One of the finest recent albums of its kosmische kind.

You may have, in the last two years or so, encountered the music of a French duo named Zombie Zombie, who employ lots of old and cumbersome synthesisers to create music that nods elegantly to cosmic 70s disco, Krautrock, prog and electro. Night Music is the debut solo album from Etienne Jaumet, who is half of Zombie Zombie, and its overall feel is less of a surprise than Zombie Zombie presumably were to anyone who checked them out on the basis of one of their members (the other half, one Cosmic Neman) playing in the decidedly un-cosmic indie-pop band Herman Düne.

In the grand tradition of the proggy excess that was rife 30-or-so years ago, For Falling Asleep – the first track of the five on this album – lasts 20 minutes and 25 seconds. It builds, almost imperceptibly, into a repetitious exploration of space that’s worthy of synth masters like Steve Hillage or German trance-rock icons Ash Ra Tempel. Even the jazz sax that arrives about halfway through reveals itself tastefully, and when it winds down for a final few minutes of deep space drone mixed with delicate harp (played by Emmanuelle Parrenin, a French folk singer who could be considered that nation’s answer to Vashti Bunyan), you feel like you’ve been spirited away to a peculiar but idyllic dimension.

While the remainder of the disc features slightly more bite-sized numbers, the general commitment to lush, nocturnal machine music remains in place throughout. Jaumet has been aided here by Carl Craig, one of the most important figures in Detroit techno and whose aesthetic has tended more towards the spacious and intellectual end of the genre, rather than its harsh and pounding side. His role was that of mixer and producer, so we the listeners can only speculate on precisely what effect his handiwork had – certainly, though, Night Music is a sonic triumph, each drum machine thump and vintage sequencer sounding like they don’t have a hair out of place. It is one of the finest examples of the revival of the ‘kosmische’ micro-genre of recent times, up there with Lindstrøm’s acclaimed 2008 album Where You Go I Go Too. 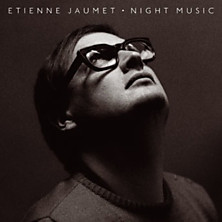