10 extraordinary facts that sum up the spirit of the Proms

The Proms has been going on for so many years, and is such a part of British cultural life, you sometimes forget what a revolutionary event it is – an enormous annual undertaking built upon highly democratic principles.

Don't know much about the Proms? Enjoy these facts and tales from across the festival's history, and take note of how cheap and easy it is to attend...

1. It was created to be the people's music festival 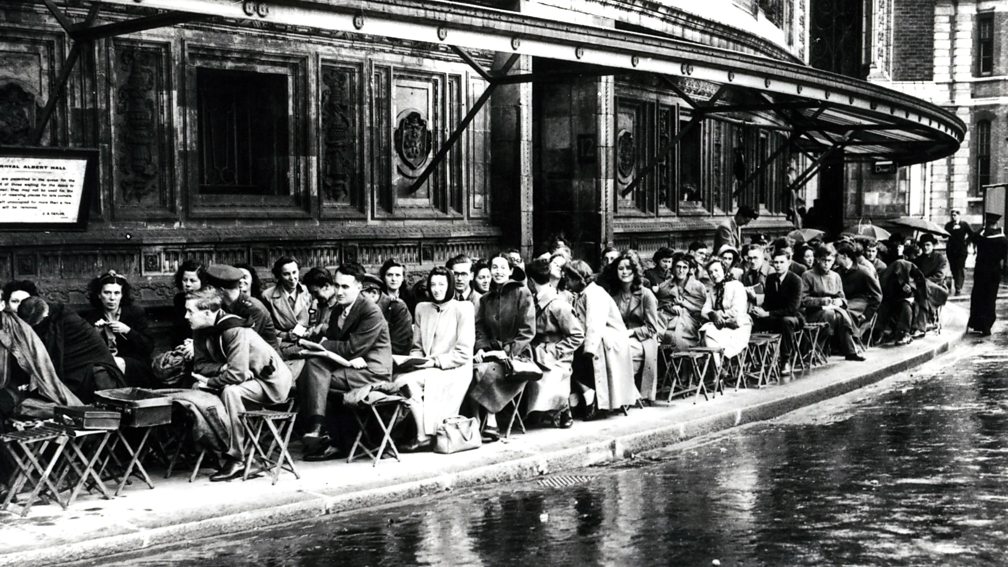 The Proms was founded in 1895 by impresario Robert Newman, who decided to plug a hole in the culturally fallow summer months by experimenting with a revolutionary kind of concert format, in which the seats in the stalls – traditionally the priciest – would be removed and a promenade created in their place. Standing tickets to watch music from the promenade, Newman declared, would be the cheapest, meaning those who paid the least would be closest to the orchestra. "And with this one act," writes Paul Kildea in The Proms: A New History, "the accepted formality and regimentation of presenting serious music was turned on its head ... the Proms is historically the most subversive undertaking in British art music."

Promming is still the cheapest way to go to the festival, and you don't need to book in advance. Up to 1,350 standing places are available daily for just £6 (£7.12, including fees, if bought online), regardless of whether the seated tickets have all been sold.

2. You can lie down and enjoy the music if you want to

Standing tickets are either for the Arena or the Gallery, and you don't need to stand in the Gallery. You can sit on the floor, or lie down, as plenty of people do. You're welcome to lie down in the Arena too, but there usually isn't enough space.

3. Prommers will go to epic lengths to attend the festival 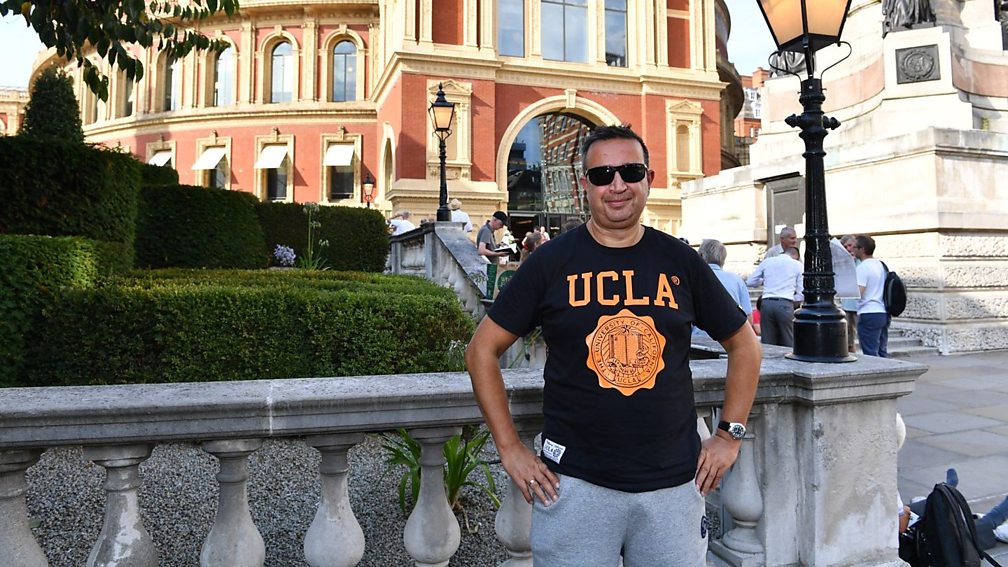 I've been living in Spain for 25 years, but I come back just for the Proms, for two months, every year

Some Prommers will try to cancel every appointment during the eight weeks of the season and go to as many concerts as they can. Like Bruce Tarlton, above, whom we spoke to outside the Royal Albert Hall in 2016. "I've been living in Spain for 25 years – I'm a primary school teacher there," he said, "but I literally come back just for the Proms, for two months, every year. It's really unique in the world. You don't get this concentrated number of concerts anywhere: this diversity, these audiences, this quality.

"The first time I came was probably about 1980. I would have been about 15. Just heading here with some friends. I've no idea what we saw, but I can remember Leonard Bernstein conducting Mahler's Fifth in 1987. That was just wonderful. I was hooked."

I've been living in Spain for 25 years, but I come back just for the Proms, for two months, every year

4. Organisers ensured that smoking and drinking were allowed

If the purpose of the Proms was to make classical music available to everyone, then it was necessary to ensure a relaxed atmosphere in the festival's original venue, Queen's Hall off Regent Street in central London. The inaugural programme included a notice stating that, "NUMEROUS refreshment & smoking rooms will be found as follows...", before listing the four places in the hall where Prommers could nip out for a cheeky smoke and drink. You could smoke in almost every part of the Hall, too.

"Smoking permitted" became a standard line of copy on Proms advertising well into the 20th century, although smokers were "politely requested to refrain from striking matches during the performance".

If there's a single person who embodies of the spirit of the Proms, it's Sir Henry Wood, who was recruited by Robert Newman to conduct the concerts. Wood remained in his post for nearly 50 years until 1944, the year of his death. Through his musical brilliance, his understanding of the British people and the sheer force of his personality, he was instrumental in the festival becoming a success.

As the Proms' maestro, he frequently came up with new arrangements of well-known pieces to suit the orchestra he was working with. Critics often complained, leading Wood in 1929 to play a joke on them. "I got very fed up with them, always finding fault with any arrangement or orchestrations that I made ... 'spoiling the original'," he said. So he passed off one of his orchestrations of a Bach piece as being the work of a Russian composer called Paul Klenovsky. The press, he continued, "fell into the trap and said the scoring was wonderful, Klenovsky had the real flair for true colour – and performance after performance was given and asked for."

It took five years for Wood to reveal the truth, after which the Times published a tongue-in-cheek tribute to Klenovsky.

6. Two World Wars couldn't stop the show from going on 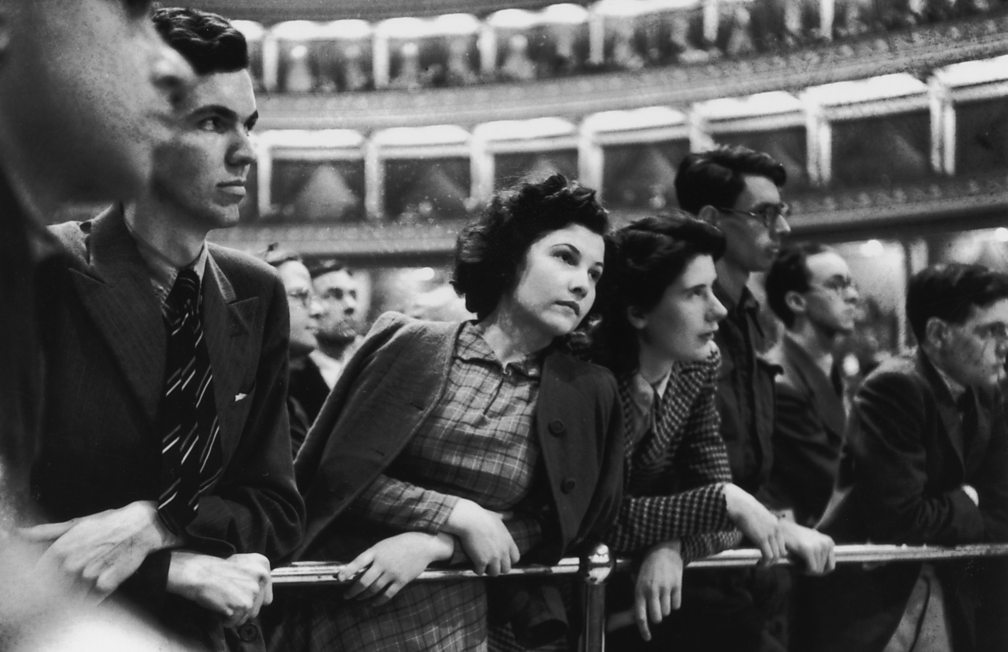 Prommers at the Royal Albert Hall, 1941

It's an astonishing fact, but the Proms has never missed a year – not even during war time, although changes were made. "Determination to keep the concerts going prompted experiments with format and timing," writes Leanne Langley in The Proms: A New History, "from matinées in October 1915 (which failed) and earlier evening start times in 1916 to shortened intervals and much lighter, brief second halves containing only an overture, two or three English songs and a march." 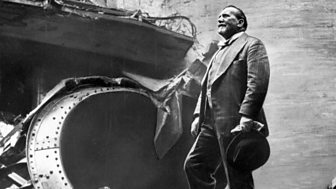 That the Proms continued throughout the Second World War (although the 1939, 1940 and 1944 seasons were curtailed) is even more remarkable. Not only did Henry Wood have to seek private investment to fund the festival after the BBC temporarily withdrew its support, Queen's Hall was bombed and destroyed in 1941, resulting in a move to the Royal Albert Hall in Kensington – Proms HQ ever since (although plenty of events take place in other venues).

7. New music has always been at its heart 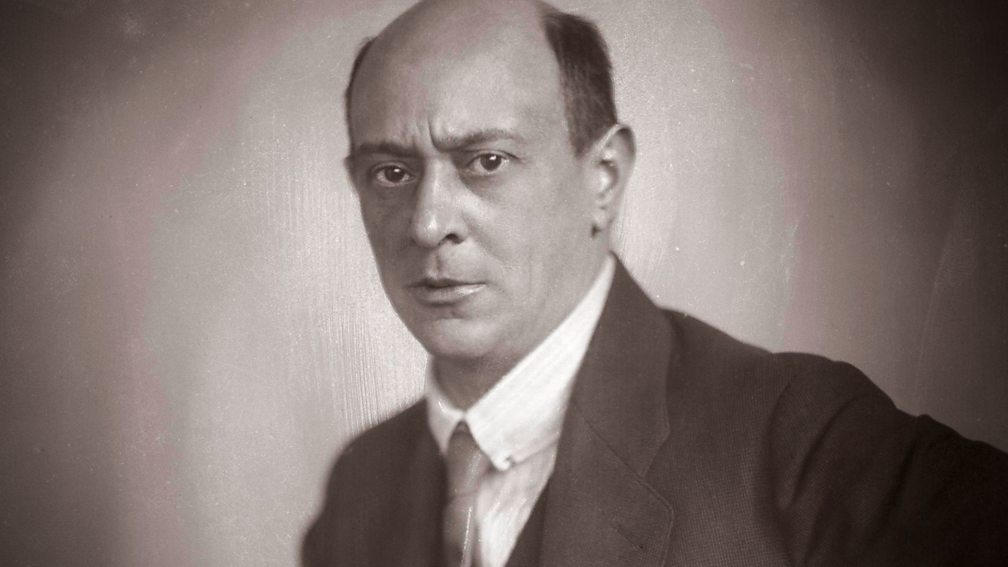 This year the Proms is showcasing over 20 world premieres of either BBC commissions or co-commissions, a further eight world premieres, and 12 UK or London premieres. And new music has always been at the front and centre of the Proms season. Some of music's most-loved pieces, like Debussy's Prélude à l'après-midi d'un faune (it's being performed this year), were given their first UK outings at the Proms. And it's impossible to overstate how important the Proms has always been to giving UK composers an audience. Some 220 new British works were performed in the first 25 years of the festival, by composers whose names we now take for granted – Edward Elgar, Ralph Vaughan Williams, Arnold Bax – and that tradition of introducing British compositional talent remains.

Some new works have famously caused confusion when first played at the Proms. "The Futuristic music was received with decorously suppressed laughter," the Daily Mail wrote about the world premiere of Five Orchestral Pieces by Arnold Schoenberg, pictured above, at Prom 15 in 1912. "A feeble attempt at applause gave rise to emphatic hissing." And equally notorious in Proms history was the premiere of Sir Harrison Birtwistle's Panic at the Last Night of the Proms in 1995, which came complete with "an obsessed-looking saxophonist wandering around bellowing like a bull in a field of cattle", as the Independent reported. Birtwistle was amused. "I thought it was fun," he told biographer Fiona Maddocks.

8. You don't need to be an expert to enjoy the Proms 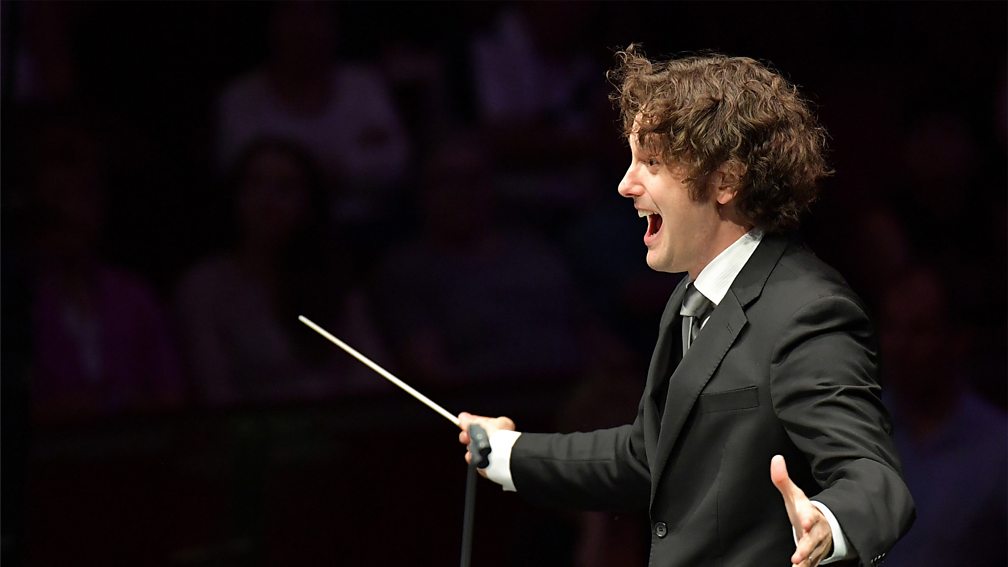 Many Proms fans fell in love with the festival simply by picking a concert at random and giving it a go, which we highly encourage you to do. Or you could just as easily attend one of the events designed to help you get under the skin of the music on offer.

Take Prom 32: Inside Shostakovich, for example, in which Radio 3's Tom Service, conductor Nicholas Collon, above, and the Aurora Orchestra "take their audience inside Shostakovich's Ninth Symphony – taking it apart to reveal its intricate construction, before putting it back together again in a complete performance from memory". Or, if you have children, you could take them to Proms 19 & 20: Ten Pieces Proms, presented by CBBC's Naomi Wilkinson and part of initiative to inspire a generation of children to get creative with classical music.

And there's also the Free Events programme, which includes talks, discussions and readings, film screenings and live recordings of radio programmes – all designed to provide context to the music being performed, and mostly taking place at the Imperial College Union next to the Royal Albert Hall. 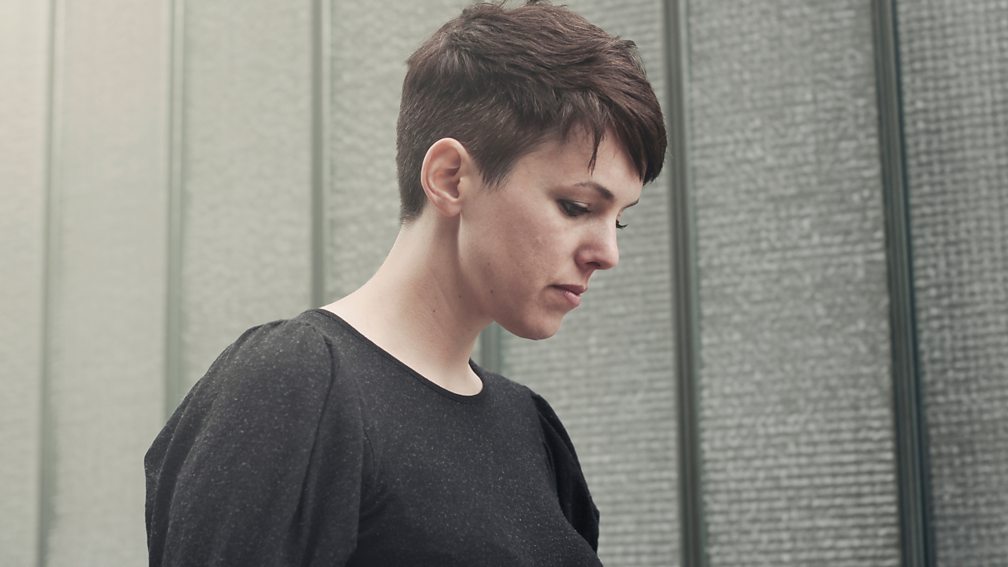 Anna Meredith (above) wrote the music for the Proms' spectacular opening; working with digital production artists at 59 Productions. Other notable projects featuring female composers in 2018 include the eight concerts at Cadogan Hall, which will present a new work for the first time. Those works have been written by women, all of whom are receiving their first Proms commission.

Furthermore, as part of the Keychange initiative, created by the PRS Foundation, the Proms has pledged to implement a 50/50 gender split on new commissions by 2022.

10. The relationship between the musicians and audience is special 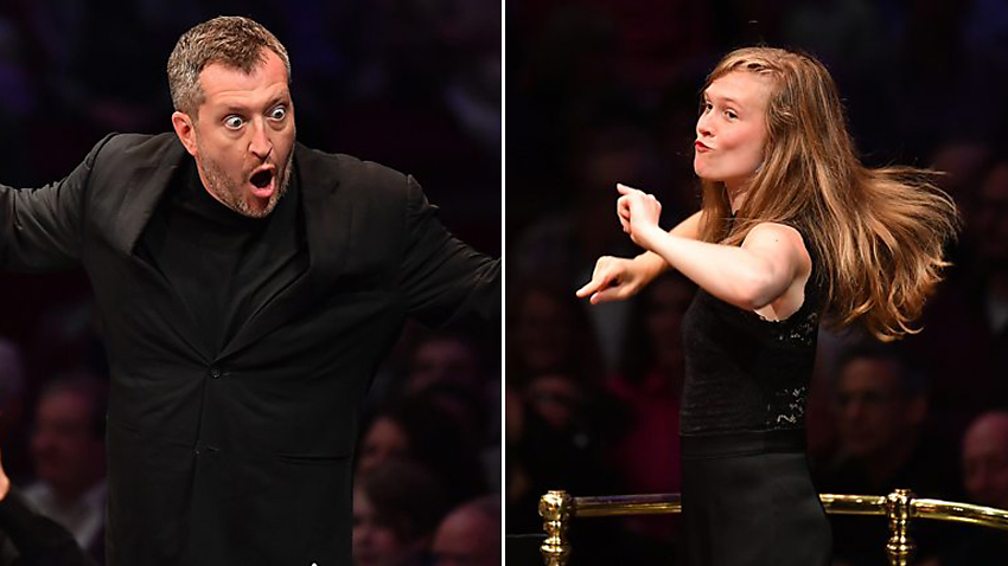 "The Proms audience is an amazing thing," conductor John Wilson told the Telegraph last year. "I can say that both as a performer and regular Proms-goer myself. It's an eclectic mix of young, old, classical aficionado and first-time concert-attender, not to mention those who happen upon the Promming queue and decide to give it a whirl. I wish every audience was as varied. The fact you can turn up on the day and pay just a few pounds to watch incredible musicians makes it very democratic."

Indeed, a special kind of relationship exists between the musicians and the audience at the Proms. "It's the ultimate showcase for great artistry and superb audiences ... the dream audience," said conductor Marin Alsop during her speech at the Last Night of the Proms 2013, but sometimes facial expressions can speak louder than words. Just have a look at these 10 conductors having the time of their lives at the 2017 Proms.