Anyone can announce an album through a series of supposedly cryptic video teasers or hints heavy-handedly dropped on social media. Some artists, however, have found more intriguing ways of divulging details of new releases.

Take Eminem, for example, who recently had fans questioning whether a series of adverts were really bad marketing campaigns for pharmaceuticals or clever notices of the rapper's long-awaited return, as NME reported. It turned out to be the latter, and Em's not the only one who's engaged their followers in a brilliant puzzle or two.

Ahead of their September-released second album Visions of a Life, north London's fast-rising indie stars Wolf Alice started mailing out mysterious postcards to their fans. Each was covered with a photo taken by frontwoman Ellie Rowsell - some of beautiful, wintry landscapes, another was of their tour manager frolicking in the sea - and named after what turned out to be track title from the album. On the back were scrawled abstract phrases, like "Who hurt you, Sadboy?" Fans worked out pretty quickly that those messages were lyrics lifted from the then-unannounced record and took great delight in comparing their surprise mail with other supporters.

Massachusetts rock trio PVRIS had a slightly macabre way of letting know fans they were back with a second record, but their chosen tactic for teasing their followers was actually pretty fitting given their album's title, All We Know of Heaven, All We Need of Hell, which was released in August. Alongside an abstract black-and-white video teaser, they shared a funeral notice that read, "In loving remembrance of PVRIS," and, "Gone but not forgotten." The back of a sealed envelope initially tricked fans into thinking the worst, before swiftly revealing the joke: "We regret to inform you that the contents of this envelope bear unfortunate information and instructions regarding the second full length record of the band PVRIS." What pranksters.

Laying out oblique puzzles for fans isn't just a trick used by returning acts. Debutants Creeper made ingenious use of the move to announce their first record Eternity, in Your Arms earlier this year. The English punk band went to more effort than most, too, launching a fictional paranormal investigation via a series of websites and clues about the disappearance of a man called James Scythe, which were found around their hometown of Southampton. There were podcasts recorded by the missing man, a telephone hotline, maps pointing to Solihull, and stories of an ominous entity called "The Stranger", making this the most Blair Witch album announcement going.

By the time they were ready to announce their 2014 fifth album, Kasabian had already cemented their place in modern indie's hierarchy with four platinum records and a Reading + Leeds headline slot under their belts. So it was a little odd to see Tom Meighan and Serge Pizzorno donning white overalls and getting their hands dirty as they painted the outside of a shop in East London a luminous pink. Even more puzzling was the black timestamp, 48:13, they daubed on top of the bright base - that is, until it was revealed to be the title of their record.

Aphex Twin in the skies and deep underground

One day in 2014 a green blimp appeared over London adorned with the year and Aphex Twin's logo. It had been 13 years since Richard D. James's last record, Drukqs, and so his sudden aerial presence set fans speculating that his comeback was nigh. They were right, but the techno pioneer made them work a little harder for all the details. As you might expect from an artist who is infamously elusive, the announcement of Syro didn't come via your traditional media mouthpieces. Instead, he tweeted a link that only worked via Tor, a browser typically used for viewing things on the dark web. Once fans made it there, they were rewarded with the album's artwork and tracklist.

It's probably fair to say not many people peruse the classified ads in newspapers unless they're specifically looking for something. But any intrepid indie fan browsing those pages of the New York Times on 4 February, 2013 will have been glad they were. There, in the Notices & Lost and Found section, was a simple message: "Modern Vampires of the City. May 7, 2013." It was a lovely way for Vampire Weekend to announce their third album, but it's worth noting that the group had already confirmed the release date for the record, and, perhaps fearing the fee for the ad would be wasted, they tweeted, "NYT Classifieds…", on the afternoon the newspaper was published.

There was a point in 2013 when, if you were walking around London, you really had to keep your eyes peeled. If you didn't, you might miss a mysterious new piece of graffiti spelling out the word "Reflektor". The same word appeared stencilled on pavements and walls in other cities around the world, too, like an army of amateur Banksys all braced with the same misspelled message. That, it turned out, was almost exactly what was happening - except the artists had been sent on their mission by Arcade Fire in a bid to subtly announce their fourth album.

Boards of Canada get coded

If you've been away for eight years, do you really want to return with a standard press release confirming the details of your latest work? It seems like Boards of Canada certainly didn't, with the Edinburgh electronic duo going to great lengths to conceal their comeback. First, they hid a 12" release in certain shops on Record Store Day in 2013. Once fans had found those and put a needle in their grooves, they found each contained a 20-second recording of a six-digit number. That sequence was useless on its own, though - they needed to share their information with each other to gain access to a video on the band's website announcing their fourth studio album, Tomorrow's Harvest. Phew. 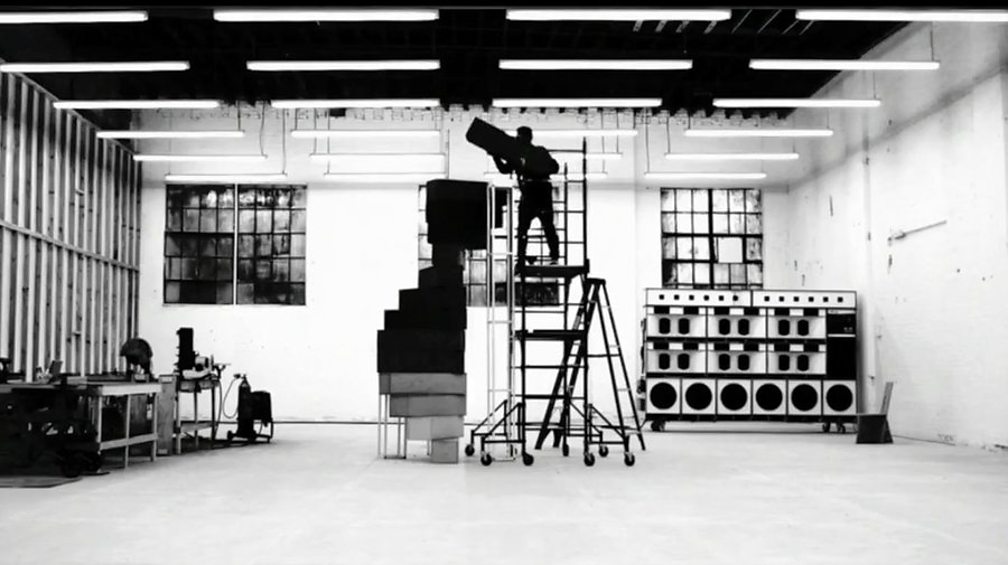 Last summer, the world was thirsty for Frank Ocean's long-awaited return. So when he popped up on an online livestream getting stuck into some carpentry, fans were glued to their screens. They were convinced the end result would confirm his second album, then speculated to be called Boys Don't Cry. They were almost right - instead, after 140 hours of watching the enigmatic star build what turned out to be a staircase to nowhere, soundtracked by several new songs that were drip-fed to fans slowly, he rewarded their patience with visual album Endless, and then released his second studio album proper, Blonde, the day after.

Marilyn Manson knows where you live

Leave it to Marilyn Manson to opt for the most sinister manoeuvre on this list. In honour of his recent single We Know Where You F****** Live, the master of the dark opted to send 25,000 of his fans an email lifted straight from a horror movie. As you might have guessed from the track title, it involved him letting them know he knew their addresses - via an aerial video that zooms in on their houses. Luckily, if you're a Manson fan you're probably not the type to be easily shaken, given his reputation.