Dirty cash? The most shocking private gigs in music history

What's the best way for a pop star to make a quick million? Write a bombastic hit? Go on a world tour? Play the lottery like the rest of us?

For a quick - but questionable - buck, the best plan might be to hop on a plane and perform for the world's rich and famous, perhaps at a dictator's birthday or an autocrat's family wedding.

It's hard to keep such shows secret. Everyone from Sting to Beyoncé to Queen has done them, some knowingly, others not; some apologising immediately afterwards, some defiantly justifying the show. And, in a few cases, the stars have happily played them, despite a storm of bad publicity blowing up before the gig.

1. Sting plays for the dictator of Uzbekistan's daughter, 2009 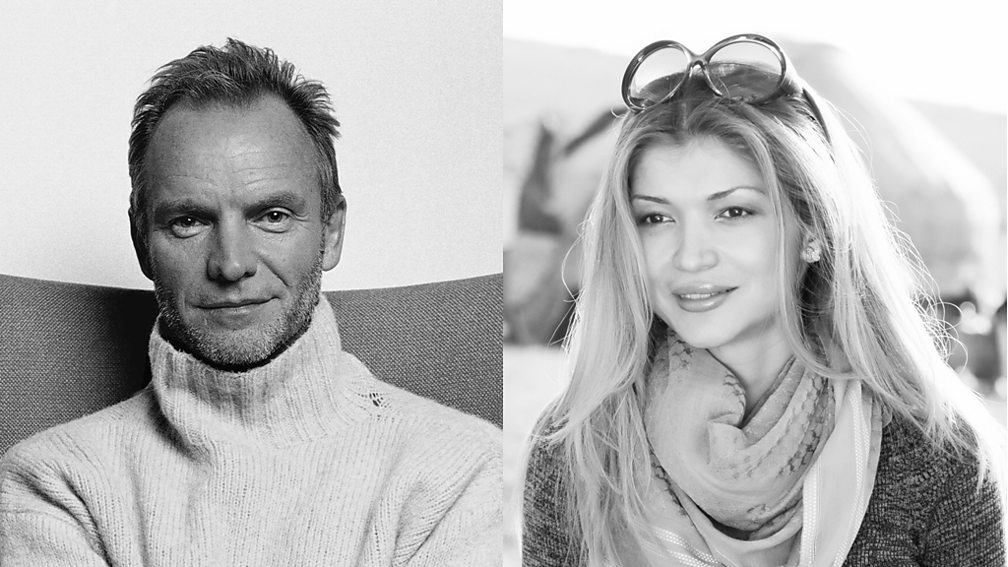 In October 2009, Sting was reportedly paid over £1 million to play a show organised by Gulnara Karimova, the daughter of Islam Karimov - Uzbekistan's dictatorial leader for 27 years (he died in September 2016).

The concert was somewhat surprising given Sting's reputation for supporting environmental and humanitarian causes. In 2002, a UK ambassador to Uzbekistan, Craig Murray, accused Karimov of siphoning water from the Aral Sea for irrigation projects, causing it to shrink dramatically, and in their obituary, BBC News said: "Karimov's near-monopoly on power was enabled by stifling dissent. Opposition politicians and human rights campaigners have been jailed or thrown out of the country."

Sting was unrepentant. "I am well aware of the Uzbek president's appalling reputation in the field of human rights as well as the environment," he said in a statement. "I made the decision to play there in spite of that. I have come to believe that cultural boycotts are not only pointless gestures, they are counter-productive, where proscribed states are further robbed of the open commerce of ideas and art and as a result become even more closed, paranoid and insular."

Sting is by no means the only Westerner to have got caught up with Gulnara. In the mid-2000s, she tried to launch a pop career and recorded a duet with Julio Iglesias. She later fell out of favour with her father and was placed under house arrest, and last year was accused of corruption herself. 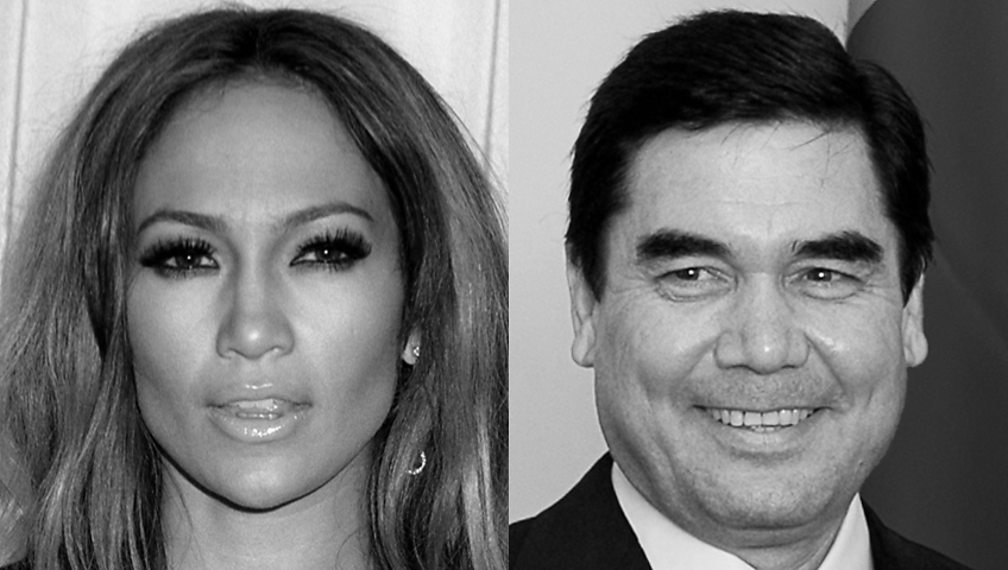 Jennifer Lopez got into hot water in 2013 when she sang happy birthday to Turkmenistan's leader Gurbanguly Berdimuhamedow, during a concert hosted by a Chinese oil firm. Lopez's publicist said the singer had been unaware of the country's human rights record - described by Human Rights Watch as "among the most repressive in the world" - and would not have performed there if she had been.

Berdimuhamedow is slightly less of a dictator than the country's previous ruler, Turkmenbashi: a man who renamed April after his mother, banned lip-synching and closed all hospitals outside the capital city. He even wrote an autobiography called the Ruhnama that was meant to be as much a spiritual guide to the country's people as the Quran, and which you could apparently be asked about on your driving test.

3. The Gaddafi family's love of pop, RnB and hip hop 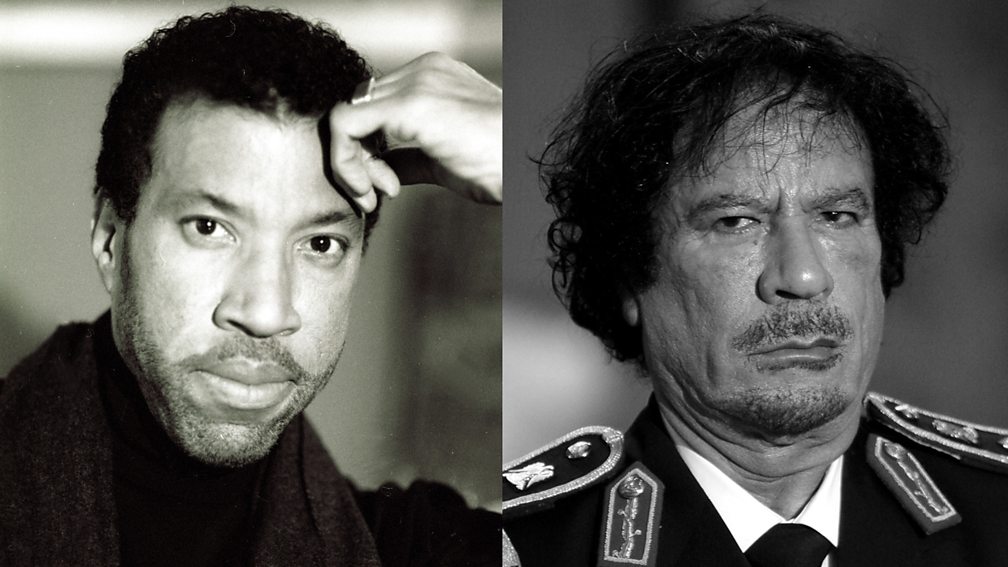 Can any dictatorial family claim to have loved American music as much as the Gaddafis? In 2006, Lionel Richie played a concert for 'Brotherly Leader' of Libya Colonel Gaddafi - or Mad Dog, as Ronald Reagan called him - to commemorate the 20th anniversary of American air raids on the country's capital, Tripoli. Richie did not seem concerned that those raids had been launched in response to alleged Libyan involvement in the bombing of a German nightclub.

The following year, pop singer Nelly Furtado was paid a reported $1 million from the "Gaddafi clan" for a 45-minute personal set at an Italian hotel. When that later came to light, she quickly announced she would donate the fee to charity. Rapper 50 Cent performed at one of the family's events, too - in 2005, during the Venice Film Festival. While Beyoncé, Mariah Carey and Usher all played at New Year's Eve parties for one of Gaddafi's sons, Mutassim, on the Caribbean island of St Barts (Beyoncé donated her fee, reported to be $2 million, to charity).

Those final concerts ended up playing a strange part in power struggles between Gaddafi's children, some trying to use them to show Mutassim was unfit for power, according to diplomatic cables released by Wikileaks. But that became irrelevant when Colonel Gaddafi was deposed and killed in 2011. 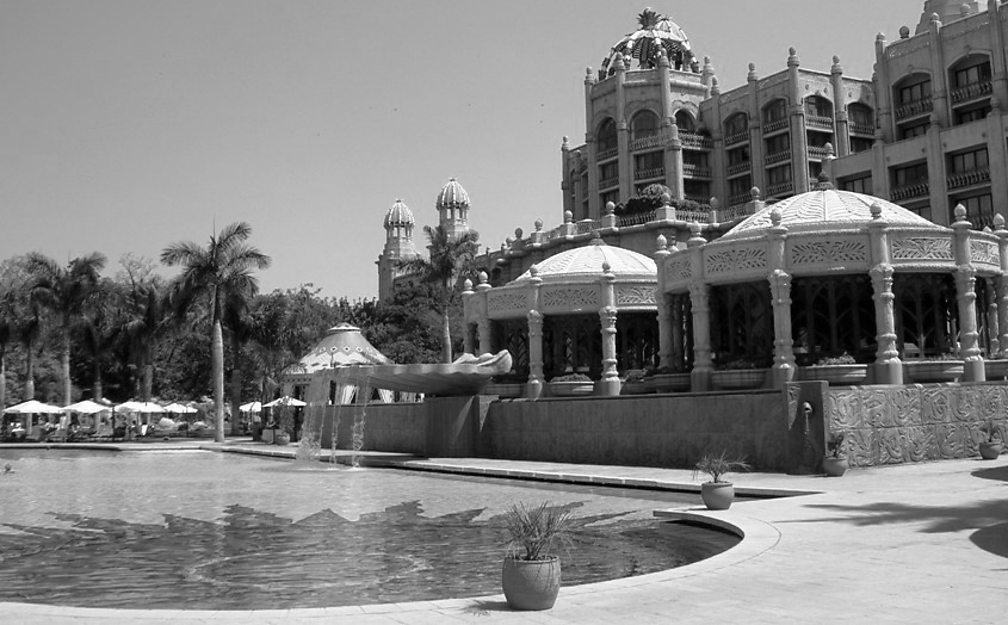 In the early 1980s, the list of singers and musicians willing to break the United Nations' cultural boycott of South Africa was long. Literally hundreds of performers, including Dolly Parton, Queen, Elton John and Liza Minnelli, played gigs at the Sun City resort in Bophuthatswana - a nominally independent "homeland" for black people created by the South African government to justify its racist policies. The money explains why: Frank Sinatra reportedly received $2 million for a weekend of shows. Stevie Wonder turned down the same amount, as did the likes of Ella Fitzgerald and Tony Bennett.

"We've thought a lot about the morals of it," said Brian May of Queen at the time of their 1984 performance, "and it is something we've decided to do. The band is not political - we play to anybody who wants to come and listen."

When Liza Minnelli played, she told a press conference she didn't mind playing the venue as long as the audience was integrated. The New York Times reported that at the first show in her run there were no more than 200 non-white people in an audience of 4,500, and only one of those was in the expensive seats.

Most performers went on to apologise for breaking the boycott, and insisted they would not play there again until apartheid ended.

In 2015, Nicki Minaj celebrated Christmas early by playing a concert in Angola, put on by a mobile phone company. Unfortunately for her, the company is part-owned by the family of Angola's president, José Eduardo dos Santos - a man who has ruled the country since 1979 and long been associated with corruption and human rights abuses. Nicki didn't seem concerned when the news was revealed worldwide, going ahead with the show and posting on Instagram a picture of herself with dos Santos's daughter, Isabel (above), with the comment: "Oh no big deal...she's just the 8th richest woman in the world….GIRL POWER!!!!! This motivates me soooooooooo much!!!!" Nicki also made a vlog of the trip showing her being chased by screaming fans.

Mariah Carey received a rumoured $1 million in 2013 for performing at a similar event. 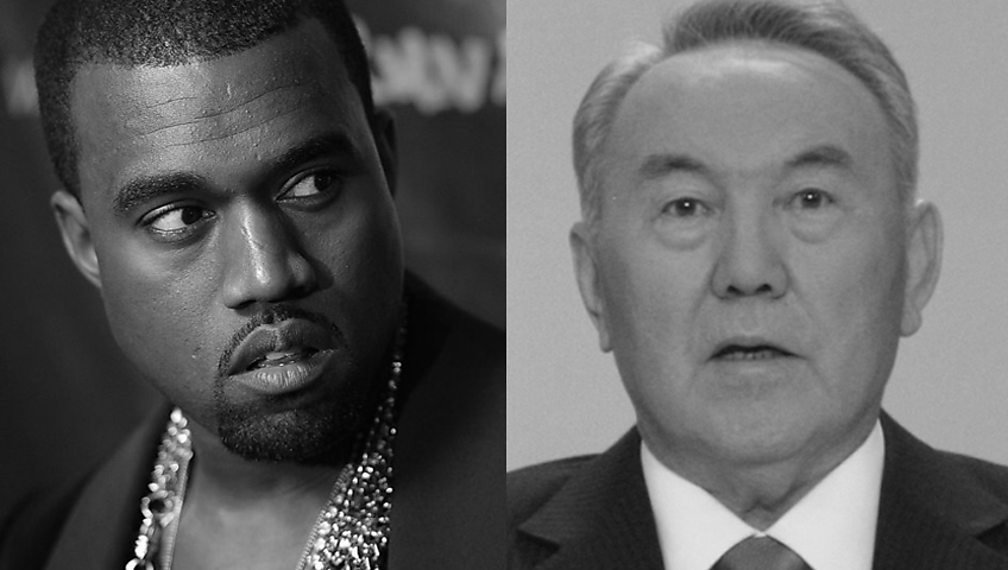 In 2013, Kanye West accepted a reported $3 million to play at the wedding of the grandson of Kazakhstan's long-term leader, Nursultan Nazarbayev. It drew unsurprising complaints from human rights groups, as Nazarbayev's rule has long been considered repressive.

Incidentally, Nazarbayev is one of the world's most musical leaders. He is an expert on the dombra, Kazakhstan's national instrument, co-wrote his country's national anthem and has also apparently penned songs for some of its biggest pop stars.

7. Erykah Badu sings happy birthday to the King of Swaziland, 2014 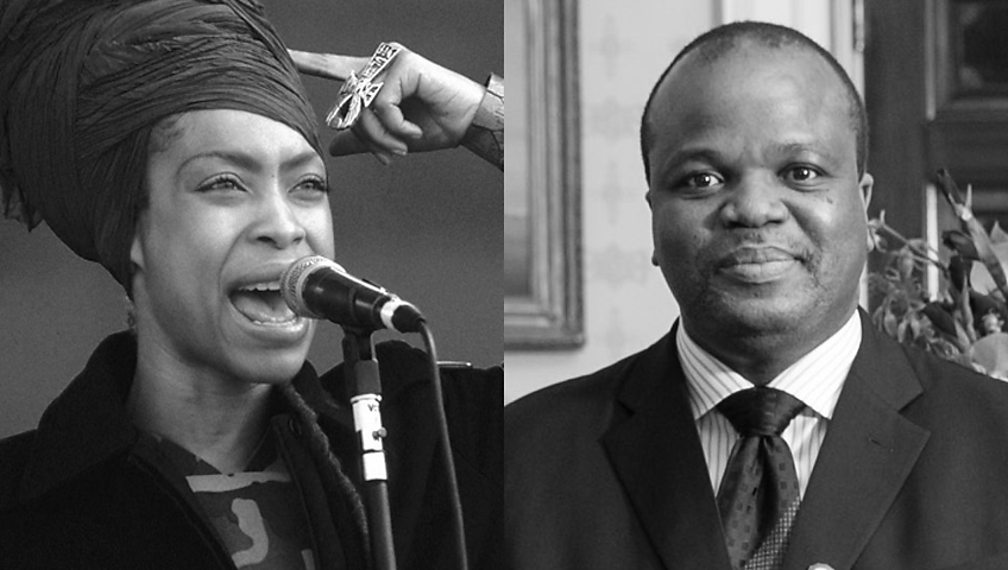 If any musician has gone out of their way to explain why they played a controversial show, it's soul singer Erykah Badu. In 2014, she was heavily criticised for singing happy birthday to the King of Swaziland, Mswati III, Africa's last absolute monarch. Badu quickly gave an interview to the Dallas Morning News, her local newspaper, explaining it was just a last minute favour for a friend, and saying she did not have the faintest idea about the politics of the country. "This is an opportunity for groups claiming they are for the rights of humans to shine a spotlight on this situation using me as a tool," she said. "The people that I've walked with for the past 15 years know who I am and how I move and need no explanation. The people who don’t know won’t understand anyway, so why explain?"

Although she did quickly point out that she did not profit from the event. "All the money that I got from the trip I gave to the servants in the house [I was staying in]."

8. An oligarch's Christmas - with Boney M. 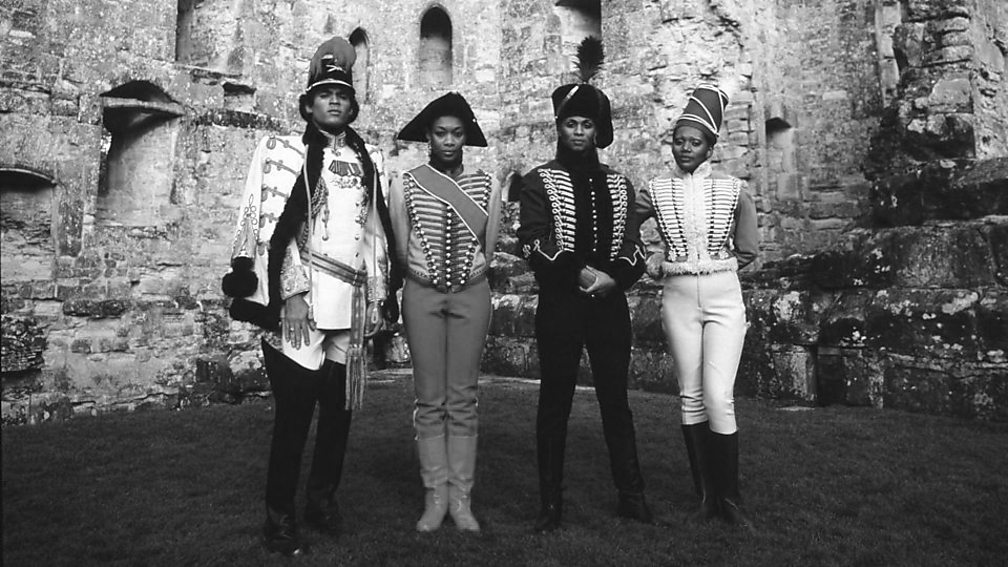 Pop stars have long had a lucrative sideline playing gigs for Russia's rich and famous, as well as corporate Christmas parties in the country. Everyone from Snoop Dogg to Amy Winehouse - who reportedly made almost £1 million for a 40-minute show in 2010 - have played for Russian businessmen. But the group most associated with such concerts is, bizarrely, 70s disco act Boney M. whose fee was reportedly just $50,000 a night. In 2010, Boney M.'s front man Bobby Farrell died of heart failure the night after performing one such show in St Petersburg.

For any curious musicians reading, such gigs have started to get scarcer due to the economic situation in the country. But there's always hope of a rebound.