8 tunes you'll hear differently once you know who wrote them

Behind the scenes in pop, famous writers are asked to come up with jingles and theme tunes that become so ubiquitous it's often a surprise to find out who wrote them. And songs that become huge hits frequently become far more closely associated with their singer than their writer, just as Sinead O'Connor's Nothing Compares 2 U and The Bangles' Manic Monday have, both of which were penned by Prince.

Here's a selection of other tunes you've heard countless times, but may not know who's been receiving the lion's share of the royalty cheque for... 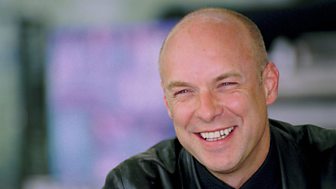 Those with long memories or a very old computer will remember that the early attempts by Microsoft to use interesting startup music fell flat. The sound for their 1992 operating system, Windows 3.1x, was a rather jarring and not-very-popular electronic fanfare, resulting in the company asking ambient music master Brian Eno to come up with something better for Windows 95. He got to work on a Mac, he told Radio 4's Museum of Curiosity in 2009 - "I've never used a PC in my life; I don't like them" - and tried to meet a brief that was "about 150 adjectives" long. "The piece of music should be inspirational, sexy, driving, provocative, nostalgic, sentimental," Eno recalled, "and then at the bottom it said, 'And not more than 3.8 seconds long.'"

His final piece clocked in at over six seconds and is fondly remembered. In 2015, to celebrate its 20th anniversary, Ideoforms slowed it down 4,000 per cent to create an eerie 3:54-minute soundscape.

The famous BBC Arena theme tune was also written by Eno, but it wasn't a specific commission - it's the title track from his 1975 album Another Green World. When Arena moved out of BBC's Television Centre in 2013, they made a short film (above) about the many letters that they'd been sent over the years asking what the music was. 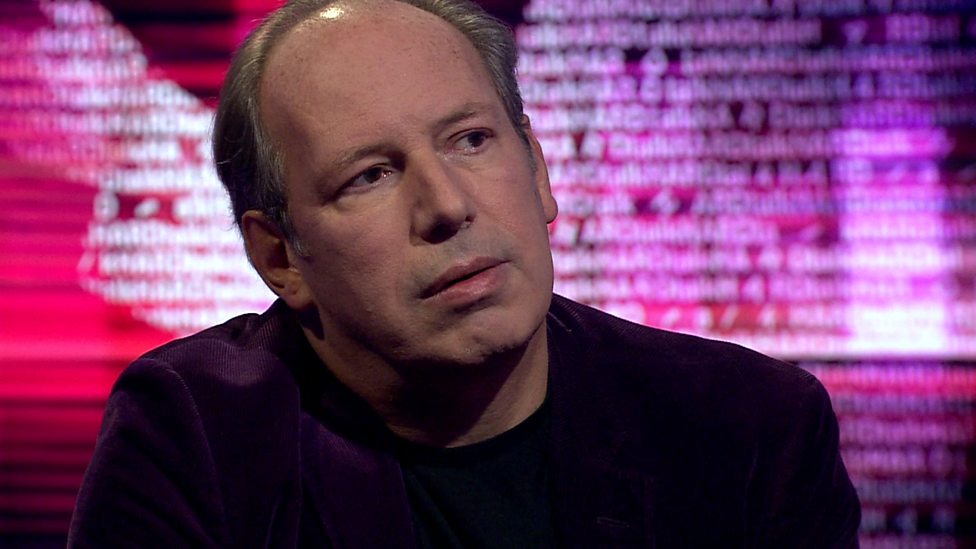 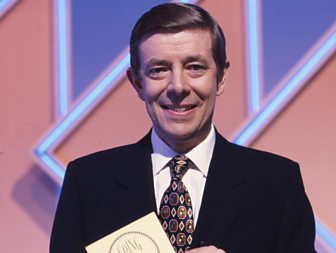 While we're feeling nostalgic, who remembers the game show Going for Gold presented by Henry Kelly? Broadcast on BBC One between 1987 and 1994 (before being revived by Channel 5 in 2008-2009), it was a post-Neighbours daytime favourite of the elderly, the unemployed and students. If you do, you'll also remember its Europop theme tune, which begins: "Going for... GOLD! The heat is on, the time is right, it's time for you, time for you, to play your game!"

Did you know the theme was written by Hans Zimmer (with Sandy McClelland)? Zimmer would go on to score more than 150 films, including The Lion King, for which he won an Oscar, Pirates of the Caribbean, Gladiator, Inception and Interstellar, as well as the main theme for Planet Earth II and hit Netflix series The Crown.

"Going for Gold? I'm not ashamed of it!" Zimmer told the Guardian in 2014. "It paid the rent and opened up all sorts of doors. I will admit to it: we all have to have our guilty little somethings!" 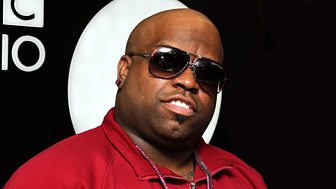 It's quite hard to imagine CeeLo Green having a Eureka moment for a song in the shower, wrapping a towel around himself then writing on a piece of paper: "Don't cha wish your girlfriend was hot like me." But something like that happened to the Goodie Mobb rapper in 2004. He originally gave the song to Tori Alamaze, an Outkast backing singer, but her version only made it to No.53 on the Billboard R&B chart. It was The Pussycat Dolls, with a rap added by Busta Rhymes, that made Don't Cha a global smash in 2005, right before CeeLo had a worldwide hit as performer with the Gnarls Barkley track Crazy in 2006.

The next big CeeLo hit was 2010's Forget You and that also has an unexpected writer - it was composed by Bruno Mars (with CeeLo). 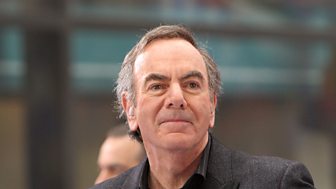 If you had no idea that American singer-songwriter Neil Diamond wrote Red Red Wine, take comfort from the fact that neither did UB40 when they recorded it for their 1983 album of covers, Labour of Love. The Birmingham group were familiar with a 1969 reggae version by Tony Tribe and, as pop legend has it, the penny didn't even drop when the writer of the song was credited by UB40 as "Diamond".

Neil Diamond is reported to love UB40's version, often playing the song himself in their style, and he's no doubt very thankful for the royalty cheques he's been receiving over the years: UB40 have sold a million copies of Red Red Wine in the UK alone, and when it was re-released in 1988 after the band played it at Nelson Mandela 70th Birthday Tribute, it became a US No.1. Naturally, as the Mirror reported, you can also buy UB40-branded Bordeaux.

The Weather Girls - It's Raining Men 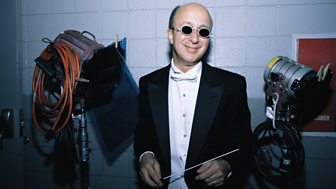 Paul Jabara may not be a familiar name to you, although he was an accomplished musician and songwriter who penned hits for Donna Summer and Barbra Streisand, but you'll certainly know Paul Shaffer if you ever saw an episode of David Letterman's US talk show, which ran from 1982 to 2015. Shaffer was Letterman's musical director and wisecracking sidekick and with Jabara he wrote It's Raining Men, which they originally offered to Diana Ross, Cher, Donna Summer and Streisand. When The Weather Girls finally recorded the song in 1982, it became a sleeper hit in the US, never making the Top 40, but we loved it here and sent it shooting up the charts to No.2. It's now sold now over six million copies worldwide.

Geri Halliwell recorded the song in 2001 and had a UK No.1 with it. It remains her most successful solo single.

6. Do the Bartman - Bryan Loren and... Michael Jackson? 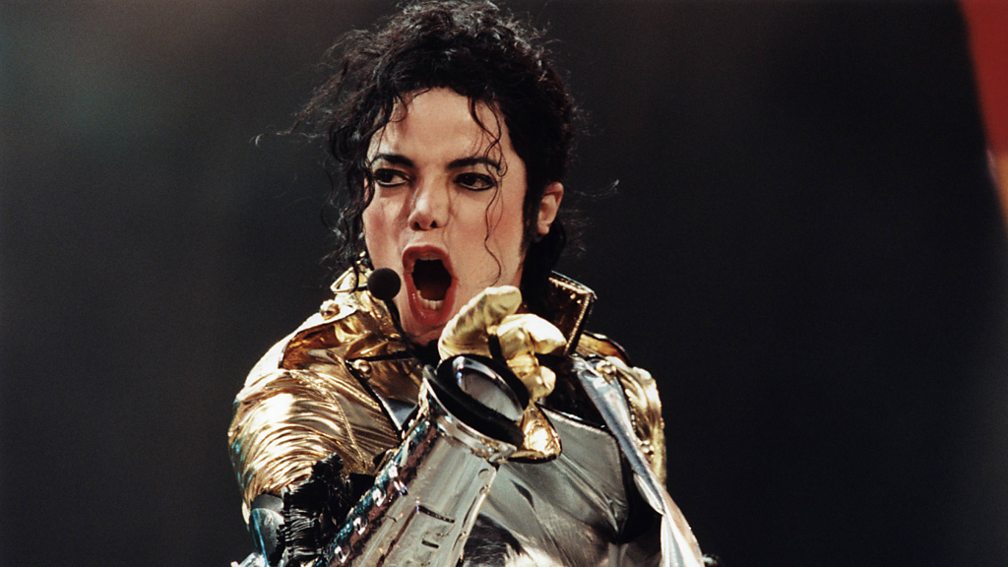 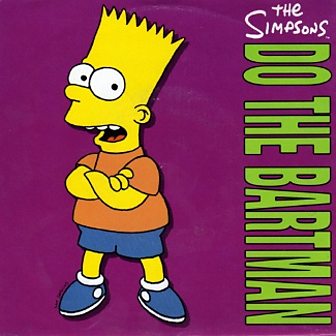 Michael Jackson loved The Simpsons but for many years it was only a rumour that he'd had a hand in Bart's 1990 spin-off single Do the Bartman (a UK No.1), leading in fact to an executive producer to issue a denial. It wasn't until 1998 that Simpsons creator Matt Groening fessed up, telling an audience at the World Animation Celebration convention in California that Jackson's contribution to the song - co-writing it with Bryan Loren - had to be hidden because he was under contract to another record label.

Loren, however, denies that Jackson was a co-writer. When Music Business Worldwide reported in 2015 that the rights to the song had been sold, Loren contacted the site to say: "The story of the song and its creation has been a thorn in my side since I did it. But, despite Matt Groening's repeated confessions, I am the sole writer of the song. While it's true, along with me, Michael Jackson does sing backing vocals. And it WAS his idea to call the song Do the Bartman. AND, he did insist I include his name in the lyric. Hence, 'If you can do the Bart, you're bad like Michael Jackson.' And so, obviously, he was involved. Perhaps this tidbit of info is not as sensational as saying MJ co-wrote the song, but I assure you, he did not."

One of the most unlikely quotes about two great rock stars comes from David Bowie when he said about John Lennon: "Whenever the two of us got together it started to resemble Beavis and Butthead on [CNN debate programme] Crossfire." They were great pals, and occasional collaborators. It's Lennon who interjects "Fame!" as a backing vocal on the classic Bowie track of the same name, and he's credited as a co-writer on the song too, along with Bowie and guitarist Carlos Alomar.

Bowie had invited Lennon to New York's Electric Lady Studios in January 1975 hoping that he might work on a cover of the Beatles track Across the Universe that Bowie wanted to include on his forthcoming Young Americans album. Lennon played acoustic guitar and sang backing vocals, and also jammed on a guitar riff that Alomar had pulled from the 1961 track Footstompin' Pt 1 by The Flares. Lennon yelped "Aim!" over the riff, thereby setting in motion the writing of the rest of the song, which would go on to give Bowie his first US No.1. 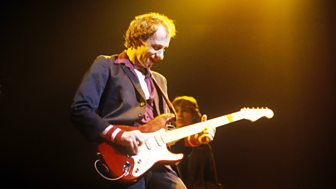 The video was filmed at the Rivoli Ballroom in London and suggests the song is about a disgruntled contemporary dancer. Others have taken the song, with its chorus of, "I'm your private dancer / A dancer for money / I'll do what you want me to do," to be about prostitution and Tina Turner herself isn't sure, saying in a 2004 interview with her fan club: "I wasn't sure whether the girl was a hooker or a very classical private dancer but I thought I'd take it."

The song was written by a man - Mark Knopfler, who originally imagined it could be recorded and released by his band Dire Straits on their 1982 album Love over Gold. He got as far as laying down the backing track before deciding it should be sung by a female. Turner recorded in two years later with Jeff Beck playing guitar.