Deliberately bad: Are these the worst pieces of music ever? 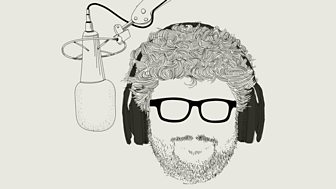 As Tom Service discussed in a recent episode of Radio 3's The Listening Service, when it comes to music, taste is subjective, and tunes you love will no doubt appal others, and vice versa.

But what about when music is created to be intentionally terrible? That might sound like a wild thing to attempt, but have a glance through pop history and there are plenty of examples of musicians doing their best to make an awful noise.

Why? Previously, we looked at bands who may have released poor music to get out of their record contract; what follows are other reasons for embracing the bad... 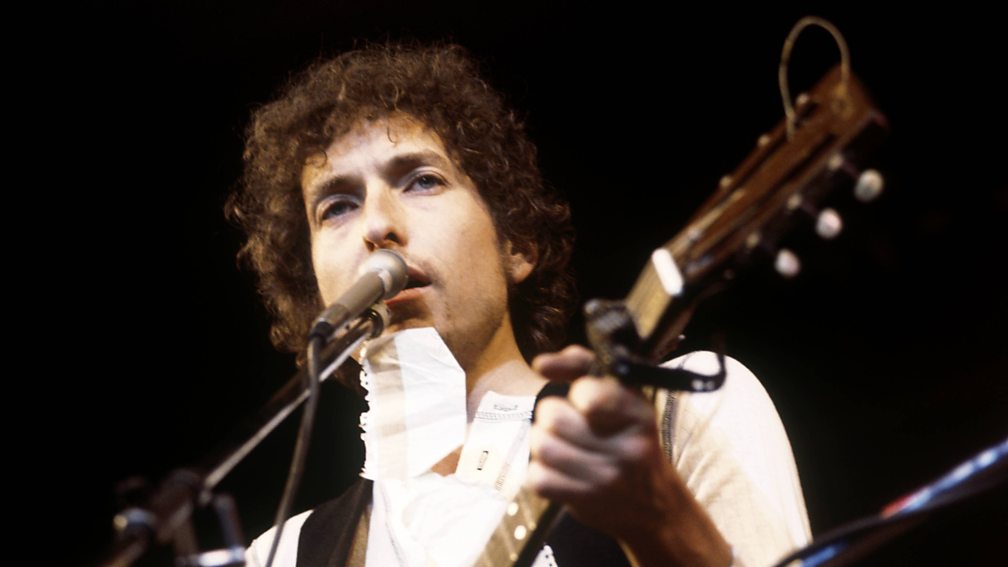 Did Bob Dylan attempt to sabotage his career by releasing a duff album of covers and barely-thought-through originals, Self Portrait, in 1970? He certainly once claimed he did, but in typical Dylan fashion, he's also suggested other reasons for Self Portrait's curious existence.

"What is this s***?" began Greil Marcus's famous review for Rolling Stone, and in the same magazine 14 years later, Dylan offered a long-winded explanation, suggestive of career sabotage. He said that he was unhappy living in Woodstock, New York at the time of the famous festival in 1969, and being labelled a spokesman of what he called the "Woodstock Nation". So he moved back to New York City, only to find "Woodstock Nation" people there too. He cracked: "There'd be crowds outside my house. And I said, 'Well, f*** it. I wish these people would just forget about me. I wanna do something they can't possibly like, they can't relate to. They'll see it, and they'll listen, and they'll say, 'Well, let's get on to the next person. He ain't sayin' it no more. He ain't given' us what we want,' you know?"

I wanna do something they can't possibly like, they can't relate to
Bob Dylan

That didn't happen, despite the terrible reviews for Self Portrait, and come 1985, Dylan came up with a different reason for the album's existence to writer Cameron Crowe: "I was being bootlegged at the time and a lot of stuff that was worse was appearing on bootleg records. So I just figured I'd put all this stuff together and put it out, my own bootleg record, so to speak. You know, if it actually had been a bootleg record, people probably would have sneaked around to buy it and played it for each other secretly."

Was Self Portrait a kind of black joke? It certainly seemed to be. Dylan said of making it a double album, "If you're gonna put a lot of c*** on it, you might as well load it up!" and, in 2013, he released The Bootleg Series Vol. 10: Another Self Portrait (1969-1971), comprised of demos, alternative takes and unreleased songs from the sessions for Self Portrait and its follow-up, New Morning. And who did he get to write the sleeve notes? Greil Marcus.

I wanna do something they can't possibly like, they can't relate to
Bob Dylan

Tom Service talks about the fascinating Portsmouth Sinfonia project in the above episode of The Listening Service, and they've also been the subject of an excellent episode of Radio 4's In Living Memory. Were they an art project? A Les Dawson-style satirical joke? A serious investigation into what music actually is? Probably a bit of all three things, as well as being a decidedly British experiment.

The orchestral group was formed by composer Gavin Bryars in 1970 at the Portsmouth School of Art and made up of students who either had no music training or, if they did, they were asked to play an unfamiliar instrument (with occasional exceptions). The results, as you can hear from the below clip of the Sinfonia performing Richard Strauss's Also sprach Zarathustra, were laugh-out-loud funny and led to the group calling themselves "the world's worst orchestra". Nonetheless, they caught the public imagination, and attracted the interest of composer Michael Nyman and Brian Eno, who joined them playing clarinet and produced their first two albums. They also won enough fans to secure gigs at London's Royal Festival Hall and the Royal Albert Hall, and never officially split up, although they last performed in 1979.

In effect, they took being really bad very seriously, but what was the point of the project? In the above In Living Memory episode, members of the orchestra suggest a number of different reasons, from being an exercise in the avant-garde and/or experimental music; pure entertainment; an opportunity for those not gifted in playing music to experience the pleasure of doing so; and musical anarchy.

Perhaps the Portsmouth Sinfonia took inspiration from The Bonzo Dog Doo-Dah Band, also an art-school project with a sense of humour. On their 1967 debut album Gorilla, they tried techniques that the Sinfonia later, er, aped - including, as they say in the above Radio 4 documentary, deliberately swapping instruments to make them sound more amateur.

The pun on the track Jazz, (Delicious Hot, Disgusting Cold) was to parody their trad jazz roots by playing as badly as possible, but there's also some great music on Gorilla that hints at the more straight-ahead, but no less absurdist, rock that would make their name on their 1967 second album, The Doughnut in Granny's Greenhouse. 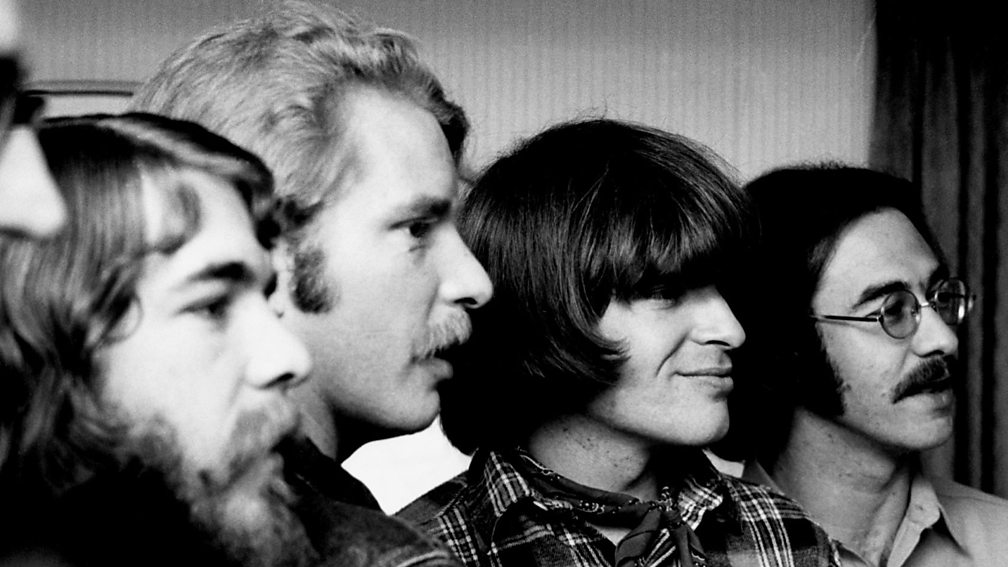 American rock band Creedence Clearwater Revival were approaching burn out as they entered the studio to record their seventh album in four years in 1971-1972. Rhythm guitarist Tom Fogerty, the brother of band leader/singer John Fogerty, had left the group, allegedly over a dispute about taking a greater creative role. The rhythm section Stu Cook (bass) and Doug Clifford (drums) are thought to have also wanted more of a say in Creedence's musical direction, so John - perhaps with some anger - suggested they write and sing some songs for the album.

The bomb exploded and we never worked together again
John Fogerty

Mardi Gras became a decidedly patchy affair, made up of three John Fogerty songs and a cover of him singing Ricky Nelson's Hello Mary Lou, alongside some poor material (and singing) from Cook and Clifford. The reviews were harsh. "In the future, Mardi Gras may be known as Fogerty's Revenge," wrote Jon Landau in Rolling Stone. "After all the carping about his egotism, and after the published complaints from his co-workers about his hogging the show, he has done what I never thought he would: allowed his cohorts to expose themselves in public."

Landau ended: "The result is, relative to a group's established level of performance, the worst album I have ever heard from a major rock band."

So, an album that John intended to be bad, you could argue, to derail the group. They toured the record as a trio, then disbanded after. In the 1990s, Fogerty reflected on Creedence's demise saying: "They [the other band members] were obsessed with the idea of more control and more influence. So finally the bomb exploded and we never worked together again."

The bomb exploded and we never worked together again
John Fogerty

Country House is the Blur song that was pitched against Oasis's Roll With It in a race for No.1 in 1995, creating the so-called Battle of Britpop, which NME hyped with a boxing bout-styled cover. The chart fight made it onto News at 10, presented by a rather bemused-looking John Humphrys.

Blur won the battle, a victory which guitarist Graham Coxon later called "a hollow, pointless victory" in the Daily Mail, adding: "Our record company threw a big champagne party at Soho House in London. I felt I was being forced into enjoying the moment and I just wanted to be alone really. I couldn't handle being part of that crowd so I tried to jump out of a sixth-storey window. It was Damon [Albarn] who talked me out of it."

Coxon didn't like the song and, according the Guardian, the band also grew to hate it: "Once they moved on to the noisier fare of 1997's Blur album, Country House was banished from the live set, much to the relief of Graham Coxon who'd been attempting to 'turn it into thrash metal' on a nightly basis."

And, although the song itself is greatly loved (and became part of Blur's set again when they reformed in 2009), it's long been thought by Blur fans that he'd playd a deliberately bad - or, perhaps more accurately, spiteful - solo on the recording of the song. The Guardian described it as "a discordant, seasick riff of scarttershot notes and fractured scales seemingly beamed in from Sonic Youth or Pavement".

Finally, a clever 2014 ruse by American funk group Vulfpeck. Concerned about how to raise money for a tour, and also because they wanted to play free shows, they released an album of silence, Sleepify, on Spotify and asked fans to play it on repeat while they slept. The idea was that they would put all of the royalty payments towards the tour and their plan worked. Billboard calculated that they made nearly $20,000 before Spotify removed the album from the streaming service, resulting in Vulfpeck successfully setting off on an admission-free tour of the US in September 2014.