Arena at 40: Explore 10 of their best music films 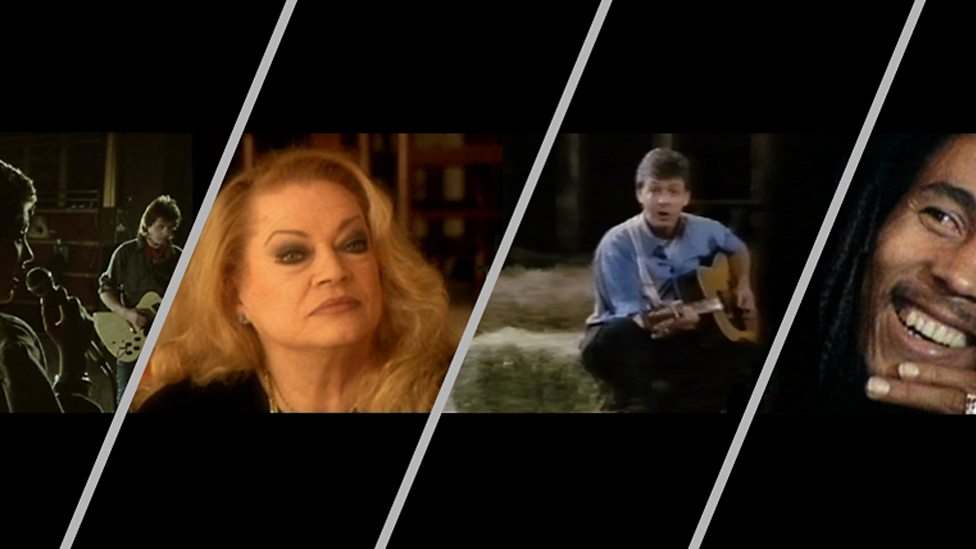 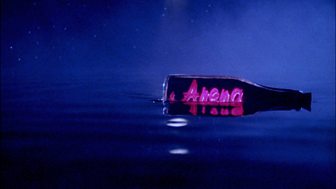 Arena turning 40 in 2015 means it's now the longest-running arts documentary strand in the world. In that time, more than 600 films have been made - the majority commissioned by, and many made by, Anthony Wall, editor since 1985.

Over the last 40 years, music has been a core source of intrigue to Arena. The series was ahead of its time in making no distinction between supposed high and low art, and in thinking of popular music - both in the present and past - as more than entertainment.

The strand has been celebrating its birthday in typically adventurous fashion - with a 24-hour collage piece made up of archive footage, Night and Day, that premiered at the Cambridge Film Festival in September and can be seen at Cine-City, the Brighton Film Festival from 21 November until 12 December. And there's also a condensed, 1 hour 30 minute version of the film to enjoy (BBC Four, 22 November) as well as our below attempt at collage, of sorts. Here are clips from just 10 wonderful, ground-breaking Arena music docs...

A two-minute clip that's almost like a short film in itself. Such drama! And a full narrative arc to boot. It features fabulous music professor Wilfrid Mellers breaking down how Sinatra's My Way works, interspersed with footage of Shirley Bassey blasting out the song. The 1979 documentary, also called My Way, was made by Nigel Finch and Anthony Wall and was a pioneering film - an early example of how Arena would take something as seemingly simple as a single song to tell a much bigger, and highly poetic, story.

Again, a short clip that packs more of a narrative punch than seems possible. Taken from a 1980 Arena that was a meditation on failure (not just within the music business), it finds actor/screenwriter David McGillivray stalking Jahn Teigen - the Norwegian singer famous for scoring nul points at the 1978 Eurovision Song Contest - for an interview. He gets his man, but there's a twist in this tale of failure, both here and after the film was made: Teigen went on to represent Norway twice again and come 12th and 9th.

The reputations of John Peel and his producer John Walters as finders of talent and arbiters of taste were sealed in the post-punk era when this doc was made. What role were they actually performing and who was Peel? What's he like at home? We learn much here in a film that portrays Peel, even in 1981, as a significant British cultural figure.

This footage of hip hop pioneer Kool Herc driving around The Bronx in a convertible with two humungous speakers on the back seat has become almost as legendary as his block parties. And what's so fascinating about this clip is that it was shot in 1984 - so early in the history of hip hop - yet Herc speaks of the culture as if it's already on the wane. Also, in 1984 no one thought a thing about having the film's narrator, Imhotep Gary Byrd, rap and rhyme his way through the script. Excellent work, Mr Byrd.

5. The Continuing Adventure of The Rolling Stones, 1989

Forensically examining a top-tier band at a time when they're thought to be past their peak has the potential to provide extraordinary insight, and this 1989 film on the Stones does. Mick and Keef had been at each other's throats and are here making amends - with 19th album Steel Wheels and its lead single, the tellingly titled Mixed Emotions. The song and album firmly put them back on the map, helping them to grow into the constantly touring stadium-rock behemoth we still know today.

Recent years have witnessed an explosion in Chinese punk and rock, and almost every new band owes a debt to both the music of Cui Jian and his pioneering spirit. Arena's film on the now-named Father of Chinese Rock, who's still playing today, came out in 1991 - two years after his song, Nothing to My Name, became the anthem of the Tiananmen Square protests in Beijing. "Rock music can't be divorced from social realities," he says in this intriguing clip.

Lou Reed's Walk on the Wild Side, from his Bowie-produced 1972 album Transformer, shone a light on an underground New York culture of transvestism like no pop song had done before (it was widely played on FM radio). But who were these Warhol 'superstars', as they were dubbed, and how true to life was the world Lou captures in his song? In 1993, Arena found out.

Perhaps the best-known of all Arena's music films because it was directed by Martin Scorsese (in association with the American Masters series on PBS in the US). Scorsese had previous with Dylan - he'd made 1978's The Last Waltz about the farewell show of The Band, Dylan's 1960s backing group - but he goes further back in time here, investigating the songwriter's work the early 60s as a means of casting him in the role of a 20th century great. In this clip, Al Kooper talks about how he blagged his way into playing organ on Like a Rolling Stone.

Incredible scenes here as director Ashtar Al Khirsan turns her camera onto the adoring fans of a still-healthy-looking Pete Doherty at the height of his fame (and troubles) in 2006. It's after the split of The Libertines but during the time he was going out with Kate Moss. The footage blends into a shot from one of Arena's first music films, 1979's Who Is Poly Styrene?, about the X-Ray Spex frontwoman and punk pioneer.

And finally, a chance to see Amy Winehouse perform a lovely, stripped-back version of Tears Dry on Their Own from Back to Black in 2006, the year the album came out. The footage is taken from a poignant film about the time Amy travelled to a remote Irish town, Dingle, to be part of a TV series called Other Voices that showcases musicians playing in an 85-capacity church. Arena's film was first broadcast in 2012, the year after Amy died.