6 songs that make you cry and the reasons why 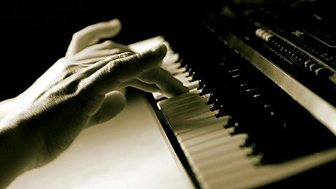 This time last year, we published an article with a similar title to this one, and also featuring six episodes of Soul Music - the long-running Radio 4 series that examines a song or piece of music that's had a powerful emotional impact on musicians and listeners alike.

Perhaps because it was the week of so-called Blue Monday - the admittedly suspect idea that the third Monday in January is the most depressing day of the year - the article captured your imaginations. It was widely shared from the social media accounts of BBC Music, Radio 4, Radio 2 and 6 Music, with hundreds of you telling us which songs make you cry, and for what reasons.

We read your comments and were moved by them, so here are six more episodes of Soul Music - all on pieces of music that you told us you find solace in at difficult times.

In your comments last year, two songs were mentioned more than any others - Johnny Cash's 2002 cover of Nine Inch Nails' Hurt, which has yet to be have an episode of Soul Music made about it, and Simon & Garfunkel's Bridge Over Troubled Water from 1970. What is it about the latter that affects us so profoundly? Paul Gambaccini places the song in its historical context - along with songs like The Beatles' Let It Be, it seemed to mark the end of the youthful idealism of the 1960s - and looks at how the song is about both vulnerability ("When you're weary, feeling small," it begins) and security ("I'm on your side, oh, when times get rough").

2. The First Time Ever I Saw Your Face by Peggy Seeger

[LISTEN] BBC Radio 4 - Soul Music: The First Time Ever I Saw Your Face

"The First Time Ever I Saw Your Face gets the instant sound-off button," Radio 2 listener Jane told us, the suggestion being that she can't help but sob if she hears it. The 1957 folk song about first love, first borns and loss was written by Ewan MacColl for Peggy Seeger, who later became his wife, and then became an international Grammy-winning hit for Roberta Flack in 1972. In the above episode, Peggy and Ewan's biographer Ben Harker explain its history before we hear two extraordinarily moving stories about what the song means to two people.

[WATCH] Peggy sings the song in 1990, shortly after Ewan had died

Another track that was repeatedly mentioned in your lists of songs that make you weep was 1982's Shipbuilding, written by Elvis Costello and Clive Langer for Robert Wyatt. "Every time," said 6 Music listener Sian, and we perfectly understand why. The mix of tenderness, nostalgia and political ire is hugely effective. On hand in this episode to place the song in context of the early 1980s and, specifically, the Falklands War is MP Alan Johnson, who tells us it makes him cry, and Clive Langer. Philosopher Richard Ashcroft says it's a kind of secular hymn adding, "If you don't like the song, it's going to be hard for me to be your friend, because I think it's so important and so moving."

4. (Something Inside) So Strong by Labi Siffre

BBC Radio 4 - Soul Music: (Something Inside) So Strong

"Always gets me," said Radio 4 listener Claire about the 1984 Labi Siffre classic (Something Inside) So Strong, a song that Labi reveals here was inspired by two things - watching a TV documentary on apartheid in South Africa and by the oppression he had experienced as a gay man. The episode begins with Pete Churchill, musical director of The Choir With No Name in Birmingham, made up of homeless singers, explaining how the song is about "the strength of the human spirit, not being defeated, carrying on and having pride". We also find out that Nelson Mandela was a fan of the song and that Labi sang it to help him "reconstruct" himself after the death of his partner of almost 50 years in 2013.

The Rodgers and Hammerstein song You'll Never Walk Alone from 1945 musical Carousel ended the first-ever series of Soul Music in January 2001 and was a pick for a tear-jerker from many of you. In this fascinating discussion of the song, presented by composer Carl Davis, it's spoken of as being "a humanist anthem with this message to walk on through the wind, to walk on through the storm" and a kind of hymn that's "almost as if it's always existed". Famously, it became an anthem for fans of Liverpool FC after Gerry & The Pacemakers had a hit with the song in 1963. "When I go to the match and they [the fans] sing Walk Alone," says Gerry Marsden, "I still get goose pimples - it's a wonderful feeling."

Finally, not a song but a piece of modern classical music - Estonia composer Arvo Pärt's Spiegel im Spiegel from 1978 - which 6 Music listener Sam called "a pure masterpiece of two emotions chasing each other". It's a sparse, tranquil piece for piano and violin that conjures up deep emotions - a seemingly simple composition, but as violinist Tasmin Little says here, it's very hard to perform because the playing has to be perfect, or the mood is lost. And it's a piece that appeals to people who wouldn't necessarily call themselves classical music fans. The episode begins with a mother explaining how her daughter had introduced her to Spiegel im Spiegel; a week later, the daughter was killed in the 1998 Omagh bombing in Northern Ireland and the piece profoundly moved her family and friends when played at the funeral.