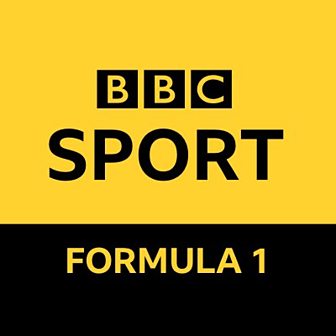 With the second round of Formula 1's 2018 championship taking place this weekend, there's a chance to reflect on the times music and machine have melded as smoothly as oil in a well-tuned V12. Or, er, suffered some transmission issues.

F1 has always been fixated with its own sound, from the roar of the engine to the squeal of a tyre lockup and, even in the hybrid era, noise is irrevocably intertwined with the way we think about the sport. But you might be surprised just how close some drivers have got to actually making music themselves and becoming rock stars, not just acting like them... 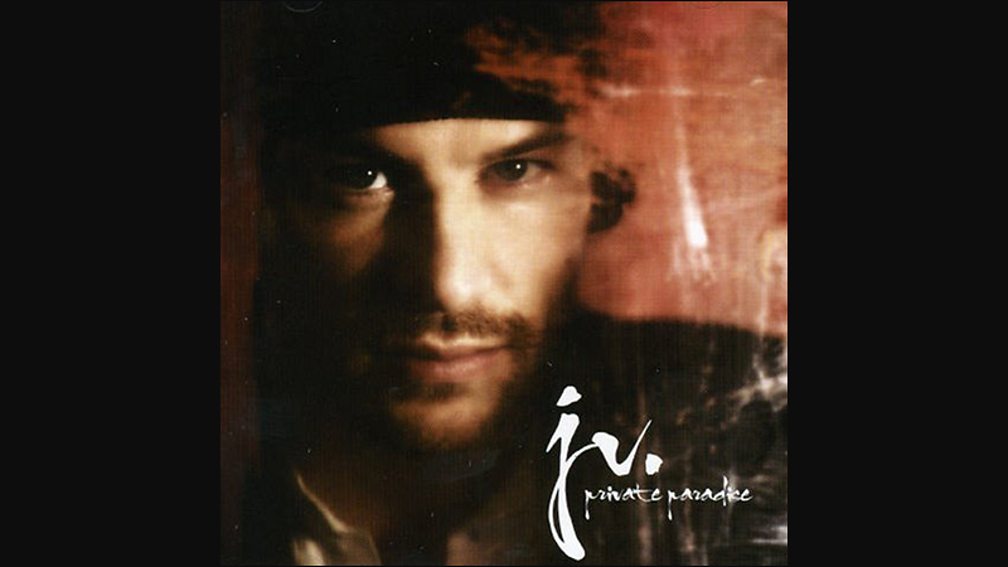 I hope the album makes a great success. I would never do something hoping to get criticised
Jacques Villeneuve

Canadian driver Jacques Villeneuve's achievements on track include a 1995 win at the Indy 500 before he changed to Formula One and won the 1997 championship. He continued racing until 2015, when he competed in two rounds of the relatively-newly-formed Formula E.

These days, Villeneuve is mostly known for his vociferous opinions about modern F1 (such as describing Monte Carlo as "hell"), but in 2007 he made a surprise foray into pop music - just at the time when Canadian pop was riding high in the charts, with Céline Dion and Bryan Adams.

Villeneuve's Private Paradise album was launched with a performance at his own coffee shop in Quebec, to an audience mostly made up of journalists. "I hope the album makes a great success," he said. "I would never do something hoping to get criticised." By the end of 2007, it was reported that CD sales in North America stood at less than 1,000, but it's now widely available on streaming services, hopefully giving it a second life. And, who knows, perhaps there's now a space in the market for Villeneuve to sing his latest theories about Williams's driver decisions in a touching soft-rock format.

I hope the album makes a great success. I would never do something hoping to get criticised
Jacques Villeneuve

Some of the drivers are *really* into heavy rock

Daniel Ricciardo is one of most famous drivers in F1 today - a multiple Grand Prix winner known as a smiling, friendly bloke who nonetheless drives faster than almost anyone else. The Australian is passionate about music, maintaining his own Spotify channel and it suggests he's particularly keen on rock, hardcore and emo.

His 'Pre Race Build Up' playlist currently includes tracks by Enter Shikari, Senses Fail and two songs by Aussie metalcore band Parkway Drive, with whom he once appeared on stage with. And there's something extremely endearing about anyone who, like a teenager with an untouched rucksack, started the 2012 season by scrawling, "There's blood in the water" - a Parkway Drive lyric from 2007 song Boneyards - across the back of his helmet.

But it's not just him - New Zealander Brendon Hartley, who has recently joined the Formula 1 grid, describes himself as a keen guitarist and picked a Silverchair track, Tomorrow, for his team's garage playlist ahead of the championship-opening Australian Grand Prix. Ricciardo and Hartley knew each other as junior drivers so maybe there's a boyband opportunity if the racing doesn't go well this season. 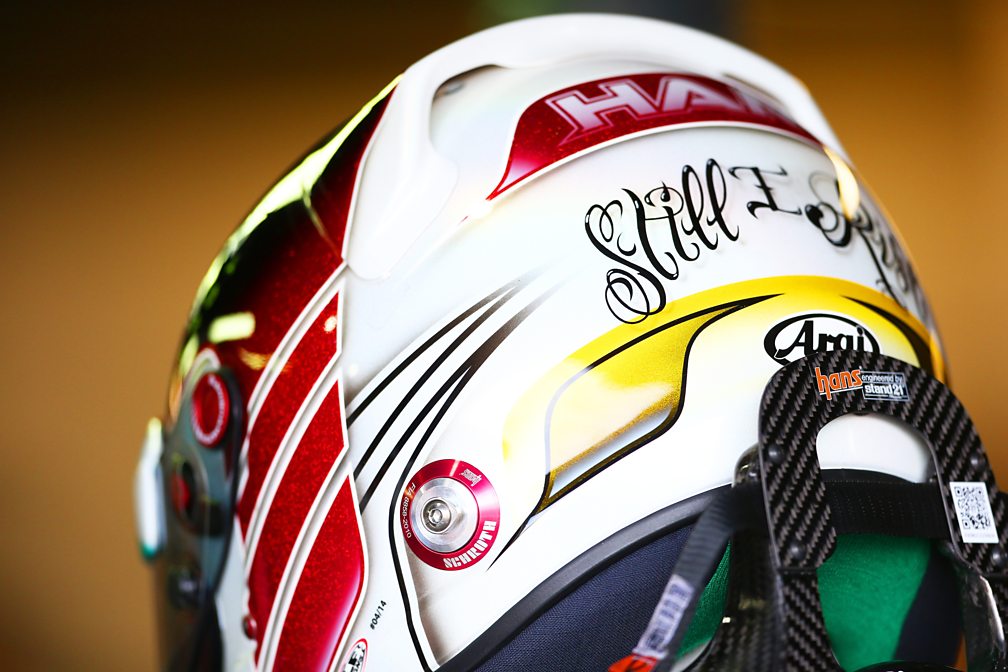 Friends with plenty of popstars, from Rihanna to Bieber, Lewis Hamilton has been quite circumspect about releasing the music he's talked about writing. That's maybe a wise move, given Villeneuve's success, but Lewis is still clearly moved and motivated by music and, before a silencing of his social media channels (he's recently returned), he routinely recommended tracks to his fans.

Rita Ora once Instagrammed him playing piano while she sang and Hamilton has said he takes a guitar with him everywhere. Like Ricciardo, he's had lyrics on the back of his helmet for some time. Passionately political - "There's barely any diversity in F1," he wrote on Instagram ahead of the Austrialian Grand Prix last month, before deleting the post - it's perhaps unsurprising that Hamilton looks to 2Pac for inspiration, having "Still I rise" printed across the back of his head protection.

Ayrton Senna once went on stage with Tina Turner 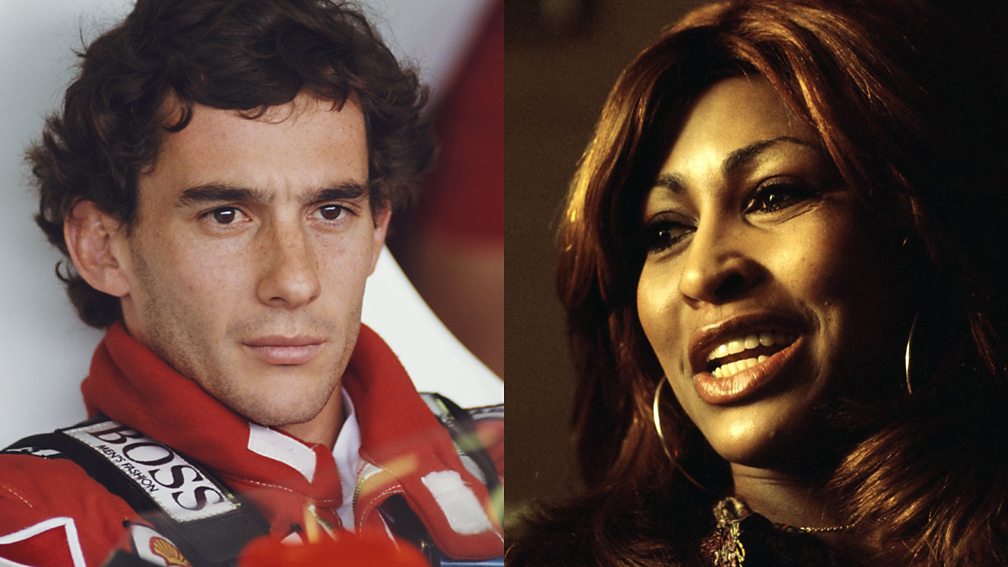 Ayrton Senna is one of Formula 1's most beloved and iconic racers - a three-time world champion before his tragic death at the Italian Grand Prix in 1994.

Known for his stormy rivalry with on/off teammate Alain Prost, Senna was dominant at a pivotal point for Formula 1, as electronic controls really entered the sport and cars set on the path to become as technically complex as they are now. In the minds of many, there is no question that Senna was, well, simply the best.

Tina Turner certainly thought so. Spotting Senna at the side of the stage at the post-race concert after the 1993 Australian Grand Prix, she brought the Brazilian driver in front of the vast audience, saying: "I'm a fan! I'm really a fan. I'm very excited!" She then played The Best, for the second time of the night. 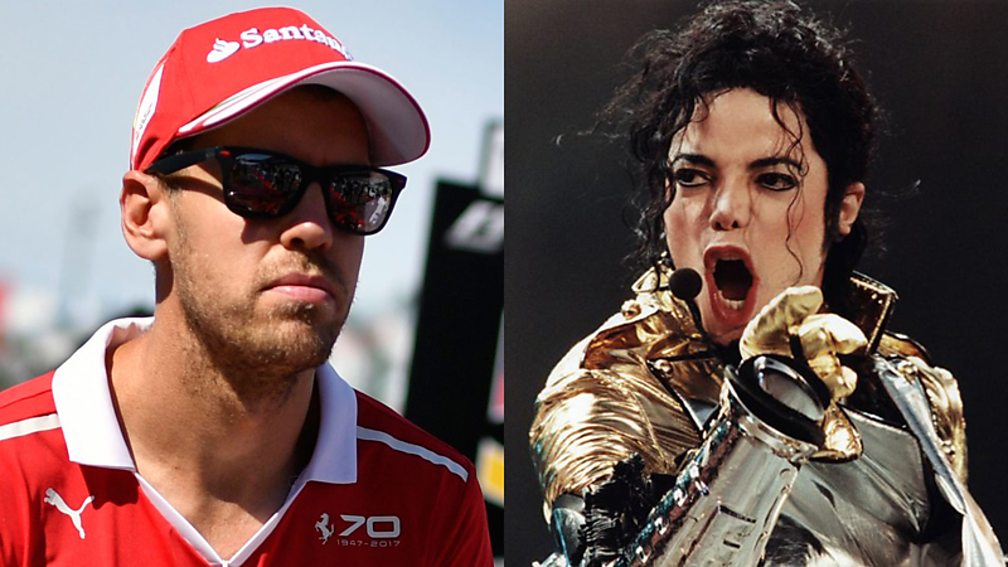 He's a fairly reserved driver, as they go, despite holding four world titles, and even his fellow drivers thought he'd be more likely into Mozart than Michael when the subject came up in a quiz. But Sebastian Vettel's favourite music artist is Michael Jackson, and he even wanted to be a popstar when he was younger.

Vettel says his heroes were the "three Michaels" - seven-time F1 world champion Michael Schumacher, basketball star Michael Jordan, and Jackson. As a child Vettel was apparently so taken with Jackson's dancing that he used to try to imitate his moves. A fair number of drivers have done the moonwalk over the years, but we've yet to see Sebastian attempt the move; instead, Ferrari fans will have to rely on his driving to experience a Thriller. 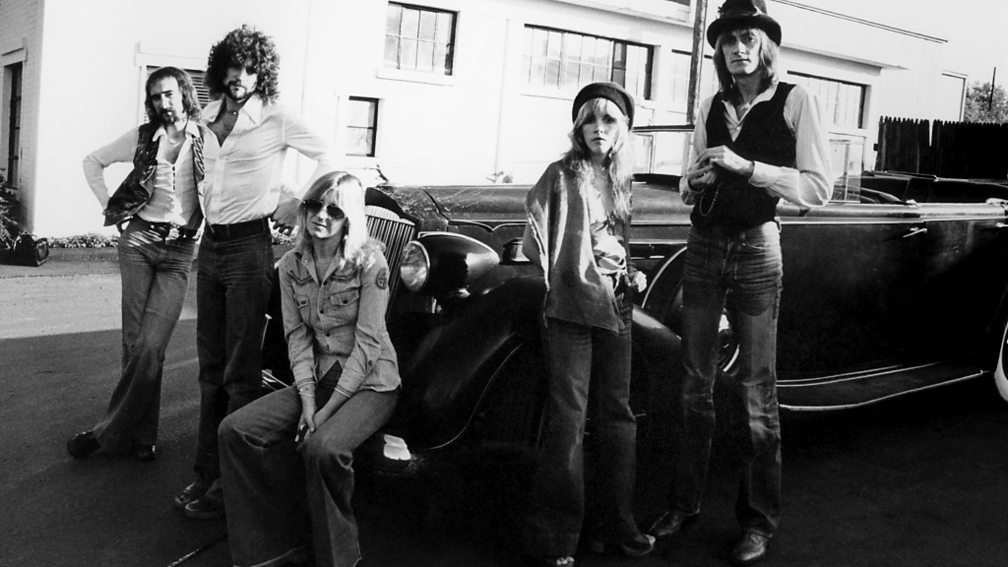 Fleetwood Mac's The Chain was introduced to coverage in 1978, predating (just about) even Bernie Ecclestone being at the top of the sport, and the song has continued to be associated with a Saturday or Sunday spent watching cars drive around in a circle ever since.

It wasn't in any way composed for Formula 1, but The Chain - a song about frictions between lovers within the group - undoubtedly has had an effect about the way we think about F1 and sound. If it's iconic to you as a soundtrack, it's likely the screaming crescendo of guitar gets your heart racing and conjures something daring to flutter in your chest.

The Chain, released in 1977, was a recent hit when it was introduced to F1 and it seemed initially at odds with motor racing. Fleetwood Mac were a romantic band with a folky sound and a hippie-ish outlook not really associated with banging expensive, oily machinery around a circuit. An instrumental version of the track is used, focussing on the menace of the bassline and the build up to a guitar solo. Unintentionally, it just seems to fit to the flow of corners around a classic race track and, despite only being used as a theme in the UK, The Chain is known worldwide as The Formula 1 Song.