Pop history is littered with bands that hated the hit songs that made them big-time players. They played it at Glastonbury, but Radiohead are well-known for not liking Creep; Beastie Boys were dismayed that people took (You Gotta) Fight For Your Right (To Party) at face value; Led Zeppelin's Robert Plant considered Stairway to Heaven an albatross around his neck; and Lorde recently claimed Royals "sounds like a ringtone from a 2006 Nokia".

And then there are those groups whose breakthrough hits turned out to be curses rather than blessings - big-selling songs which didn't just bring riches and fame, but stress, bickering, controversy and legal battles.

Here are seven of the most memorable.

The song: The lead single from TLC's second album CrazySexyCool was an RnB-pop masterpiece sung from the perspective of a woman who cheats on her unfaithful lover. It was their first No.1 single in the US.

The problem: Lisa 'Left Eye' Lopes wasn't a fan of the track and argued against its release. "I was totally, 100 per cent against Creep," she told VH1. "I was like, 'If a girl is gonna catch her man cheating, instead of telling her to cheat back, why don't we tell her to just leave?'" She threatened to wear black tape over her mouth during the song's video, but eventually dropped her gripe - although the rapper, famed for covering the left lens of her glasses with a condom in order to promote safe sex, used her verse on a remix of the track to highlight possible pitfalls of infidelity including pregnancy and STDs.

What happened: Both Creep and CrazySexyCool were huge successes, but TLC had little opportunity to enjoy the spoils: they filed for bankruptcy in 1995, alleging that unfavourable deals with record label LaFace and management company Pebbitone meant that each member received less than $50,000 as reward for their work on an album that shifted millions of copies, leaving them saddled with debts of roughly $3.5m. Follow-up FanMail wasn't released until 1999, by which point Lopes had grown tired of the group. She challenged her bandmates to record a solo album for a 3-CD set, with fans then deciding which member deserved a $1.5 million bounty from their record label; she eventually returned to the band but was killed in a car crash in 2002. Remaining members Tionne 'T-Boz' Watkins and Rozonda 'Chilli' Thomas, meanwhile, released a new TLC record in June this year.

The song: The ubiquitous breakthrough hit from the Linda Perry-fronted 4 Non Blondes. The song's chorus actually asks the question, "What's going on?" rather than, "What's up?", but the latter was chosen as a title in order to avoid confusion with Marvin Gaye's 1971 classic.

The problem: Sales of the band's 1992 debut album Bigger, Better, Faster, More were sluggish until What's Going On? became a mainstream hit (the single was a UK No.2, and the LP eventually ended up selling more than six million copies worldwide). But Perry wasn't a fan of the way the song, and album in general, had been produced. "I did love What's Up? but I hated the production," she told Rolling Stone in 2014. "When I heard our record for the first time I cried. It didn't sound like me. It made me belligerent and a real a******. I wanted to say, 'We're a badass cool band. We're not that fluffy polished b******* that you're listening to. It was really difficult.'"

What happened: According to 4 Non Blondes' bassist Christa Hillhouse, recording a second album was a daunting prospect. "The label was up our butts and were really putting a lot of pressure on us," she told SongFacts. Perry eventually quit the band and has since released several albums. She also became renowned as a songwriter for other artists, penning hits for the likes of P!nk, Courtney Love, Miley Cyrus, Gwen Stefani and Christina Aguilera (including her No.1 hit Beautiful). In 2014, she and her old bandmates reunited on a one-off basis for a fundraising concert in LA.

The song: The single which turned The Verve from indie favourites into a mainstream rock band. The song sampled four bars of an orchestral version of The Rolling Stones song The Last Time, which The Verve got clearance from the Stones' label to use.

The problem: The Stones' former manager Allein Klein, who owned the copyright to The Last Time, sued The Verve demanding 100 per cent of their royalties and argued that the band's use of the sample extended beyond the agreement they'd made with Decca. Wary of a long courtroom battle, The Verve decided it would be easier to simply surrender all royalties to the song. To make matters worse, Andrew Loog Oldham - another of the Stones' old managers - also sued the group in 1999, claiming he was the legal owner of the copyright of the orchestral recording.

What happened: The legal fight didn't just mean lost revenue, but a lack of control over the song itself, with singer Richard Ashcroft unhappy after it was used in an advert by Nike (a request the band themselves had denied). "The last thing in the world I wanted was for one of my songs to be in a commercial, I'm still sick about it," he later declared. Having already briefly split up in the mid-90s (Ashcroft's relationship with guitarist Nick McCabe was famously volatile), the group went their separate ways in 1999; they reformed again in 2007, but broke up again in 2009. Ashcroft released his fifth solo album These People last year, while McCabe and former Verve bassist Simon Jones formed Black Submarine (known as The Black Ships until 2012). 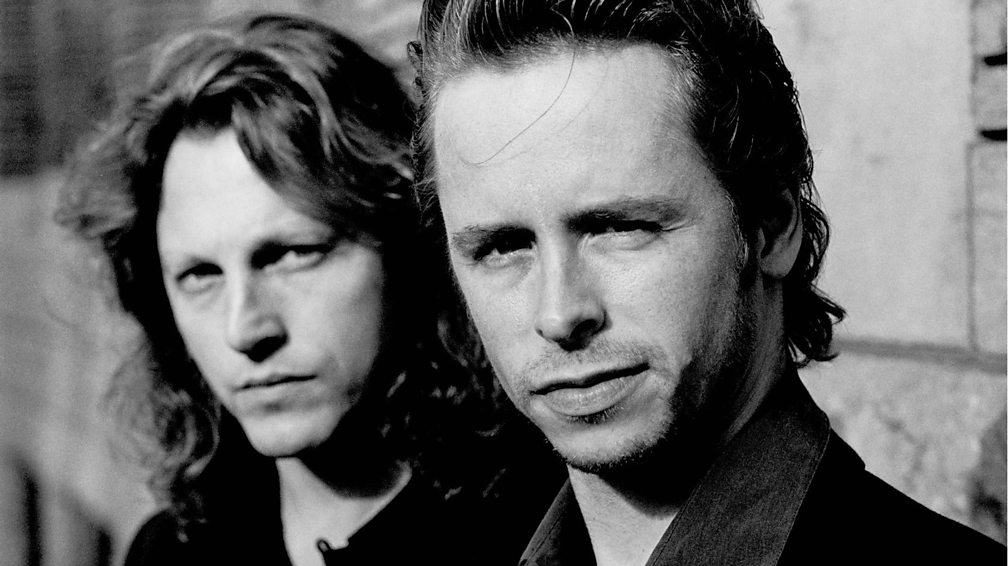 The song: The inescapable theme tune from Friends. An early version of the song was composed by musician Michael Skloff (the husband of creator/executive producer Marta Kauffman) and lyricist Allee Wright, before LA group The Rembrandts finished the version you hear today.

The problem: "In 1994, the last thing a serious band would do would be involved in a television show," The Rembrandts' Phil Solem told the AV Club. He and bandmate Danny Wilde planned to keep their involvement a secret, but their anonymity was soon blown. At first, I'll Be There For You only existed as a sub-minute theme, so US radio station WYHY looped the original version to create a full-blown song. Once listeners began regularly demanding the elongated, ersatz version, the band's record label pressured them into recording their own full-length take on the song. The Rembrandts weren't happy with the idea - they felt the song's poppy aesthetic was an uncomfortable fit with the heavier sound they'd been pursuing - but eventually acquiesced.

What happened: The enduring popularity of I'll Be There For You came at a cost: some of their new fans weren't particularly interested in hearing any of their other songs, and being involved with a mainstream sitcom alienated some older supporters, too ("I think we lost a gigantic portion of our original audience," Solem said). He left the group in 1997, although he and Wilde reconciled in 2000 and are working on a new album, Via Satellite, scheduled for release this year.

The song: The radio-friendly breakthrough hit from alternative rockers New Radicals, which reached No.5 in the UK in 1998. Songwriter Gregg Alexander claimed that closing lyrics, which contrasted jabs at health insurance companies and corporate corruption with criticisms of celebrity (Beck, Courtney Love and Marilyn Manson were mentioned), was an experiment to see which topic garnered more media attention.

The problem: Somewhat predictably, the media latched onto the celebrity disses rather than the political ideas. "To notice that everybody focused on the so-called 'celebrity-bashing' lyric instead of this lyric that was talking about the powers-that-be that are holding everybody down… That was something that I was kind of disillusioned by," Alexander told the Hollywood Reporter in 2014. He also grew tired of the music industry, revealing in the same interview: "I simply missed feeling like an artist everyday and being able to write songs everyday and not feel like my time was being controlled and managed to answer to corporate shareholders."

What happened: In July 1999, less than 12 months after releasing their debut album, Alexander disbanded the group so he could focus on production and songwriting instead. "Over the last several months, I'd lost interest in fronting a 'one-hit wonder' to the point that I was wearing a hat while performing so that people wouldn't see my lack of enthusiasm," he said in a statement, and he's since written songs for Boyzone (and Ronan Keating), Enrique Iglesias, Mel C, Geri Halliwell and Sophie Ellis-Bextor.

Breakfast At Tiffany's - Deep Blue Something (1995)

Deep Blue Something - Breakfast At Tiffany's

The song: The 1995 chart-topper in which Deep Blue Something singer Todd Pipes tried to convince his girlfriend that had one thing in common: a shared fondness for the film Breakfast at Tiffany's (the song was actually inspired by another Audrey Hepburn picture, Roman Holiday, but Pipes thought Breakfast at Tiffany's made for a better title).

The problem: The song was a huge hit (No.1 in the UK, where it sold over 600,000 copies, and Top 5 in the US, too), which is where the issues began. As the Dallas Observer details, the group were embroiled in a complicated legal spat with Louis Bickel Jr, an early fan of their work who gave them $3,000 so they could record and release their 1993 debut album 11th Song (which included an early version of Breakfast At Tiffany’s) on his Doberman Records label. After the band signed with Interscope and found fame with second album Home (which also included Breakfast…), Bickel sued for royalties and claimed for ownership of the song itself. The band issued a counter lawsuit; Pipes, a teacher in a Christian school, was also fired from his job due to pressure from parents uneasy with the idea of their children being taught by a pop star.

What happened: The band eventually reached a settlement with Bickel, but were soon caught up in another legal dispute: Interscope were so busy putting their energy into rap-rock group Limp Bizkit that they wanted to delay the release of the new album Deep Blue Something had recorded, which meant the group had to sue their label in order to be freed from their contract. They won the suit and were eventually able to release a new, self-titled LP in 2001 (the original third album, Byzantium, was only ever released in Japan) but soon went separate ways, eventually releasing a new EP some 20 years after Breakfast at Tiffany's in 2015.