8 amazing duets between humans and birds

From Leonard Cohen's Bird on the Wire to Coldplay's Birds, avians have always served pop stars faithfully as lyrical metaphors. Occasionally real birds have inspired songs, like the pelicans who would sit on Bob Marley's windowsill at Hope Road in Jamaica, prompting him to write Three Little Birds. And sometimes they have inadvertently wound up on record - like the birds near Shirley Collins's cottage, whose song filtered through the window as she home-recorded her 2016 comeback album Lodestar.

But in recent times, birds have been exercising more creative control. Some have shown up in songwriting credits. Some compose their own heavenly music simply by flying. And one has even achieved frontman status. Here are eight musicians that have collaborated with birds - and not always for their vocal prowess.

BBC Radio 4 recently documented the incredible story of experimental folkster Nathaniel Mann and his collaboration with a flock of pigeons. It began 12 years ago, when he spotted something called a pigeon whistle in a museum in Oxford. These antique objects were attached to the birds' tailfeathers, emitting notes as they flew - originally to scare off predators. Mann made his own, using plastic film pots and lolly sticks, tuning them to 14 different notes. And then he found himself a pigeon fancier, by the name of 'Pigeon' Pete Petravicius. Pigeon Pete’s flock of Birmingham Rollers have since performed at festivals across the country, and even won the George Butterworth Prize for new composition. Mann says his role ends when he puts the whistles on the pigeon’s backs. They write the music themselves as they fly in formation, tracing strange, haunting notes across the sky.

In May 1914, a nightingale starred in the BBC’s first live outside broadcast. As Elgar’s favourite cellist Beatrice Harrison played in her garden, the wild bird appeared to be singing along. The 90th anniversary of this event inspired award-winning contemporary folk musician Sam Lee to begin a series of annual midnight walks into secret Sussex woodland, where nightingales come to mate for just a few weeks in spring. When he hears a likely candidate, Lee stops and sings a line of ballad towards the bush, engaging the bird in an extraordinary call and response. But nightingales aren’t just folk fans. Guest musicians on the walks have included singer-songwriter Nick Mulvey, jazz singer Gwyneth Herbert, rapper Dizraeli and improvisational saxophonist Rachel Musson, whose nightingale duet you can hear below. 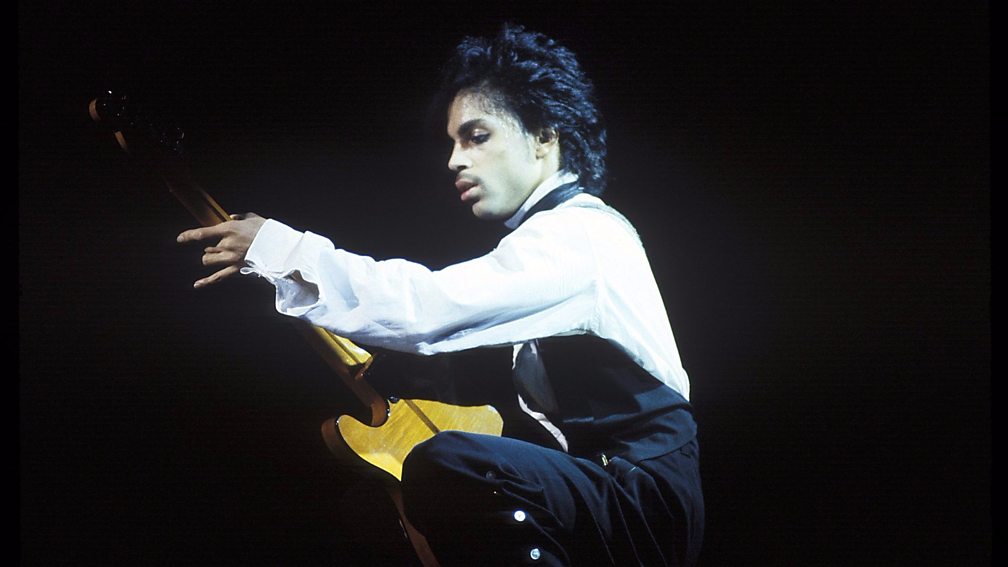 In his 1984 hit song, Prince used the idea of doves crying as a metaphor for the pain that lovers can inflict on each other, representing them in the music by that famous synth riff. However, the song Arboretum, from his piano ballad record One Nite Alone..., featured the sound of actual doves - namely his two pet birds Majesty and Divinity, who previously appeared in the video for 1992 single 7 getting a sensual pecking from dancer and muse Mayte Garcia. On Aboretum, Majesty and Divinity cooed their part from their ornate cage overlooking the atrium in Paisley Park where Prince recorded, and were duly credited in the liner notes with "ambient singing". Their affinity with their owner was such that, when Prince’s sister visited his estate following his death, she reported that the doves were in mute mourning. Sad to say, in January this year Majesty joined her owner in the choir invisible.

For his immersive film installation Dawn Chorus, wild-at-heart artist Marcus Coates recorded 19 people singing to themselves at dawn in everyday locations, from car parks to clinics, offices to bathtubs. The twist is, they’re singing along to slowed-down birdsong, collected by Coates from a wild choir of robins, wrens, blackbirds, songthrushes, tits and greenfinches over some 576 hours. The recordings were then sped up again, so that the men and women seem to be trilling in bird-time. It’s a weird and wonderful sonic study of the similarities between human and avian behaviour.

Have you ever listened to the song of a hermit thrush and marvelled at its structural similarities to a Miles Davis solo? David Rothenberg has. But then Rothenberg is a new age philosopher and jazz musician, not to mention one of the leading proponents of 'interspecies music', so he notices these sorts of things for breakfast. The clarinetist has jammed live with a laughing thrush (at the National Aviary in Pittsburgh), recorded a duet with an Australian lyrebird (called George) and written a book called Why Birds Sing. The latter inspired a 2006 BBC Four documentary featuring Jarvis Cocker, Peter Gabriel and, naturally, Guillemots. Rothenberg’s ultimate answer? For the joy of it - just like us.

Jarbas Agnelli's Birds on the Wires

Jarbas Agnelli's Birds on the Wires

In 2009, Brazilian multimedia artist Jarbas Agnelli spotted a photo in his morning newspaper of birds perched on a telephone wire. Struck by their resemblance to notes on a stave, he went over to his piano and began using their exact positions to pick out a line of music. The birds, it turned out, were sitting rather musically, forming chords. So Agnelli turned this into a one-minute piece, arranged for oboe, clarinet, bassoon and xylophone. The composition was a double fluke because telephone wires rarely come in fives, the number required for a stave. Next up for Agnelli, who now can’t switch off to patterns: ants, fish and cars on the lanes of a New York street. 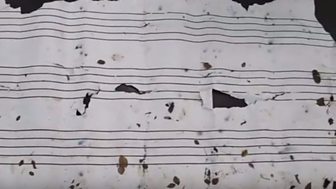 Even bird poo has musical potential. Some modern composers have rolled dice or consulted ancient Chinese texts in order to generate random compositions, but this idea was taken to messy new extremes with Kerry Morrison's Bird Sheet Music project. The artist laid out enlarged blank musical scores around Liverpool beneath places where birds roost and simply waited for them to drop their load. Each splat on the paper could then be read as a note, resulting in a raw composition that was handed over to arranger Jon Hering for orchestral elaboration. “It was a balance between the inherent musical decisions that needed to be made in order to translate the marks into playable music, while also staying true to the physical distribution of the poo on the page,” Hering explained to Tate Collectives. The end result was a 20-minute piece, divided into 26 miniature movements, performed by Hering and the a.P.A.t.T. Orchestra at Tate Liverpool in 2013. 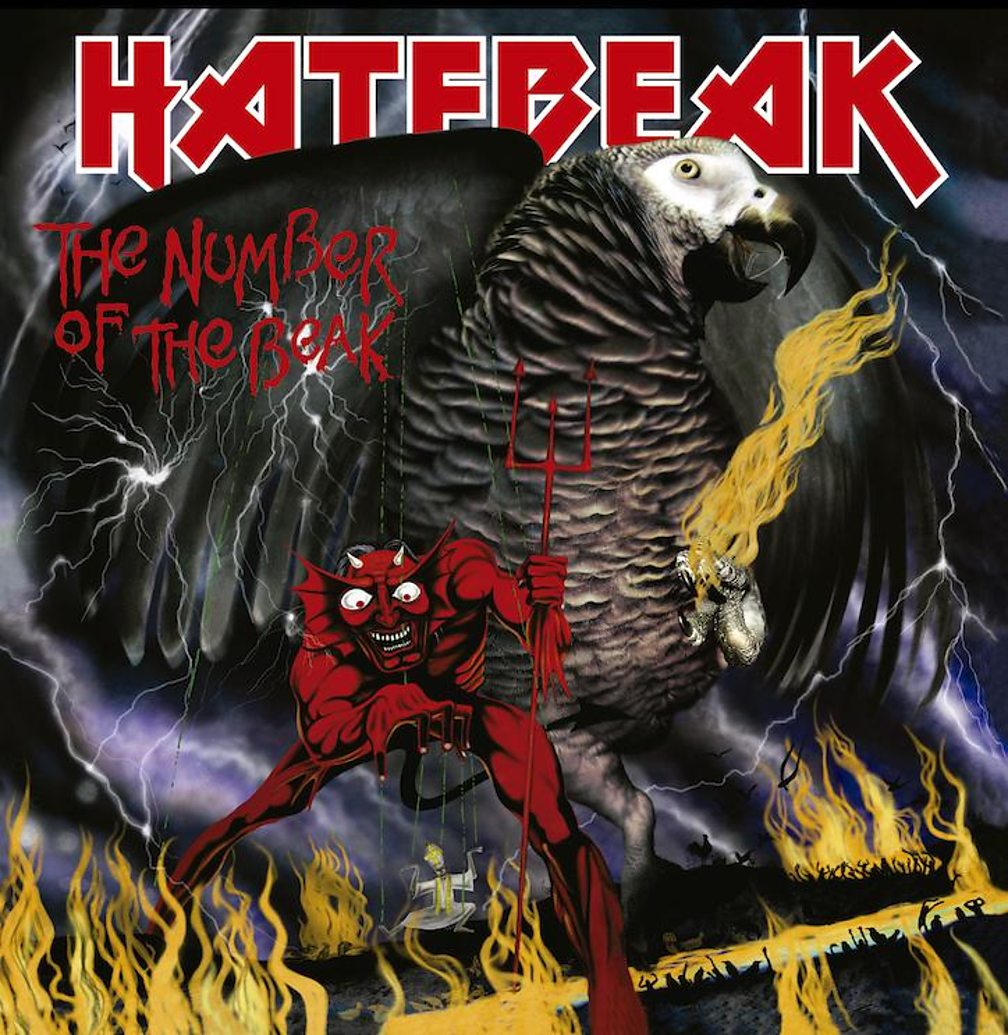 Click here to listen to Hatebeak's music on Soundcloud

Death metal is all about extremes, as bands strive to be the loudest, fastest and most outrageous. Searching for a frontman with that indefinable X factor, Baltimore duo Blake Harrison (drums) and guitarist Mark Sloan (guitar) knew they were on to something special when they were introduced to Waldo the African grey parrot. Waldo could shriek lyrics with ear-splitting intensity and make the most mundane of utterances sound like a backmasked Satanic message. Thus in 2003 Hatebeak were hatched, delivering such instant classics as Beak of Putrefaction and Bird Seeds of Vengeance (a split 7" with Caninus, a vegan grindcore band fronted by two pitbulls. Yes, really.) Ultimately Waldo proved to be as stubborn and capricious as most rock frontmen, only performing when encouraged by a supply of banana chips, and Hatebeak split in 2009. However, they made a triumphant return in 2015 with Number of the Beak.