16 musicians you didn't know were at school with each other

Every school contains plenty of wannabe pop stars, rappers learning the ropes and aspiring musicians of all stripes. Yet the odds against any one of them becoming famous are pretty astronomical, even in performing arts academies. The chances of having more than one future pop star in your tutor group - especially those who haven't just banded together in a group, like U2 - must call for the kind of statistics they only teach in top set maths.

And yet, defying all expectations to the contrary, here are eight sets of surprising schoolmates - all lined up in pairs like they're on a trip to the zoo and there are busy roads to cross. 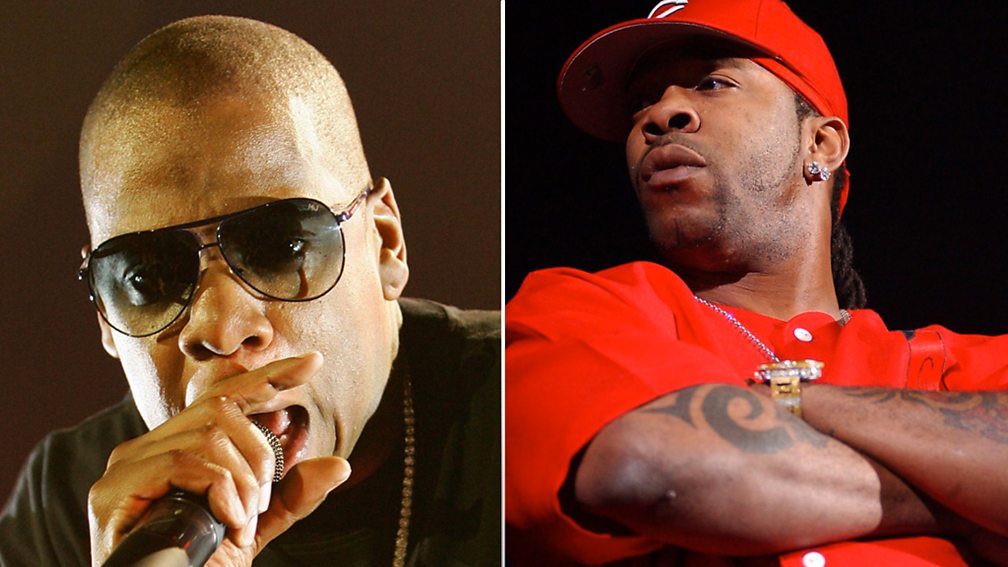 George Westinghouse Career and Technical Education High School in Brooklyn once had three of hip hop's most singular talents on their register. Christopher Wallace (on his way to becoming The Notorious B.I.G.), Shawn Carter (better known as Jay-Z) and Trevor Smith (AKA Busta Rhymes) were all at the establishment at the same time in the mid-80s. The latter pair even used to battle-rap in the lunch room.

Having already built up a reputation for his rapid-fire flow, Jay-Z took the younger rapper down a peg or two, as Busta later told Fuse: "I knew Jay-Z was rhyming 'cause me and Jay-Z battled in school, speed rapping. He had finessed the speed-rapping phenomenally at that time and I was new with the speed-rapping, but losing that battle to Jay in speed rapping is what made me one of the most dangerous speed-rappers today. And Jay know he can't see me in no speed-rapping today." 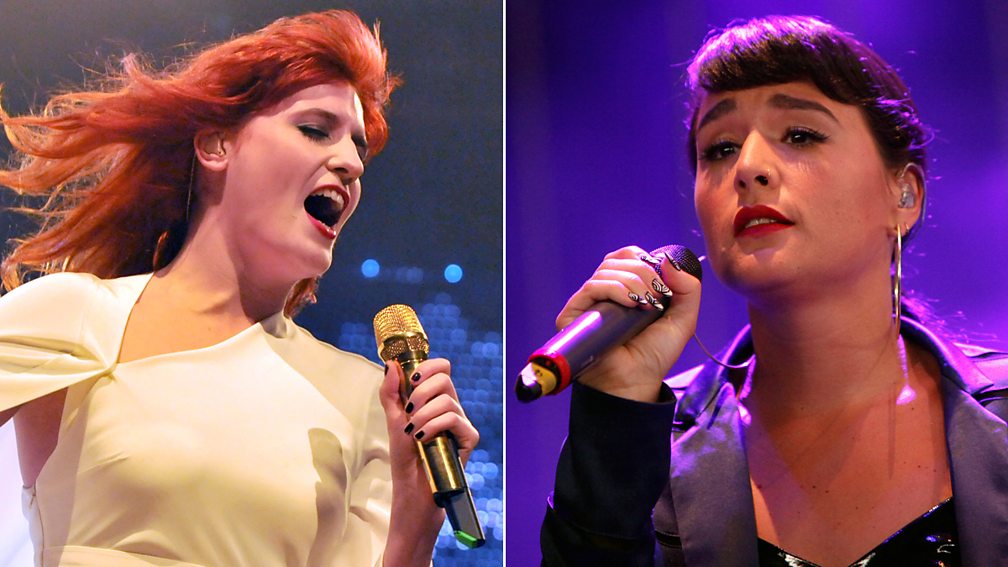 The location for this particular meeting of startling vocal talent was Alleyn's school in Dulwich, where Jessie and Florence also rubbed musical shoulders with Jack Peñate and future members of The Maccabees. Florence and Jessie appeared in a school production of Guys and Dolls together, with Florence noting to the Standard later: "You know when you have girls at school where people whisper, 'She can really sing'? That was Jessie."

For her part, Jessie looked back equally fondly, saying: "I was into musicals, school plays, I had such lovely friends. I stay in touch with all of them. Florence was a bit younger than me but Jack, The Maccabees they are all my best friends." 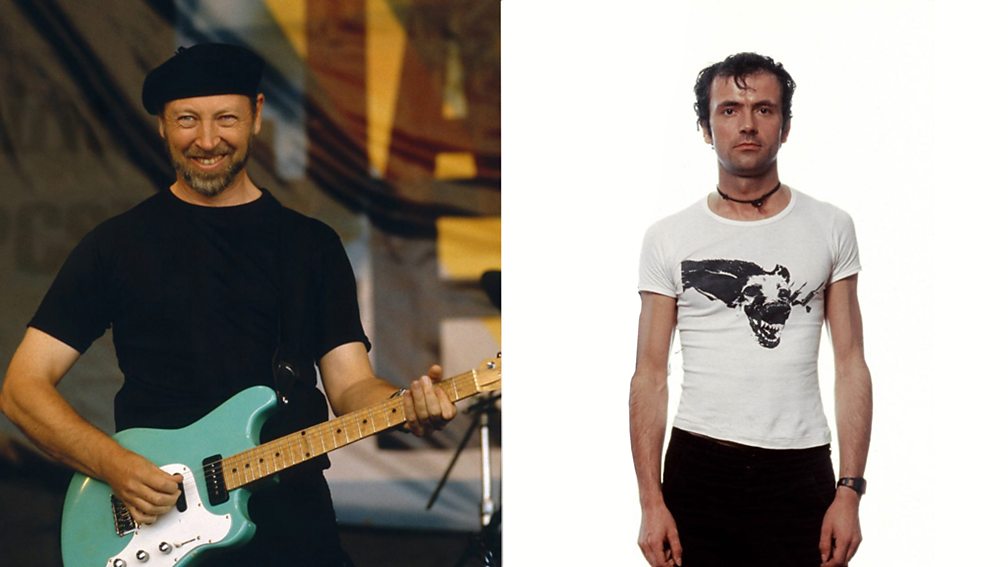 Hugh Cornwell, eventual lead singer with The Stranglers, attended William Ellis School in Highgate, London, with Fairport Convention's Richard Thompson. Not only that, he took bass guitar lessons from the soon-to-be folk guitar hero, so that they could form a band together called Emil and the Detectives (named after the children's novel by Erich Kästner).

Richard told Louder Than War: "We were a covers band doing R&B type stuff and Who numbers, anything we could get our hands on. When you are 14 or 15 it's whatever seems hip or exciting. When I started to play in Fairport I stopped playing with Hugh and didn't see him for 40 years, then we got back together a couple of years ago and we are pals again." 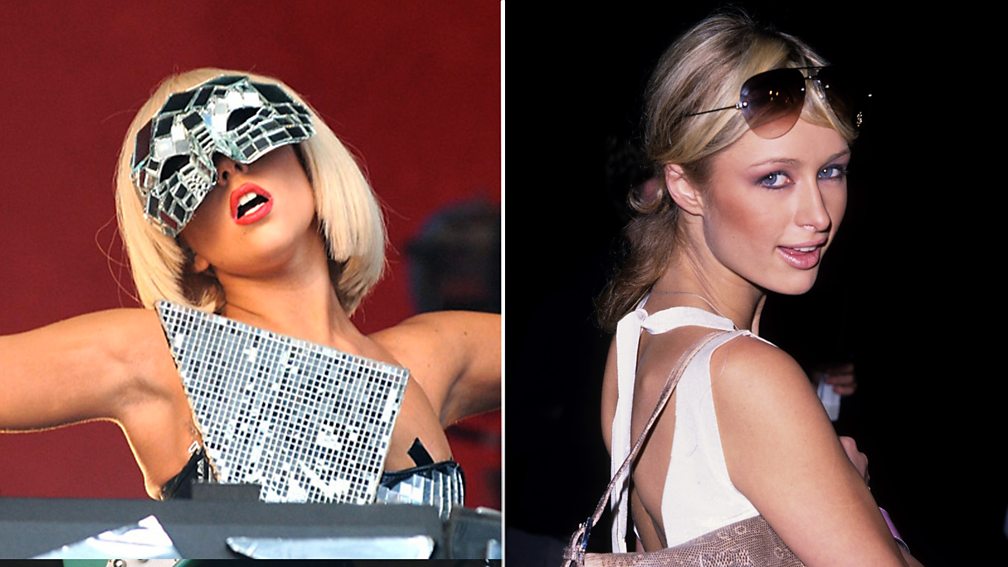 Convent of the Sacred Heart is a Roman Catholic all-girl school in New York which once taught Stefani Germanotta (now better known as Lady Gaga) and, for a time, Paris Hilton (who didn't graduate) and her sister Nicky (who did).

However, in case you're picturing some great meeting of minds, Gaga told Q magazine that they didn't exactly hide in the girls' toilets together, swapping make-up tips: "It's true [that we went to school together], but I don't see [Paris] as an artist. People assume that all the girls who went to my school were like Nicky and Paris... I was the smart, studious theatre and music student. I didn't hang out with all the popular blonde girls. I wasn't blonde really until I was 20 years old.'

5. Rod Stewart and The Kinks 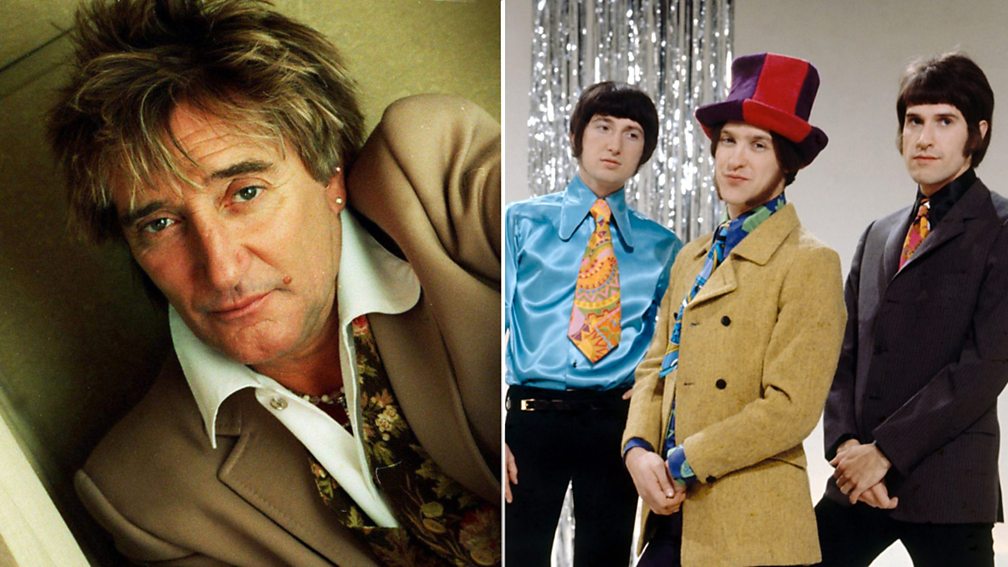 North London boys Ray and Dave Davies formed The Ray Davies Quartet with classmate Pete Quaife while attending William Grimshaw Secondary Modern School in Muswell Hill, London. Having made their first appearance at a school dance, the band (who would eventually become The Kinks) started playing in local pubs, and at one point, brought in another musical friend from school, Rod Stewart. Accounts differ as to whether he sang with the band - the drummer's mum, provider of their rehearsal space, hated his voice - or just played harmonica.

According to Pete, Rod and Ray did not see eye to eye, for fairly typical schoolboy reasons: "[Rod] was on the football team, and he and Ray were both very competitive and hated each other." 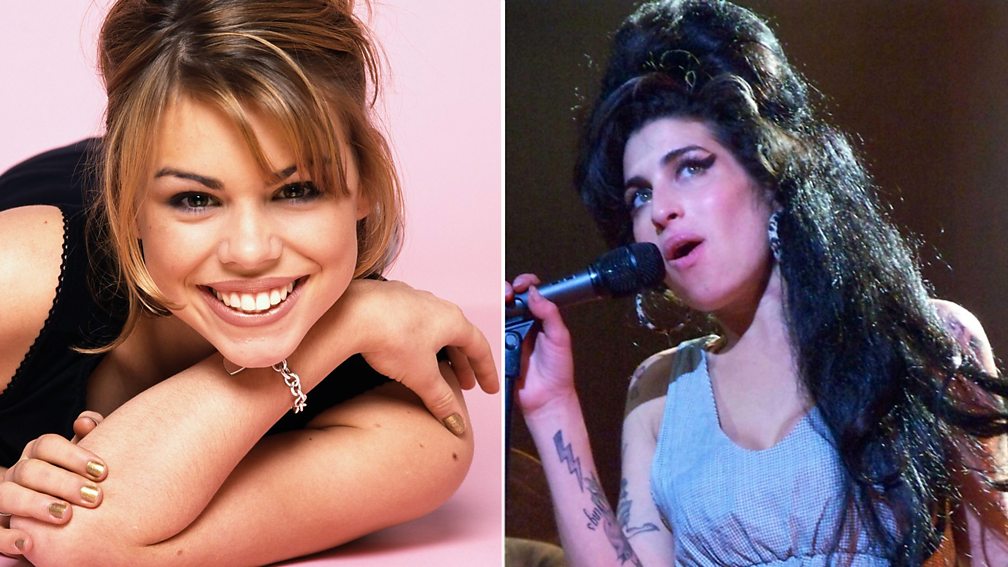 Stage schools are a fertile training ground for artistic talent, and therefore it's not so surprising to discover that, for example, Eternal were at the Italia Conti stage school with Martine McCutcheon, or that The Roots went to the same Philadelphia performing arts high school as Boyz II Men, or that Adele attended the Brit School with Jessie J.

That said, it's a dizzy thought to consider that Billie Piper (or Billie, as she was known during her pop career) and Amy Winehouse used to share classes at the Sylvia Young Theatre School. Amy even gave Billie the nickname Wilhelmina. When Amy was really struggling in later life, Billie told the Evening Standard: "Some pictures of her now are heartbreaking. I just think, 'She's my old school friend, I hope she's OK.' ... I couldn't believe it because that had always been her dream. Amy was a character at school. She was a wild girl but it was different from the trouble she's in now." 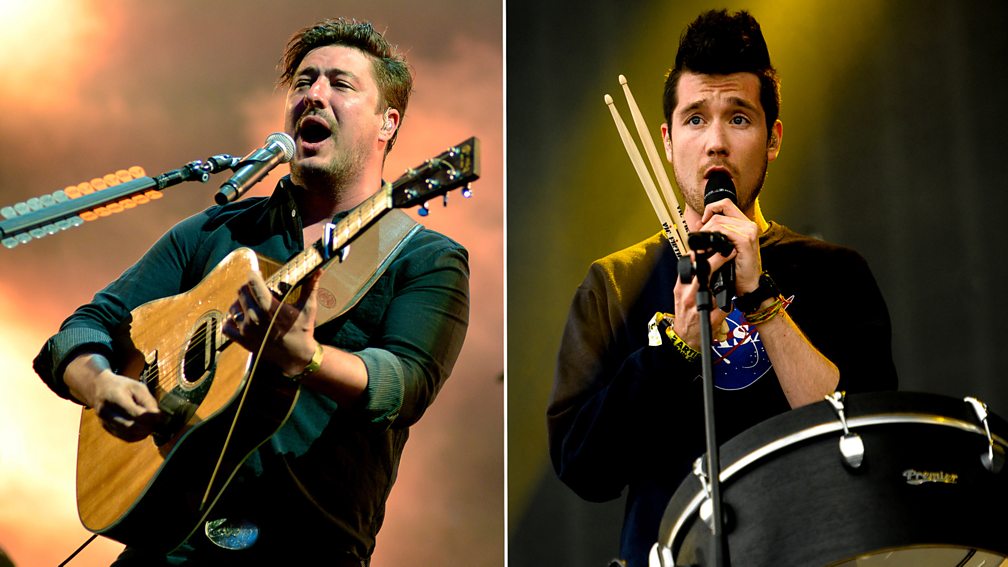 King's College School in Wimbledon is clearly a school in which pupils are given the space to dream big. For Marcus Mumford and his Mumford and Sons bandmate Ben Lovett, they imagined themselves as a band of folky minstrel brothers roaming the globe; for future Bastille star Dan Smith, in the year above, it was all about writing his own songs and controlling his own musical world.

Smith looks back on his school years fondly, having told The Line of Best Fit: "School is really this mad, weird jumble of things - much like life. It's a cross-pollination of characters and personalities and events and happenings."

8. Lily Allen and Luke Pritchard of The Kooks 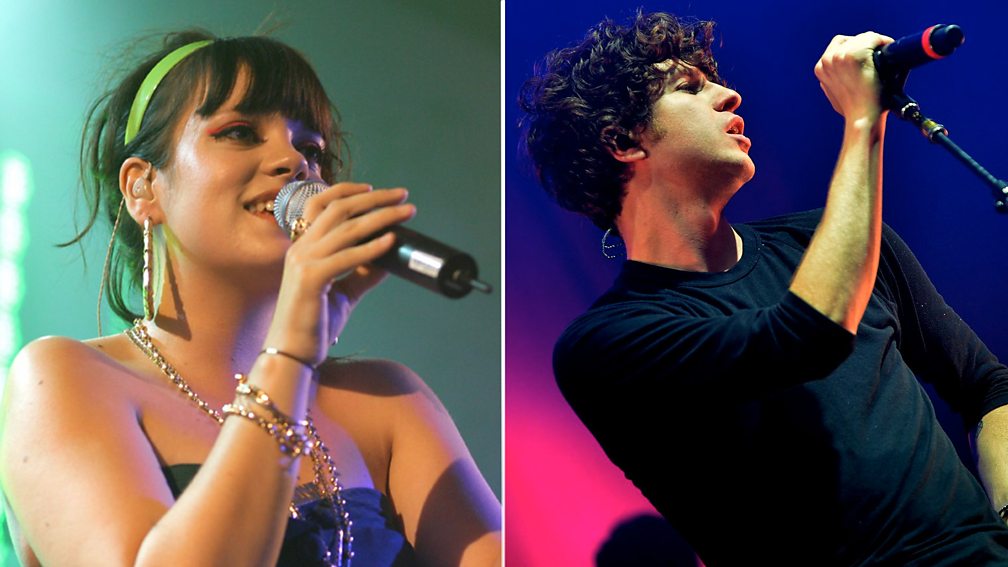 Alleyn's may have had Jessie and Florence, but there was a similarly lively music scene happening in Hampshire's Bedales school. Ben Adams from A1 went there, as did Emma-Lee Moss - soon to become Emmy the Great - two years later, and a further two years after that, both Luke Pritchard of The Kooks and Lily Allen arrived.

Having developed quite a spiky public relationship, Lily later said of Luke: "I went to school with Luke from the Kooks. I thought he was quite cool then." Luke hit back when he said of Lily, "I was friends with her when I was 13 years old and I find it funny that she's a musician now because she never used to be into music at school. Never once did I hear her sing at school or hear her talk about music or anything."

Future singer-songwriter Patrick Wolf was also transferred to Bedales, after an unpleasant spell at King's College (the Mumford alma mater) had been blighted by bullying.