As ever in the US presidential election, music played a part. Katy Perry stumped for Hillary Clinton and while Donald Trump could count some musicians among his supporters, like Ted Nugent and Loretta Lynn, he was largely opposed by stars from the world of pop.

But what of Trump and Clinton's own musical passions? What songs do they sing in the shower? What music do they turn to at difficult moments for a pick me up?

In an attempt to find answers, we trawled their many books. In Clinton's, there are interesting asides, like her daughter Chelsea being named after Judy Collins's version of Joni Mitchell's song Chelsea Morning and The Rolling Stones' (I Can't Get No) Satisfaction being her teenage "catchall anthem for adolescent angst of all varieties".

The Donald, on the other hand, goes deep on music, revealing a man whose musical life is just as surprising as every other part of his personality.

1. He was an early starter

I punched my music teacher

"Even in elementary school, I was a very assertive, aggressive kid. In the second grade I actually gave a teacher a black eye - I punched my music teacher because I didn't think he knew anything about music and I almost got expelled. I'm not proud of that, but it's clear evidence that even early on I had a tendency to stand up and make my opinions known in a very forceful way."

[His schoolmates do not remember the incident, according to The Washington Post.]

I punched my music teacher

2. He's a fan of classic singers, like Tony Bennett...

"There's so much great music. For me, I'd have to say it's a toss up between Frank Sinatra, Tony Bennett, and Elton John. I never get tired of listening to them and probably never will… Any album by any of them is bound to be fantastic.

"And besides that, Tony lives in one of my buildings." 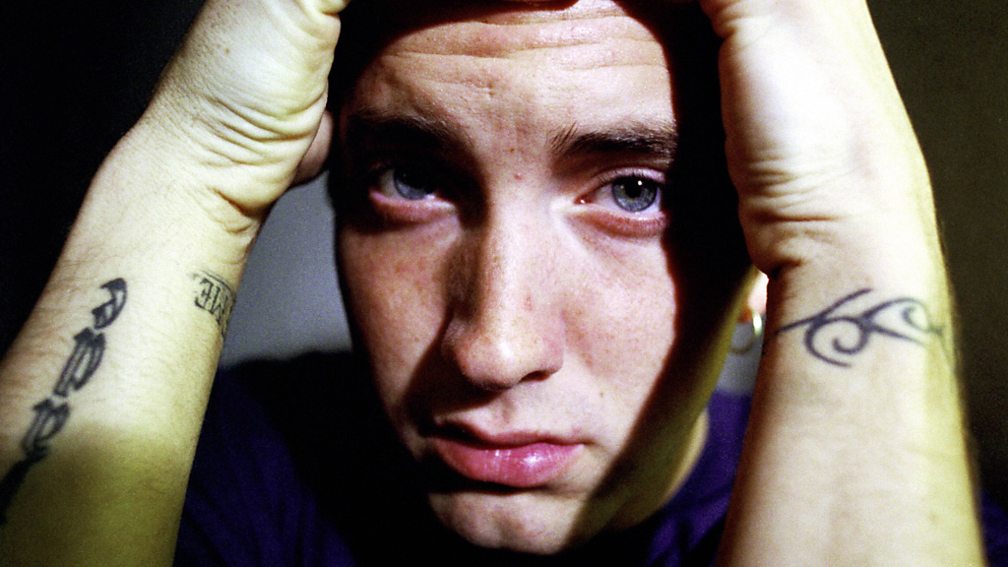 "And by the way, I also love Eminem."

[Eminem, however, does not love Trump, judging by his recent track Campaign Speech.] 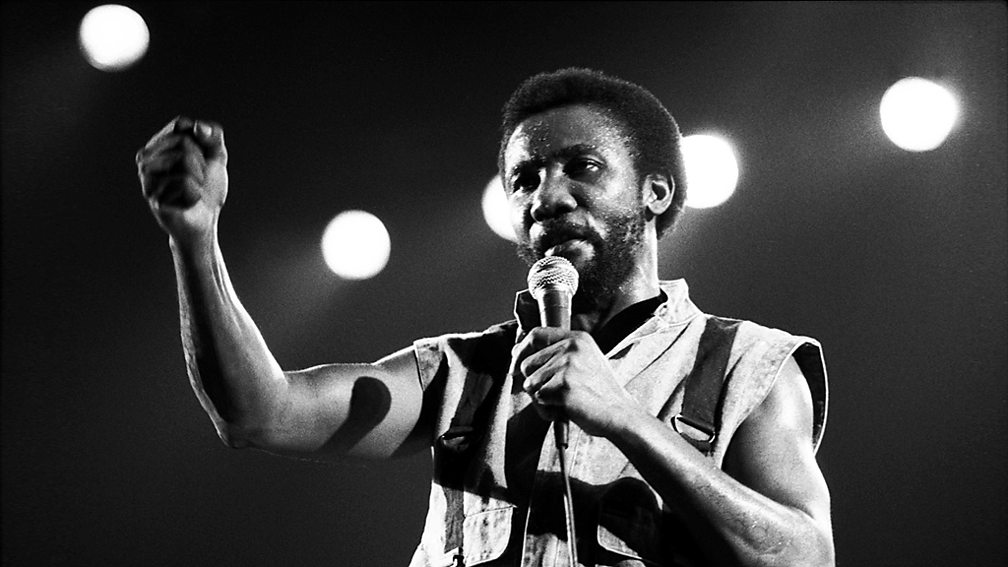 Toots Hibbert of Toots & The Maytals

The music relaxed me

"I heard the guest band, Toots & The Maytals, practising out on the set [of Saturday Night Live; Trump co-hosted an episode in April 2004]. They sounded terrific, and I went out to listen to them for a while. My daughter Ivanka had told me how great they were, and she was right. The music relaxed me, and surprisingly, I was not nervous."

The music relaxed me

5. He doesn't mind if you think his taste in music is cheesy

"In Trump Tower, we play a variety of music - anything from renditions of Moon River to versions of Rachmaninov's famous piano concertos. Some people call it cheesy, but others love it, and so do I.

"If you love a certain kind of music, don't let other people's tastes influence your own. Whatever's the best for you is the best. Never forget that."

6. He thinks Steve Reich is a great innovator

"I remember reading about a composer named Steve Reich who came up with a new idea called phasing, which is like windshield wipers going in and out of synch. Apparently he was caught in a traffic jam one rainy day and the rhythm of the windshield wipers caught his attention and he applied what he heard to his musical compositions. He has had a significant influence on contemporary music, and I think he's a great example as an innovator. Sometimes new ideas can come from something as mundane and functional as your windshield wipers. The key is to pay attention and keep your brain and senses open to new stimuli."

[In the above clip, Reich explains phasing and how it came about. It didn't actually involve windscreen wipers, although he has used them as an analogy elsewhere.]

"Focus is a tricky thing. Focus does not mean that you narrow your mind and become inflexible. That is taking focus too far. Just recently I attended the Emmy Awards in Los Angeles because The Apprentice was nominated for the Best Reality Show. I was also asked to sing the [TV show] Green Acres theme song… [while] dressed in overalls and a straw hat and holding a pitchfork.

"This was not really my thing. I am no Tony Bennett, Frank Sinatra, or Elton John… I could easily have said, 'No'... I did it, though, and as a result I won the talent category for the night beating out five other big movie star types, including the wonderful William Shatner. I would not have had this wonderful experience if I had not been flexible."

8. He believes he played a part in Lady Gaga's success

BBC News - Lady Gaga on Donald Trump : "I have nothing to say of him"

"I own the Miss Universe Pageant and have made it very, very successful. One day my people came to me and told me about a young woman they called Lady Gaga, who nobody had ever heard of. We put her on as the entertainer in the middle of the pageant, which is broadcast internationally. I thought, 'Wow, she is really, really good.' The next day, it was crazy. Everybody was talking about how good Lady Gaga was… Well, she became a big star and maybe she became a star because I put her on the Miss Universe Pageant. It's very possible…

"She's a fantastic person, solid as a rock and I'm very proud of her success because I really believe I had at least something to do with it."

[Lady Gaga supports Clinton and told BBC News, above, "I have nothing to say of him."] 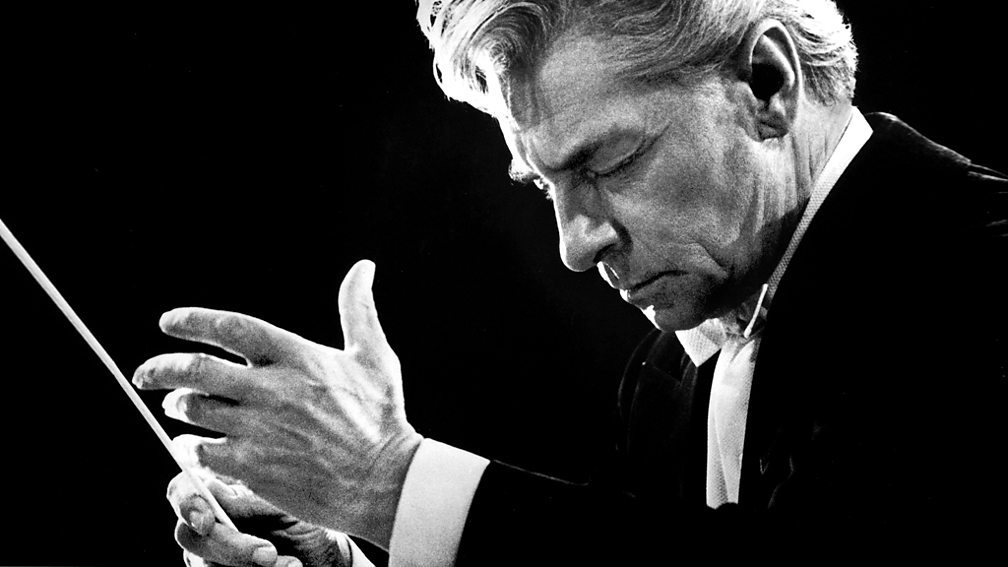 "Running a business is like being an orchestra conductor. When you lead an organisation or a business, you, like a conductor, must take charge and exercise control. How well your people perform is your responsibility, direction flows from the top, and you're the maestro.

"When the orchestra plays, the maestro maintains the tempo. Imagine if each orchestra member set his or her own pace and played at his or her own speed. It would be a cacophony, an ear-shattering mess, a disaster. When a business doesn’t follow a steady tempo, it can also create chaos...

"In my organisation, I set a rapid pace, which is called allegro in symphonic circles."

"I have to admit that my knowledge of classical music is limited."

10. He likes to compare his story to Sinatra's

"I have the greatest respect for people who have experienced adversity and then come back. I was one of those people in the early 90s… It was not unlike what happened to Frank Sinatra in the early 50s. Like me, he lost focus. He took his eye off the ball and he made some bad decisions. (Also like me, it was beautiful women that had a little something to do with his troubles, but that is another story for another time.)

11. He prefers musicians who have made it big

"Can you imagine if Luciano Pavarotti had been singing, contentedly, in some obscure place his whole life, what we would have missed? Or if Elton John was happy to just sing for himself in a garage somewhere? There's nothing wrong with bringing your talents to the surface. Having an ego and acknowledging it is a healthy choice."

[Pavarotti's widow has asked Trump's campaign to stop playing his music at rallies, as Trump's "world vision" did not match that of her late-husband.]

12. He thinks Paul McCartney is a "schmuck"

"Look at Paul McCartney, the poor b******. This ex-Beatle is one of the greatest musical stars of our time. He has sold millions and millions of records and become a millionaire many times over… Then his wife Linda died of breast cancer, and he married Heather Mills. Who ever heard of Heather Mills?

"I remember watching Larry King before Paul and Heather were married. Larry King said, 'Sir Paul, are you going to have a pre-nuptial agreement?' He said, 'I'd never have one, Larry. I don't want one, because we're deeply in love, and I don’t want one.' I thought, 'What a mistake. This guy's a schmuck...' Sure as hell she made his life miserable for three years, then sued him for $400 million."

13. But, ultimately, he prefers golf to music 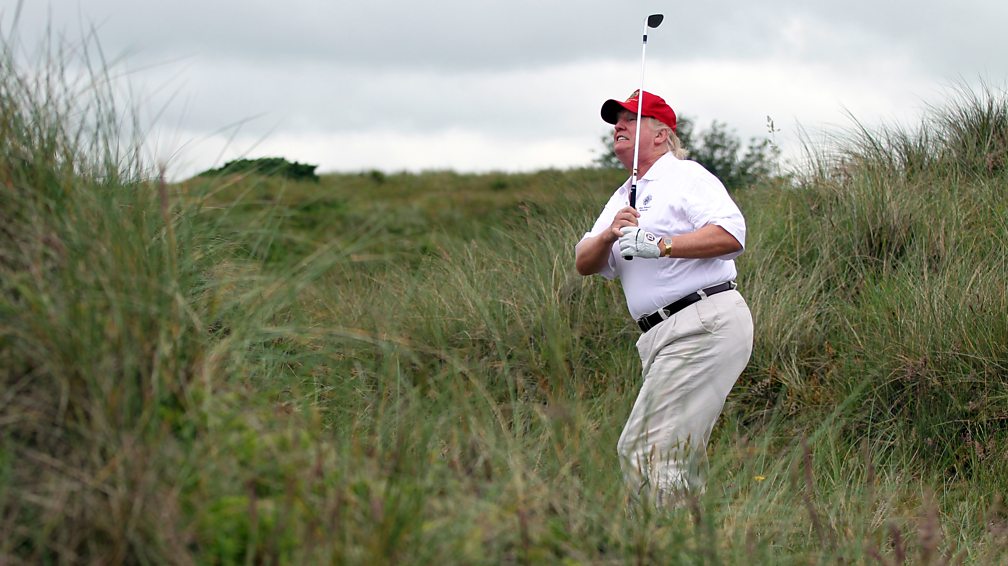 "Everyone has his or her own way of letting go of steam, letting go of tension, and changing thinking patterns. Whatever works for you is the best choice, as long as it's not self-destructive or destructive to others. That's why I like golf…

"What I do in my office at times is to practise my swing, or I'll just pick up a golf club and think about the game. That action alone is a breath of fresh air - even if it's office air - and helps me see things creatively or in a new light. I know that some people find music or exercise does that for them, but for me it's golf."