The biggest music news stories of 2015 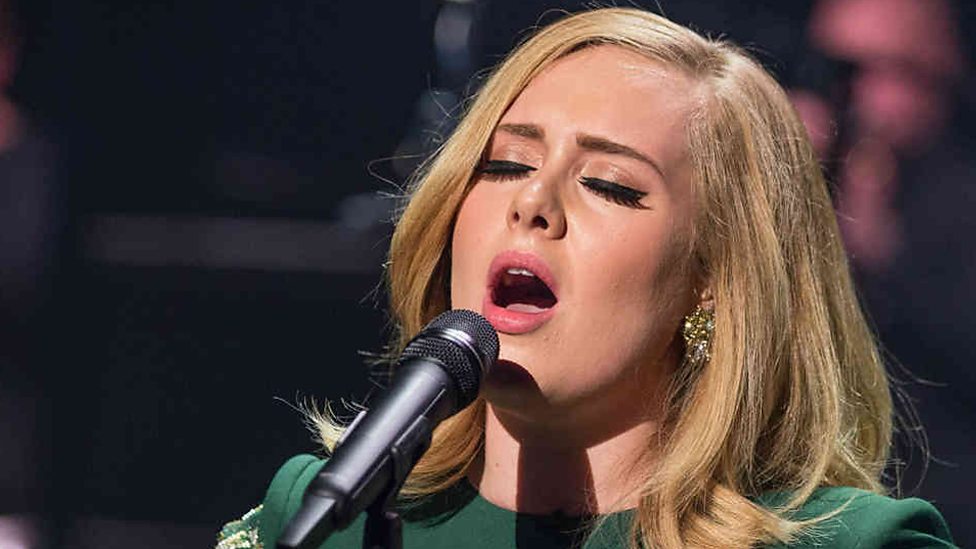 Kanye at Glastonbury, Adele's return, the death of B.B. King... all massive music stories in 2015, but what else made the news that intrigued you? Below, by month, is a list of the biggest stories posted by BBC Music News and Newsbeat, and it's full of surprises... 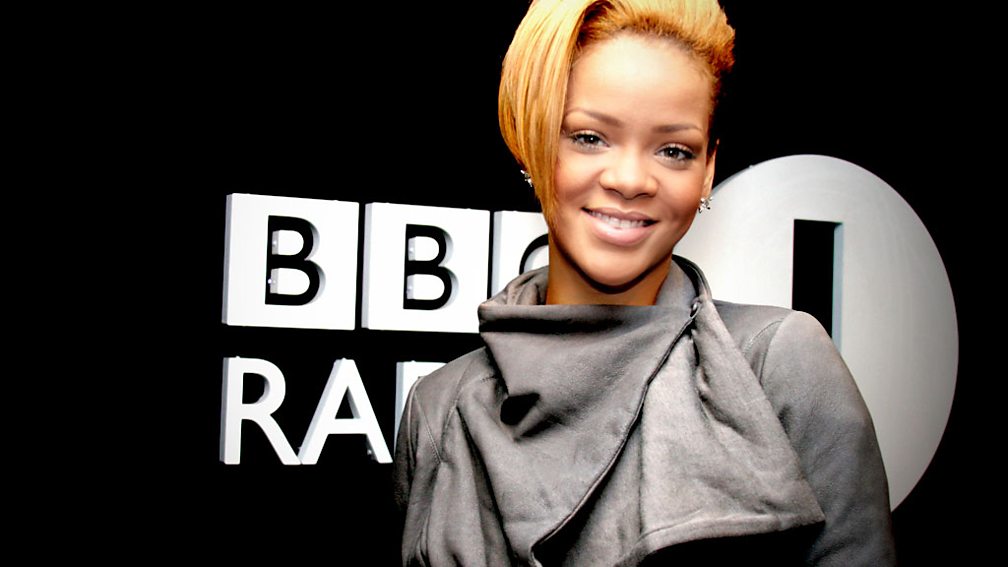 Rihanna, who won an image rights battle against Topshop

"I may never play guitar again" ran the headline above a story about Bono's bike accident that had happened in November 2014. The U2 singer's arm was broken in six places and he'd fractured his eye socket, hand and shoulder blade.

Also in January, Rihanna took on Top Shop and won, Gary Glitter was in court, titan of easy listening Demis Roussos passed away and, in what would become one of 2015's most tragic stories, Whitney Houston's daughter Bobbi Kristina was 'found unresponsive' in a bath, aged just 21. 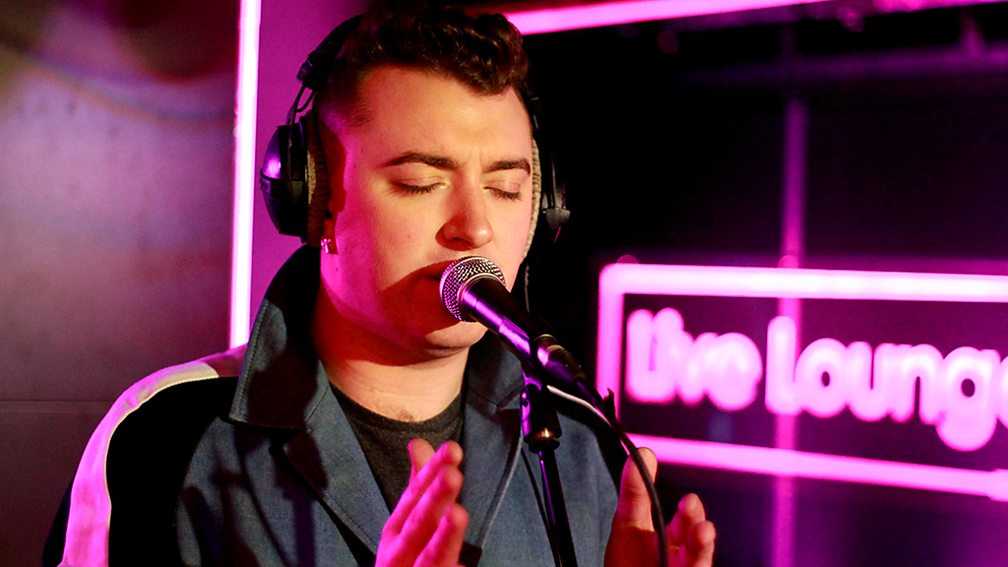 February means awards. Early in the month, our very own Sam Smith cleaning up at the Grammys in the US was huge news (he won four awards - Best New Artist, Best Pop Vocal Album, Record Of The Year and Song Of The Year), then at the Brits on 25 February Madonna fell and - unintentionally for once - stole every headline going. 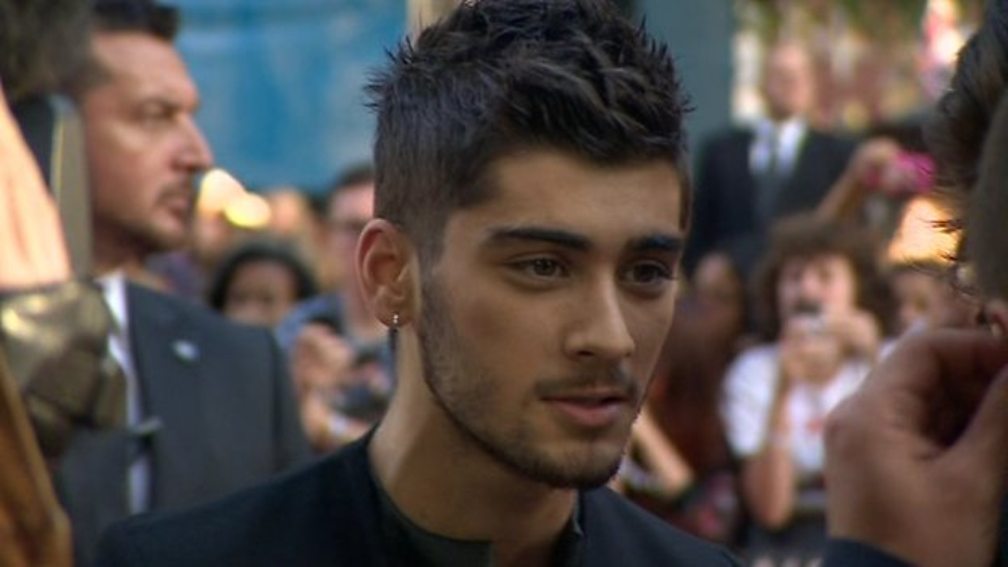 And then they were four. In March, Zayn left 1D

Madonna was back in the news in March, calling Radio 1 "discriminatory and unfair" after the station declined to play her latest single, and there were others forced into defending their pop wares. Electro Velvet, the duo behind the UK's Eurovision entry claimed to enjoy the fact that their song, Still in Love With You, divided opinion, adding: "It's better than everyone having apathy for it."

April proved to be a terribly sad month for music fans. On 1 April, we found out that celebrated American singer-songwriter Joni Mitchell was is in intensive care after being found unconscious at her Los Angeles home, then came news of two deaths: John Lennon's first wife Cynthia died from cancer and Percy Sledge passed away. He was most famous for recording the enduring soul anthem When A Man Loves A Woman. 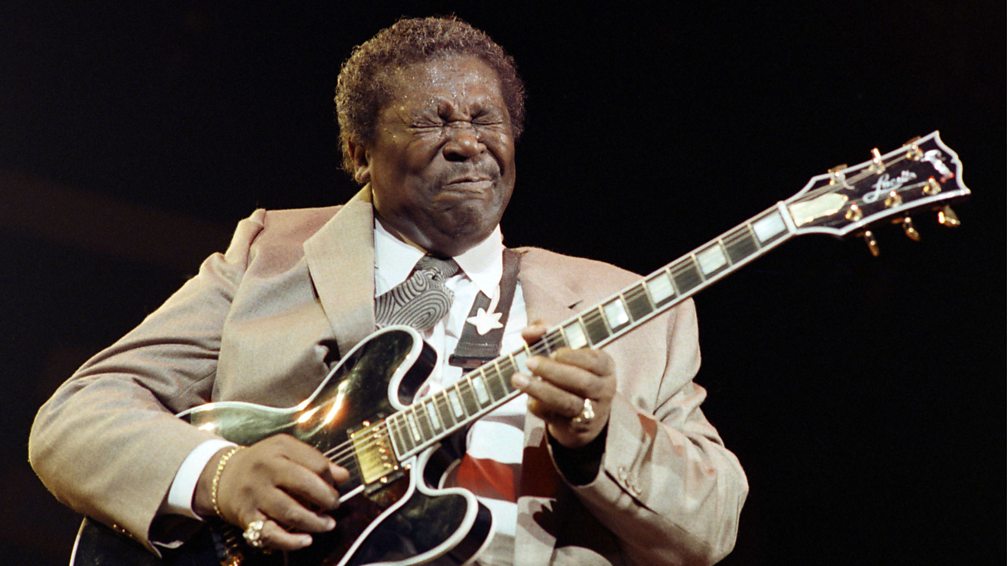 In the end, it didn't work out so well for Electro Velvet. The duo scored just five points and came 24th out of 27 in the Eurovision Song Contest on 23 May, but there was better news for The Who. After wild speculation, they were announced as the final Glastonbury headliner.

Also, was this the woman who came from Greece and had a thirst for knowledge? And The Edge fell off the edge - of a stage at the Rogers Arena in Vancouver on the opening night of U2's world tour.

June began with a story no one could have predicted - Enrique Iglesias slicing his hand open on a drone - and it was followed by another serious, mid-concert injury: Foo Fighter Dave Grohl breaking his leg, which led to the band later pulling out of Glastonbury.

Taylor Swift also successfully called out Apple Music, Grimmy and Rita Ora were announced as X Factor judges, and the opening night of William Tell at the Royal Opera House was marked by boos over a rape scene with nudity.

Glastonbury became all about Kanye and, less predictably, Lionel Richie, and there was an update on Joni Mitchell's health from her friend David Crosby of Crosby, Still & Nash. 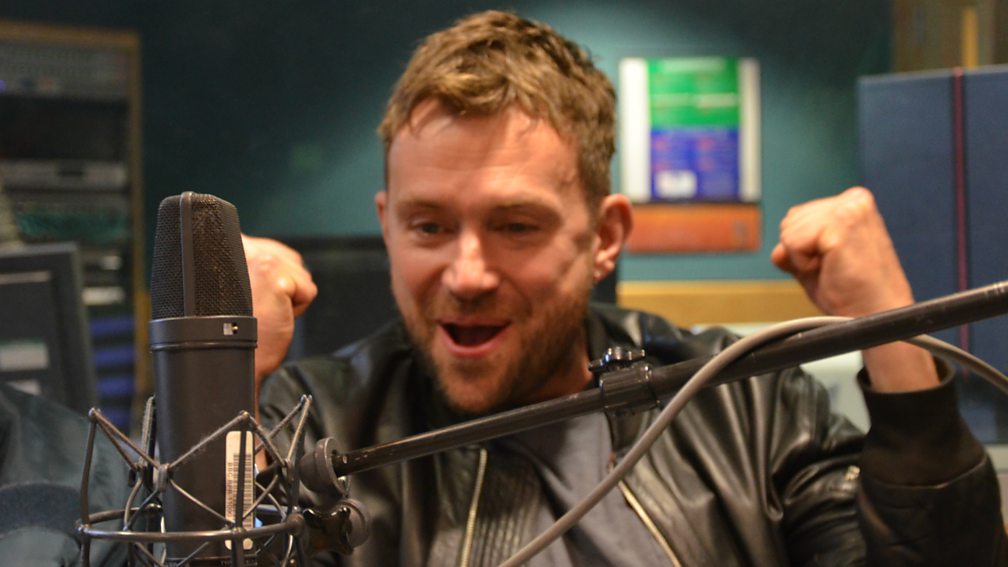 Post-Glastonbury, Lionel stormed to the top of the album chart, in the same month the Official Chart moved to a Friday. And over in Denmark, Blur's Damon Albarn had to be forcibly removed from the stage at the Roskilde festival after playing a five-hour set with Africa Express.

The death of Cilla Black on 1 August was the biggest music news story of the month by far, and there were two other items that also sparked your interest: Pretenders frontwoman Chrissie Hynde coming under fire for remarks she made about rape in a Sunday Times interview and the X Factor launch on 29 August suffering a slump in ratings. 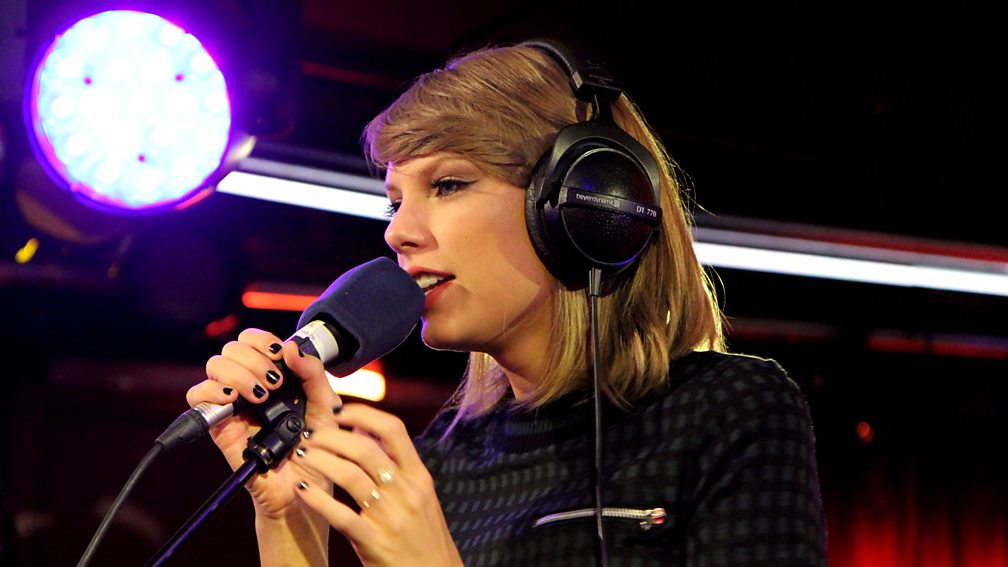 Not in your wildest dreams is this video offensive, claimed Camp Taylor

So, it wasn't Ellie Goulding, as many had guessed, but Sam Smith who ended up singing the new Bond theme, Writing's On The Wall.

In other news, Taylor Swift was criticised for her Wildest Dreams video, forcing a defence from its director, Joseph Kahn. "It is not a video about colonialism but a love story on the set of a period film crew in Africa, 1950," he said.

Meanwhile, a Russian prank caller said he and a colleague tricked Sir Elton John into thinking President Vladimir Putin had phoned him to discuss gay rights. 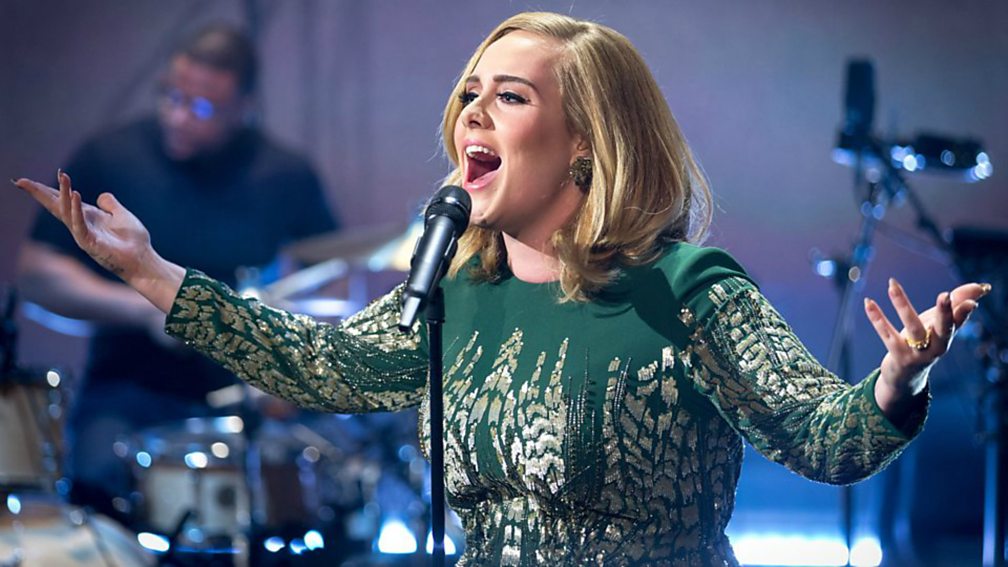 We'd been wondering after all these years when Adele would return

"Hello, it's me," she sang and with that came an avalanche of Adele news, beginning with her comeback single premiering on Radio 1 on 23 October after having been trailed in an advert aired during X Factor the weekend before.

Selena Gomez receiving chemotherapy after being diagnosed with the autoimmune disease lupus was also a big story in September, along with Bohemian Rhapsody turning 40 and Paul Heaton telling BBC Music news reporter Mark Savage about life after The Beautiful South. 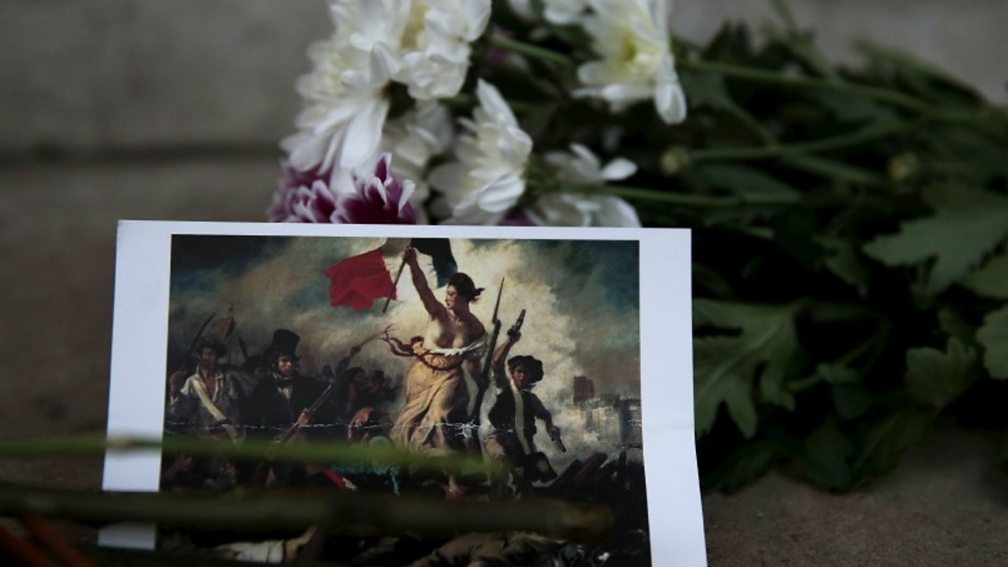 Flowers and a card left in Paris after the attacks

Adele's album, 25, smashed all records in a month that also saw Taylor back in the news for allegedly stealing the lyrics to her hit 2014 song Shake It Off and two drummers die - Phil Taylor, formerly of Motörhead, and Andy White, who drummed on the first Beatles single, Love Me Do.

Carly Simon also revealed who You're So Vain is about and Benjamin Clementine won the Mercury Prize, but October was overshadowed by news of the Paris attacks - the cancelling of gigs in the aftermath and Eagles of Death Metal saying they were "horrified and still trying to come to terms" with what happened at the Bataclan concert hall. 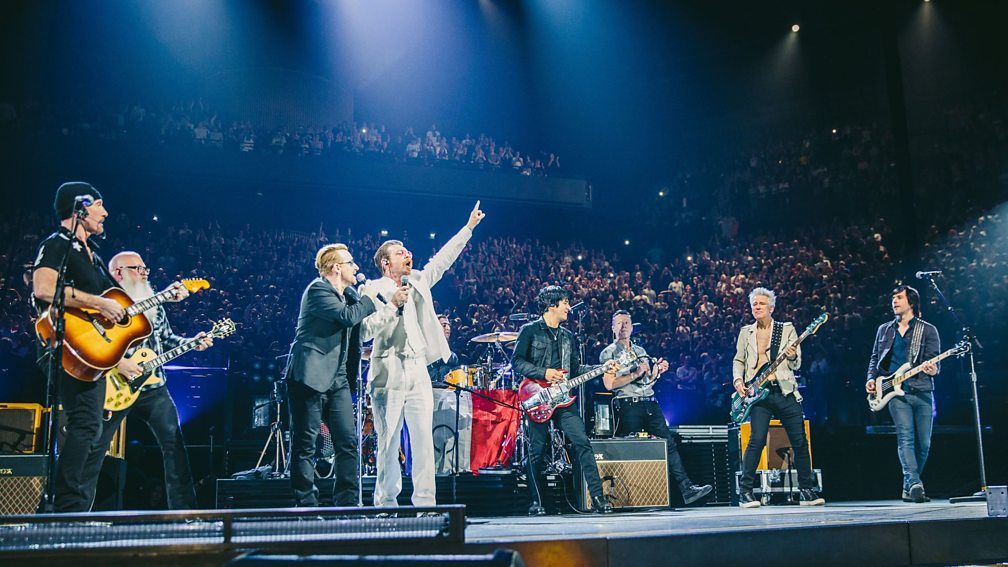 Eagles of Death Metal made a triumphant return to Paris, performing with U2 on 7 December, less than a month after the attacks.

Also in December, fans claimed their personal data had been breached while buying tickets for Adele's tour and Stone Temple Pilots singer Scott Weiland died at 48. Then, just before Christmas, The Beatles' music joined streaming services, not long after Major Lazer’s Lean On was announced as being Spotify’s most-streamed track of the year.