Did these pop stars actually change the course of history?

From ABBA to Zappa, we all know about the mercurial musicians who changed musical history thanks to their uniqueness. But what about the artists who influenced world events and maybe changed the course of human history in the process? Wars, insurgency, revolution, riots - these are not phenomena one expects entertainers to have an influence on, but that doesn't mean bold claims haven't been made on their behalves.

Here we take a look at seven apocryphal stories about pop stars and their brushes with destiny in order to assess the veracity of the claims.

The story: In 2010, BBC News ran a story with the headline: "Singer James Blunt 'prevented World War III'." Speaking to Radio 5 live, Blunt - a former captain in the Life Guards - said he'd resisted an order to attack Russian soldiers while on duty in Kosovo in 1999, thus not triggering an all-out thermonuclear confrontation between the world's superpowers. As a guest on Pienaar's Politics, Blunt spoke of the "mad situation" he found himself in when he heard orders to "overpower" Russian troops. The story of the Tidworth-born officer-turned-troubadour was apparently backed up by General Sir Mike Jackson, who said: "I'm not going to have my soldiers be responsible for starting World War III."

The verdict: According to the fact-checking website Snopes, the claim that Blunt prevented World War III is "mostly false". The You're Beautiful singer actually said he'd have refused if necessary, but it was Blunt's superior - General Jackson - who repudiated the order to fire on the Russian soldiers, hence the quote.

Did Lou Reed inadvertently bring down communism in Czechoslovakia?

The story: The Lou Reed-loving Czech rock group The Plastic People of the Universe may well be the only covers band to ever alter the course of history. After tanks from the Warsaw Pact countries rolled into Prague in 1968, curtailing the liberalising and reformist Alexander Dubček, bands were told to play on, but only if they didn't have long hair or sing in English. The Plastics, with their unshorn locks, bohemian ways and repertoire of Velvet Underground and Frank Zappa songs, proved to be a thorn in the side of the Soviets. Members and fans of the band were put on trial in 1976, leading playwright Václav Havel and others to write the Charter 77 manifesto and organise protests that shamed the government into lightening the band members' sentences. Havel was also a Lou Reed fan and he'd spend evenings dissecting lyrics with the Plastics' svengali, the poet Ivan Jirous, according to The Economist. The insurgency gathered stealthy momentum until the Velvet Revolution of 1989, which saw Havel instated as prime minister of his country until Czechoslovakia peacefully dissolved in 1993.

The verdict: There's more than a grain of truth to this story. When Reed went to interview Havel for Rolling Stone in 1990, he was left stunned when the statesman said to him: "Did you know that I am president because of you?" But did the Velvets' music cause a revolution? The last word goes to Havel, who, as the Guardian reported, said to Reed: "Not in itself, it's not sufficient in itself. But it can contribute to that significantly in being a part of the awakening of the human spirit."

The story: When the occupation of France ceased at the end of World World II, Édith Piaf was summoned before a purging committee. She was charged with continuing to perform in the unoccupied zone of Vichy France and touring German prisoner of war camps where she sang to French captives. It apparently emerged during the hearing that she'd been part of a resistance network that helped more than 100 prisoners escape the gulags (some accounts suggest thousands). How was this done? The chanteuse posed for photographs with prisoners, which were then taken and developed, blown up and used to create false travel documents to help POWs escape.

The verdict: Piaf's life is shrouded in myth, and this part of the story has been repeated many times, often mutating with each telling. Snopes rates the validity of the claims as "unproven"; Piaf fans are adamant it's all true, while her detractors have her down as a collaborator on par with Coco Chanel. Was Piaf a war hero or was the story concocted to appease the purge committee? With a dearth of solid evidence in either case, the jury's out. 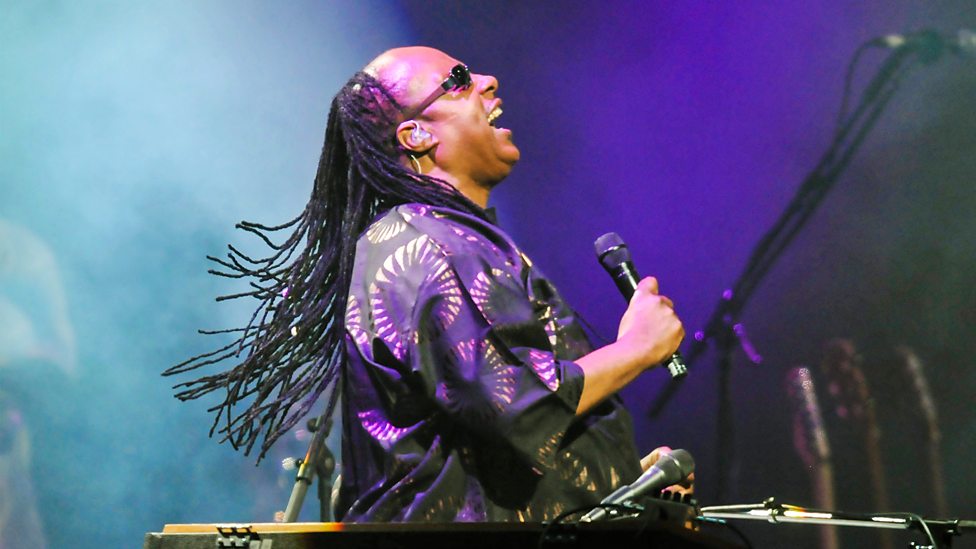 The story: Many people who sing Happy Birthday - the Stevie Wonder version at least - are unaware that it's about the American civil rights leader Martin Luther King Jr. The 1980 song features the lines: "For in peace our hearts will sing / Thanks to Martin Luther King" in its second verse. Happy Birthday went to No.2 in the UK charts, and thanks to its generic title, is played to this day all around the world in recognition of belly button anniversaries. This unassuming pop record was also the opening salvo in a campaign by Wonder to have the United States mark King's birthday with a federal holiday on the third Monday of every year. Four months after its release, in January 1981, a 25,000 crowd marched upon the Washington Monument and declared the day their own holiday, according to the Washington Post. "I am not a politician," said Wonder following the rally. "I am not a leader. I am a human being given the honour and gift of song and with it, I give the best possible." The Reagan administration initiated the legislation in 1983, and it was observed for the first time three years later.

The verdict: All true. It's generally accepted that the singer, born Stevland Hardaway Morris, was the driving force in making Martin Luther King Jr. Day a reality thanks to his high profile status and the esteem in which he is held. "With the release of his single Happy Birthday in 1980 and a subsequent peace rally in 1981, Wonder was instrumental in generating public support for a national holiday honouring King," wrote Pitchfork earlier this year.

Was Johnny Cash the first American to intercept the news of Stalin's death?

The story: As a country music superstar Johnny Cash walked the line, and as a soldier in the US army he intercepted the dots and dashes as a morse code operator in the 12th Radio Squadron Mobile. The story goes that the singer-songwriter intercepted the Red Army relaying news that Russian premier Joseph Stalin was dead, a hugely significant change of circumstances in the Cold War in 1953. Websites abound with tales of Cash being the first American to find out about the dictator's demise, although credible sources are thin on the ground. The story seems to have come from the Man in Black himself, from his Cash: The Autobiography: "I was the ace. I was who they called when the hardest jobs came up. I copied the first news of Stalin's death. I located the signal when the first Soviet jet bomber made its first flight from Moscow to Smolensk; we all knew what to listen for, but I was the one who heard it..."

The verdict: The likelihood that Johnny Cash was involved in the interception is possible, though the idea that he transcribed the message alone is played down in Steve Turner's authorised biography The Man Called Cash from 2001. The comment apparently brought a "wry smile to the faces of those who worked with him. 'That's nonsense,' says one. 'He didn't understand Russian, and if it came in code we wouldn't have been able to decipher it anyway.'" 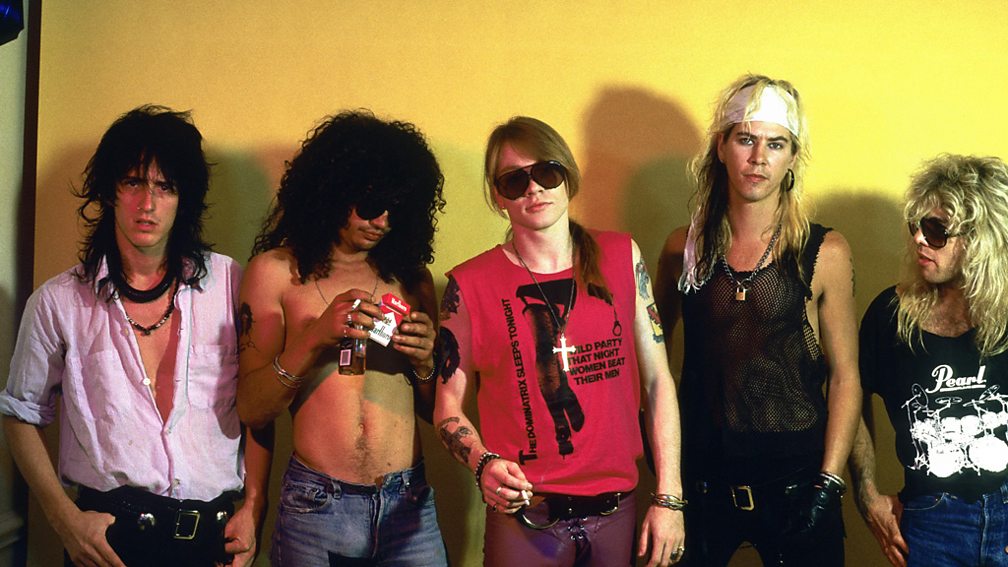 The story: Playlists are an irreducible part of every music fans' life in 2018, but in 1989 they were mostly used to smoke wanted strongmen out of religious sanctuary. General Manuel Noriega was holed up in the Vatican embassy in Panama after the US army had invaded the country and toppled his oppressive regime. A plan was devised to bring Noriega - who was facing indictments for drug trafficking and election rigging - out of hiding. The US military radio station Southern Command Network compiled a wry playlist of heavy metal hits to blast out the military dictator, including Welcome to the Jungle by Guns N' Roses, Panama by Van Halen and I Fought the Law by The Clash. Noriega went into hiding on Christmas Day and surrendered 10 days later, on 3 January, perhaps in dreaded anticipation of the 11th day pipers piping.

The verdict: Indirectly true. His surrender in the face of unwavering music torture is well documented. Other songs on the playlist included Danger Zone by Kenny Loggins, Run Like Hell by Pink Floyd, and the more poppy Give It Up by KC and The Sunshine Band and Rick Astley's Never Gonna Give You Up, which as the Mercury News in San Jose pointed out, was some serious proto-rickrolling in action. The United Nations and the European Court of Human Rights have both banned the use of music in interrogation, while Sara MacNeice of Amnesty International told BBC News in 2008: "It's important to appreciate that this is not about 'music' in any normal sense, but more like an aural assault on a person designed to intimidate, disorientate and eventually break down a prisoner. Whether it's the use of loud music, extremes of heat or light, painful 'stress' positions or simulations of drowning, these techniques are cruel and inhuman and strictly forbidden under international law."

Did David Hasselhoff bring down the Berlin Wall? 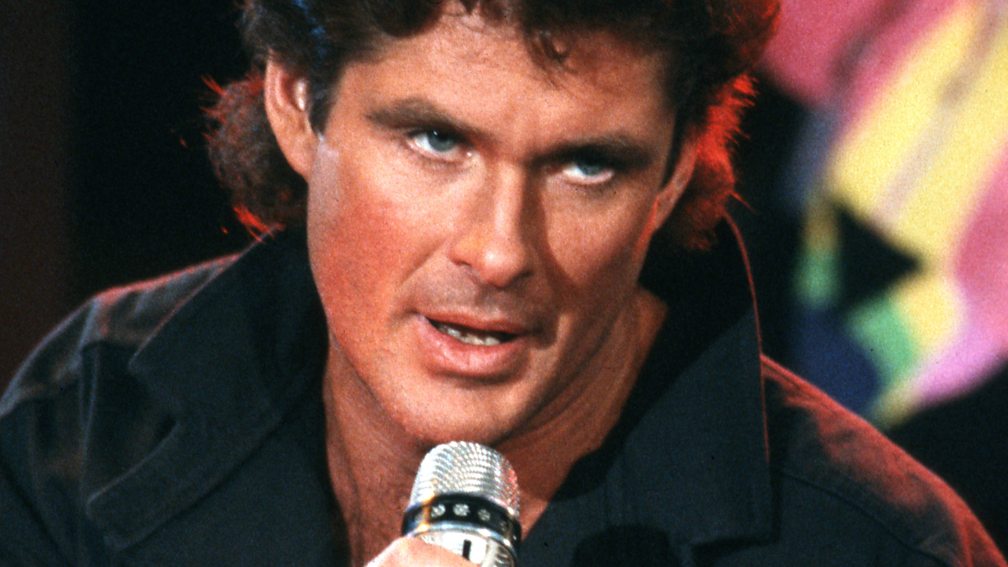 The story: Nearly 30 years on from the fall of the Berlin Wall, David Hasselhoff's name is still "inextricably - bizarrely - intertwined with that of the Berlin Wall", according to the Guardian. The story goes that the hunk in trunks, sensing the wind of change, recorded the zeitgeist-y Looking for Freedom (a cover of song from 1978, but don't let that detail get in the way). The song held down the No.1 spot in Germany for eight weeks in 1989, and eventually inspired thousands of East Germans to start climbing over the wall. Hasselhoff himself is sure of his place in history, telling Spielfilm magazine in 2004 that he found it "a bit sad that there is no photo of me hanging on the walls in the Berlin Museum at Checkpoint Charlie".

The verdict: Hasselhoff's famous gig at the Brandenburg Gate on New Year's Eve 1989 came nearly two months after Germans began travelling from East to West in their thousands. What's more, the song Looking for Freedom would have been banned and unavailable in the GDR. "It's unclear whether our curly-haired hero believes he had a causal role in the end of the cold war - one would imagine not, on a good day," wrote Emma Hartley, author of the book Did David Hasselhoff End the Cold War? "And yet I would argue that a pop song is like a perfume, in the sense that when one encounters it after many years it has the capacity to take you right back to where you were the last time you encountered it. So the Hoff's song embeds him in the fabric of history, as experienced by those who were present."