8 music things we'd like to see make a comeback

Now is the time of year when we're blessed with lists of ones-to-watch and up-and-comers for the months ahead, like BBC Sound of 2018, but the tree-lit nostalgia of Christmas has also got us thinking about the musical phenomena we'd love to see making a comeback…

Perhaps in this age of social media shame, we're all just a little more afraid of making a fool of ourselves. How much more, then, do we need someone unafraid to absorb all the strings and arrows with their ostentatiously bared chest, bouffant hair blowing in the wind machine? The last of this breed of enjoyably ludicrous singers were perhaps Razorlight's defiantly arrogant Johnny Borrell (pictured), king of the white jean and the soundbite ("If I saw me I'd want to speak to me, too - I'd think, 'That guy looks like he's from Mars, he's somehow strangely compelling," he once told the Guardian), and Donny Tourette, the Guns N' Roses-inspired Towers of London guttersnipe who gave so many breathless laughs to viewers of Never Mind the Buzzcocks. We like to hope they won't be the last.

Donks, and the putting on thereof

Blackout Crew - Put A Donk On It (Official Video)

Back in 2008, Bolton teen dance MCs The Blackout Crew taught us that all music sounds better with a "donk" - a particularly rubbery, rebounding thwack that was at the core of the bouncy house sound then taking hold of the north-west of England. Their manifesto was laid out in the single Put a Donk on It, in which they described how bassline, electro and techno could all benefit from a good donking. The opening lines, "Yeah, that's good... You know what you wanna do with that right, you wanna put a bangin' donk on it!" became more quoted than any dance crossover phenomenon since Artful Dodger's Re-Rewind. Blackout Crew released their debut album, Time 2 Shine, in 2009, but since then the prevalence of donks has dropped sharply. Surely a donk resurgence is just what all that moody alt-RnB around now is crying out for?

Modern digital studio wizardry can recreate any instrument imaginable on Earth or beyond, but still, there's something about the grandiosity of a statement instrument that can't be replicated. For 2018 we'd like to see more prog flute (Björk's already started the comeback on that one, featuring lots of flute on her recent album), more keytars, lots more Theremin, and maybe a few Stylophones. There's so much out there! Pan pipes, glass harmonicas, church organs… the truly experimental could even go down the DIY route, and invent their own instruments like Thomas Truax, or indeed footballer Dion Dublin, inventor of percussion instrument the Dube.

In 2000, German experimental video artist Matthias Fritsch filmed a short clip at a Berlin dance parade, focusing at first on a group of street dancers, with a blue-wigged woman in the centre. Suddenly, a man in a vest blunders into the woman, grabbing her. From screen right, there then appears a titan: Technoviking. A bare-chested, mighty-bearded figure with braided hair and a pendant depicting Mjolnir, the hammer of Norse god Thor, he rebukes the man, sending him on his way with a stern point and an unnervingly fierce glare, before continuing on his way down the street with some extremely muscular dance moves, accepting bottles of water and flyers proferred by awed mortals.

Fritsch released the video online in 2001 in an attempt to spark discussion about whether the drama was real or staged. Instead, it went viral, siring hundreds of tribute songs, mashup memes and re-enactments such as Technoviking High School.

Fans attempted to track down the identity of their bare-chested hero. Sadly, the real Technoviking - who remains an enigma - did not take easily to worship, and Fritsch became the defendant in a Berlin court case for infringement of personality rights, eventually being sentenced to pay the man €13,000 in tribute (okay, damages) plus €10,000 in court costs. Although he was ordered to cease publishing Technoviking's image, Fritsch still managed to make a documentary about the whole kerfuffle, The Story of Technoviking [warning: contains adult language].

What we're hoping, though, is that the reason Technoviking is so protective of his intellectual property rights is that he means to use them for himself, dominating the world of hard dance music with the power of Valhalla.

Music can give you a powerful push when you're trying to get fit. But sometimes, especially when you're still a quarter full of chocolate from Christmas, you need an extra shove. So this year, preferably as soon as possible, we'd like to see a return for the musical motivators of yore.

Our first paragon of the form is musclebound and multi-talented Mr T, who in 1984 released a film called Be Somebody… Or Be Somebody's Fool!, packed with inspirational advice and songs for the young. With appearances from Martika, Shanice and New Edition, plus raps written by Ice T, it featured a workout section in which T taught some children waiting at a bus stop how to keep healthy by such impromptu means as using a boombox as a weight or balancing a bag of popcorn on your head.

In the 90s, spandex superstar Derrick Evans got the nation up and moving every morning as GMTV's Mr Motivator, known for his boundless enthusiasm and brightly coloured outfits. After the workouts ended, affection for him remained undimmed, and in 2010 he appeared on the main stage at Bestival, rousing festival-goers out of their mid-afternoon slump (he's become a regular at festivals since). In 2012, he found another way to get people moving with the release of the video for In Da House! with two&fro, motivating members of the public in London.

Vixen - Edge Of A Broken Heart

A bit of glamour goes a long way, and the louche, leering, bouffant bad-boy LA monstrosity that was hair metal had buckets to spare. We owe the rise of MTV at least partly to hair metal, and its influence can still be felt in modern power ballads and pop video costumes. But where are its shameless riffs, its sky-reaching choruses, its super-hold crimps? Scene leaders Guns N' Roses are still active, but a shadow of their former selves. Imagine the potential for younger bands to pick up the baton for a hair metal 2.0, with a little less sexism and some more women-fronted bands such as Vixen. LA teen crew Starcrawler are the spirit animals of the first new wave, bringing a punky, bratty edge to hair metal's atittude, and in the form of frontwoman Arrow De Wilde, copious volume of both kinds. Bring on a full movement, and plenty of dry ice! 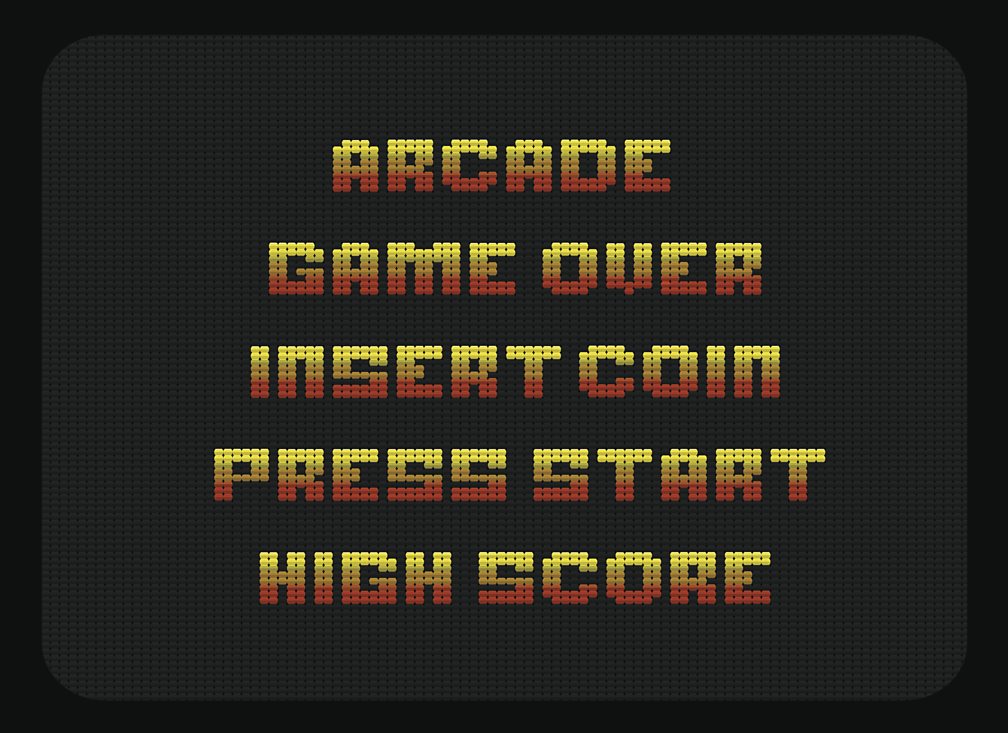 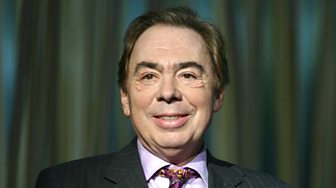 On the 1992 compilation album Now That's What I Call Music! 23, sandwiched among hits by the likes of Roxette and Tasmin Archer, was an oddity: two tracks inspired by arcade games soundtracks. Tetris by Doctor Spin took the main theme from the addictive block-arranging game - a version of a Russian folk song - and gave it a cossack-kicking Eurodance boost. Behind the engimatic moniker were the unlikely duo of producer Nigel Wright and West End impresario Andrew Lloyd Webber (pictured). The single made it to No.6 in the chart in October 1992.

The very same month, Ambassadors of Funk ft MC Mario (aka UK hip-hop and dance producer Simon Harris and rapper Einstein), hit No.8 with Supermarioland, a pulsing, scratching medley of the greatest themes of everyone's favourite block-butting plumber. Film adaptations of games abound, and computer game music has expanded hugely in complexity and brilliance since the early-90s - though you still have to go some to beat Mario's Star Theme - so why aren't the avatars taking over the charts!? 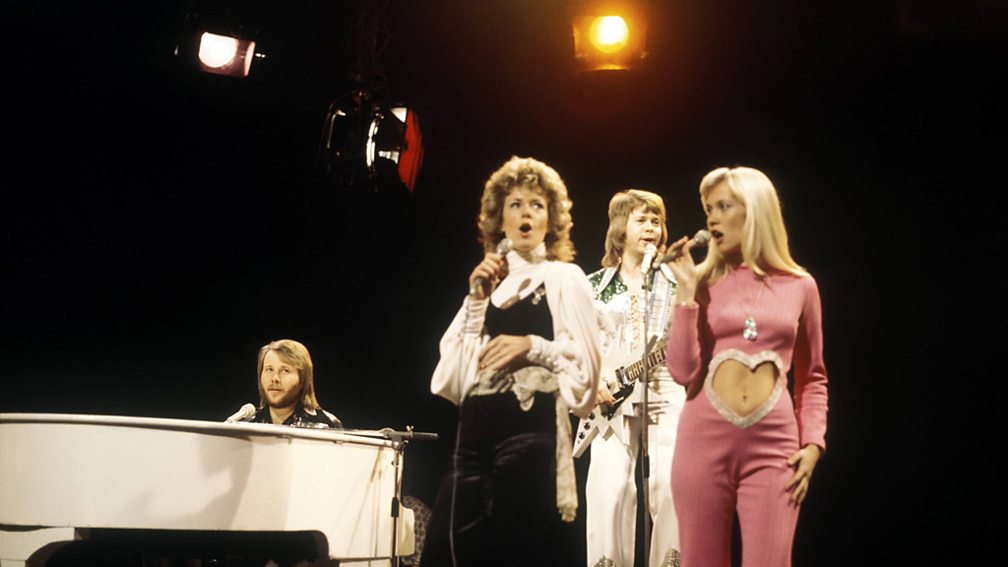 The Super Troupers exhibition at London's Southbank Centre aims to remind us of the powerfully spangly spell the Swedish pop giants cast over the 70s. So beloved are ABBA that tribute acts such as Björn Again can make the kind of living most new bands only dream of. But the original foursome have never gone on the comeback trail, despite the pleas of fans and vast troughs of proffered cash. In June 2016, they performed together for the first time in over 30 years, and announced a digital reunion project with former Spice Girls manager Simon Fuller, described as "a groundbreaking venture that will utilise the very latest in digital and virtual-reality technology… which will enable a new generation of fans to see, hear, and feel ABBA in a way previously unimagined".

There's a virtual reality "performance" with holograms of the 70s-era band set to tour the world by spring 2019, but it's not the real thing. This year, we want the actual band, new songs, and whatever else they've got up their bell sleeves.