11 song lyrics you probably won't understand if you're under 30 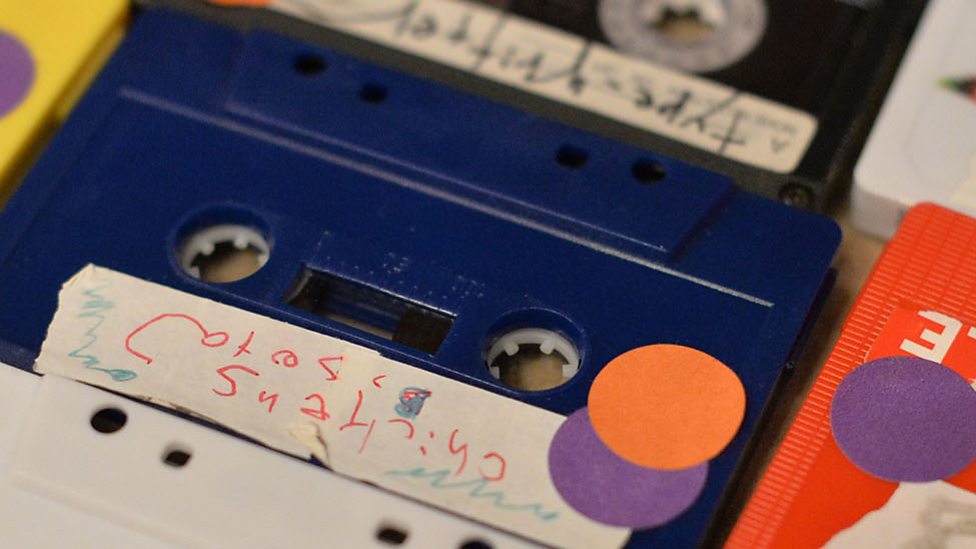 Pop music, like Pop Art, was designed to be expendable. In February 1964, Newsweek predicted that the The Beatles would probably "fade away". But pop has proved to be remarkably durable, with a good song outlasting much of the other cultural ephemera of its time.

Pop music should mirror the society in which it's made, although throughout the last 60 years, society has changed rapidly, meaning what is au courant today may be obsolete tomorrow. Occasionally, you'll catch a line in one of your favourite songs that suddenly seems terribly anachronistic. Most millennials could probably hum Van Morrison's Brown Eyed Girl, but might be left wondering what the hell a "transistor radio" is. And turn off the jukebox, Adam Ant? We would, if anywhere still had jukeboxes rather than infinite streaming playlists.

Here are 11 more examples of tracks where attempts to capture the spirit of the times have been left looking a bit old hat. 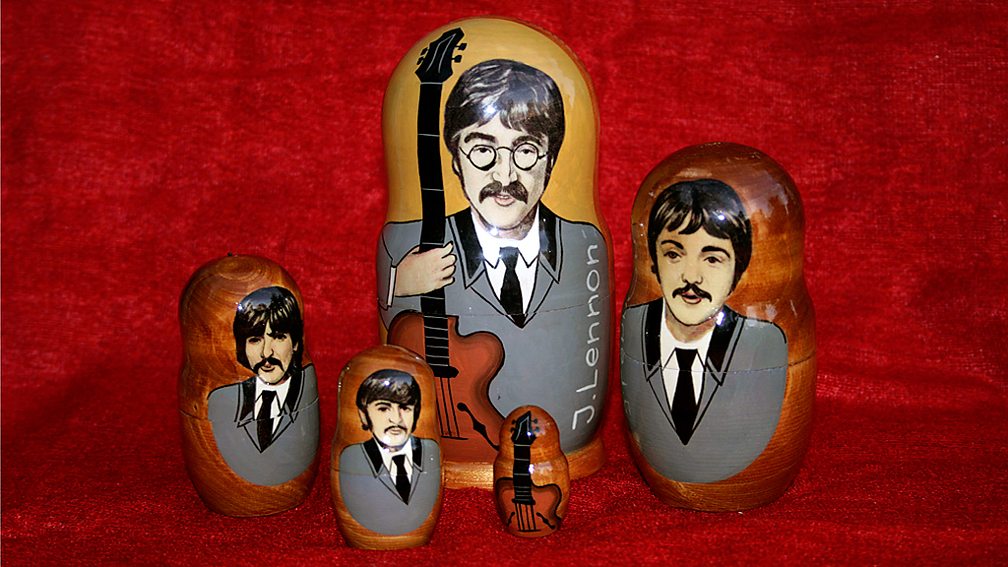 With a nudge and a wink, The Beatles paid homage to The Beach Boys and Chuck Berry with the 1968 White Album opener Back in the U.S.S.R., reworking the title of Berry's Back in the USA, while mimicking Brian Wilson's unique brand of baroque barbershop pop. California Girls was the main inspiration - its East Coast girls and Southern girls becoming Ukraine girls and Moscow girls. With the war in Vietnam raging, and the Cold War more than two decades away from thawing, Paul McCartney's lyric was topical and pithy, and while not overly serious, it did subtly attribute a welcome veneer of humanity to the citizens of the communist superpower, then perceived by many as an enemy. The song is a product of its time, though. The dissolution of the U.S.S.R. in 1991 meant post-war satellite states of the Soviet Union became independent countries again, including Ukraine and Georgia (both mentioned in the song). 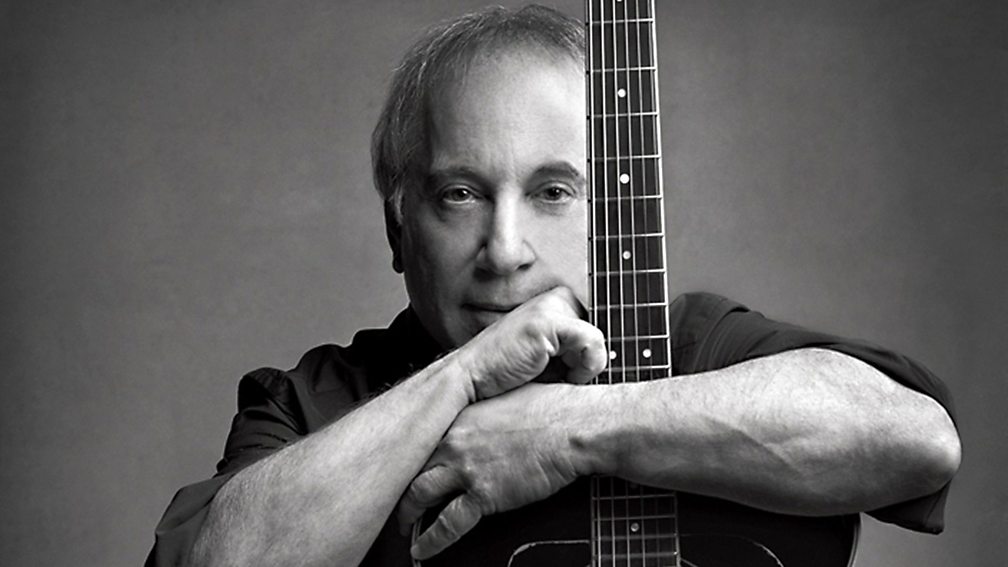 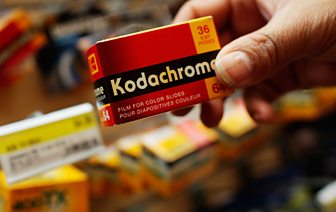 It seems ridiculous now, but back in the last century, if you wanted to take a picture of something, you had to buy a roll of film and insert it into your camera, before returning that film to the shop to be "developed" into a series of physical photographs. Paul Simon was so partial to a particular model of film called Kodachrome that he named a song after it in 1973. The colour film he eulogises about ("Kodachrome - they give us those nice bright colours / They give us the greens of summers / Makes you think all the world's a sunny day") was manufactured by Eastman Kodak from 1935 until 2009, when it was discontinued after losing market share. Its obsolescence leaves the song preserved in time like a gloriously retro soft-focus Instamatic pic of your nan. Ironically, there's never been more demand for photos with an "authentic" vintage hue.

3. Morrissey - America Is Not the World 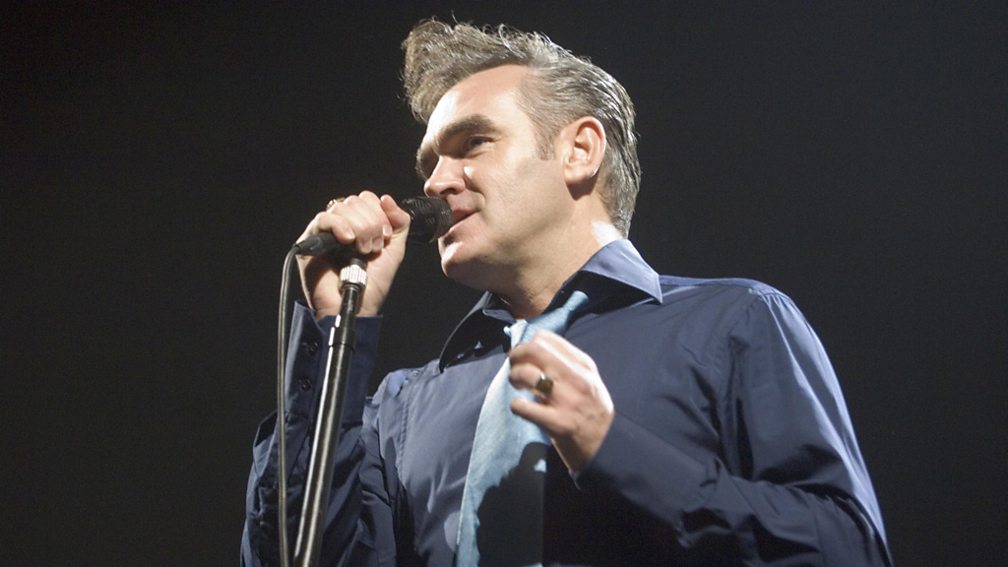 When Morrissey returned from seven years in the recording wilderness with album You Are the Quarry in 2004, fans must have been slightly disconcerted that the normally incisive poet's first lyric on the new record was "America, your head's too big". A verse in and Moz got to work repudiating the claim America is the land of the free, suggesting it could not be the case in a country where "the president is never black, female or gay". President Barack Obama invalidated a third of this assertion when he took office in 2008, while Hillary Clinton gets the chance to nullify another third if she becomes the first female president in 2016's United States presidential election.

When the London-based punk five-piece X-Ray Spex put out Warrior in Woolworths as the b-side to Highly Flammable in April 1979, the American chainstore we affectionately know as Woolies was in rude health. You could seemingly buy anything from Woolworths back in the day, from chart singles to toys, kitchen utensils to pick 'n' mix. It came as a traumatising blow to many then, when Woolworths disappeared from the high street in 2009, a childhood fixture vanquished as fast as Dirty Den was when he was written out of EastEnders in 1989. Den came back, Woolworths still sells goods online, but it's now impossible to make a warrior of yourself in its vicinity.

Faith No More - We Care A Lot 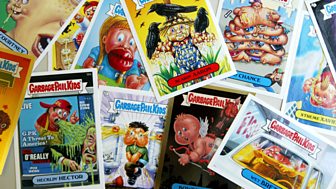 Before Mike Patton helped lead Bay Area rockers Faith No More to international success in the 90s, they were fronted by adenoidal loafer Chuck Mosley, and their 1987 track We Care a Lot - about celebs' hollow concern for a range of worthy causes - was their first stone-cold classic. Throughout We Care a Lot, FNM claim to care about everything from disasters, fires, floods to killer bees, the late Rock Hudson, the army, navy, airforce and marines, and "smack and crack and wack" also.

On top of that, they express a high regard for the Garbage Pail Kids, a series of trading cards that peaked in popularity in schoolyards during the mid-80s. The live action film of the same name picked up three Razzie nominations on its release in 1987, and is reputedly one of the worst movies ever made. Parents were so horrified by the film that they petitioned for it to be withdrawn from circulation. It worked, and it was taken out of cinemas, grossing $1,500. 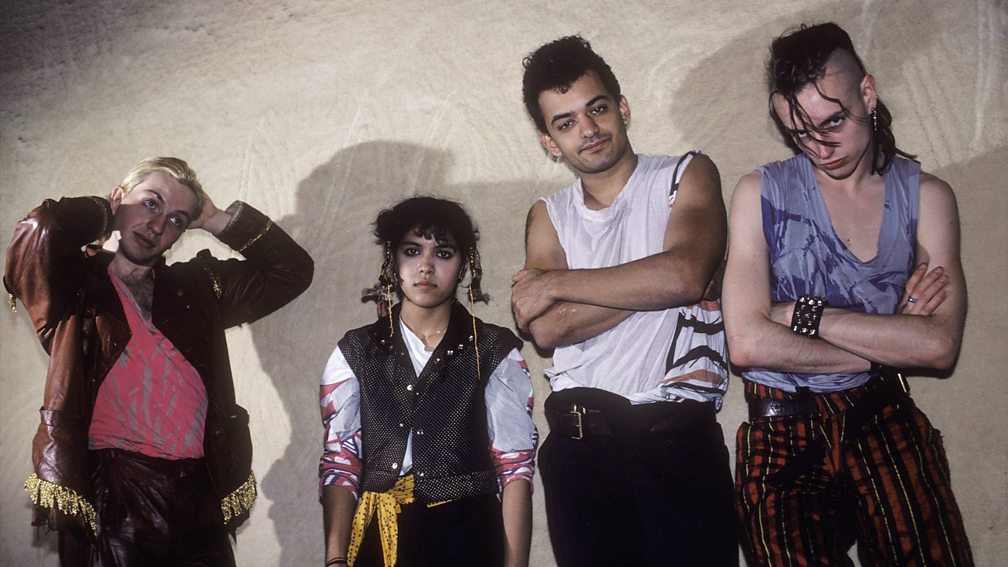 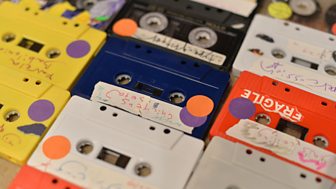 Eighties new wave punk group Bow Wow Wow straddled the chasm separating high art and low art, parodying Manet's Le Déjeuner sur l'herbe on an album cover one minute and singing about wanting candy the next. Their music was infused with a wild energy and C30 C60 C90 Go was no different, though chances are you won't know what they're going on about if you weren’t sentient in the 80s. C30s, C60s and C90s were types of blank tape cassette you could record music onto, the numbers denoting the length of time available (so on a C90 for instance, you could fit the whole of Exile on Main Street, or a really tedious mixtape you made for the object of your affections). What do you mean, "what's a cassette"? 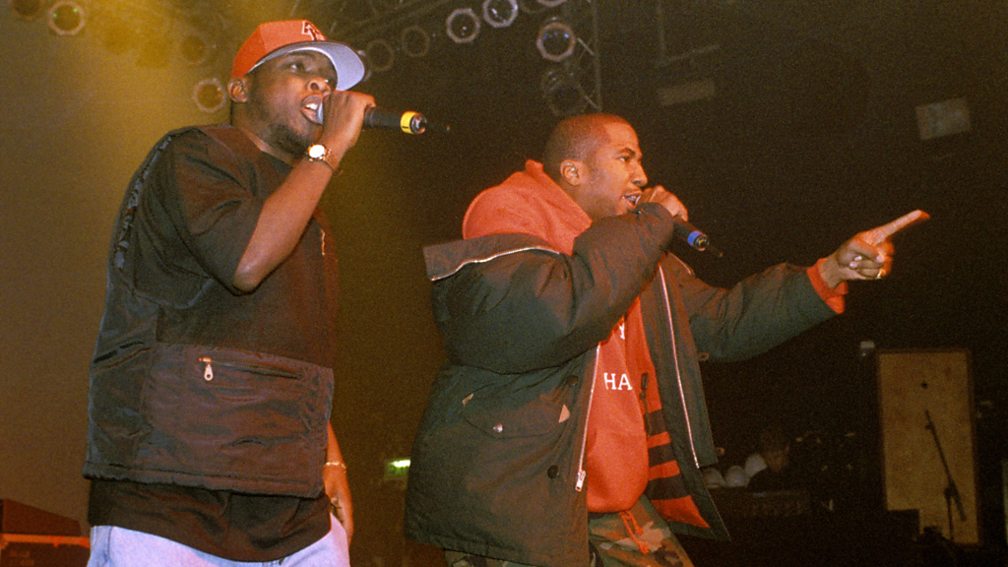 A pager was an absolute essential back in the 90s if you were a member of the medical profession or a rapper. Method Man, Missy Elliott and Three 6 Mafia all referenced the electronic device that prefigured text messaging by about a decade, but nobody said it better than A Tribe Called Quest in 1991. "Do you know the importance of a skypager?" they asked, before going into a myriad of reasons why you need to be reachable at all times. There's even room for a little namecheck for The Donald ("Beeper's going off like Don Trump gets checks"). In the days of the pager, the best joke going was the number “55378008” - turn the device upside down and it spells "boobless". You had to be there. 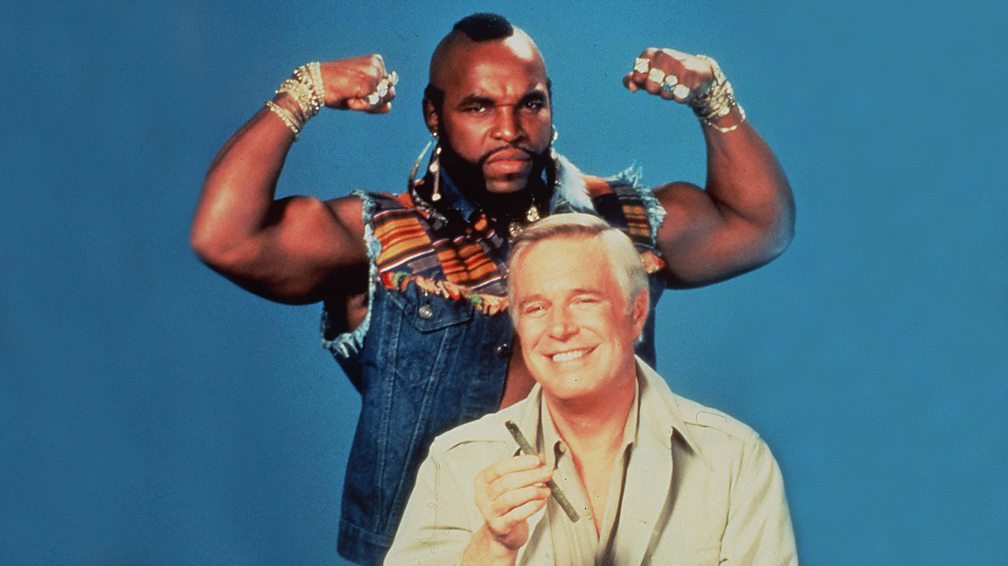 Prince might have mentioned watching Dynasty in his 1986 classic Kiss, but the following year the lesser-known Karel Fialka namedropped many more 80s shows besides - or rather his square-eyed son Matthew did - on the UK Top 10 hit Hey, Matthew. "I see Dallas, Dynasty, Terrahawks, He-Man," said Matthew, "Tom and Jerry, Dukes of Hazzard, Airwolf, Blue Thunder… The A-Team, I see The A-Team!" You might wonder why someone didn't call social services given the amount of time Matthew was allowed to spend in front of the box, and yet what millennials will find hard to comprehend is the fact that everybody used to binge on TV like that. See your mum and dad sat in front of the gogglebox all night watching whatever's on? That used to be the whole family. There was no iPlayer in those days; if you wanted to watch your favourite show you had to be in your house at a specific time to catch it. Weird. 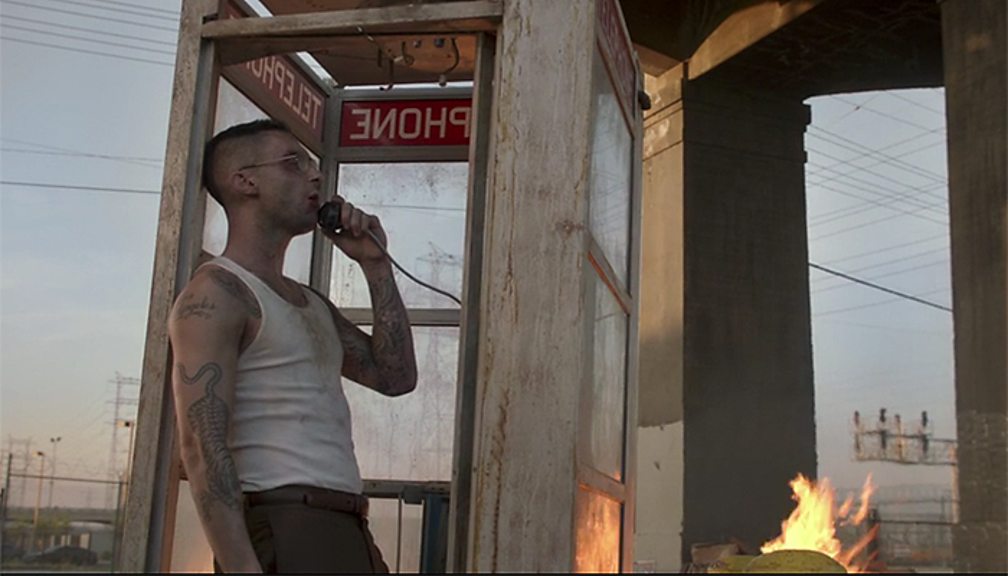 Alexander Graham Bell, who invented the telephone in 1876, had such high hopes for his newfangled device, he speculated that one day every city in America would have one. Nowadays children wonder what red telephone boxes are for, and when you tell them you insert money into them in order to call somebody, they invariably laugh at the absurdity of the suggestion. Does anybody else feel old? Despite the retro nature of the title, Maroon 5 had one of their biggest ever hits with Payphone in 2012, selling nearly 10 million copies, and it was Adam Levine and Co.'s first UK No.1 as well.

When Radiohead released In Rainbows in 2007, they let the genie out of the bottle as far as releasing music independently online was concerned. They also obliterated the tradition of long promotional lead-in periods before major album releases. It's ironic, then, that among all this innovation was a track called Videotape, harking back to a home entertainment essential that now seems positively antiquated. Video cassettes were cumbersome, took up too much space in your lounge and regularly chewed up your favourite movies without compunction, but back in the days before catch-up and on-demand, they ushered in a hitherto unthinkable revolution of viewing convenience. 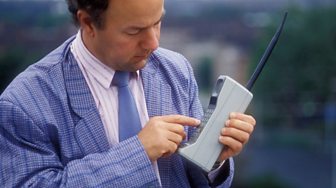 Born in 1996, Holly Låpsley Fletcher will undoubtedly not remember a time when if you wanted to phone someone up, you had to first call a third-party switchboard operator, who would connect you by plugging a pair of wires into different sockets. But the idea of pouring your heart out to the operator has long been a trope of popular song - think Chuck Berry's Memphis, Tennessee, Tom Waits' Martha or Manhattan Transfer's Operator (which Låpsley's song samples) - that we can all still relate to the sentiment. As rotary phones gave way to cordless push-button affairs, brick-sized mobiles to smartphones, so the telephone operator sadly became an anachronism. But as Låpsley’s song suggests, we've lost the opportunity to unburden ourselves to a random stranger with a friendly voice in the process.