8 song lyrics that caused a storm of controversy

The pen is mightier than the sword, the idiom dictates, and used well words can hurt just as much as sticks and stones. The history of popular music is awash with lyrics that kicked up an almighty stink and often with very good reason. Songs like Billie Holiday's Strange Fruit and Public Enemy's Fight the Power held a mirror up to society and forced important debate.

Sometimes, though, a controversial lyric achieves little more than brisk business for a song. Frankie Goes to Hollywood must have been delighted when Radio 1 DJ Mike Read took offence to the chorus of their 1983 single Relax, helping it to shoot up the charts to No.1. And if, as Steve Jones from the Sex Pistols said, "Actually, we're not into music; we're into chaos," why not release a song called God Save the Queen on Elizabeth II's Silver Jubilee in 1977, ruffle the establishment's feathers and enjoy a hit at the same time?

The birth of hip hop created a whole new set of rules for offending the censors (and rival rappers), and we're deep into an age now when social media exponentially exacerbates the amount of outrage a line or two in a song can cause. It can be nauseating, but not always, and somewhere within all these lyrics from recent times there's much to learn: 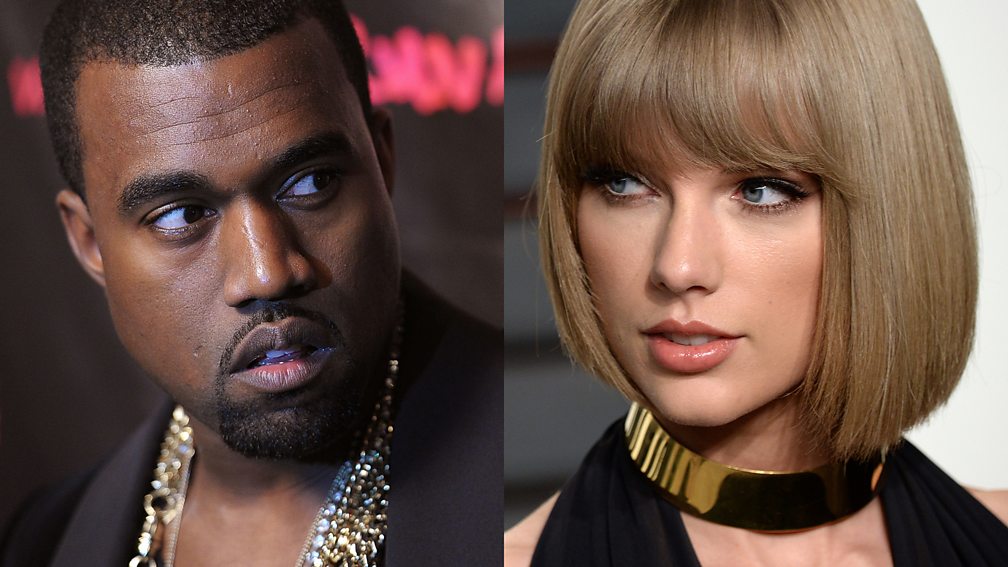 The thing about a feud, as opposed to a healthy rivalry, is that both parties usually come off looking really bad, and that's been happening with the ongoing ding-dong over a verse in Famous, the Kanye West song from Life of Pablo (its video has hardly helped matters, either). "I feel like me and Taylor might still have sex," rapped Kanye, before claiming, complete with the B-word, that he made her famous. And what began as a necessary discussion about misogyny in rap has now descended into a war of words (and Snapchats) about permissions and lies, before, inevitably, everyone will soon move on to the next item on the internet, bruised but hopefully wiser about the world we live in now.

Spurred on by, first, Sir Terry Wogan and now Graham Norton, we allow ourselves to raise an eyebrow at Eurovision, while also understanding that the biggest music show on earth can't help but deliver huge cultural moments. Such was the case when Conchita Wurst won in 2014 with Rise Like a Phoenix and this year when Ukraine secured victory with a song - 1944 by Jamala - about, as BBC News had it, "the mass deportation during World War Two of the entire ethnic Tatar population from Crimea by Soviet troops under the orders of Stalin". Controversy erupted after authorities in Russian and Crimea suggested the lyrics contravened Eurovision rules, which forbid "political speech". Not so, said Eurovision, and the song was allowed to remain in the competition.

3. Almost every lyric on Beyoncé's Lemonade 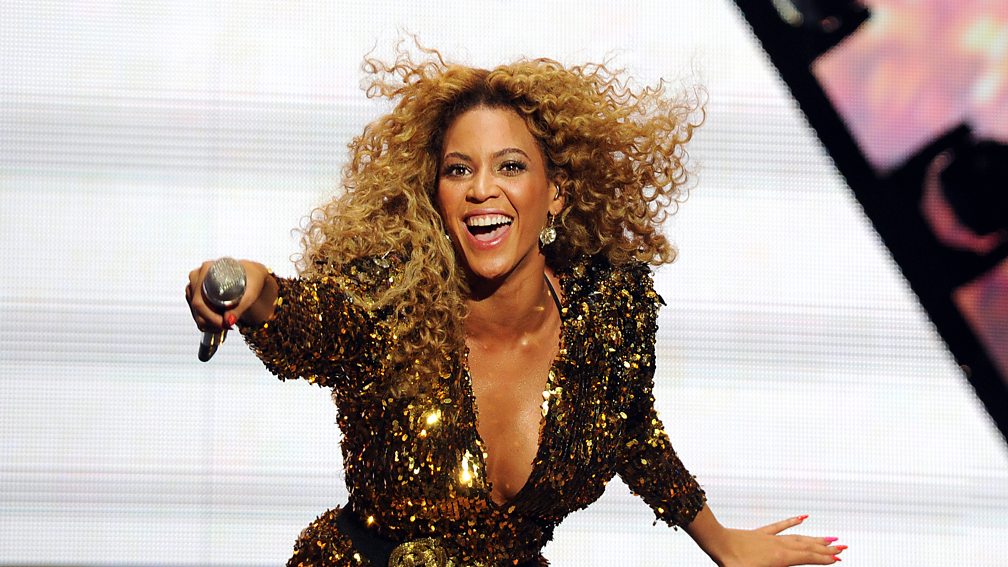 Every writer of a book, play or film knows how important a first line is and the same applies to an album if it's bold enough to be "a conceptual project", as Beyoncé called Lemonade, released in April. "You can taste the dishonesty / It's all over your breath as you pass it off so cavalier," she began on opening track Pray You Catch Me, introducing themes of sabotage, infidelity and heartbreak that run through the entire album. Cue a feeding frenzy among critics and fans. Was she referring to her husband Jay Z? And who is Becky, the record's femme fatale? All Bey would say was that the album was about "every woman's journey of self-knowledge and healing"; the rest was left to us to draw our own conclusions. What an album: rich in a tradition of great story-telling, complete with great tunes.

4. Ding-Dong! The Witch is Dead

[LISTEN] Radio 1's Newsbeat report on the song, brodcast on The Official Chart

No one in the cast of Wizard of Oz could ever have imagined that 74 years after they recorded a 51-second song for the 1939 film it would become what the Official Charts Company called "one of the most controversial chart contenders of all time". An online campaign started by opponents of former prime minister Margaret Thatcher sought to send Ding-Dong! The Witch is Dead to No.1 in the wake of her death and they almost succeeded. It reached No.2, putting the BBC in a difficult position. Rather than playing the song in full during The Official Chart, a Newsbeat report was aired (above). Radio 1 Controller Ben Cooper explained his decision on Radio 5 live.

5. Kendrick's Trayvon Martin lyric on The Blacker the Berry

First up, Kendrick Lamar's verse on the 2013 Big Sean song, Control, worked as more of a coup. On that track, he called out and verbally obliterated 12 fellow rappers (including Big Sean and the other feature on the song, Jay Electronica) and in the process ordained himself as the high priest of hip hop. All tracks Kendrick subsequently released were examined in forensic detail, especially The Blacker the Berry, the second single from 2015's To Pimp a Butterfly. One lyric in particular, concerning the 17-year-old African-American shot dead by a neighborhood watch volunteer in Florida in 2012, proved to be even more controversial than the Control verse: "So why did I weep when Trayvon Martin was in the street, when gang-banging make me kill a n**** blacker than me? Hypocrite!"

Fans suggested he was passing judgement on the black community in the US, forcing Kendrick to explain his line in an NPR interview: "It's not me pointing at my community; it's me pointing at myself. I don't talk about these things if I haven't lived them, and I've hurt people in my life. It's something I still have to think about when I sleep at night. The message I'm sending to myself - I can't change the world until I change myself first." 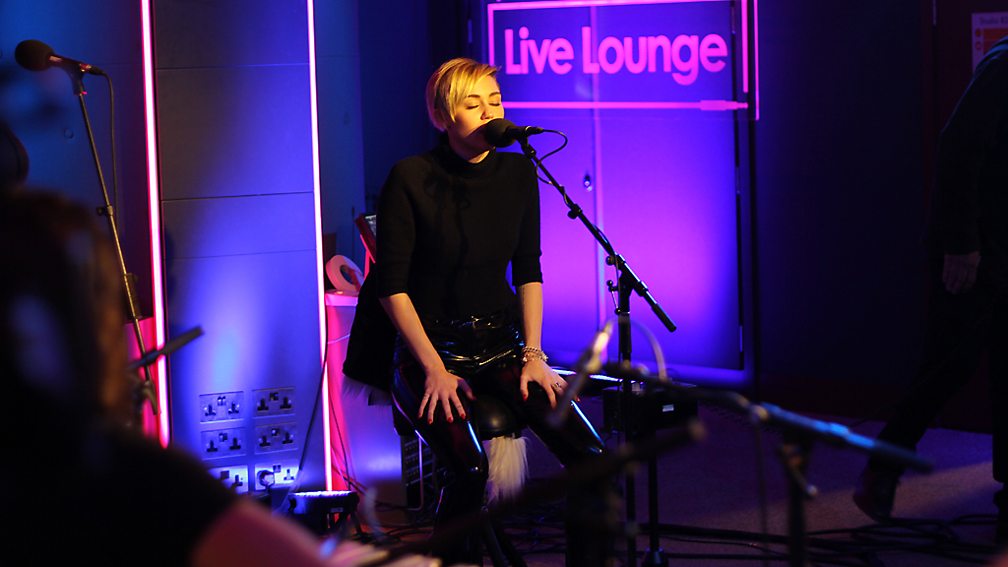 If you're aged 10, it's 'Dancing with Miley'
Miley Cyrus

A conundrum: you're a former child star with legions of young fans not yet old enough to understand the post-teenage world you've grown into as an adult. Do you effectively sanitise your songs to protect younger people, or express yourself more freely to a mature audience? In 2013, Miley Cyrus appeared to include two references to illegal drug use in her single We Can't Stop - "Trying to get a line in the bathroom" and "Dancing with molly" - causing a hoo-hah. She said the song represents "where I'm at in my life now" and, referring to the molly lyric, which could be heard as "Dancing with Miley": "If you're aged 10, it's 'Miley'; if you know what I'm talking about then you know."

If you're aged 10, it's 'Dancing with Miley'
Miley Cyrus

7. Tyler, the Creator claims that he's banned from the UK 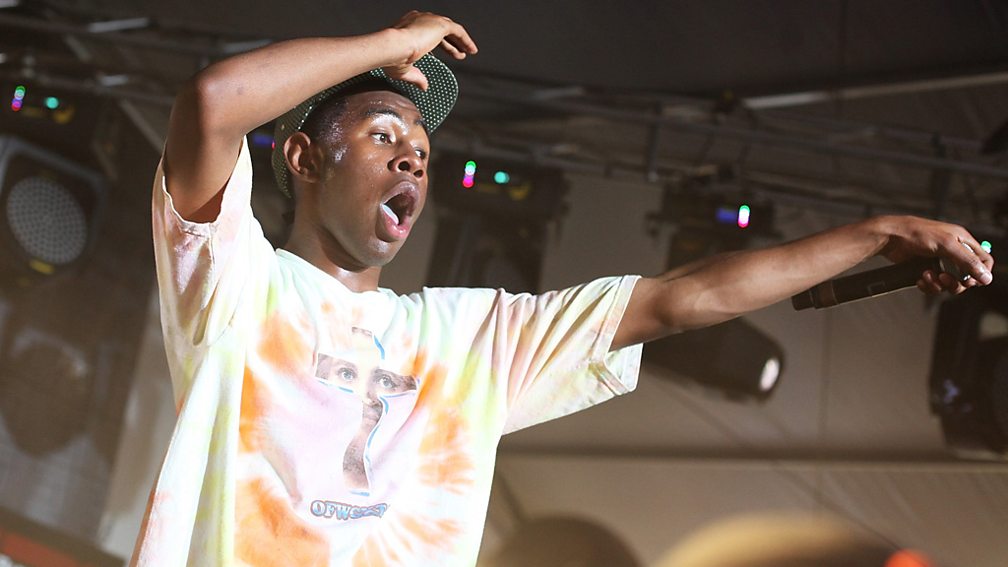 The wider world of hip hop got an introduction to our current prime minister, then Home Secretary, last year when rapper Tyler, the Creator tweeted that he had been banned from entering the UK "based on lyrics from 2009". The story was confusing, to say the least. On Tumblr, Tyler's manager Christian Clancy wrote: "Tyler has been banned from entering the UK for somewhere between 3 to 5 years per a letter from the Secretary of State for the Home Department [sic]. The letter specifically cites lyrics he wrote 6-7 years ago for his albums B****** and Goblin - the type of lyrics he hasn’t written since... Highlights from the letter include that his work 'encourages violence and intolerance of homosexuality' and 'fosters hatred with views that seek to provoke others to terrorist acts'."

As reported by Newsbeat, a spokesperson for the Home Office said: "Coming to the UK is a privilege, and we expect those who come here to respect our shared values. The Home Secretary has the power to exclude an individual if she considers that his or her presence in the UK is not conducive to the public good or if their exclusion is justified on public policy grounds." 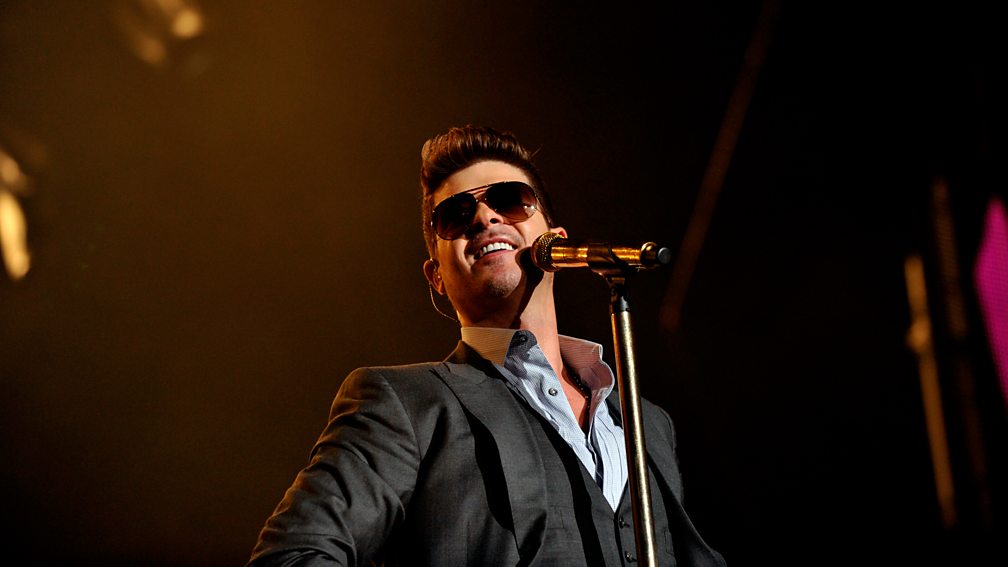 Canadian-American soul singer and songwriter Robin Thicke had been something of a behind-the-scenes man before his 2013 single Blurred Lines, featuring T.I. and Pharrell Williams, became a global smash hit engulfed in controversy. It found itself at the centre of a copyright infringement case in 2015 brought by Marvin Gaye's estate, who successfully argued that it plagiarised the 1977 Gaye song Got to Give It Up. But before that it was widely criticised for its video and lyrical content.

Opponents suggested some lyrics, including "I hate these blurred lines, I know you want it" referred to non-consensual sex. Edinburgh students' union banned the song in September 2013, claiming it "promotes an unhealthy attitude towards sex and consent". Further student union bans followed, resulting in Thicke defending his lyrics at 1Xtra Live in Liverpool in October. He said Blurred Lines was being banned by "people who don't understand the song", adding: "I wrote it about my wife [Paula Patton]. She's my good girl. And I know she wants it because we've been together for 20 years."

In 2014, they announced they were splitting up.