10 of the weirdest song titles, and the stories behind them

Finding the perfect title for a song is a finickety art, one that relies upon summing up the essence of the thing in a pithy phrase that also marks it out from anything else, like Hey Jude or Wichita Lineman.

Some songs have titles that don't appear in the lyrics, like Bohemian Rhapsody, while other song titles are just the most commonly repeated phrase in the song so that everyone can find it after only one listen, like Single Ladies or Despacito. And then there are the songs with titles that are just plain odd, either because the writer is being deliberately obtuse, or because the songs themselves are even odder.

1. Paul Simon - A Simple Desultory Philippic (Or How I Was Robert McNamara'd into Submission)

Song titles are rarely this opaque or catty. On first glance, calling a song A Simple Desultory Philippic (Or How I Was Robert McNamara'd into Submission) looks like precisely the kind of thing a precious folk singer in a college scarf might do, but Paul Simon wrote the playful lyrics - which namedrop cultural touchstones such as The Beatles, Ayn Rand, Andy Warhol and Lenny Bruce - as an elbow in the ribs of Bob Dylan's literary pretensions.

In particular, the song was inspired by Dylan's Subterranean Homesick Blues, and was first recorded by Simon for his debut solo album in 1965, with the alternative subtitle Or How I Was Lyndon Johnson'd into Submission. On the album's liner notes, Judith Piepe explains the song, adding a further sheen of (possibly satirical) condescension by saying, "This is, of course, a take-off, a take-on, a private joke, but no joke is all that private or any less serious for being a joke."

The following year Simon re-recorded the song with Art Garfunkel, revamping the lyrics to include more recent figures from popular culture. 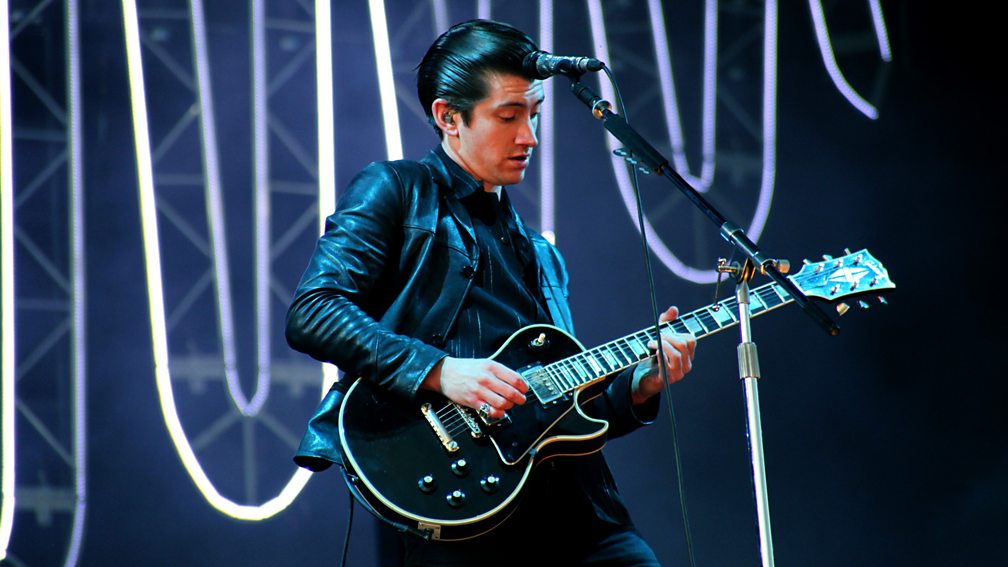 A good title is hard to come by, so artists will sometimes resort to playing parlour games to try and prod inspiration into action. While Arctic Monkeys were recording their fourth album - which would eventually become called Suck It and See - they were tossing around ideas for its title, and trying to come up with florid names for guitar effects pedals. While none of them made it as the final title for the record, this game did inspire two song titles: The Blond-O-Sonic Shimmer Trap and The Hellcat Spangled Shalalala. And a third made its way into a lyric.

Alex Turner told NME: "You know fuzz pedals for guitars? They usually have quite colourful names. So we were trying to think of fuzz pedal names in the hope it would lead us to an album title. So we got a load of them like the The Thunder-Suckle Fuzz Canyon, which is a lyric that did finally get in [the song Library Pictures]. It's right before I play a guitar solo. It goes, 'We're going riding through the Thunder-Suckle Fuzz Canyon,' and then does a countdown to lift-off."

3. Loretta Lynn & Conway Twitty - You're the Reason Our Kids are Ugly

Country music does not shy from petty domestic matters, the only question is whether romantic discord will be treated as a cause for laughter or tears. In the case of Loretta and Conway's amiable bickerfest, it's the former option. The song, in which both singers trade barbs like, "That's the reason that my good looks and my figure is gone," and, "That's the reason that I ain't got no hair to comb," was written by L.E. White and Lola Jean Dillon, who paired up to work on some single ideas in 1977, trading lines much like the couple in the song.

While they both play the lyric for laughs - it resolves in the chorus with a soppy, "Looks ain't everything and money ain't everything / But I love you just the same" - Lynn's personal history did include some relevant experience of bickering marriage. Her husband was her business manager, and she was an early bride: married at 13, a mother of six children by 32 and a grandmother at 34, which was still 12 years before this song was recorded.

[LISTEN] Gary Lightbody: "Sometimes you have to get to your lowest to realise where your ground is"

Not that country has the copyright on bickering. For Snow Patrol's first album, Gary Lightbody wrote this scabrous and lacerating indie rock song about his college flatmate, who got on his nerves to such a tremendous degree that he names a song after an irritating thing she'd said.

A self-confessed angry young man at the time, Gary also included snide lines such as, "I try hard not to laugh as she trips up on the step / And her look turns me to stone."

5. The Hoosier Hot Shots - From the Indies to the Andes in His Undies 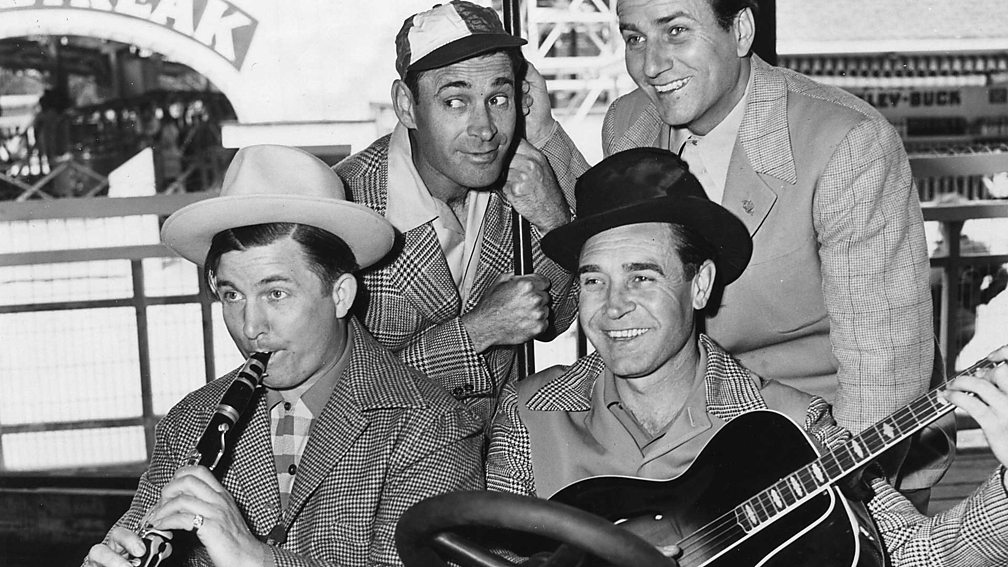 Comedy songs can, of course, get away with murder when it comes to song titles. But the first half of the 20th century was a period of genuine crossover in which hot jazz combos would create novelty hits with daft lyrics, blues artists would use sexual innuendo under the radar (Bo Carter's Banana In Your Fruit Basket, for example) and music hall comedians would fill their act with funny nonsense songs, such as Arthur Askey's The Bee Song.

The Hoosier Hot Shots probably fall into the first category with this surreal tale of Otto Zilch, explorer and exhibitionist: "From the Indies to the Andes in his undies / And he never took a shave except on Mondays / He didn't eat a thing but chocolate sundaes / 'Twas a very, very daring thing to do." Not that they were immune from invoking fruit-based sauce in their silliness, having also recorded the sweet ditty I Like Bananas (Because They Have No Bones).

The lyrics to MMMBop are about seizing the moment before time whips away all your opportunities and you're left "older" and worse, "losing your hair". It's not always clear that this is the case because Taylor Hanson clearly favours expression over enunciation, and also because the band elected to invent a word for the chorus. MMMBop is defined within the lyrics as a moment of passing time, so, "In an MMMBop they're gone, in an MMMBop they're not there," and then follow it with nonsense syllables that sound amazing but mean very little.

Zac Hanson told Songfacts: "MMMBop represents a frame of time or the futility of life. Things are going to be gone, whether it's your age and your youth, or maybe the money you have, or whatever it is, and all that's going to be left are the people you've nurtured and have really built to be your backbone and your support system."

7. Tori Amos and Damien Rice - The Power of Orange Knickers

[LISTEN] Tori Amos: 'My mother is my guiding light'

Like a lot of Tori Amos's songs, The Power of Orange Knickers is allegorical and literal at the same time. She told Rolling Stone the song is about dealing with the fear of personal attacks, both globally (orange being the colour of the uniforms in Guantanamo Bay detention centre) and on a personal level: "I was curious about how people were defining what a terrorist was. [I wanted to] undress the word and really crawl inside the definition of it... People are using it to get the masses to agree with their agendas... [But] it can be a little pill that you're addicted to, or a person. And sometimes, for a woman, it's another woman."

Warming to her theme, she told Word magazine: "I thought about how people are using that word right now - whether it's people who run kingdoms or are killing people, or both. Maybe it could mean domestic terrorism, somebody you let in your house or your room or your body - invasion!"

8. Foo Fighters - Cheer Up Boys (Your Make Up is Running)

Dave Grohl is an upbeat kinda guy, and he wrote Cheer Up Boys as an upbeat pop song to contrast with some of the darker elements of the sixth Foo Fighters album Echoes, Silence, Patience and Grace. He told MTV: "The title has nothing to do with the song. It's placed right in the middle of the record, where there's a lot of dark stuff. It's a pretty heavy record. We have a couple bummer tunes. I felt the album needed something to sit in the centre and balance it. So we had this lighthearted song, and I called it Cheer Up Boys (Your Make-Up Is Running) because it seemed like a little ray of hope in the middle of all this despair."

But it was released during the explosion of guyliner-wearing emo bands in the mid-00s, which did lead to speculation that grinning Dave was having a pop at My Chemical Romance and Fall Out Boy. And while that wasn't the original intention, emo is not a tag Dave has any particular affinity with: "I have a funny relationship with emo. I'm from Washington DC, and in the mid-80s, the hardcore scene changed from what it was - Bad Brains and Minor Threat - to a bunch of new bands like Rites of Spring... Everyone started labeling it emo-core. I'd never heard anything like it, and it was a really emotional experience. But in DC, we all hated that emo-core tag."

9. Pink Floyd - Several Species of Small Furry Animals Gathered Together in a Cave and Grooving with a Pict

[LISTEN] The many names of Pink Floyd

It's worth noting that the title is by no means the most unusual thing about this particular song. For starters it's not really by Pink Floyd, in that the only member of the band involved in the recording is Roger Waters. And he's not playing any instruments either, having created a series of tape loops by recording shrieks, pops and clicks from his own face. It's all very primordial, with a curious spoken-word jumble laid over the top in which Roger - presumably taking on the role of the Pict - tries out a Scottish accent.

As a song, it defies rational analysis, and it is supposed to. Roger told an interviewer in 1970 he was trying to get inside the listener's head and "sort of mess him around a bit". "It's not actually anything," he shrugged, "It's a bit of concrete poetry." Years later, the alt-rock band Man or Astro-man? wrote a more orthodox song with the parody/tribute title Many Pieces of Large Fuzzy Mammals Gathered Together at a Rave and Schmoozing with a Brick.

10. Jimmy Buffett - My Head Hurts, My Feet Stink, and I Don't Love Jesus 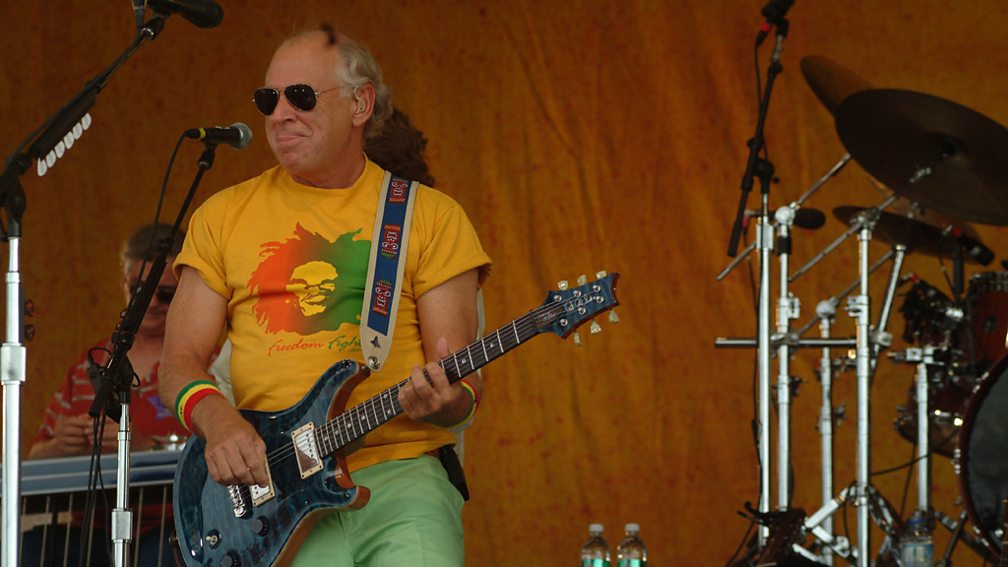 Hangovers are a tricky beast to describe poetically. And while songs about going out and getting wrecked are relatively common, it's rarer that a songwriter would start with the morning after and work their way backwards. But that's what Jimmy Buffett did, writing about feeling poorly and dirty in a stranger's bed after a wild night ("I've got to find my way / Crawl out and greet the day") and far from the grace of God.

His backing singers were The Oak Ridge Boys, who were so concerned about the songs irreverent chorus they asked to have their names taken off the liner notes for Buffett's album Havana Daydreamin'. But incredibly, it very nearly wasn't the song with the most extraordinary title on the record. Shortly before release, it was decided that the song Please Take Your Drunken 15 Year Old Girlfriend Home would be taken off and replaced with something more wholesome. Better still, there's a Buffett song that no one has heard (and which may not exist) with the title We've Been Taken to the Cleaners (and I Already Had my Shirts Done).