The naming of a genre of music is an inexact science. Often a term that's well-known will be applied to a particular sound because of a geographical association, like disco - short for discotheque - or the music evokes certain feelings, like rave.

Sometimes an archaic term is plundered, and the musical form it is named after goes on to become so universal that the original term dies on the vine, bereft of its original context. But one thing a good deal of popular music's most iconic genre names share is that they come from vulgar terms describing the grittier side of life, whether that is sex, or drugs or, y'know... rock 'n' roll. 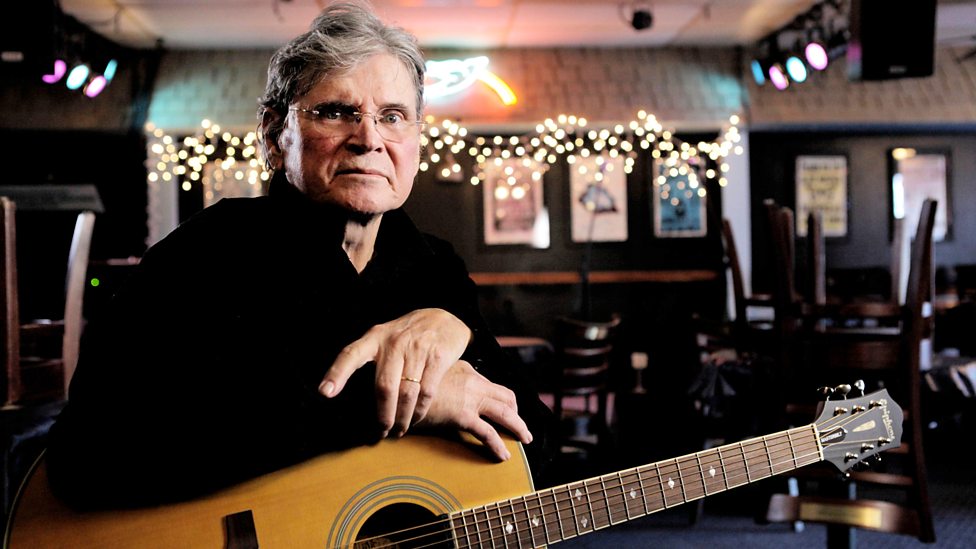 Date of origin: 17th century
Place of origin: The ocean
The story: The term rock 'n' roll derives from the more literal "rocking and rolling", a phrase used by 17th-century sailors to describe the motion of a ship on the sea. Any phrase that is used to suggest rhythmic movement of this sort - particularly by lonely seamen - runs the risk of being purloined as an euphemism. By the 1920s, the term had become a popular metaphor for either dancing or sex, but unlike contemporaneous expressions such as "blanket hornpipe" and "making a lobster kettle", "rocking and rolling" managed a second transition, this time from utter filth to relative acceptance.

Trixie Smith's 1922 blues ballad My Man Rocks Me (With One Steady Roll) catches the term in transition, its meaning covering both sex and dancing (and thereby music), but no mention of boats whatsoever. By the time DJ Alan Freed started using the term to describe the type of hyped-up country music infused with the primal urgency of rhythm and blues he played on his radio shows in the early-50s, the sexual component had been dialled down enough that it simply became an acceptable term for dancing. Had he tried to promote a "Rock and Roll Party" a couple of decades earlier, it would have caused outrage.

Date of origin: early 1600s
Place of origin: France
The story: In old French dialect, funkier was a verb meaning to irritate someone by blowing smoke at them or over-fumigating a room. It dated back to the early 1600s, and travelled to America with French settlers, which is why funk and funky - referring to a bad smell - entered and remained in American slang far longer than it did in British English. As the centuries passed, the sense of the word changed, so that the smell became less fire-related and more biological. In the early 1900s there was even a blues song called Funky Butt by Buddy Bolden, about a whiffy overpacked dance hall in New Orleans that local musicians rechristened Funky Butt Hall. Being funky was empirically not a good thing.

Then, during the 1930s and beyond, the sense shifted. The association with sweat picked up a sexual component that proved somewhat irresistible to bawdy-minded jazz and rhythm and blues musicians, and by the end of the 60s it had performed the same 180 degree turnaround as words like 'bad' and 'wicked' - with a little help from James Brown - to mean the very best in earthy pleasures, musically speaking.

[WATCH] Grime through time: a brief history of grime

Date of origin: 1580
Place of origin: England
The story: Unlike many of the terms music has taken up, grime has maintained a remarkably consistent meaning since first arriving in the 1580s, derived from the Middle English grim, meaning dirt or filth. Grime has always meant dirty, which makes its adoption as the name for British music's biggest recent export - also originally known as sublo, 8 Bar or eskibeat - such a mystery to the people who first invented it. In conversation for the Guardian, grime experts Dan Hancox and DJ Target revealed that the use of the words grime or grimy to describe this mutated 140bpm hybrid of sub bass and aggro MCing was confusing to the genre's prime movers.

It turns out it's all about the dirtiness of that bass, and the stark reality of the lyrical content, as Target explained: "As soon as we had this new genre, journalists coined the name – first it was grimy then cut down to grime, and we were like: 'What are they trying to say? That we’re dirty?' Then we realised they were talking about the sound of the music, and we just let it go."

Date of origin: 1912
Place of origin: Portland, Oregon
The story: The name jazz most likely came from the way musicians took the music of 19th century marching bands and changed the rhythm and phrasing of the tunes - jazzing them up, essentially. The word is probably derived from an archaic term jasm, meaning spirit or verve. Lexicographers believe jasm is a derivation of a rather similar word, but used more wholesomely to describe people with a lot of dynamism.

It's the kind of quality beloved of sports writers, and so jazz was first used in print in the sports pages of Californian newspapers around 1912-3 to describe baseball players who showed a lot of nerve. A couple of years later, that ebullient energy was applied for the first time to the bubbling new music that came out of New Orleans, although it took a while for the spelling to become clear, as references to "jas" and "jass" bands bubbled through the music writing of the late 1910s.

However, there was a twist: in New Orleans itself, the term jass was considered impolite, and may even have referred to a woman's backside. Musician Eubie Blake told National Public Radio: "When Broadway picked it up, they called it 'J-A-Z-Z.' It wasn't called that. It was spelled 'J-A-S-S.' That was dirty, and if you knew what it was, you wouldn't say it in front of ladies."

[LISTEN] The Sugarhill Gang and Melle Mel: The 5 Rules of Hip Hop

Date of origin: 1976
Place of origin: New York
The story: You might think hip hop took its name from the opening line of The Sugarhill Gang's Rappers Delight ("I said a hip hop / Hippie to the hippie / The hip, hip a hop, and you don't stop"), but the term was already in widespread use by the time that record came out in 1980.

It was the brainchild of Keith 'Cowboy' Wiggins of Grandmaster Flash and the Furious Five, who was teasing a friend who had just joined the armed forces about the sound his boots would make while marching. And he found it so much fun to say he started using it as part of his bubbly MC patter onstage. Skeptical onlookers started referring to his fellow proto-rappers as "hip-hoppers" and the name stuck.

[LISTEN] Sex Pistols' first Manchester gig: Who really was there?

Date of origin: 1604
Place of origin: London
The story: The development of the term punk as a musical term is that old story of people taking an insult and wearing it as a badge of triumph. The word is centuries old - William Shakespeare referred to a high class prostitute as a "taffety punk" in All's Well That Ends Well, written in 1604 - and the connotations of the word have continued to be less than flattering ever since. In the 17th century it meant rotten wood, in the 19th century it meant worthless or inferior. By the early 20th century a punk was considered a lower class of human, even in the criminal underworld. The word referred to inexperience or weakness or a lack of moral fibre, or hinted at homosexuality, but strictly as an insult.

And it's those contexts that were taken on when rock writers tried to find a way to describe mid-60s garage bands like The Seeds who were more spirit than skill. These were kids who'd just started to play, and could only master the most rudimental or brutal of riffs. Subtlety wasn't part of their arsenal, so what they made wasn't rock, it was a punk's version of rock. Naturally, the bands themselves weren't always thrilled by the label, but given their natural defiance, the next wave of punk bands in the early-70s were less reluctant to take up the mantle. 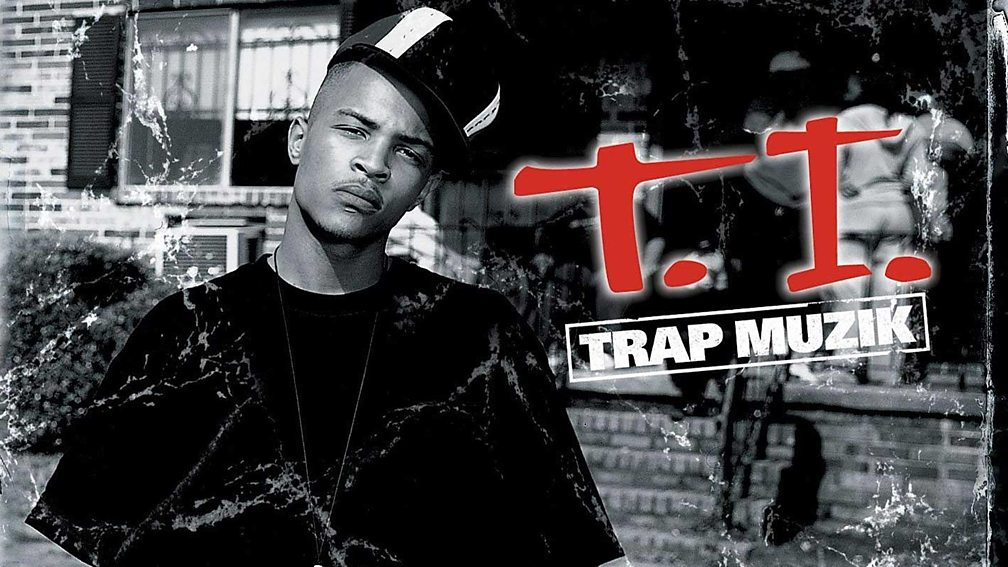 Date of origin: 1990s
Place of origin: Atlanta, Georgia
The story: T.I. and Gucci Mane have both taken great pride in their roles as developers of trap music, the even-more-bass-heavy variant of hip hop that came out of Atlanta's rap scene. TI had an album called Trap Musik in 2003, and Gucci's Trap House followed a couple of years later. But the term trap, which is local slang for an abandoned building taken over by drug dealers, predates both artists.

Atlanta's Goodie Mob were rapping about being "out in the trap" in 1995's Thought Process, while Outkast's Big Boi rapped "now you back in the trap, just that, trapped" in 1998's SpottieOttieDopaliscious and even named a song Snappin' and Trappin' on Stankonia, from 2000.

[WATCH] Bob Marley and the Wailers - Stir It Up

Date of origin: 1960s
Place of origin: Kingston, Jamaica
The story: The naming of Jamaica's principal musical export was linked to the social standing of Kingston’s less well-off population. Rege, or rege-rege, was a phrase describing both ragged clothing or an argument. It's also linked to the slang term streggae, which can refer to an unattractive woman, a woman in poor clothes, or a loose woman. To make matters more confusing, Bob Marley liked to claim that the term came from a Spanish word for "the king's music", derived from the Latin prefix regi- which refers to monarchy - as in regimental.

How much of this was in Toots Hibbert's mind when he and his band the Maytals created their joyful 1968 rocksteady hit Do the Reggay is open to discussion. But given reggae's political message, street level rhetoric and infectious rhythm, it does all fit together rather well.

Date of origin: 1600s
Place of origin: English pubs
The story: It's well established that the blues is a musical form steeped in tragedy and bad behaviour, and aptly enough, its name probably derives from a 17th century British expression coined to describe the effects of serious drinking. In the 1600s, if you were suffering from severe alcohol withdrawal and prone to the hallucinations accompanying delirium tremens (also popularly known as pink elephants), you might describe it as an attack of the "blue devils".

Over time, that term came to be synonymous with being down in the dumps, or feeling anxious or stressed. Blue was also used as a slang term for being drunk, so both meanings of the phrase lingered long enough to inform a dance popular in the juke joints of America's south, called "the blues" or "the slow drag". As the music they danced to was both free of inhibition and deeply melancholic, what better name could this new musical form take?