See the stars turn out for Stax

By Phil Hebblethwaite, with photographs by Mark Allan

At some Proms, like Prom 65, you want to boogie. The Late Night Prom celebrated Stax Records, a truly legendary soul label that began life in 1957 as Satellite Records, changing its name to Stax in 1961, the same year its sister label Volt was established.

Originally based in Memphis, Tennessee, Stax was the South's gritty answer to Motown in Detroit and New York's Atlantic Records. In 1967, the Stax/Volt Revue first made it to the UK, and we took the labels' music to our hearts. This Prom, which featured an all-star cast of original Stax players, including Booker T. Jones and Steve Cropper, and the cream of UK talent - Sir Tom Jones, Beverley Knight and others - marked 50 years since that storied tour.

Here's who walked on by, and what went down. But, first up, here's the Prom in three minutes:

1. Rehearsals, a couple of days before

Anyone keeping an eye on British soul star Beverley Knight's Twitter feed on 30 August would have got a fascinating sneak peek of who was lining up for the Prom and, wow, there were some serious heavyweights in town. With Beverley in these pics are Steve Cropper, Sir Tom Jones, Sam Moore, Booker T. Jones and Ruby Turner.

2. Steve Cropper getting ready in the Royal Albert Hall 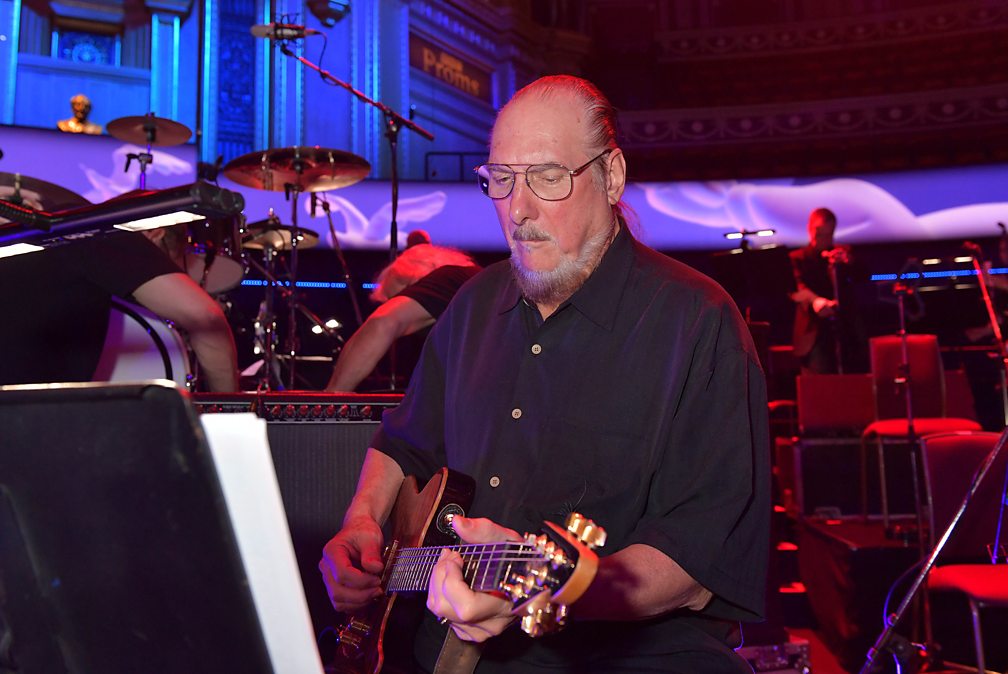 So much of the feel of Stax comes from Steve Cropper, who wasn't just the guitarist of the label's house band, Booker T. & the M.G.'s, but also the co-writer and producer of a whole slew of Stax standards. 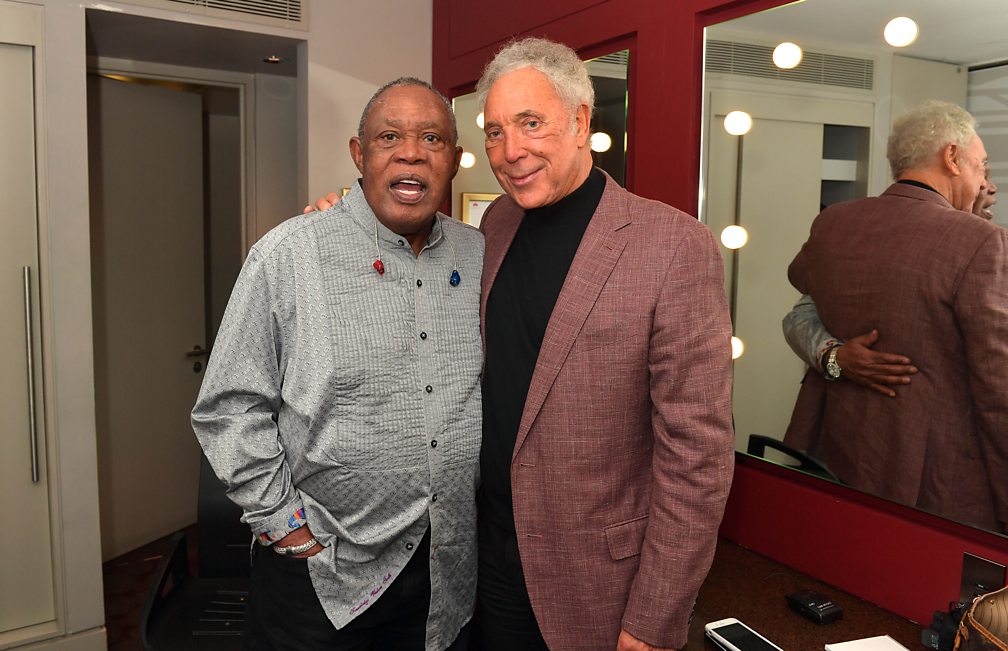 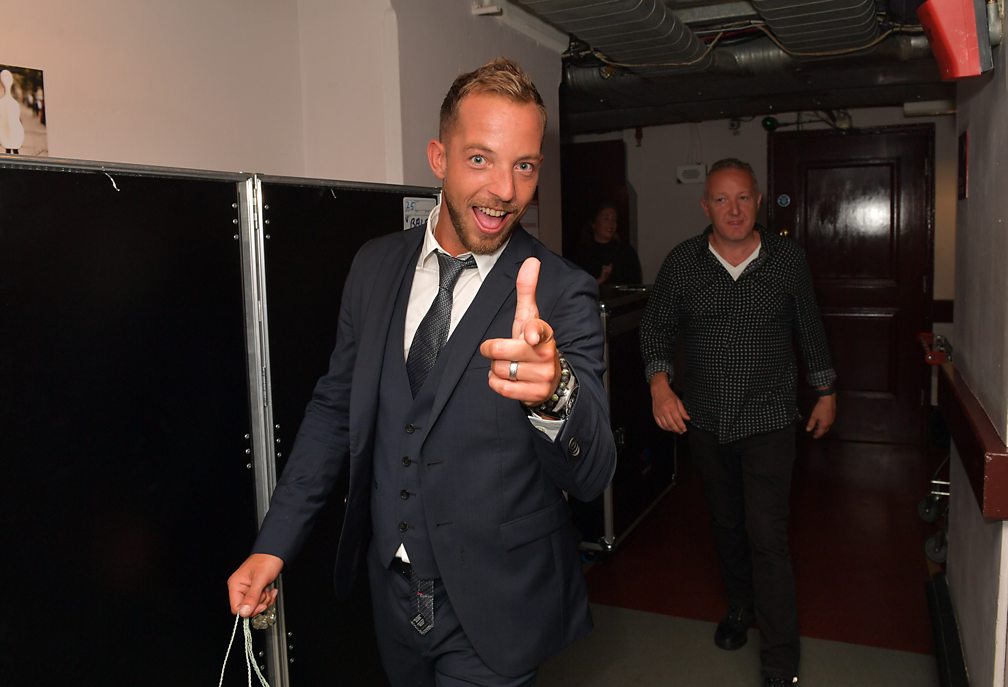 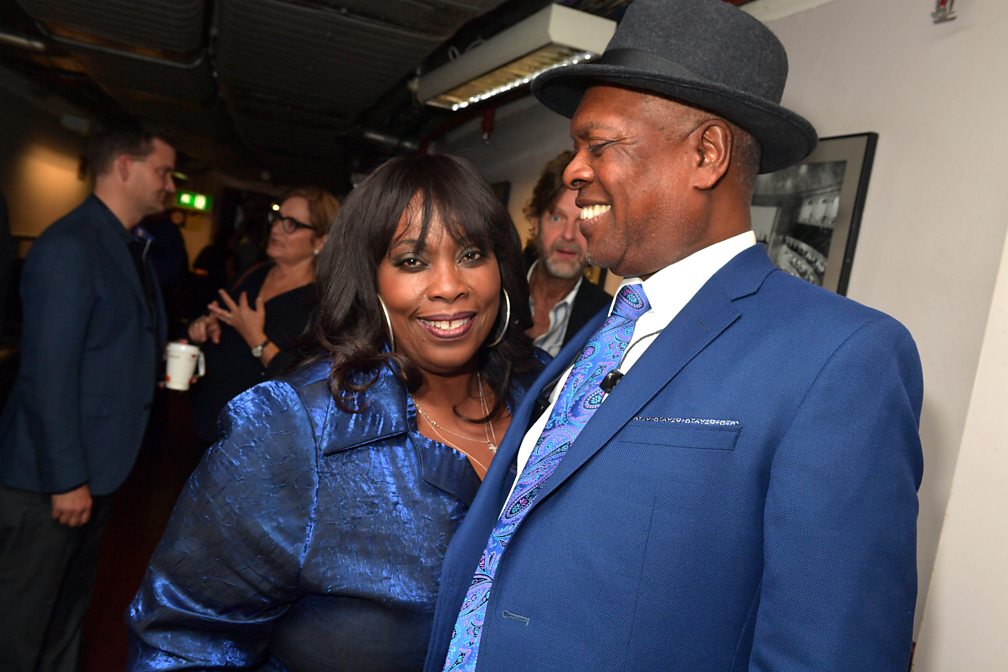 4. Tom Jones and Sam Moore sing I Can't Stand Up for Falling Down 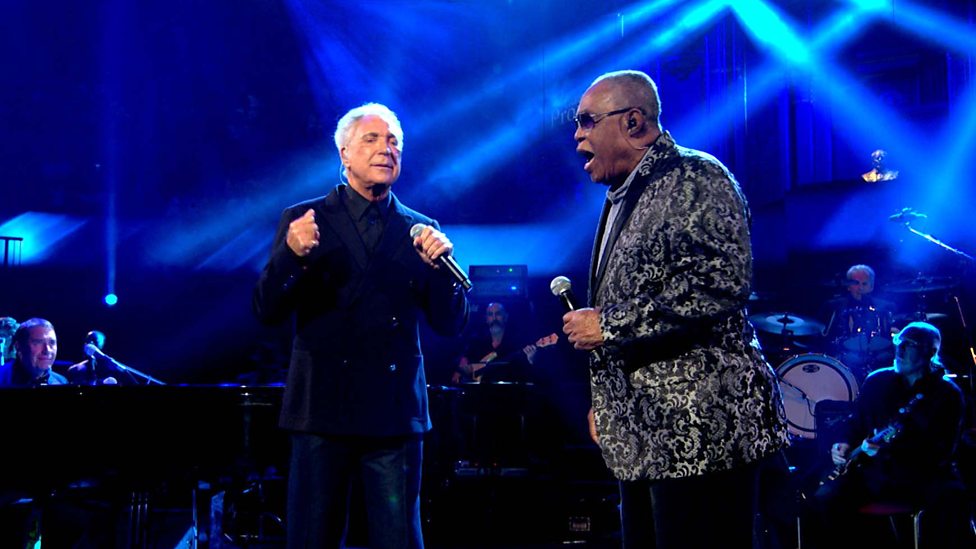 In classic soul revue-style, the Prom featured a house band - Jools Holland's Rhythm and Blues Orchestra - and guest singers. And what an absolute treat it was to hear Sir Tom Jones, a huge Stax fan, sing I Can't Stand Up for Falling Down with Sam Moore from Sam & Dave. The song was written by Homer Banks and Allen Jones and originally recorded by Sam & Dave exactly 50 years ago.

"I've always liked soul music," Sir Tom told the Proms Podcast ahead of the show. "I started at the same time - in the 60s, when it came to life. And Stax was always my favourite label, because they were more Southern. Sun Records was in Memphis as well, so you had them doing Memphis rock 'n' roll and Stax doing Memphis soul. You could always tell a Stax record - it was more rootsy than the other soul records that were coming out at the time." 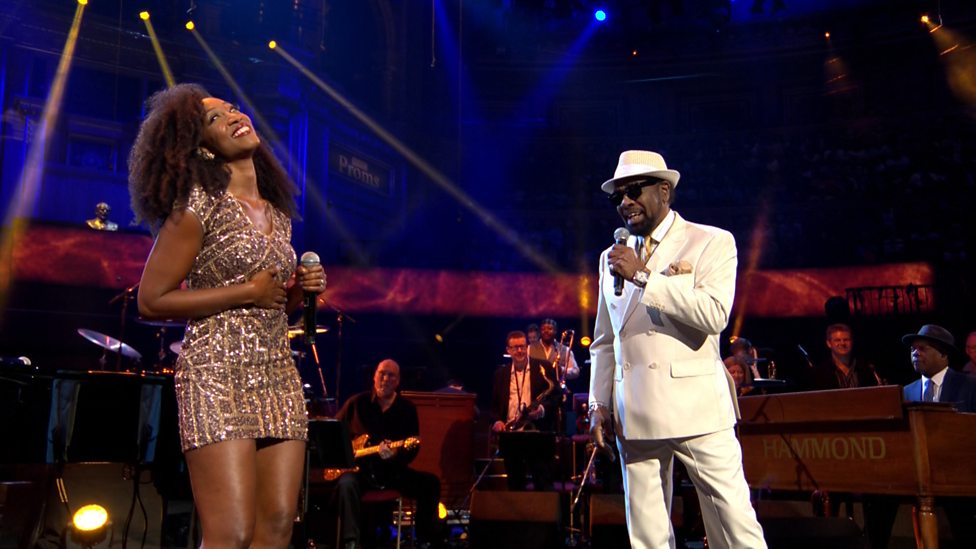 William Bell wrote Private Number with Booker T. and recorded it with Judy Clay, who died in 2001. We loved that song in the UK, sending it up the charts to No. 10 when it was released in 1968. It was an honour to have William Bell himself sing the life out it with our very own Beverley Knight. This is goosebumps stuff.

"This will never happen again," Beverley told us about the lineup and Prom. "For someone like me, who listened to these artists when I was a young child coming through, it's immeasurable what this means. It's a dream come true." 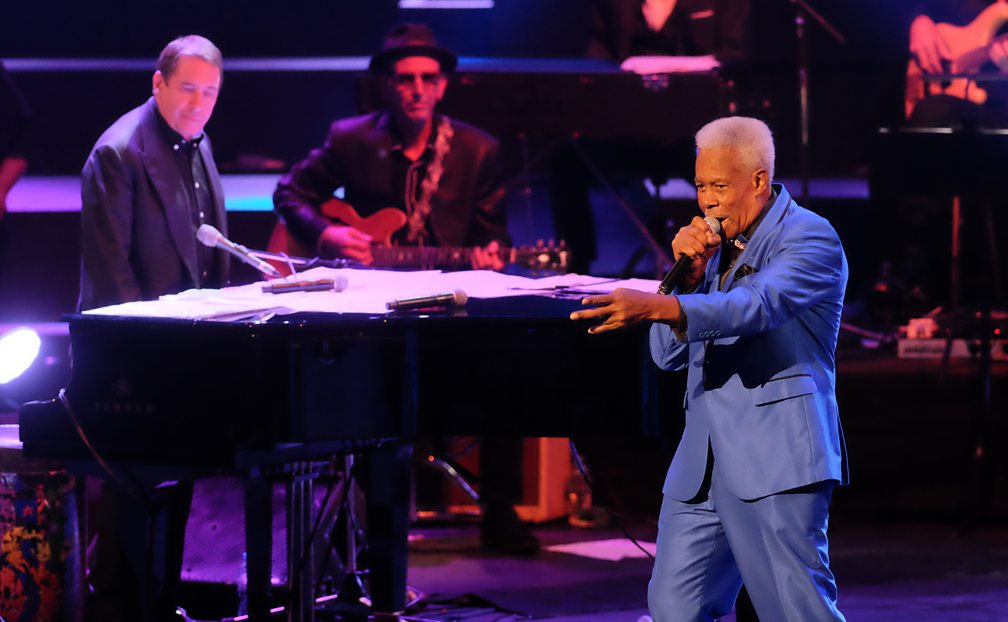 It's fair to say that this was also a dream gig for band leader Jools Holland, pictured here performing Stax hit Knock on Wood with Eddie Floyd, who wrote the song in 1966 with Steve Cropper. 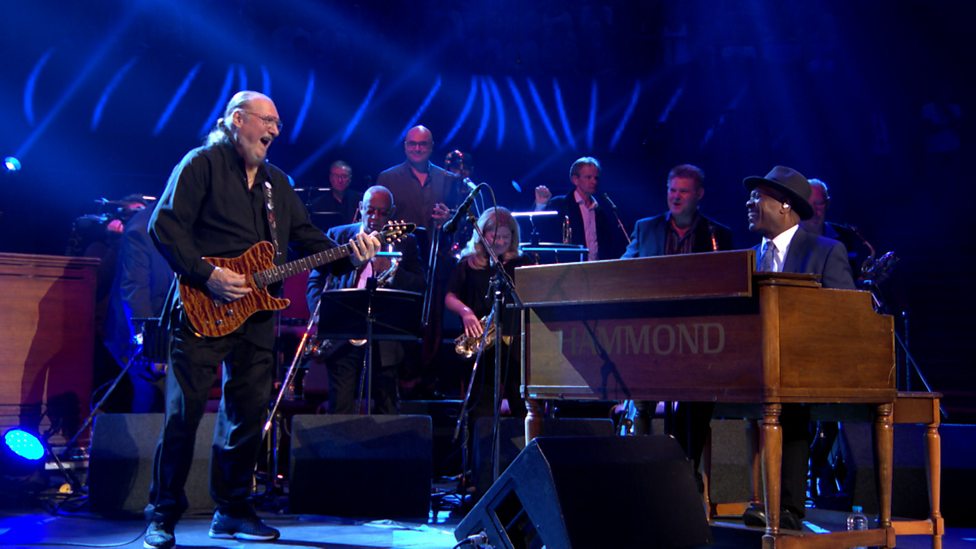 It was a wonderful experience - a lot of fun
Booker T. Jones

Booker T. Jones is the personification of soul - the quiet man of Stax, but a titanic figure in its story. He was the frontman of the Booker T. & the M.G.'s, who were both musically and socially pioneering. Their classic mid-60s lineup of Booker, Steve Cropper, bassist Donald "Duck" Dunn and drummer Al Jackson Jr. was racially integrated, which was unusual at the time, and, oh boy, did they have a groove. Scores of Stax hits feature them as the backing band and you definitely know this one - Green Onions, the timeless instrumental from 1962 that made their name.

"For me, it was very gratifying," Booker T. said after the show. "I'm hearing arrangements I wrote a long time ago that are still alive today. And being played so well by Jools's band was just a wonderful experience - a lot of fun."

It was a wonderful experience - a lot of fun
Booker T. Jones 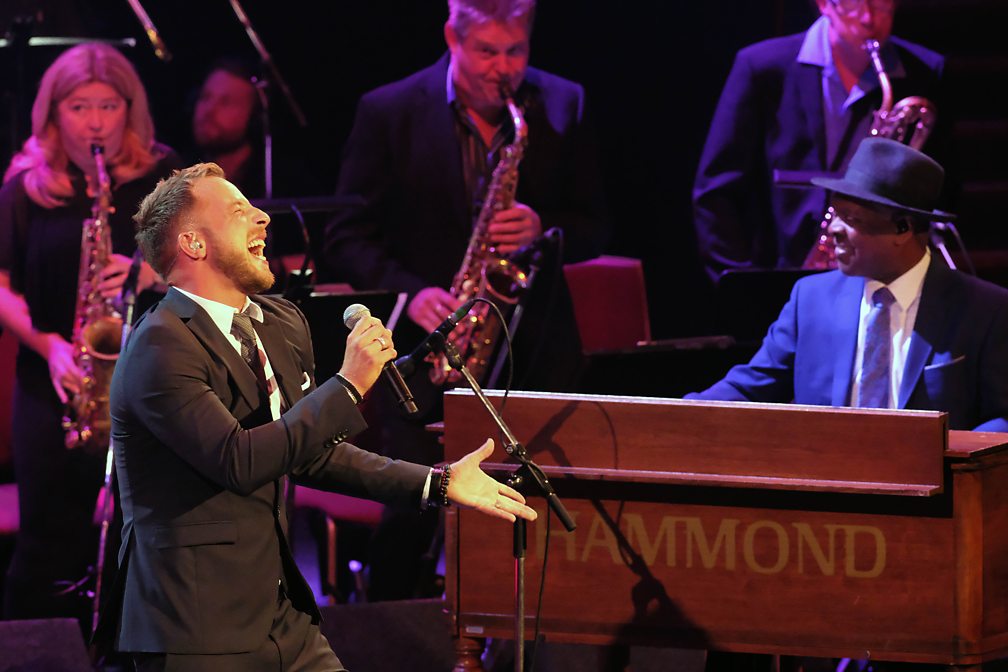 Jools introduced James Morrison as "a British artist who has an extraordinary and wonderful voice" and he's not wrong there. It really does take a singer with the class of James to be able to nail Try a Little Tenderness, which Otis Redding had a hit with in 1966. James, we salute you.

9. Sir Tom Jones and Steve Cropper's stripped-back (Sittin' On) The Dock of the Bay 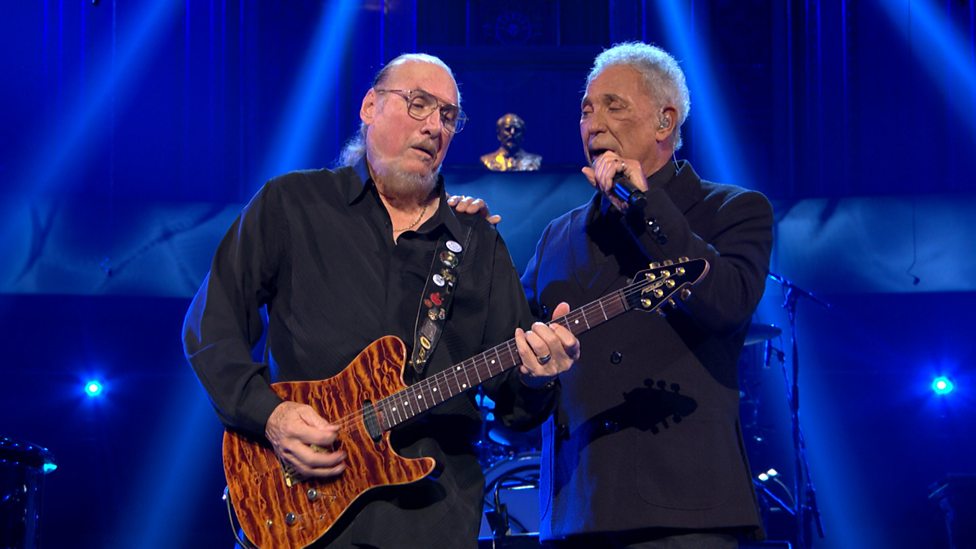 Otis Redding was Stax's biggest break-out star and the label was rocked by his death in December 1967. He wrote (Sittin' On) The Dock of the Bay with Steve Cropper shortly before he died, and when it was released in early 1968 it became a US No. 1 (and a No. 3 here). With his hand placed on Steve's shoulder, Sir Tom Jones sang it as heartfelt tribute to Otis and there wasn't a dry eye in the house. 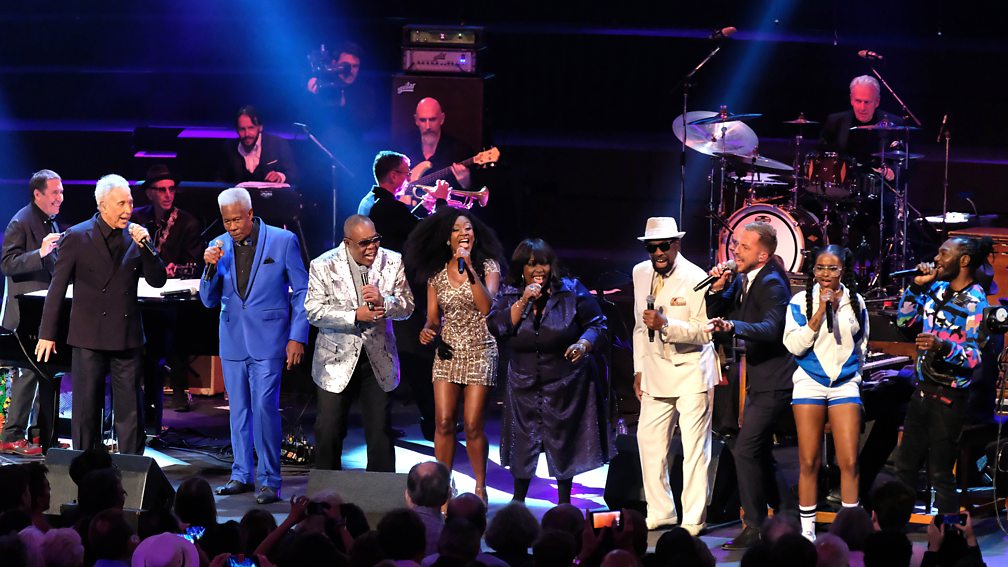 What a night to remember. It finished with all the singers performing Arthur Conley's Sweet Soul Music. Between Beverley Knight and William Bell is Ruby Turner, who sang a superb rendition of The Staple Singers' I'll Take You There; over on the right are Nadia Rose and Sweetie Irie, who performed a hilariously cheeky version of Rufus Thomas's Walking the Dog. 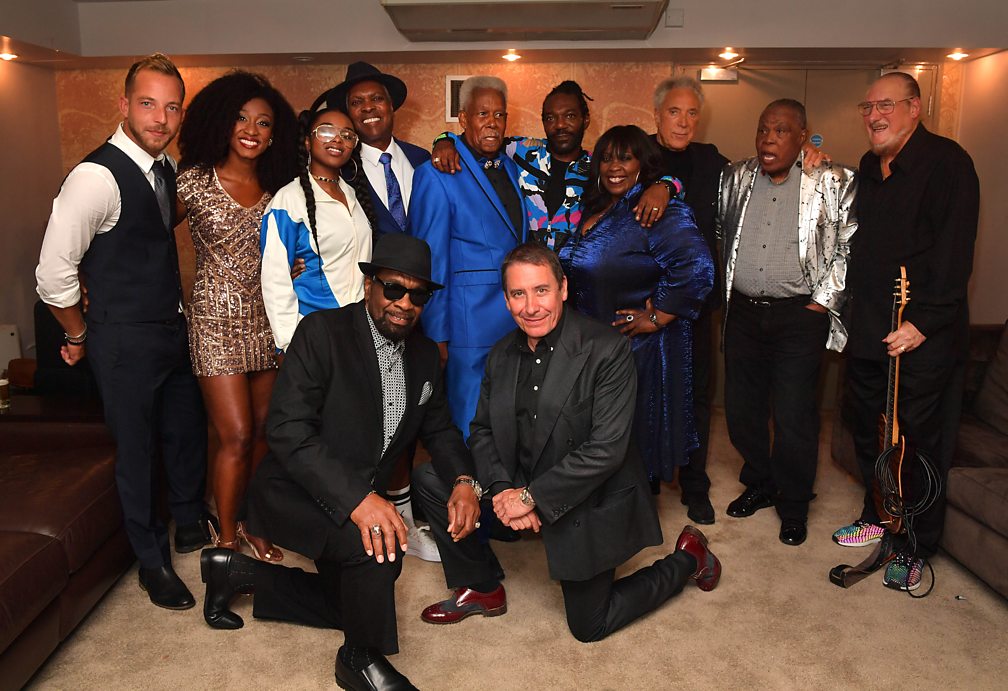 12. And, finally, hear all the Proms Podcast interviews with the stars of the Stax Prom