The 10 most vicious songs about real people

As Beyoncé releases Lemonade, an entire album/movie project with possibly autobiographical lyrics that hint strongly at situations within her own marriage, (but which may also be elaborate play-acting on her part), we look at songs of bitterness and songs of disdain.

These are the songs you can only write about someone who has entirely let you down, someone that you may have trusted and who repaid that trust by shredding your self-confidence, stealing all your friends and then challenging you to do something about it.

Or someone who is just really, really annoying.

Note: by definition, these songs contain very offensive themes. Some too strong to be repeated here.

10. Frankly Mr Shankly by The Smiths 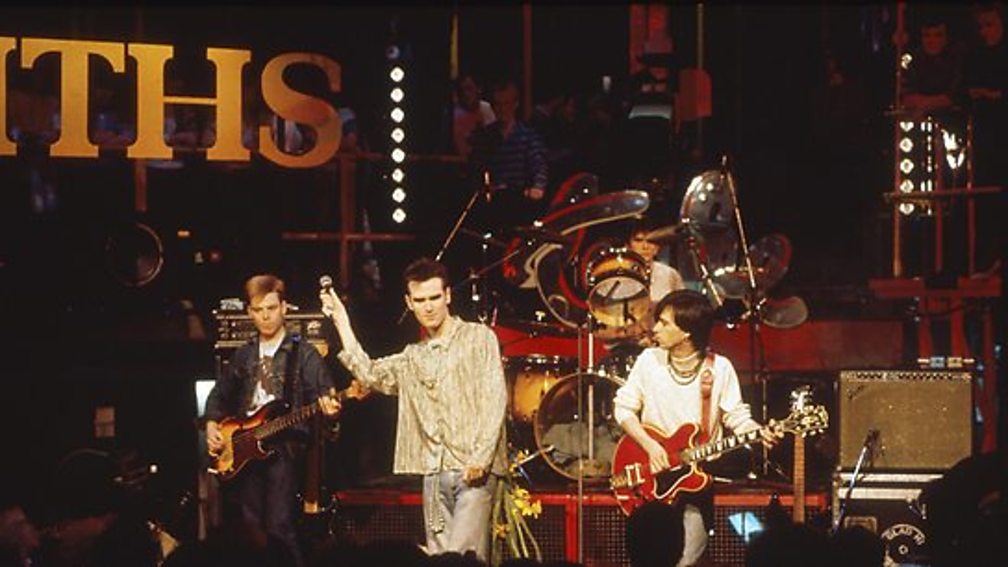 Although hidden beneath a jaunty tune and skippy rhythm, this song is a direct and damning plea from Morrissey to Geoff Travis, the boss of The Smiths' record label at the time, Rough Trade, to let the band go. Not the first or the last person to be skewered by Morrissey's ballpoint (fellow victims include the Queen, Prince Charles, Margaret Thatcher and anyone who eats meat), the key personal detail that takes the song out of the realms of pop star petulance is the line, "Oh, I didn't realise that you wrote poetry / I didn't realise that you wrote such bloody awful poetry," after Geoff supposedly sent Morrissey a verse or two in personal correspondence.

Geoff saw the funny side, however, telling Mojo: "I saw the lyric as part of Morrissey's desire to be somewhere else, so it's not completely silly. It was The Smiths' prerogative to leave Rough Trade and Morrissey can only write about his own experiences."

9. You're So Vain by Carly Simon 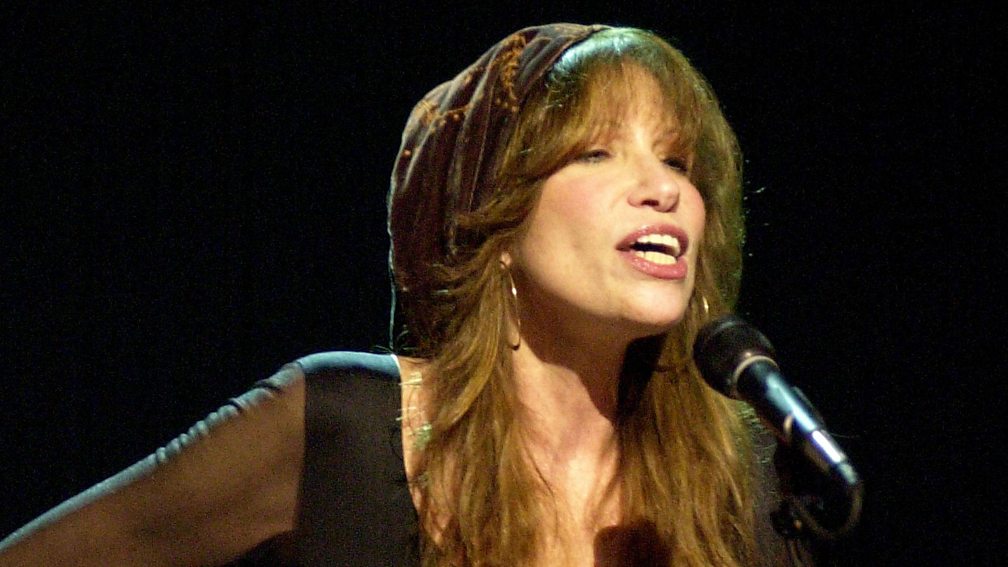 As we discussed when celebrating Carly Simon's 70th birthday last year, You're So Vain is a rapier blade between the ribs of a rapacious lothario. The hotly debated identity of the culprit is a moot point - he's a composite of several people, anyway - although last year she revealed that the second verse (the one that details a personal relationship with the singer) is about the actor Warren Beatty, and that he is indeed so vain, he assumes the whole song is about him.

The most cutting line, the one that skewers this purportedly arrogant swine, pinning and mounting him for all to see is: "You're where you should be all the time / And when you're not you're with / Some underworld spy or the wife of a close friend."

Vanity is almost endearing, betrayal is not.

8. Go Your Own Way by Fleetwood Mac

For Fleetwood Mac, making the album Rumours was a rum do (as the above Johnny Walker interview illustrates). The relationship between John McVie and Christine McVie was failing (and Christine was writing songs about her new beau). The relationship between Lindsey Buckingham and Stevie Nicks was also failing (and they were both writing songs about it), and at one point, Stevie took up with Mick Fleetwood, presumably so he wouldn't feel left out of all the turmoil.

Stevie's song Dreams was a thoughtful address to Lindsey, a healing hand across troubled waters. Lindsey, meanwhile, was lashing out. And in the minimal lyrics of Go Your Own Way - one of the band's biggest hit songs, let's not forget - he began with a helpless plea, "Loving you isn't the right thing to do," before getting base and personal: "Packing up / Shacking up's all you wanna do."

After which, Stevie dutifully joined in on the chorus harmonies, rather than, say, kicking him in the shins.

7. Can't Stand Me Now by The Libertines

The only thing Pete and Carl could honestly sing about was the situation, what they felt about each other

It's always rough when close friends fall out, and Pete Doherty and Carl Barât were very close friends. Their messy off-again, on-again bond was the fuel in The Libertines' creative tank, and when it was severely tested - Carl suspended Pete from the band for a bit, Pete retaliated by burgling Carl's flat, for which he served time in prison - it all came out in song form.

Can't Stand Me Now is that story, recorded by two men who had to be separated by bodyguards in the studio, in case things got ugly. It is also rather touching, the sort of teenage sulk that puts up barriers when all anyone really needed was a big hug. Bystander John Hassell, the band's bass player, told Q magazine in March 2008: "Maybe the only thing Pete and Carl could honestly sing about was the situation, what they felt about each other. Almost a sort of therapy in itself."

The only thing Pete and Carl could honestly sing about was the situation, what they felt about each other

Another row between former buddies, but with hip hop beefs, everything very quickly becomes bigger and more direct. Having thrown a few short barbs at each other across various tracks, Jay Z and Nas went at it in earnest in 2001. Jay's song Takeover was a direct pop at both Nas and Prodigy from Mobb Deep, mocking the former's slow-but-steady release schedule and the latter's height.

Nas replied with Ether, a song so sharp it quickly became a beef benchmark; no punches pulled, no insult untested. Among the more repeatable lines is the moment he points the finger at Jay for sexism: "You seem to be only concerned with dissing women / Were you abused as a child, scared to smile, they called you ugly?" but after a torrent of expletive-laden insults, he does concede: "What's sad is I love you cause you're my brother / You traded your soul for riches”.

If Jay and Nas went at it like rap gladiators, Nicki Minaj's attack on female haters in general, and Lil' Kim in particular, was closer to a house falling on a tulip. What she lacks in finesse - the chorus is just her yelling, "You a stupid h**," over and over again - she more than makes up for in impact. That said, there are throwaway one-liners, and they are razor sharp: "B**** talking she the queen when she looking like lab rat," and, "these b****es is my sons and I don't want custody," being particularly glorious examples.

All hope is not lost for a reconciliation, however. Discussing the aftermath of another beef in the interview above, Nicki told Charlie Sloth: "One thing about me, I'm a very forgiving person, I feel like people make mistakes but as long as you come to your senses after the fact... then it's all good."

4. How Do You Sleep? by John Lennon

Pete and Carl may have been snarling and hugging it out in the studio, but the fallout between John Lennon and Paul McCartney was colder and more manipulative. McCartney's 1971 album Ram included the line "too many people preaching practices" about John's peace protests, which spurred John, who had form in this area - The Beatles' Sexy Sadie was originally a bitter dressing down aimed at the Maharishi Mahesh Yogi - to record the button-pushing How Do You Sleep? in retaliation.

Well-prodded bruises include the death of Paul's mother, the rumour that he had died, the "musak" McCartney was releasing (the song namechecks Yesterday and Another Day), and his inability to "learn" from his Beatles experiences. He also brought George Harrison in to play guitar on the song, just to push the barbs further home. However, by 1975, his feelings had mellowed, as he explained to Bob Harris in this interview for The Old Grey Whistle Test (around 19 minutes in).

3. No Vaseline by Ice Cube

Beefs are fun for the audience

Taking things up a notch, the fallout between Ice Cube and N.W.A was just as bitter and public as The Beatles, only with a lot more swearing and a huge amount of playground fighting talk. The post-Cube N.W.A album Efil4Zaggin contained a few insults lobbed his way, calling him "Benedict Arnold" and painting his exit from the group (on money grounds) as a personal betrayal.

Cube responded with No Vaseline, an eye-wateringly harsh slamdown of everyone in the N.W.A camp - specifically their manager Jerry Heller - using the most offensive language and imagery he could come up with. In this sober and thoughtful interview with DJ Semtex, Cube reveals the depths of the fallout, pointing out that "it was not fun", and adding "beefs are fun for the audience... as long as they keep it on wax, it's hip hop. The minute it goes to the street, it's the street."

Beefs are fun for the audience

2. Scum by Nick Cave and the Bad Seeds 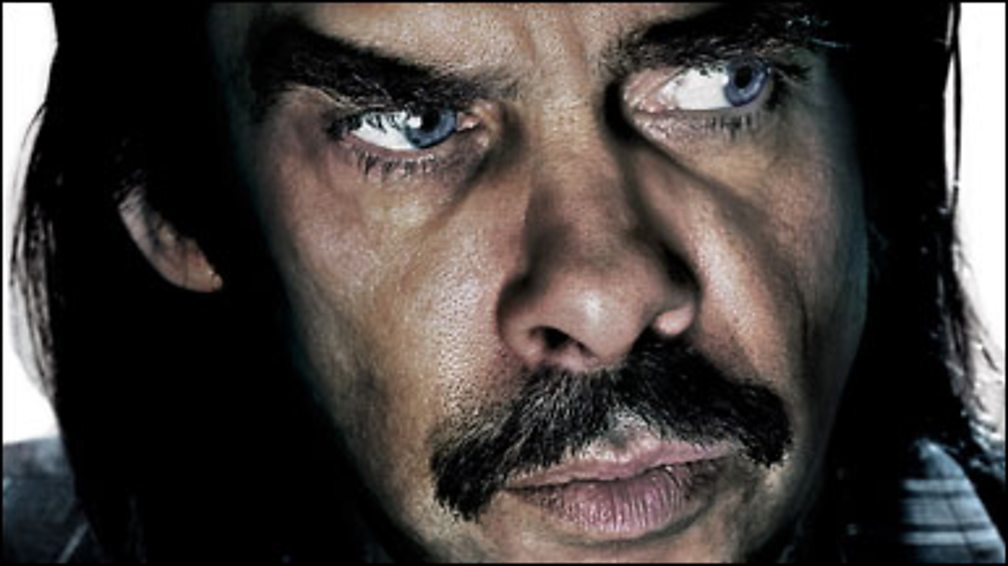 Mat Snow is a music journalist who once invited Nick Cave and his girlfriend Anita to live with him in Brighton for a while. Some time after they moved out, he became the author of an NME review that suggested Cave's second solo album wasn't quite as exciting as his first. Outraged, Nick wrote Scum, a tubercular hound of a song, hacking bile at his former housemate, and released it on a flexidisc.

Scabrous lyrical highlights abound, including, "He reminded me of some evil gnome / Shaking hands was like shaking a hot, fat, oily bone," and the self-explanatory, "You gave me a bad review / maybe you think that it's all just water under the bridge / Well my UNfriend, I'm the type that holds a grudge."

Recounting his story to the Guardian, Mat was philosophical to the point of actual glee: "I'd rather be memorialised as the spotlit object of a genius's scorn than a dusty discographical footnote. My wife to be was a big Nick Cave fan - Scum is 'our song'."

1. The Warning by Eminem

This is the story of a celebrity romance that turned very nasty indeed. Eminem claims he once had a six-month relationship with Mariah Carey. Mariah says he did not. So he released the 2009 track Bagpipes from Baghdad, in which (among the cat-calls and abuse to her then-husband Nick Cannon) he claimed to still have the hots for her. She then released the song Obsessed, about a boy who just can't let things go. This did not go down well in the Mathers camp.

He then recorded The Warning, a complete scornpocalypse, mostly unrepeatable, but containing a few salient points, including: "Mariah, it ever occur to you that I still have pictures?" and, "You probably think 'cause it's been so long / If I had something on you I woulda did it by now / Oh, on the contrary Mary Poppins, I'm mixing our studio session down / And sending it to mastering to make it loud."

And you can bet some of the previous victims of Marshall Mathers's poison pen - his mum, his ex-wife Kim - would consider that she got off lightly.