Last Night of the Proms: The biggest moments 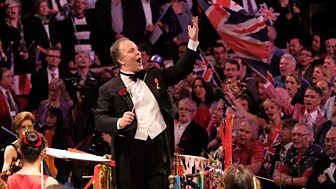 And so the Proms end as they always do - with a huge party, and not just in London's Royal Albert Hall. Across the UK, music fans celebrated the end of a wonderful season with Proms in the Park concerts at Glasgow Green, Singleton Park in Swansea, Castle Coole in Enniskillen, Northern Ireland, as well as in Hyde Park, over the road from the Royal Albert Hall.

Here are just a few of the biggest moments from an incredible night. But, first up, let's remind ourselves of what an exhilarating summer of music-making it's been... 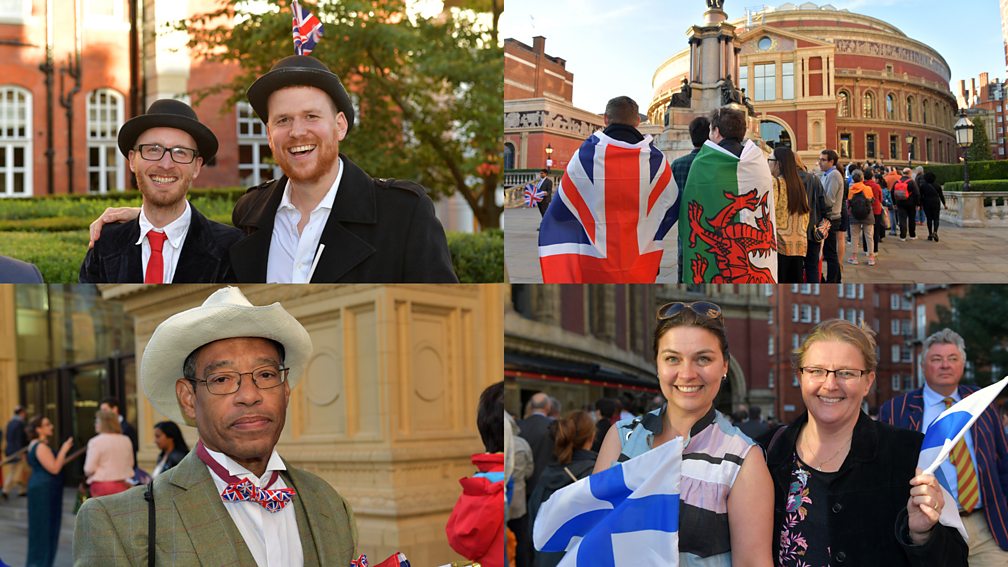 Be honest, did you know this? It costs just £6 to get a Promming (standing) ticket for Royal Albert Hall's Arena or Gallery - for all Proms, including the Last Night. They're made available on the day of the concert, not before, but you'd definitely need to get there very, very early on the day of the Last Night (and present five ticket stubs from previous Proms).

Keeping an eye on things all festival has been Sir Henry

The much-loved Sir Henry Wood was the Proms' original conductor, and he remains the personification of the festival's openness and charm. Of the many traditions of the Last Night, this is definitely one of the quirkier ones!

How's this for a striking opening?

The concert in the Royal Albert Hall began with a world premiere: Flounce by Finnish composer Lotta Wennäkoski (hear the piece in full below). Appropriately for a season that has, among other things, commemorated 100 years since the Finnish Declaration of Independence, the conductor for the night was also a Finn - Sakari Oramo, Chief Conductor of the BBC Symphony Orchestra. 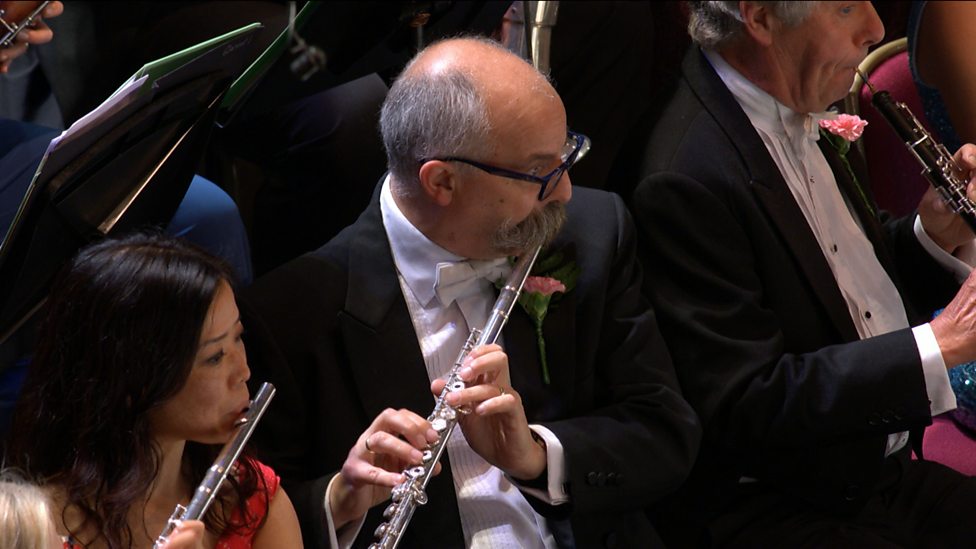 The gentleman with a moustache to rival Sir Henry's? None other than Michael Cox, Principal Flute of the BBC Symphony Orchestra.

And you can't commemorate Finland without playing... 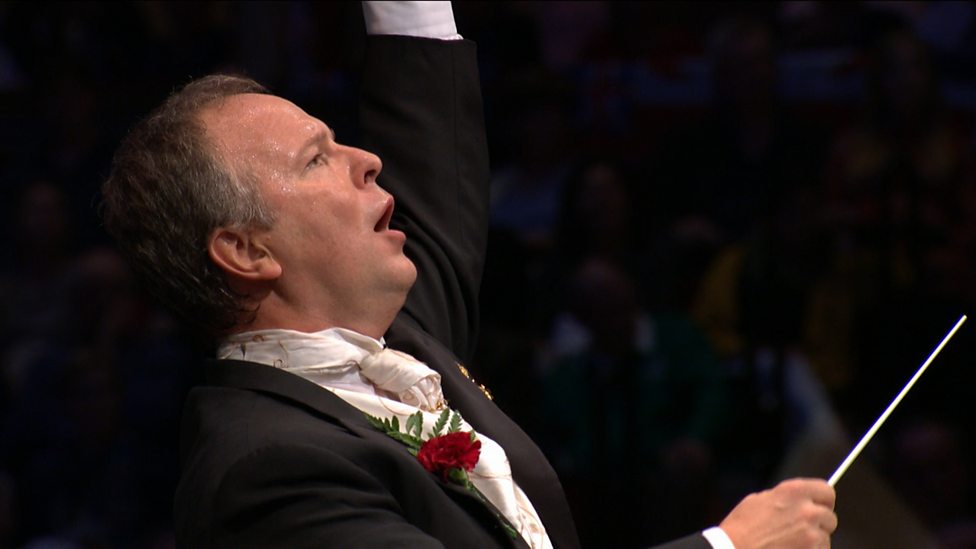 Finlandia! The 1899/1900 tone poem by Jean Sibelius is one of the most significant national songs of Finland. Its choral version was performed tonight.

Over in Hyde Park after a (Waterloo) sunset: Sir Ray Davies of The Kinks 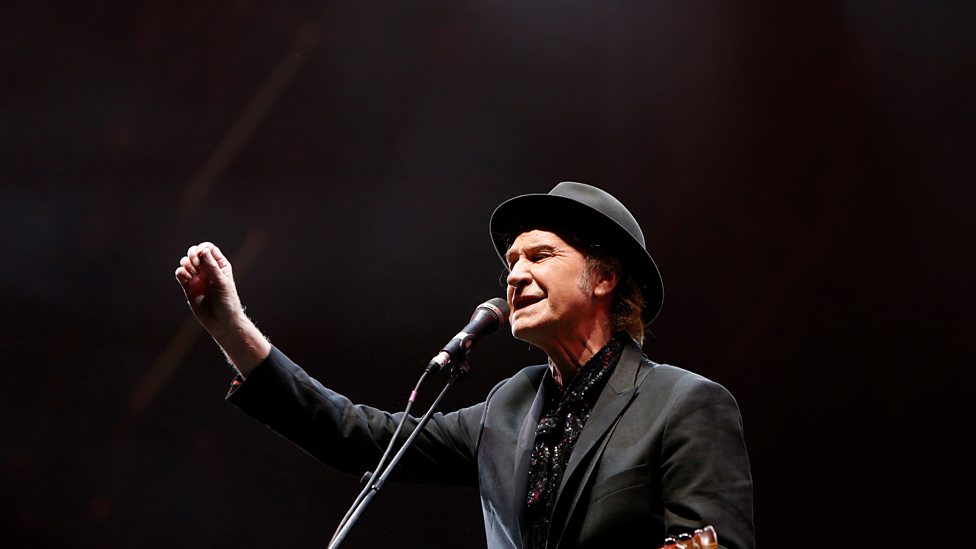 The party there had be going on all afternoon, with a stellar line-up that included Texas, the cast of Five Guys Named Moe, Steps, and no less than two sirs - bass-baritone Sir Bryn Terfel and Sir Raymond Douglas 'Ray' Davies.

Proms in the Park: Hyde Park was hosted by Radio 2, which is celebrating its 50th birthday on Saturday 30 September. To honour the moment, the BBC Concert Orchestra performed a medley of theme tunes from the last 50 years: 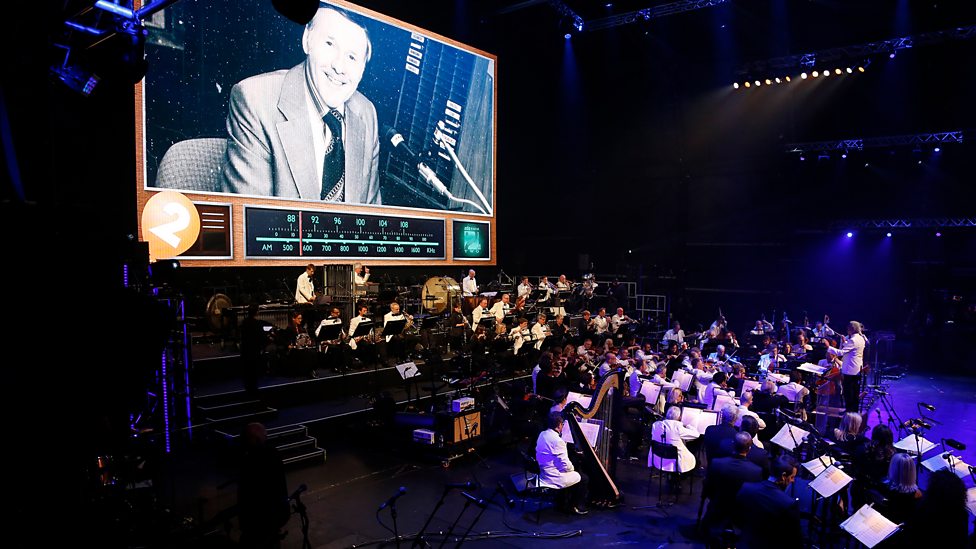 Time to really get the party started

After the interval in the Royal Albert Hall, it was time for the showstoppers, including Fantasia on British Sea Songs, a medley of British sea songs arranged by Sir Henry Wood in 1905 to mark the centenary of the Battle of Trafalgar.

It's a Last Night classic, with many traditions attached to it, including mock tears being shed by the audience during Tom Bowling and the Prommers' famous 'bobbing' dance during Jack's The Lad (also known as Hornpipe).

The Fantasia was followed by Sir Malcolm Sargant's arrangement of Thomas Arne's... Rule, Britannia! Nina Stemme led the Hall, the parks and the nation in one massive, goosebumps-inducing singalong.

Sakari Oramo gave us a popular history of conducting, praised Sir Henry Wood ("Hip hip hooray!") and, on a great night for music, reminded us of its power and importance. As for the following image, we'll definitely be adding it to our collection of conductors having the time of their lives at the Proms. 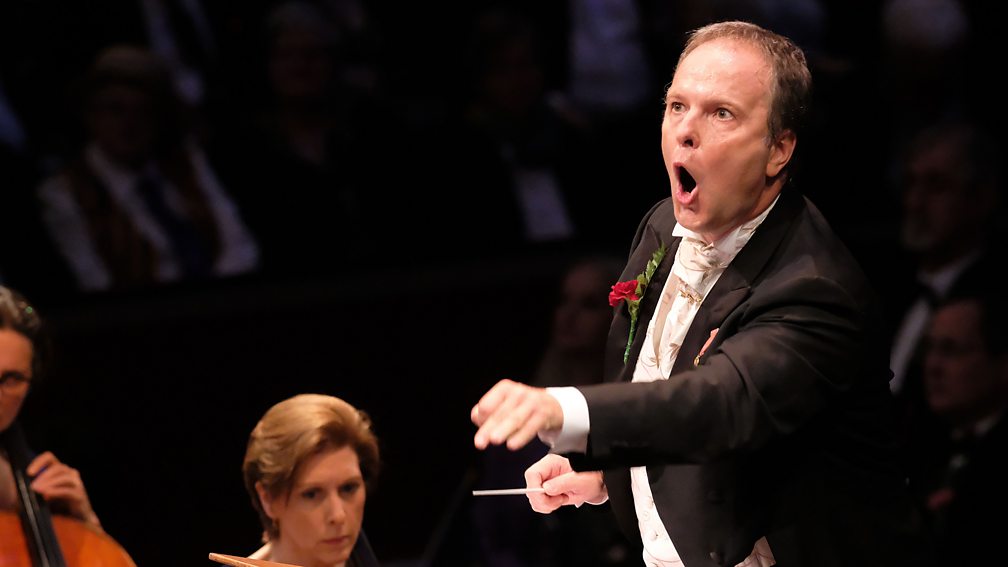 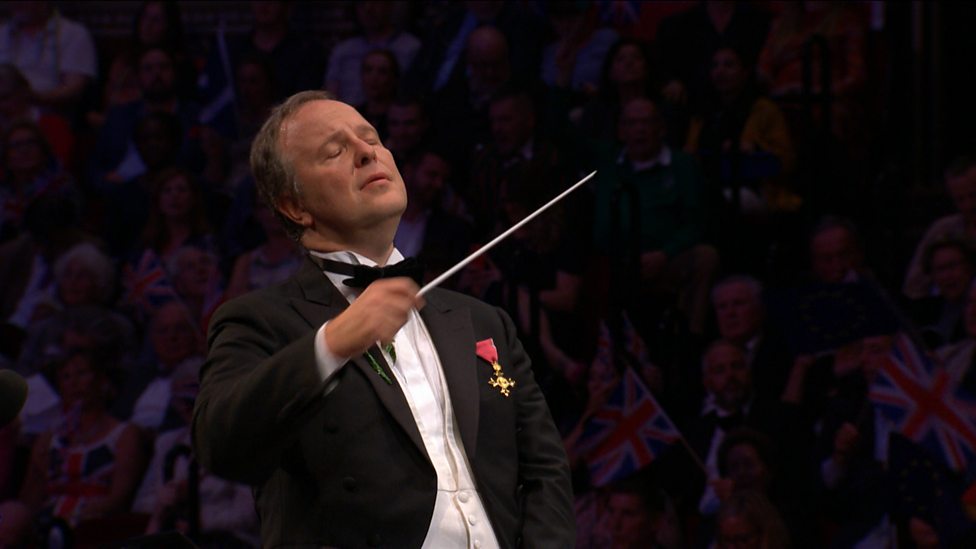 [WATCH] Elgar: Pomp and Circumstance March No 1 in D major, 'Land of Hope and Glory'

Another Late Night staple: Edward Elgar's fabulous Pomp and Circumstance March No. 1 in D major, which includes the patriotic song Land of Hope and Glory (the lyrics are by A. C. Benson). No mock tears for this one, please - let the real ones flood out.

Bring me my bow of burning gold! 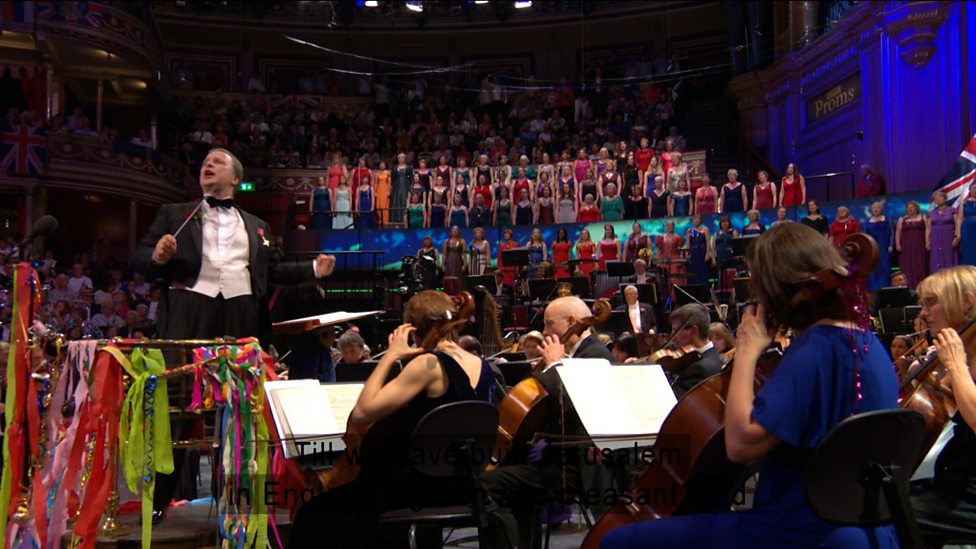 Before the National Anthem, another bona fide anthem, Jerusalem - William Blake's poem set to music by Hubert Parry in 1916, and later orchestrated by Elgar.

...belt out Auld Lang Syne. Because you've definitely got a little left in the tank, right?