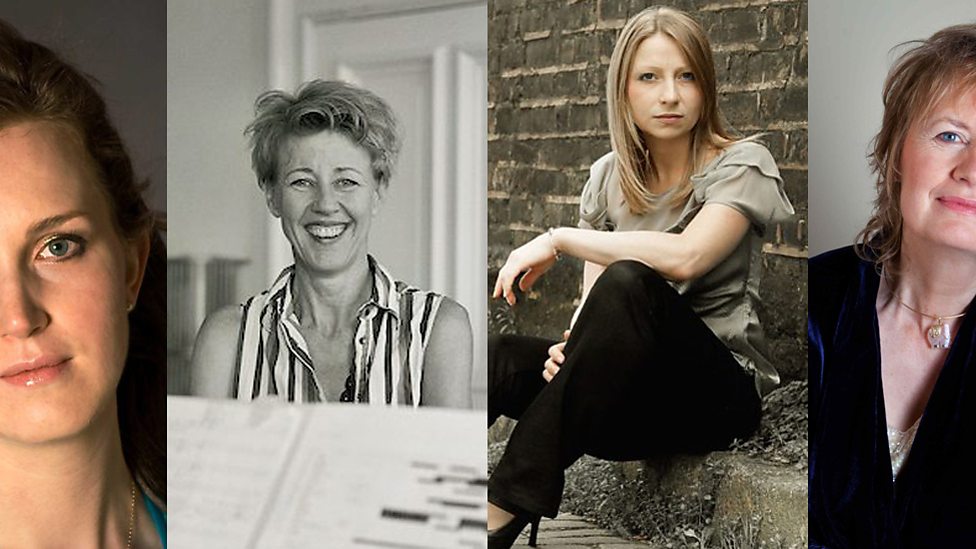 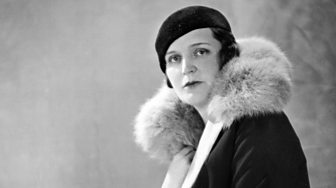 At the heart of the Proms is new music from living composers, and this year women are leading the charge. Female composers may be less than generously represented in the annals of music history, but that imbalance is finally being righted.

At the 2016 Proms, six of the 15 premieres that the BBC has commissioned are by female composers. And those pieces are some of the most forward-looking of the season, whether it's the experimental theatrics of a former rock drummer or the sci-fi sound swells of a one-time chess champion, adding up to a sonic exploration of beauty, fantasy and science. 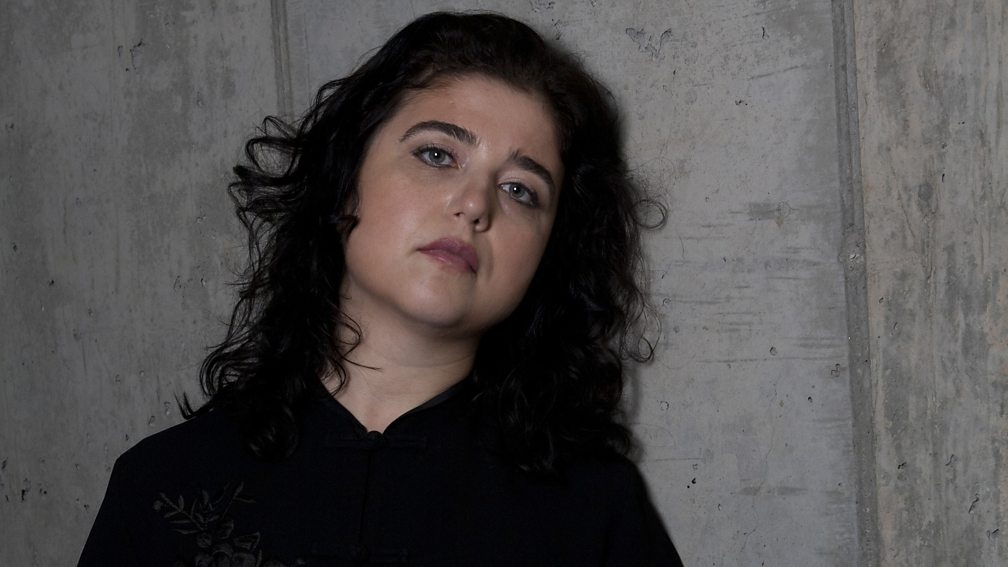 Lera Auerbach is one of those annoyingly brilliant polymaths. She's a composer, but also a successful concert pianist, poet, painter and sculptor. The drama in her biography - she defected from her native Russia to the US in 1991 aged 17 - is reflected in her music. There's a sense of fantasy, high romance and grand scale in her torrid churning strings and ringing fortissimos. Her compositions are full of musical imagination without straying too far from traditional forms and tonalities - a quality that has helped her become lauded in the States. This is music to get carried away with, rather than to dryly appreciate.

Despite all her extra-curricular interests, Auerbach's compositional output is prolific, totalling over 100 works. These include large-scale orchestral pieces and chamber music, lots of piano solos and string quartets, choral works and music for opera and ballet. Her Proms piece is a symphonic fantasy for solo violin, choir and orchestra called The Infant Minstrel and His Peculiar Menagerie. It's a musical nonsense poem featuring a travelling troubadour and a colourful array of characters including a flying pig. And, of course, Auerbach hasn't just written the music, but also the libretto. And she's made a book of illustrations. And a sculpture to go with it.

Prom 22: Ravel, Lera Auerbach and Debussy
Listen below (until 31 Aug) 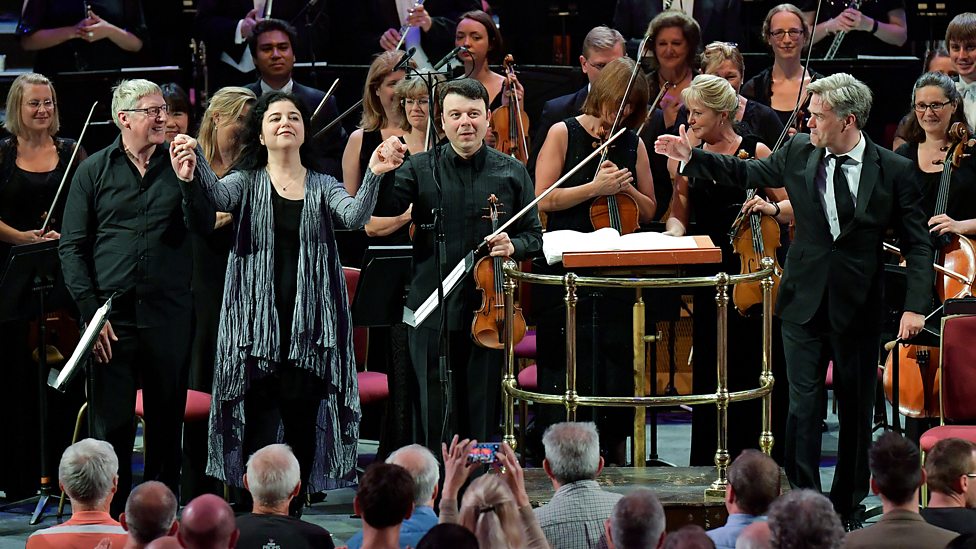 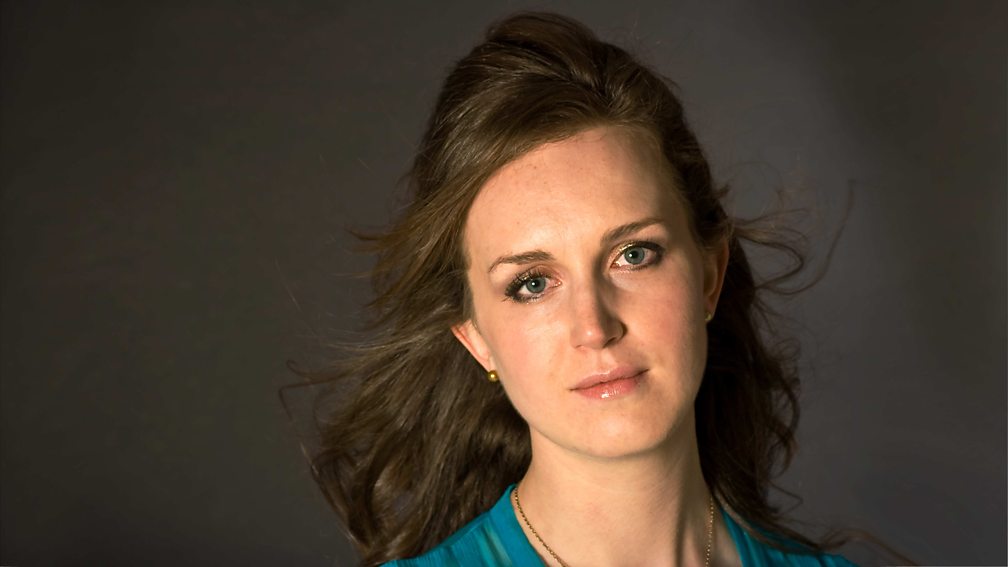 Lauded composer Helen Grime won her first professional commission when she was still a student, for the short chamber opera Doorstepping Susannah in 2001. Brought up in Scotland, Grime is a mean oboist - she performed her own Oboe Concerto in 2003. She creates intricate music with curious and restless melodies that are always on the move, and once wrote a piece called Chasing Butterflies for 100 violas. Like the butterfly, Grime's music flutters rather than blasts, inviting your ears to come closer. She has a "distinct voice and a special poetry" according to Royal Scottish National Orchestra's Stephane Denve, who also thought her breakout orchestral piece Virga (2007) was "some of the best music written in the last 10 years".

So expectations are high for Grime's double Proms premiere, Two Eardley Pictures, a pair of orchestral works that can be played separately or together as one longer piece. They're based on the paintings of Scottish artist Joan Eardley, who captured the snowy hills and coastlines of north-east Scotland. 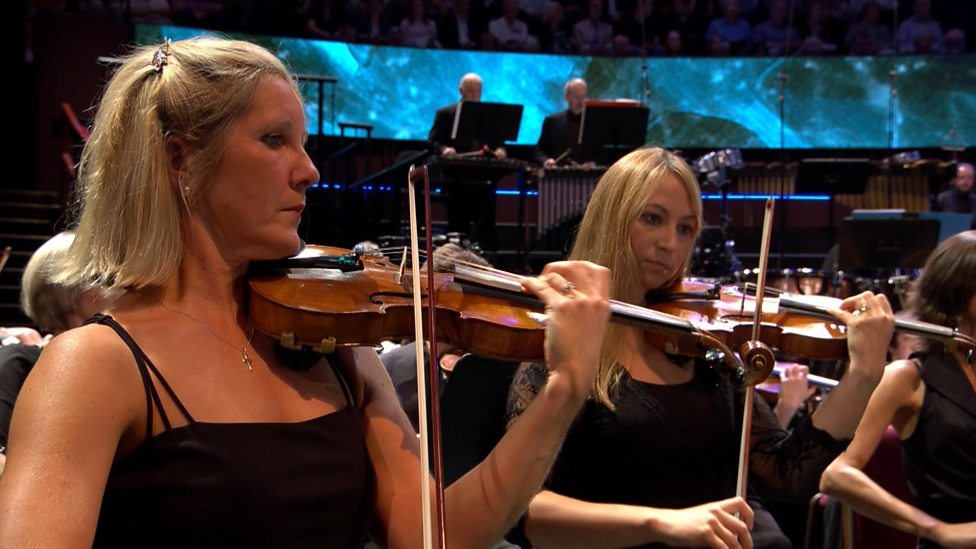 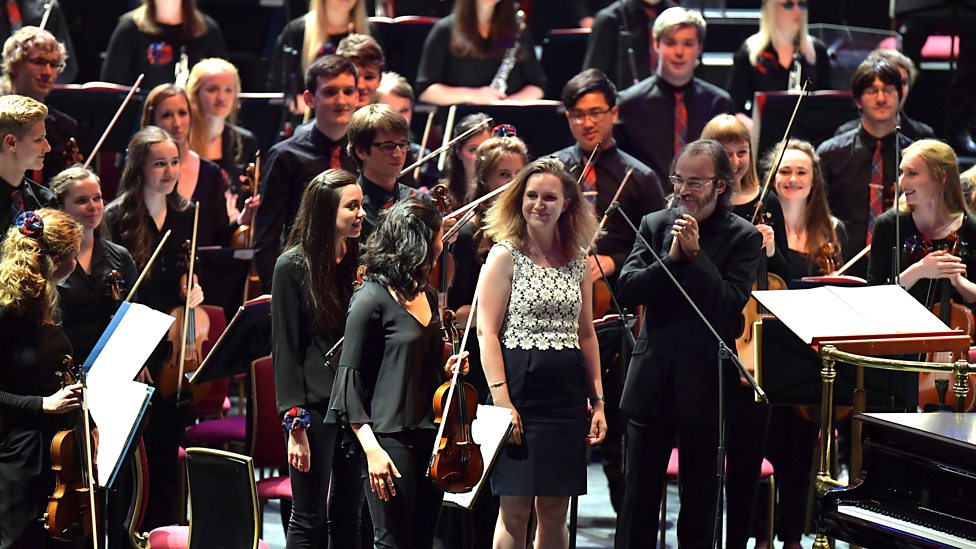 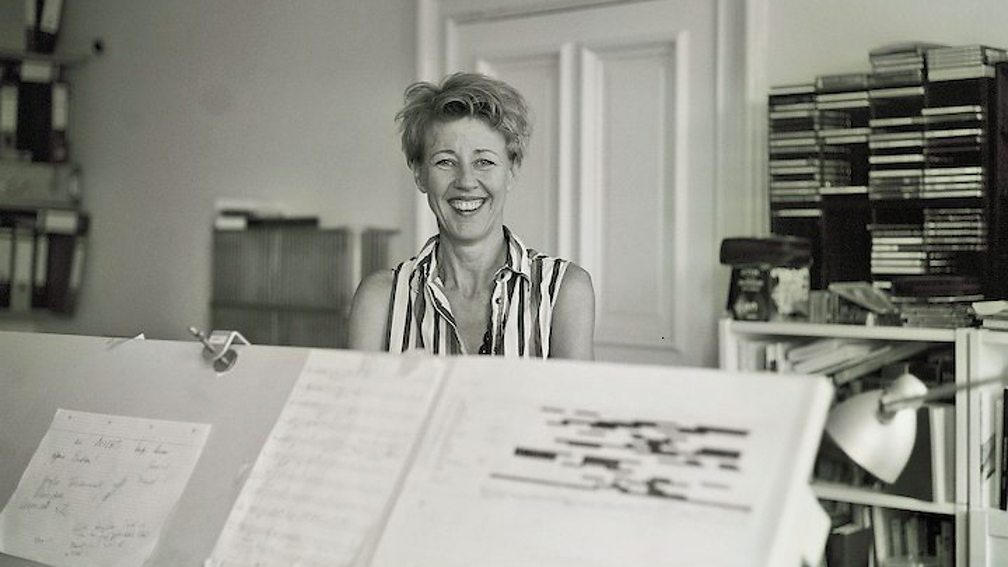 Growing up in Hamburg in the 60s, Iris ter Schiphorst wanted to be a dancer. In the 70s, she performed as a classical pianist. Throughout the 80s, she played in bands in dingy clubs on the German rock circuit, and in the 90s she explored sampling and electronica. All of these influences go into the stew of ter Schiphorst's music, as a mainly self-taught composer never contained by musical orthodoxy.

Ter Schiphorst's works come in all flavours: chamber and orchestral, for stage and film, for children (she scored a puppet version of The Gruffalo), utilising samplers, ghetto-blasters, voices, actors, dancers and even mime artists. She makes morphing soundworlds, with queasy effects, strange timbres and bumps in the night (1999's Hundert Komma Null, her first major orchestral work, had something of the haunted house about it).

Her Proms piece has been written for the National Youth Orchestra of Great Britain; new music for new players, named after a new discovery, Gravitational Waves. Here comes the science: gravitational waves are ripples in space time that were predicted by Einstein but only definitively detected earlier this year when two black holes collided. Now, don't tell me you don't want to know what that sounds like. 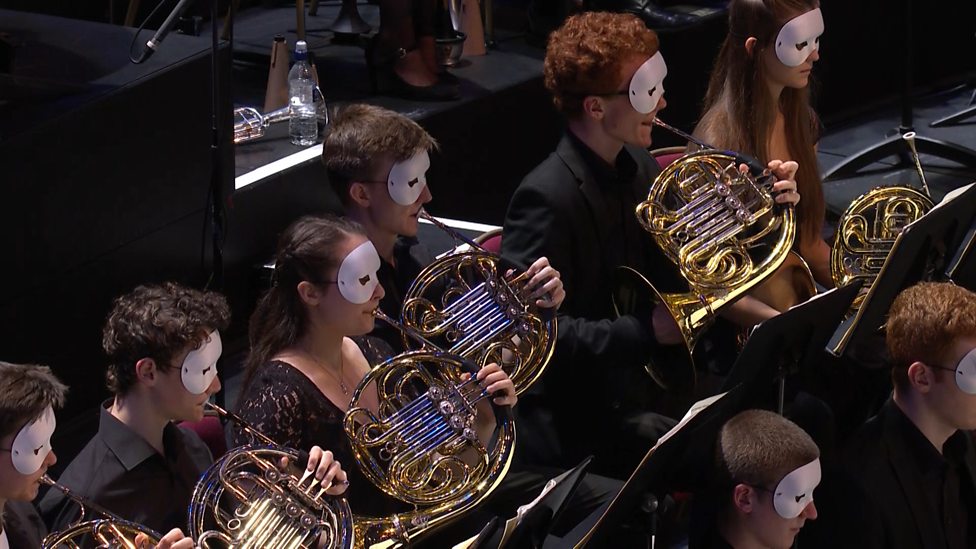 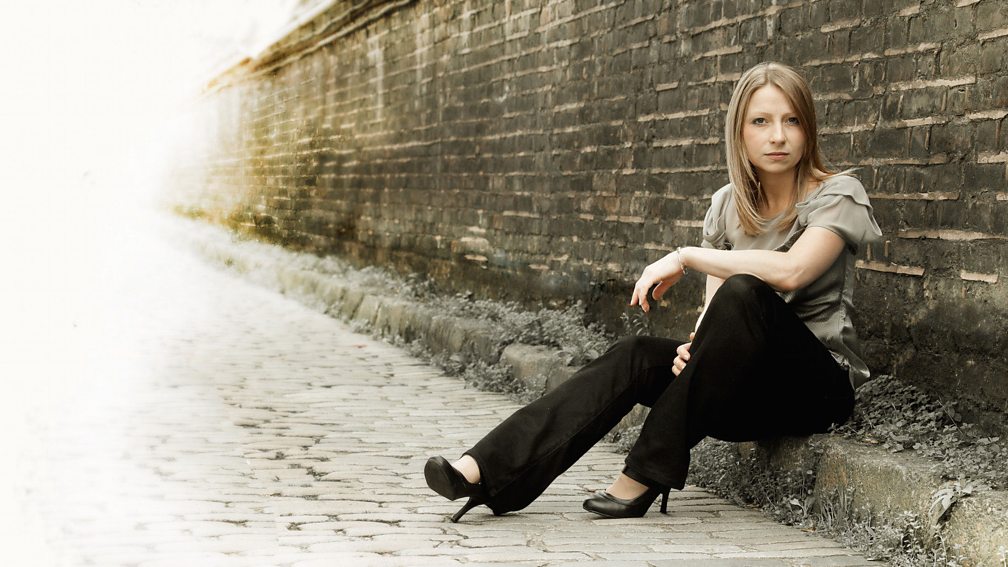 Never let it be said that classical music doesn't address the real world. The death of photojournalist Tim Hetherington in Libya in 2011 and the partial destruction of Palmyra in Syria by the so-called Islamic State were the spur for Charlotte Bray to write her cello concerto Falling in the Fire. It's a piece born of moral outrage and the composer's attempt to process the bewildering realities of war, with the sounds of hovering helicopters and post-explosion tinnitus woven into its score.

It's not the first time Bray has turned to gritty reality for artistic stimulus. Her one-act opera Entanglement was based on the story of Ruth Ellis, the last woman to be hanged in Britain, and she named Sizewell power station as an inspiration for her last Proms commission, At the Speed of Stillness, in 2012. Her music features complex, skittish textures and rhythms you could trip over, with flighty melodic fragments.

Prom 39: Haydn, Charlotte Bray and Mahler
Listen below (until 13 Sep) 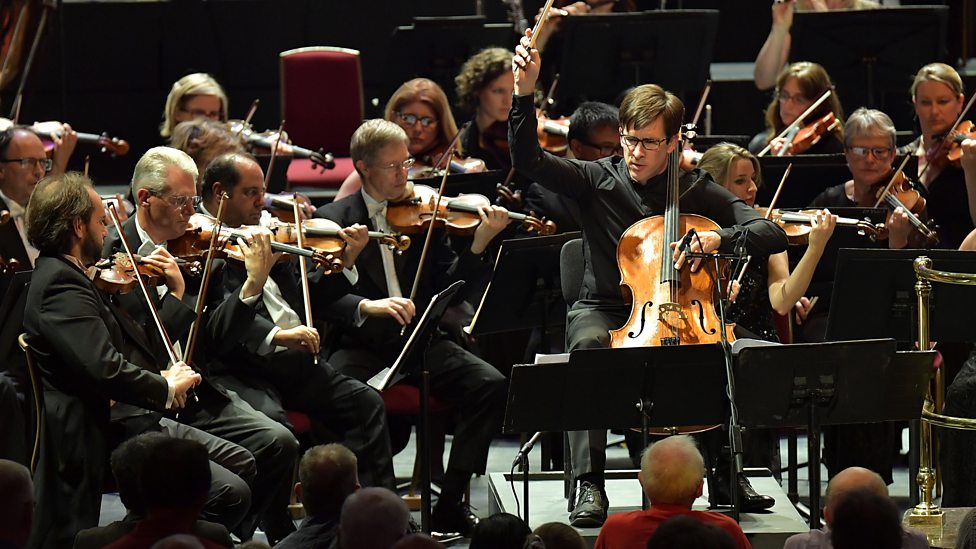 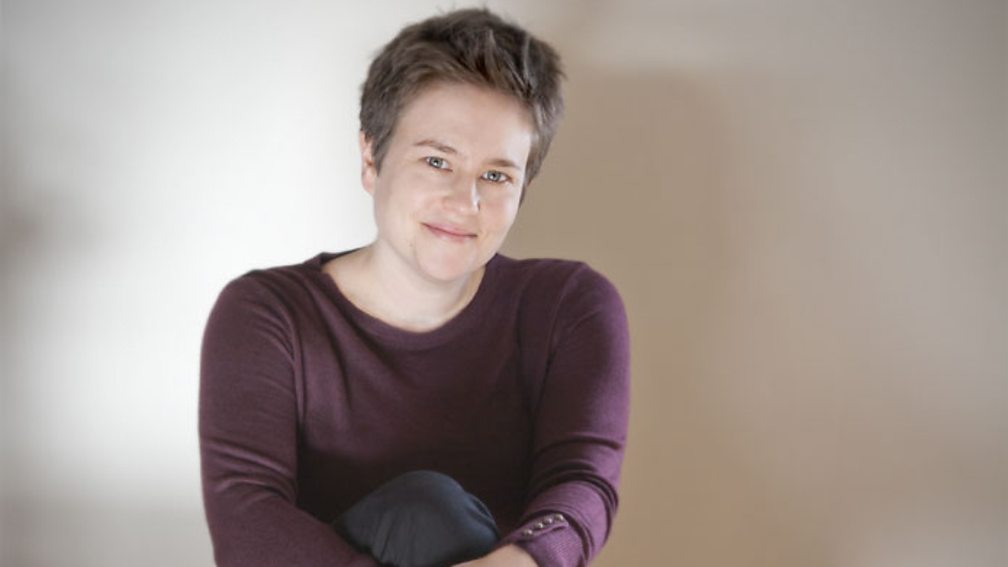 Knowing that Emily Howard is a maths and computing graduate and six-times former junior chess champ, you might expect dry logic and perplexing complexity from her music. Not so. In fact, it's playful, dramatic, surprising, cinematic and intense.

The piece that really got Howard noticed was Magnetite, written for 2008's European Capital of Culture in her home town of Liverpool. In it, you'll find shimmering sci-fi sounds, lots of brass and percussion, textures attracting and repelling each other like magnets (hence the title). It's one of a number of her pieces inspired by scientific phenomena (see also: Solar, 2010; Orbits, 2015; Calculus of the Nervous System, 2013). Other inspirations include Czech marathon runner Emil Zátopek and computing pioneer Ada Lovelace (both subjects of mini operas). At the other end of the spectrum, there was the children's song Big Bums. Which is about big bums, obviously.

Howard's Proms commission is entitled Torus - a geometrical term for a three-dimensional ring. A doughnut, basically. Or as Howard puts it herself: "I'm almost imagining the torus as a sphere with its heart ripped out." A definite lack of cold logic here.

Sally Beamish is a composer unafraid of a luscious melody. She eschews the obsession with hardcore modernism of her college contemporaries, but there's nothing backward-looking or staid about her scores. Her music is richly evocative, which is why it works so well for film, television and theatre. A London-born viola player, Beamish moved to Scotland in 1990 to focus on composing and became inspired by her new surroundings. In some of her music, such as the Scottish harp and fiddle concerto Seavaigers, you can hear the wistful gazes across the floating mist and the kelpies in the seaspray. There's jazz in there, too (she's written for saxophonist Branford Marsalis) and a host of other influences across an impressive output of symphonies, concertos, vocal works, string quartets and more.

Beamish's Chamber Proms commission, Merula perpetua, keeps things intimate. Returning to her own instrument, the viola, it's a piece inspired by the song of the blackbird. Expect music bursting with emotional life, dancing textures and great tunes.