What happened to the Eurovision contestants who scored nul points? 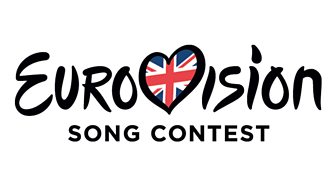 NUL POINTS. The two-word doom most feared by every Eurovision hopeful flashing their molars to the back rows and carrying the weight of their country's pride on their shimmying shoulders. But no points doesn't have to mean no future, as our list of just a selection of zero-to-hero nul-points survivors shows (there have been many others).

Some went on to bigger and better things, some just to weirder things, but do you know what? They all went on. And that's an uplifting message to match any in the power ballads you'll hear at this year's competition.

"It's a strange thing," said Jahn Teigen when interviewed in 1980 by Arena, above. "I got no points and since then I had a lot of success."

In a stunning display of 70s brand management, Norway's 1978 contestant managed to spin his abject failure with the inoffensively naff song Mil etter Mil (Mile by Mile) into a triumph. His loyal countrymen kept the song at the top of the Norwegian charts for four months, and Tiegen capitalised on the sympathy, calling his subsequent album This Year's Loser. Teigen then returned to Eurovision in 1982 and 1983, reaching 12th and 9th place respectively.

A former member of Popol Vuh (not the Werner Herzog-collaborating krautrock legends from Germany, but a Norwegian band named after the same ancient Mayan mythical text), Teigen is also a comedian, specialising in spoof songs (including a parody version of Mil etter Mil in Russian) and has starred as an executioner in the 1992 London run of Norwegian rock-opera musical Which Witch, noted to be "the most heavily panned London stage musical in a generation" by the Telegraph. 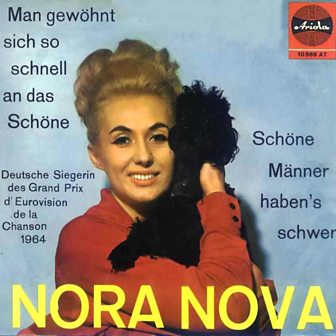 Ahinora Kumanova's father was an official to Tsar Boris III of Bulgaria, and after the country's communist coup in 1944, her family became persona non grata, with some of her relatives put to death or sent to labour camps. In 1959, at the age of 31, Kumanova escaped Bulgaria by a marriage of convenience to a West German. Five years later, she represented Germany at Eurovision as Nora Nova, with the mischievous oompah-pop of Man Gewöhnt Sich So Schnell an Das Schöne (How Quickly We Get Used to Nice Things). It retains the title for longest, er, title at Eurovision, but that was all it won.

In 1989, the Iron Curtain fell, and Nora Nova returned to Bulgaria, opening up a fashion boutique in Sofia. A more bizarre turn was to come: in 2001 she helped to found the National Movement for Stability and Progress, a political party aimed at the restoration of the tsarist monarchy, in the form of Simeon Borisov Saxe-Coburg-Gotha, who ruled as a minor from 1943-46. The party has subsequently dropped out of Bulgarian politics.

"Though the road seems clear there are things the eye can't see," went the lyrics of Það Sem Enginn Sér (What No One Sees), Iceland's nul-points scoring entry in the 1989 contest. No truer words, and although you'd think that such a crushing defeat would be enough to put a 20-year-old off music for good, Daníel Ágúst went on to front internationally successful band GusGus, whom 90s indie kids may remember from such cuts as Polyesterday. They released their latest album, Mexico, in 2014. 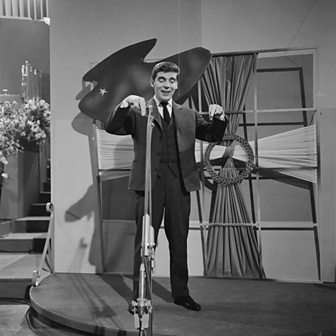 The first ever nul points went to the poor old Belgians. Born Fernand Urbain Dominic Leclercq, Fud LeClerc was a successful musician before he attempted Eurovision, most notably as pianist to French chanson legend Juliette Gréco. He did well at the first ever Eurovision, where his jaunty number Messieurs les Noyés de la Seine (The Drowned Men of the Seine) reportedly placed third (results beyond the winner weren't announced in the inaugural year), while Ma Petite Chatte came eighth in 1958 and Mon Amour Pour Toi sixth in 1960.

Perhaps the voters came to feel that Fud was milking it a little, and come 1962, Ton Nom, a slinky bit of Sinatra-lite, was the first ever song to get no votes from anyone. He left the music business soon after to pursue a career as a building contractor, before heading off to travel the world when he retired. And why not? Fud died in 2010. 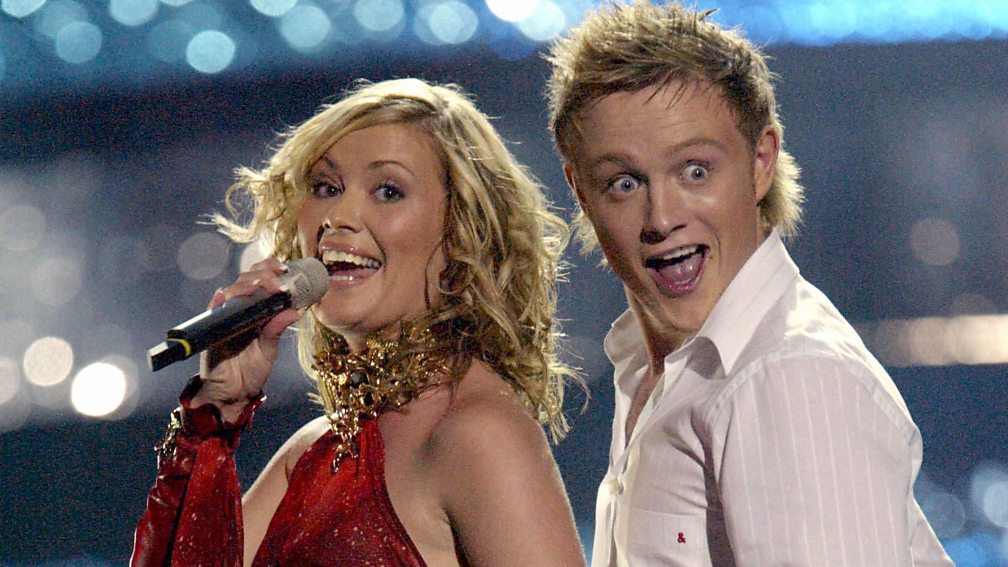 The 2003 contest in Latvia saw a record field of 25 countries, which made the UK's nul points all the more embarrassing. Chris Cromby and Gemma Abbey - Eurovision devotees who cut their teeth in the pubs and clubs of Liverpool - blamed their wincingly out-of-tune performance of Cry Baby on their inability to hear the backing track (although the excruciating moment in their dance routine where Cromby mugs to the camera before placing his hand on Abbey's bottom can't have helped either).

Terry Wogan charitably attributed their low score to a "post-Iraq backlash". Jemini split up shortly afterwards, with their debut album canned, and have to date only reappeared on 2013 show How to Win at Eurovision and a 2014 Eurovision special of the quiz show Pointless. Less glamorously, Gemma was convicted of benefit fraud in 2016, as the Telegraph reported. 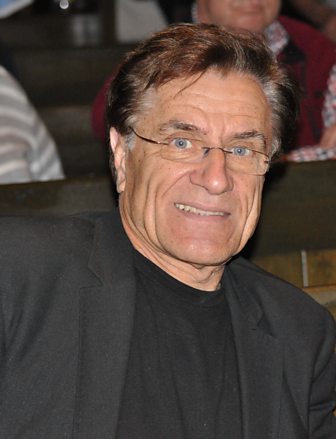 Viktor Klimenko was born in a Russian prisoner-of-war camp in 1942 and moved to Finland with his family at a young age. Known as 'The Singing Cossack', he became famous there as a singer and actor. His languid orchestral pop ballad Aurinko Laskee Länteen didn't set the contest alight in Italy, but Viktor went on to a five-decade career bedecked with gold and platinum. In the 80s, he underwent, like Bob Dylan, a religious conversion and re-branded himself as a gospel singer. He also had his own TV show in Finland, and starred in Finnish films including Vodka, Inspector Palmu! (1969) and the 2008 horror Sauna, set in the 16th-century Russo-Swedish war, which, yes, actually involved a supernatural sauna.

In 1997, Portugal's Célia Lawson garnered no points for Antes Do Adeus (Before the Goodbye), a smoky, slightly dated synth torch song. Maybe it was the spoken male call-and-response backing vocals, or perhaps the voters were blinded by the UK's winning Love Shine a A Light by Katrina and the Waves. Whatever, the experience possibly left Lawson with rage to vent: she went on to return to her first love - hard rock - and reinvented herself as power metal singer Ira, sticking your nul points where it hurts on tracks such as Nights in Baghdad. 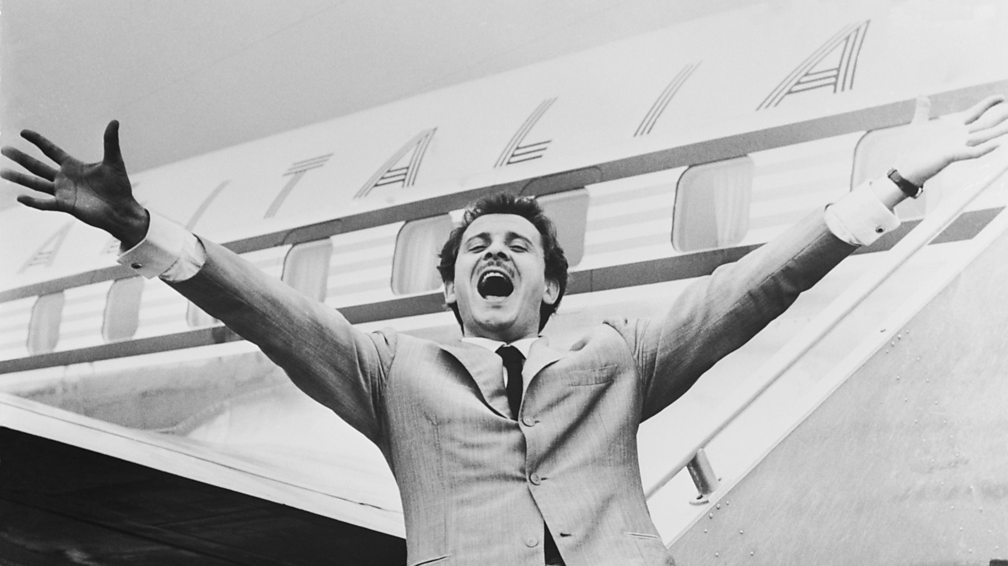 Mustachioed Domenico Modugno had already come third at Eurovision 1958, with the huge, high-drama hit Volare (wooah-oohhh-ohhh) also know as Nel Blu Dipinto di Blu (Fly / In Blue Painted Blue) and placed sixth in 1959 with Piove (Ciao Ciao, Bambina). But a third time was not the charm for his formula, and his flamenco-tinged song Dio, Come Ti Amo, despite judicious use of theremin, became the only nul point in Italian Eurovision history.

Undaunted by its ignominious failure, no less an authority than Shirley Bassey later recorded the track for a 1991 album. Modugno, meanwhile, went on to a successful film and music career (one of his songs was later recorded by Elvis as Ask Me) until suffering a stroke in 1985, after which he focused on politics, serving as a congressman for the Radical party and campaigning on social issues. He died in 1994.