7 of the most scathing record reviews of the year

There's no denying that reading a well-crafted trashing of a record can be a cathartic experience for some - and there have been some good examples of scathing reviews from 2017. Often what stands out is when a critic goes against the grain, offering a different take on an album that's been generally well-received (and may end up selling well), and that's certainly the case with many on this list of the times when critics got very critical indeed...

In his appraisal of Who Built the Moon? by Noel Gallagher's High Flying Birds, Irish Times writer Ian Maleney compares rock music to a zombie still shuffling along - just about - before adding that the form doesn't get more "guileless" or "hollowed-out" than this. And that's just in the opening two paragraphs.

"We're talking about a middle-aged Manchester City fan whose last memorable contribution to his art appeared more than two decades ago," writes the reviewer. "There have been children born, raised, educated, employed and ruined in the years since Noel Gallagher last released a collection of music that meant anything to people. But, thanks to the regressive cultural time-warp in which we are all trapped, and thanks to the predictability of the British music press, he lingers."

It doesn't let up from there. Although Who Built The Moon? generally received four-star reviews, Maleney remains assured in tearing the album to pieces. Where others consider it Gallagher's best work post-Oasis, the writer sees a "meaningless spectacle" that feels awkward, childish, claustrophobic and lacking in any ingenuity or imagination. "There are musical gestures here that would be a cause of embarrassment if you heard them played by a gang of black-clad teenagers at a Saturday afternoon battle of the bands in a rural parish hall," he says at one point.

Gallagher proved to be a good sport - sharing the one-star review on Instagram and including it in an ad for the album that ran on TV, singling out the line "a dried up oasis of dross" and generating another bump of publicity for him in the process. 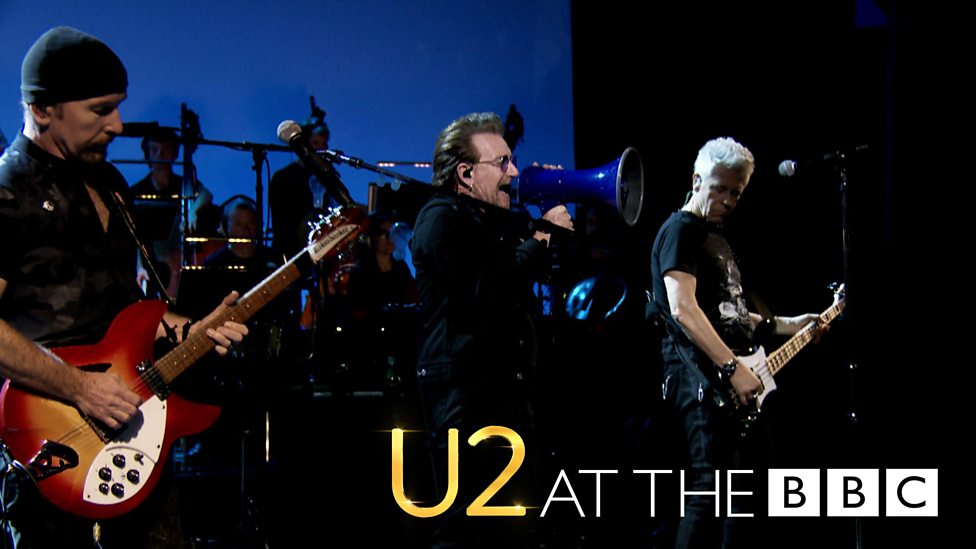 Much of the coverage surrounding U2's 14th studio album has involved some speculation about what keeps them going. Kevin Pang, a writer for AV Club [warning: contains adult language], sees a clear answer coursing through the band's 21st century output: the need to validate their relevance by topping the charts. By that measure, U2 have still got it.

Songs of Experience - the follow-up to 2014's Songs of Innocence, which infamously appeared in every iTunes library overnight - has made them the first group to achieve No.1 albums in the US across four decades. Pang, however, detects a complacent band revving up their ambition to embarrassing effect - searching for a hit while trying too hard to say something profound.

The examples are cutting. Lead single You're The Best Thing About Me is described as "the Jimmy Fallon of U2 songs", a blindingly earnest ballad "articulated with the subtlety of a swinging Trabant to the face". The upbeat Red Flag Day ("So many lost in the sea last night / One word that the sea can’t say, is no! / No! Nooooo! Nooooo!”) is balked at for being "a toe-tapper about Syrian refugees drowning in the Mediterranean". American Soul, meanwhile, is lamented for, among other things, its use of the term "Refu-Jesus" - "a portmanteau of David Brent-ian insufferableness". 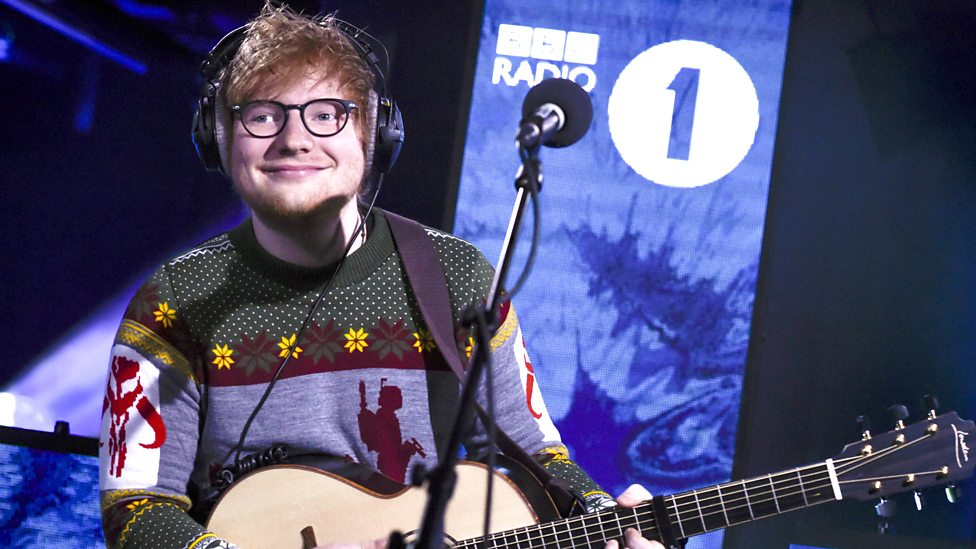 The success of Ed Sheeran's third album appears to be unstoppable: selling 232,000 copies in the UK on its first day of release; notching up a cumulative one billion YouTube views on the second; having the entire Top 16 of the Irish Singles Chart occupied by each song from the album; then debuting at No.1 in the US, where it would become the top-selling album of 2017.

But a memorable dent appeared in the form of a scathing review by Pitchfork, where writer Laura Snapes turned a critique of the album's superficial charm into an opportunity to deconstruct Sheeran's brand - one apparently rife with contradiction.

"His feeble message falls apart when the self-confessed careerist sighs at someone surely in his same tax bracket for talking "'bout exponential growth, and the stock market crashing and their portfolios / While I'll be sitting here with a song that I wrote,'" writes Snapes, before adding, about hit single Galway Girl: "Sheeran traveled the world for a year before making this record, and considering his cultural takeaway from County Galway, we should be thankful his travels didn't also inspire him to write a song about lassoing une mademoiselle with a string of onions beneath the Eiffel Tower, or how love sprang eternal with a girl in a dirndl in Austria."

What a ghastly man
The Independent

As Spin reported, Morrissey recently claimed that the campaign for his 11th solo studio album, Low in High School, was derailed by "haters" who don't even listen to his music and just want him out of the way. But despite some mixed reviews, as well as a series of controversies over his outspoken views, the album reached No.5 on the album chart. Writing in the Independent, Andy Gill acknowledged its musical adventurousness while also lamenting a display of spite and self-pity that, even for Moz, felt excessive.

Aside from the use of Carry On-esque sexual innuendo, Gill finds the singer's take on complex geopolitical issues particularly grating. I Wish You Lonely ("Tombs full of fools who gave their life upon command") and I Bury the Living ("Just honour-mad cannon-fodder") are singled out for their witheringly insensitive depiction of those who serve in the military, while the writer argues that The Girl From Tel Aviv Who Wouldn't Kneel ("It's because the land weeps oil") does little more than establish Morrissey as "master of the bleeding obvious".

"I'm no apologist for the armed services, but if required to understand the minutiae of a conflict," Gill writes, "I think I'd probably turn to one with first-hand experience, rather than some self-regarding flaneur who's apparently just discovered oral sex. Especially when the second half of I Bury the Living consists of him mocking bereaved parents with the sneering chant, 'It's funny how the war goes on without our John', before literally ending the track with background bellowings of fake laughter at their loss. What a ghastly man."

What a ghastly man
The Independent

Public Service Broadcasting - They Gave Me A Lamp

Public Service Broadcasting are a postmodern pop trio from London who construct songs around snippets of old educational films and archival footage. On third album Every Valley, they use this cut-up approach to convey the rise and collapse of the Welsh coal-mining industry in the 1970s and 80s - even recording it in a former steelworks town where they would weave interviews with locals into the songs.

In one of the most discussed takedowns of the year (leading to a follow-up essay on the nature of music criticism for Crack), Luke Turner of the Quietus argues that the album's intentions only become clear when you read the accompanying press release. The songs, on the other hand, sound inappropriately upbeat and lacking any hint of poignancy.

Although Every Valley reached No.4 on the album chart and earned some rave reviews, Turner struggles to understand how Public Service Broadcasting has thrived "despite being the musical equivalent of one of those dreadful Blitz-themed club nights where people who work in advertising get drunk while dressed in 40s garb before going home to clean up the gin sick with a Keep Calm & Carry On tea towel".

There's plenty to be furious about when it comes to the fate of Britain's mining industry, Turner writes, but he believes an album that sounds like it's intended "to soundtrack an ad for boating holidays on the River Bure, voiceover by Alan Partridge" makes for a trite and tacky memorial. He concludes that the album is "turgid, insipid, bizarrely misjudged pap".

The only thing Everything Now is about is Arcade Fire, which is its most pernicious and pathetic quality
Tiny Mix Tapes

In July, Arcade Fire's fifth album in 13 years debuted at No.1 on the US charts. As part of a satirical press campaign that involved an elaborate series of fake news stories, the band wrote a review of their own album - a "premature premature evaluation", which took a swing at an online ecosystem built on instant gratification.

Writing for Tiny Mix Tapes, Adam Rothbarth tried to unpack an album that "hides behind shades of irony and meta-criticism" and found a sneeringly cynical work that patronises listeners. Though several mixed reviews of Everything Now touched on similar arguments, Rothbarth takes the band to task for spurning the empathy behind their previous work in favour of a hollow critique of society.

"The only thing Everything Now is about is Arcade Fire, which is its most pernicious and pathetic quality," he writes, adding that instead of giving listeners hope for a brighter future, the band revels in a bad attitude while publicly maintaining that the album's strength can only be fully digested over time.

"At this moment, I see no hidden meaning behind the laptop reggae and butt-rock interludes of Chemistry, a song that has been rightly lambasted across the board," Rothbarth continues. "Butler's response is that the song plays well in New Orleans and will probably play well in Mexico; it's just that Brooklynites may not understand it. He wants to stand above the album's listeners in order to administer their experience with it, effectively trading in his status as an artist for that of a salesman."

The only thing Everything Now is about is Arcade Fire, which is its most pernicious and pathetic quality
Tiny Mix Tapes 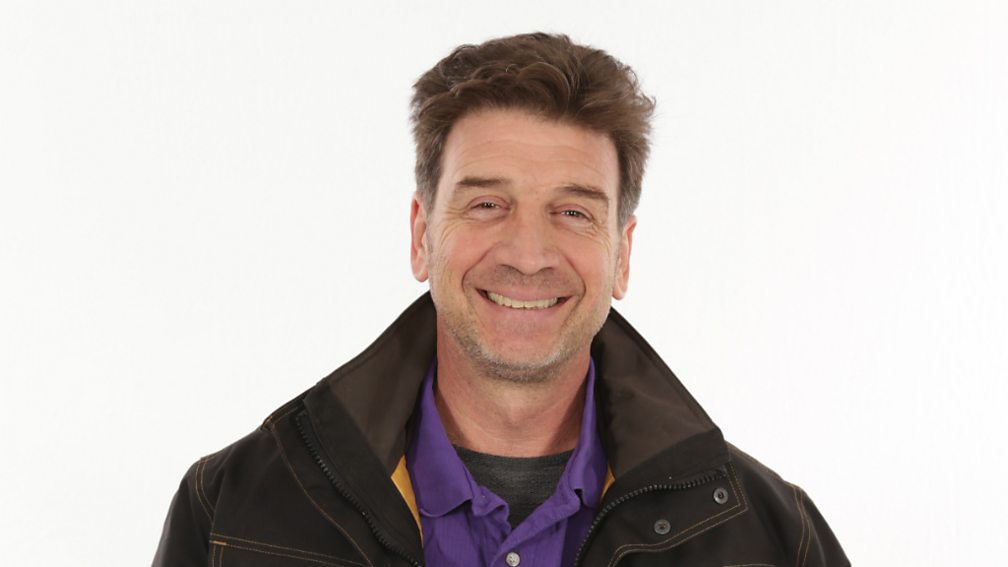 Many musicians may dream of a day when the perception of their work isn't tainted by critics. But as BBC presenter Nick Knowles discovered after releasing his debut album in November, the public's unfiltered feedback can be even more brutal. Best known for presenting DIY SOS, BBC One's most-watched and longest-running prime-time reality series, Knowles has played guitar since the age of 14 and has long dreamed of being a singer.

But when Universal Music put out Every Kind of People - a collection of covers that includes crowd-pleasers such as Here Comes the Sun and What A Wonderful World - the result didn't go down so well on Amazon. "I had the RSPCA knocking on my door too as the neighbours thought they heard a cat being strangled," reads one review, while another simply asks: "How does something like this happen?"

Sadly for Nick, many of the five-star entries are brimming with sarcasm ("Move over Beethoven, the way music is taught in our schools now requires serious reconsideration”), while the more earnest ones have drawn bristling ripostes questioning their sanity. Sprawled across multiple pages, the whole thing quickly descends into a contest for the most pithy put-down - one perhaps best encapsulated by the stand-alone review that simply reads: "Just no."