Black and British: iconic images of our music stars from the BBC archive 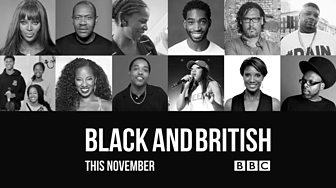 All month, the BBC are celebrating the black British experience with a series of programmes, Black and British, that of course includes music. On TV, for example, there's a special edition of Later... with Jools Holland on 13 November and in Roots, Reggae, Rebellion (11 November), Akala tells the story of how reggae conquered the world in the 1970s and had immense influence in the UK, which in turn threw out a slew of its own roots music bands.

Some of those bands are included in this gallery of musicians, pulled together from the extensive BBC archive. Some you'll know, some perhaps not, but all have played a significant part in the constantly evolving and rich history of pop music in the UK. 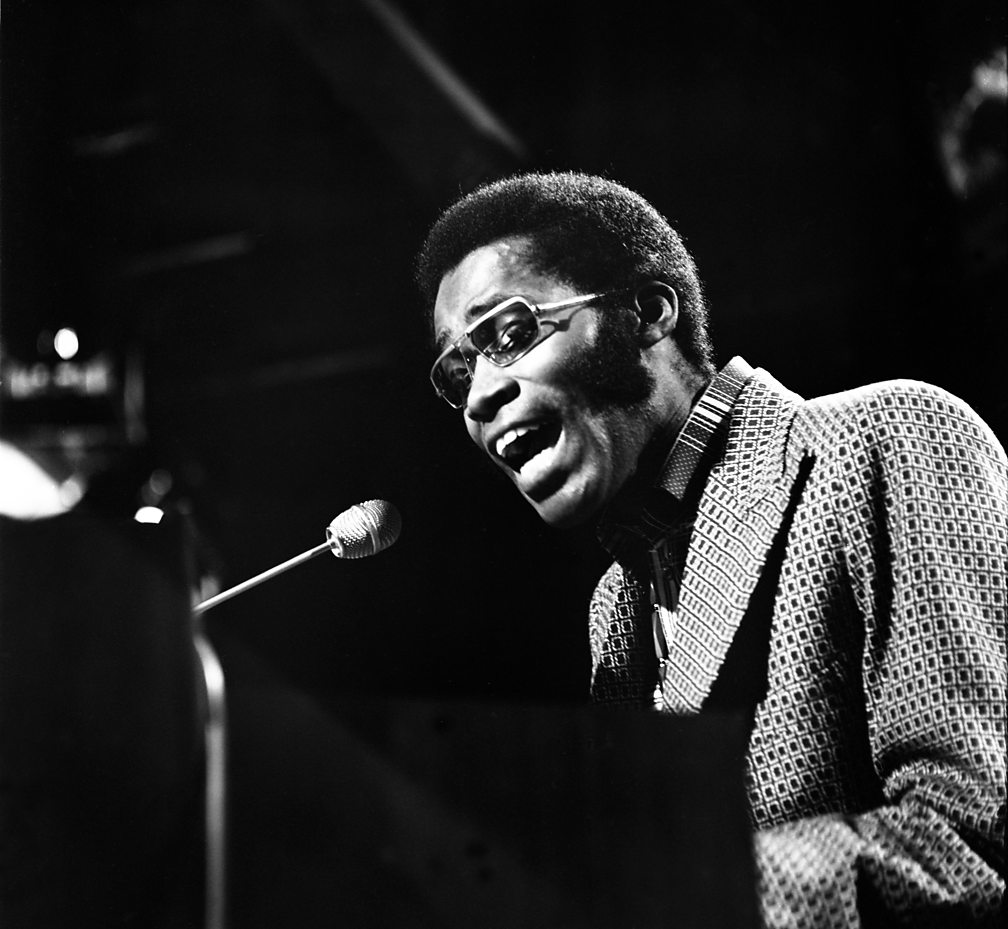 Dandy Livingstone's 1967 rocksteady track Rudy, A Message to You was immortalised by The Specials when they recorded it (as A Message to You, Rudy) in 1980 and it's just one of the many gems that Dandy laid down with a number of different groups. His best-known solo single is Suzanne Beware of the Devil, released on the legendary UK reggae label Trojan. It went Top 20 in 1972, landing Dandy a spot on Top of the Pops, above. 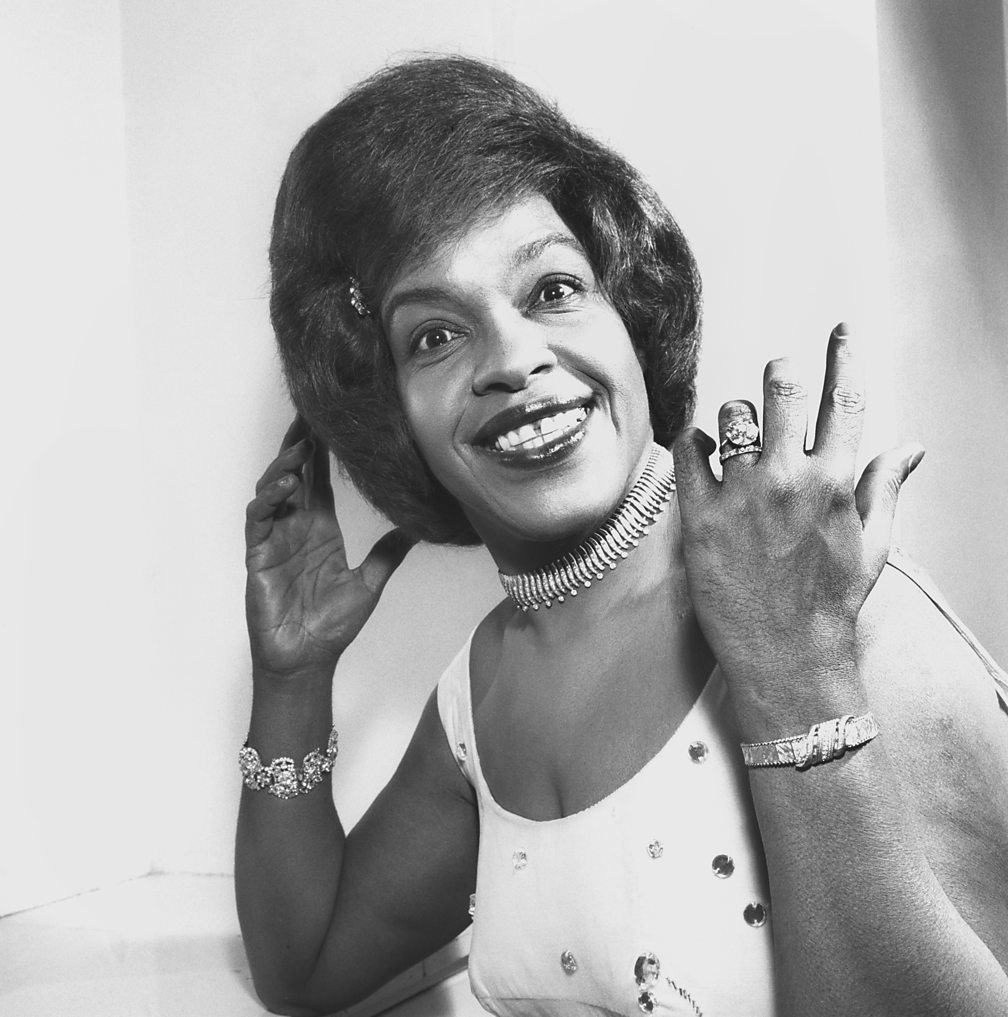 Winifred Atwell was born in Trinidad and Tobago in 1914 and settled in London after the Second World War. She studied piano at Royal Academy of Music, where she became the first female pianist to be awarded the highest grading for musicianship, and that's not the only record she held. In the 50s, she became a star recording ragtime and boogie-woogie songs and is the first black musician - male or female - to have a UK No.1. She's also thought to be the first black artist in Britain to sell a million records. 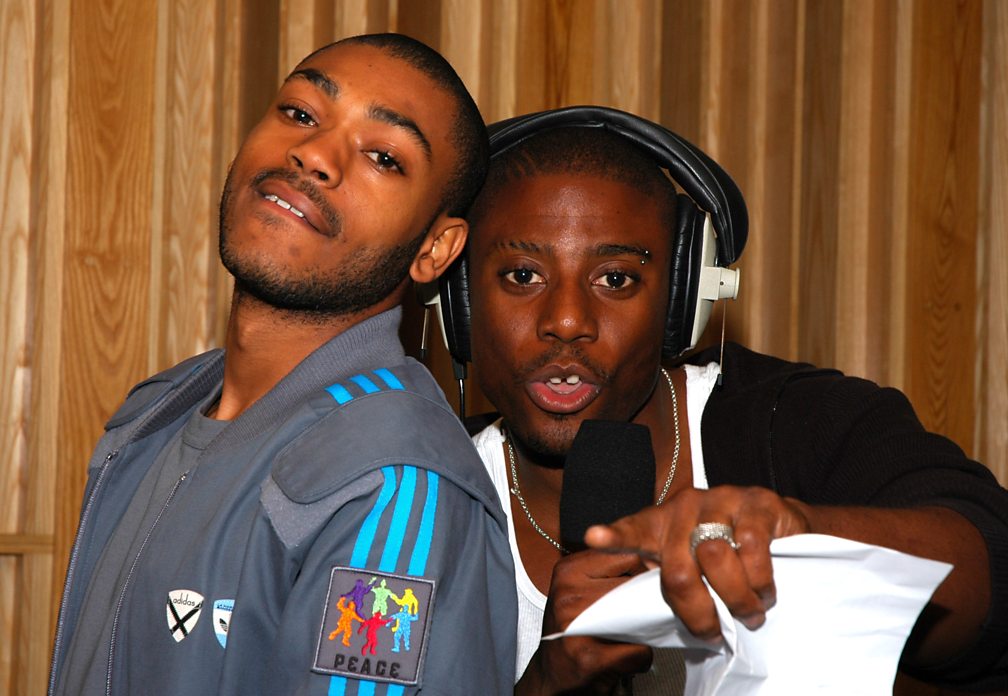 Grime MC Kano, aged 20, with singer Leo the Lion, who also worked with The Streets, in the BBC's Maida Vale Studios recording a session for Radio 1's Live Lounge in 2005. Kano's debut, Home Sweet Home, came out that year and he's still a key figure in grime. His most recent album, Made in the Manor, received a Mercury Prize nomination. 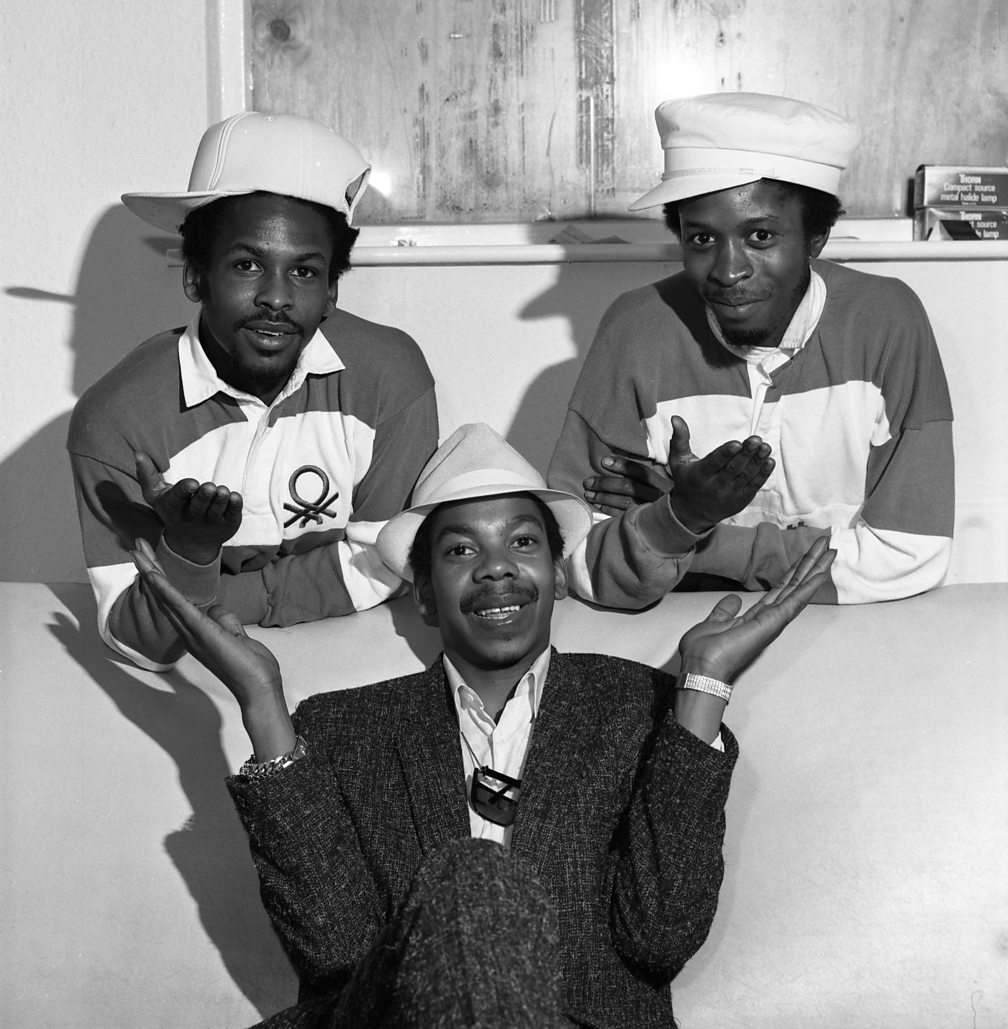 Two of the most memorable British reggae songs of the 80s were recorded by deejay Smiley Culture - Cockney Translation, which hilariously tried to explain East End slang in Jamaican patois, and Police Officer, a comedy song about being arrested that also commented upon the treatment of black British youth by the police. Both were hits and earned Smiley appearances on Top of the Pops, where he was photographed, above. The unusual nature of his death in 2011, aged 48, was reported widely and eventually ruled to be a suicide. 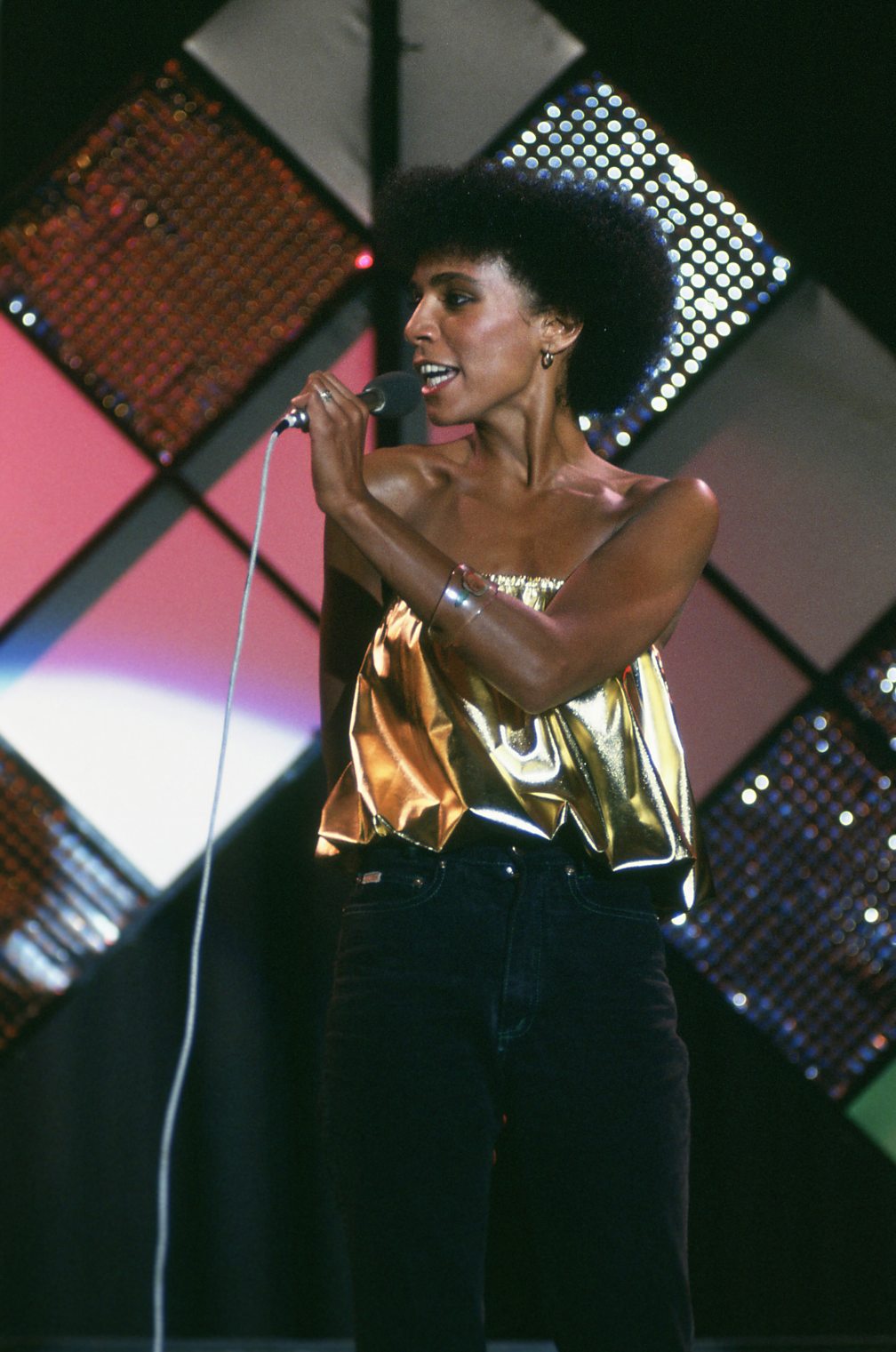 R&B singer Maxine Nightingale began her career in the 60s, didn't have much luck, joined the cast of the musical Hair, then had a million-selling international hit in 1975 with Right Back Where We Started From. Here she is on Top of the Pops in 1978 singing (Bringing Out) The Girl in Me, a great track, but it failed to catch on. In the 80s, she left pop music behind and became a jazz singer. 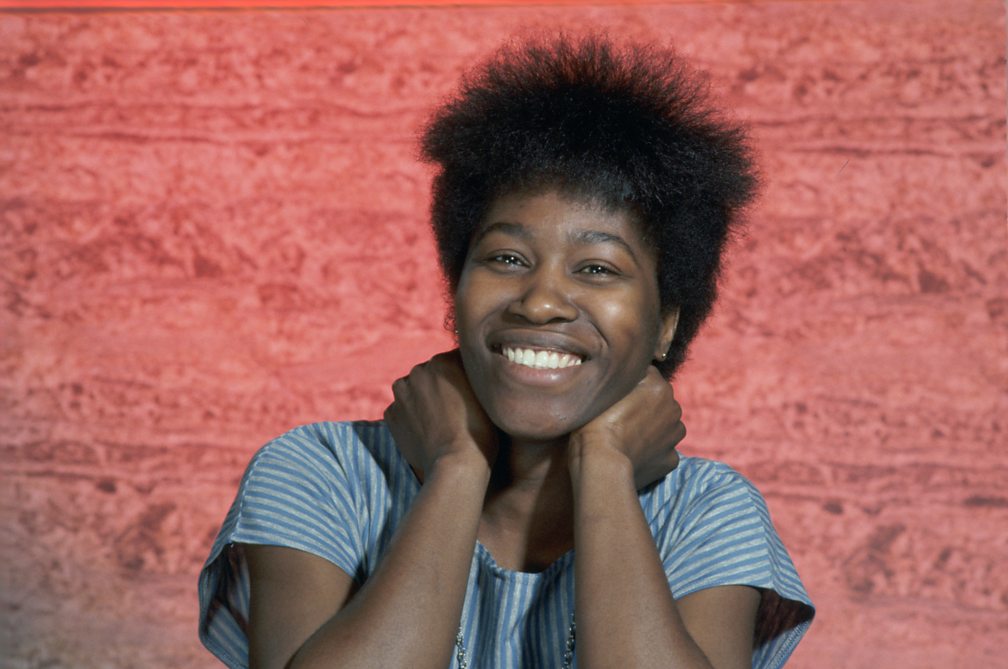 Singer-songwriter Joan Armatrading's long and illustrious history in music began in 1972 with her debut album Whatever's for Us and she's never let up. Her 18th studio album was released in 2012 and she's a three-time Grammy nominee. We don't know the exact date of this wonderful shot, but it's probably from around the time her breakthrough self-titled fourth album came out in 1976. 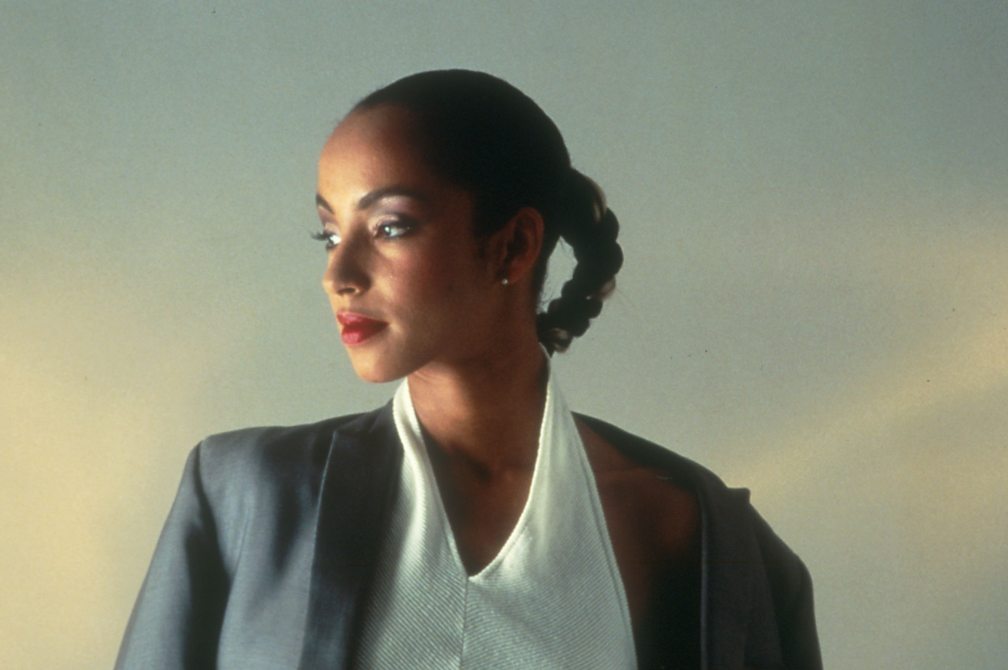 Another Top of the Pops shot, but backstage this time. Essex's Sade became a sensation in the year it was taken with Smooth Operator, a UK No.19 but No.1 in US, where she remains a superstar. All of her albums have gone platinum in America and they've all reached the top three, making Sade one of the most successful British artists of all time. 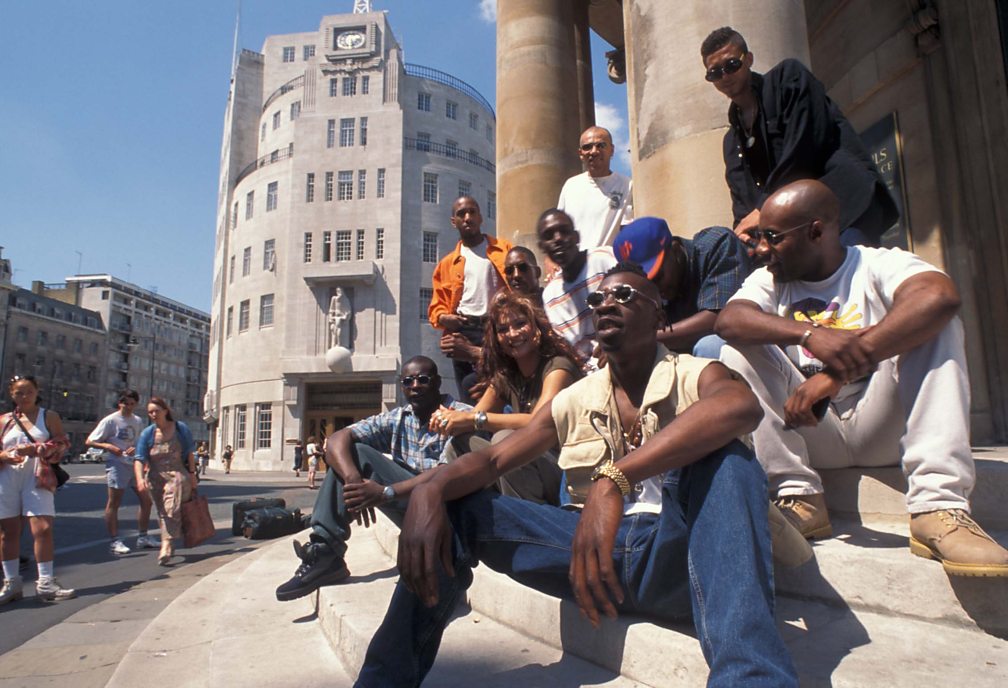 Jungle and drum 'n' bass producers took the heritage of reggae and dancehall in the UK, added rave, and came up with one of the most distinctive forms of British music ever. The new sound blew up in the mid-90s guided by the likes of Goldie and got a specialist show on Radio 1 called One in the Jungle. This fabulous posse shot of the DJs and MCs involved was taken outside All Saints Church, opposite BBC Broadcasting House in London. (Back, left to right) Shy FX, Goldie and Navigator. (Middle left to right) Brockie, Kenny Ken and GQ. (Front left to right) A Guy Called Gerald, DJ Rap and MC Det. 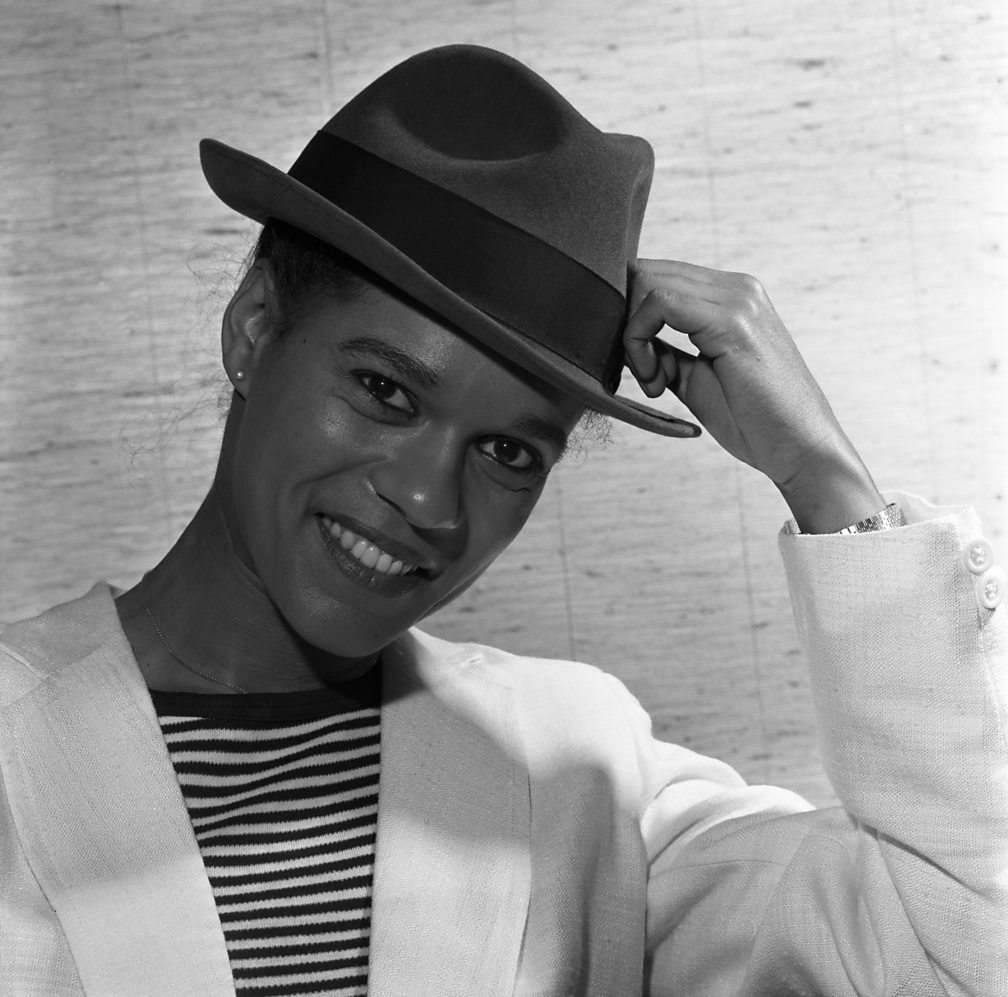 After The Specials, The Selecter are perhaps the best-known of the 2 Tone ska revival bands that emerged from the Midlands in the late-70s and they're still very much around today. Their 1979 debut album, Too Much Pressure, is a landmark record that introduced us to dapper rude girl Pauline Black, photographed here at Top of the Pops in 1980. 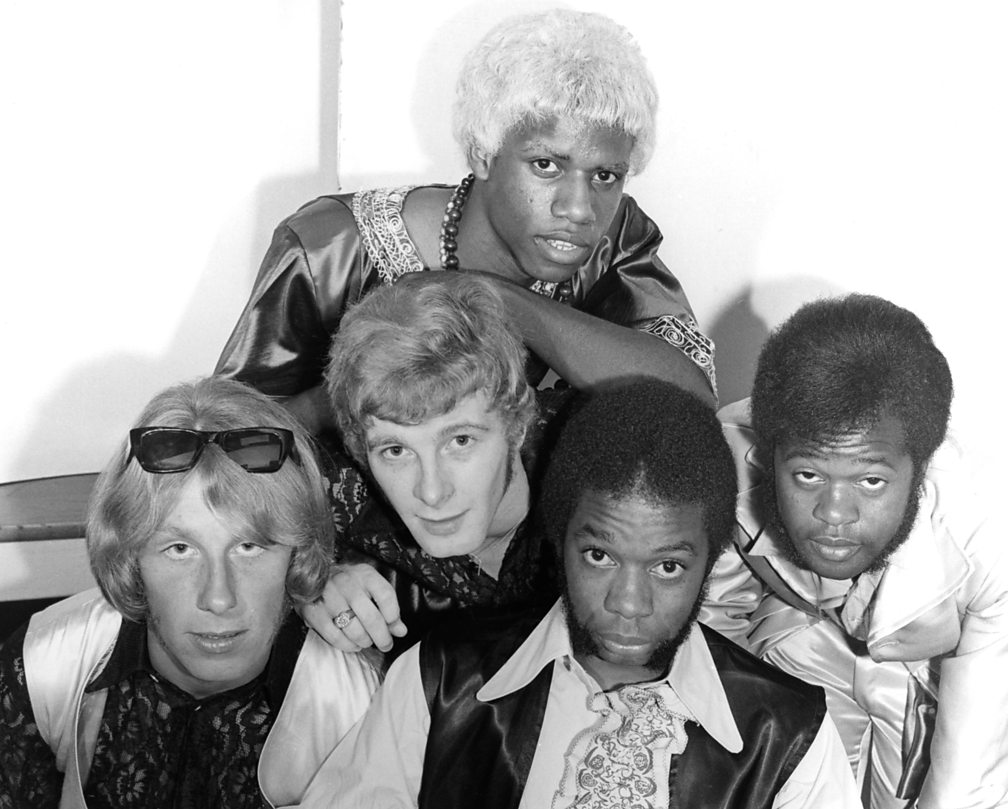 Long before 2 Tone, there was R&B and rock group The Equals, one the few multi-racial bands in Britain in the 1960s. Their song Baby, Come Back - written by band leader Eddy Grant - knocked The Rolling Stones' Jumpin Jack Flash off the top spot in 1968 and was a No.1 again in 1994 for Pato Banton with Ali and Robin Campbell of UB40. Eddy, pictured above with blonde hair, went solo in the 70s and became a huge star in the 80s with reggae-pop and electro-funk hits like I Don't Wanna Dance and Electric Avenue. 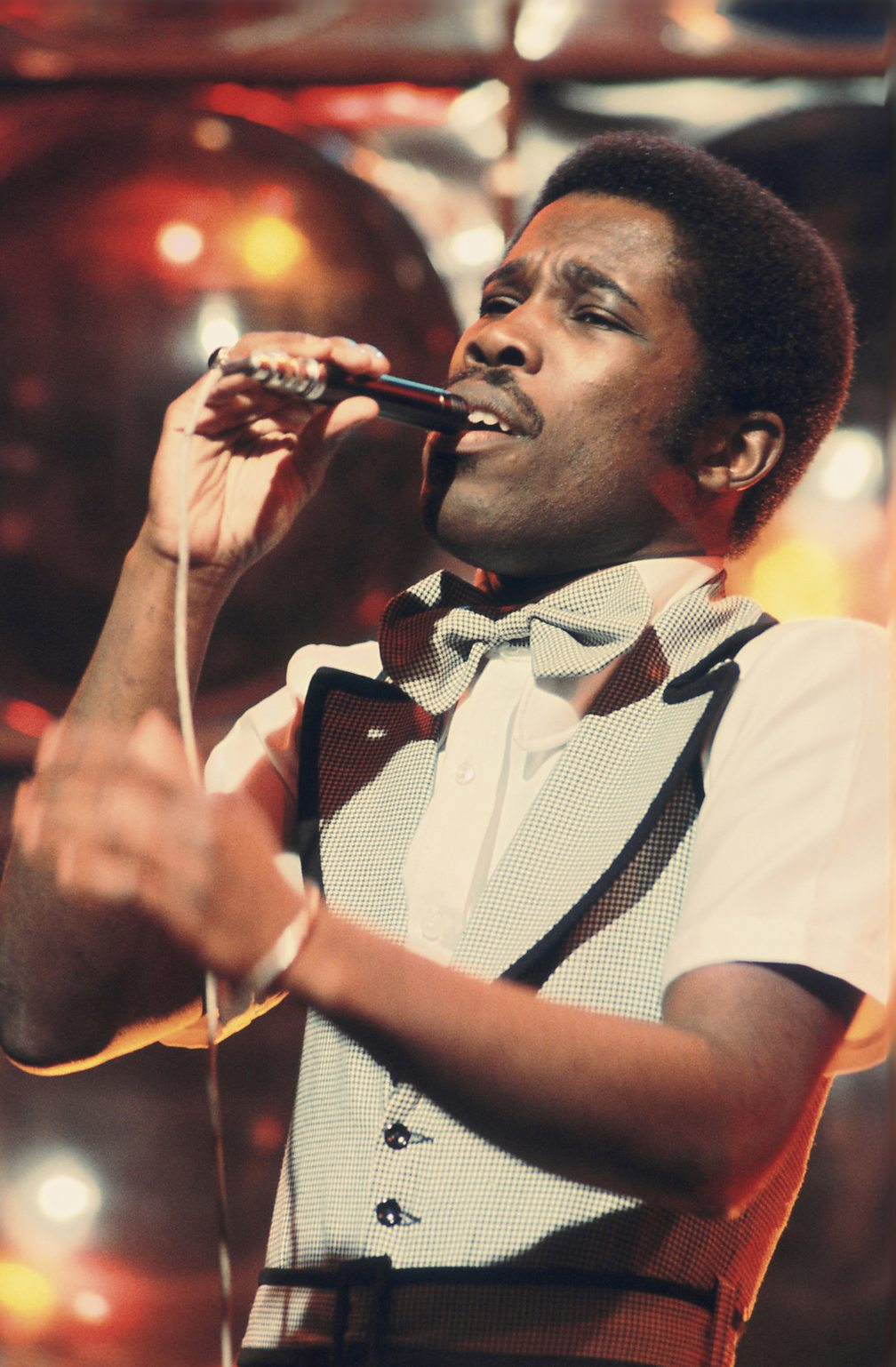 Billy Ocean was born in Trinidad and moved with his family to Essex in 1960 when he was 10. Here he is on Top of the Pops in 1976 singing Stop Me (If You've Heard it All Before) from his self-titled debut album, which gave him three Top 20 hits. His career stalled, then went into overdrive eight years later when Caribbean Queen rocketed to No.1 in the US and began a run of hits, including the global smashes When the Going Gets Tough, the Tough Get Going (1986) and Get Outta My Dreams, Get into My Car (1988). 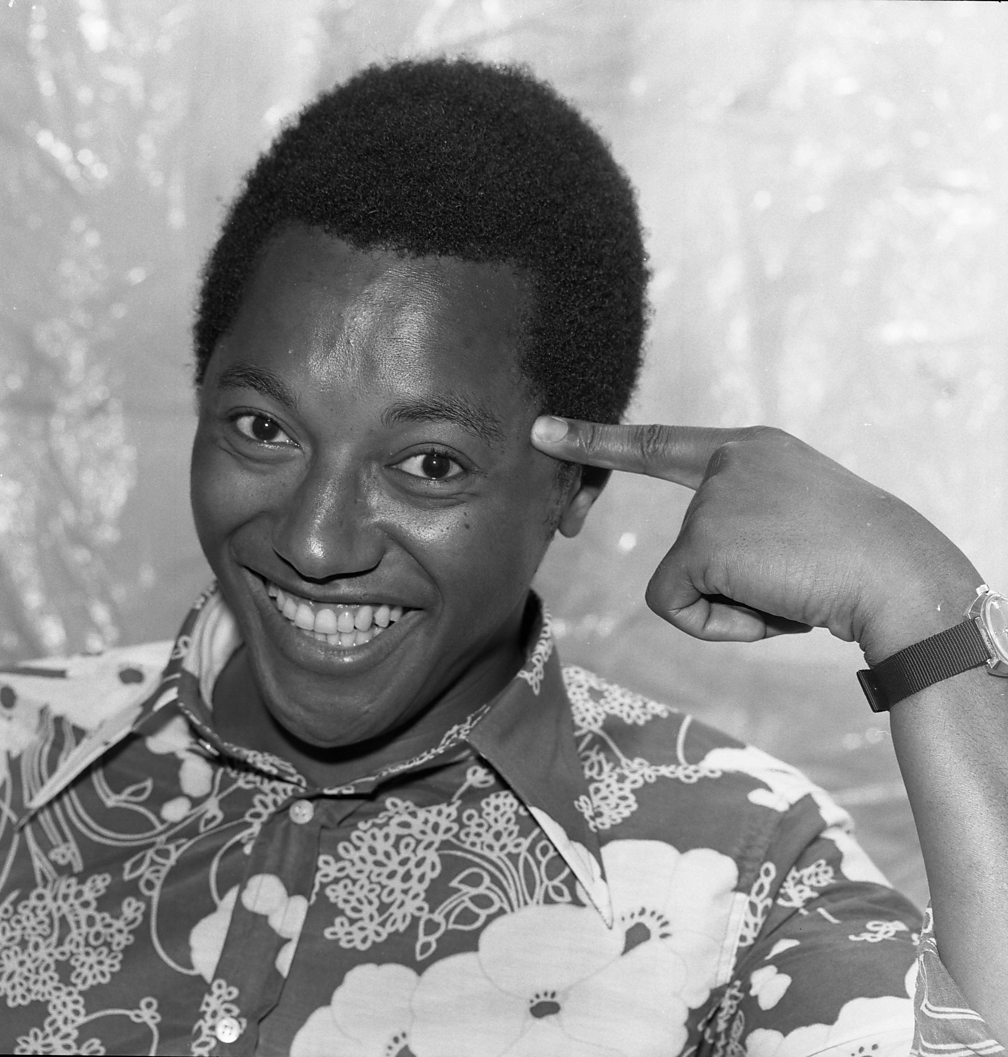 Like Billy Ocean, Labi Siffre would have to wait until the 1980s to have a monster hit. (Something Inside) So Strong from 1987 (also recorded by Kenny Rogers) was inspired both by Labi watching a TV documentary on apartheid in South Africa and his experiences of growing up as a gay man. But you can trace Labi's career back to the early-1970s and a flurry of quality albums, one of which produced It Must Be Love, which Madness covered in 1981. Now 71, Labi is also an acclaimed TV dramatist and poet. 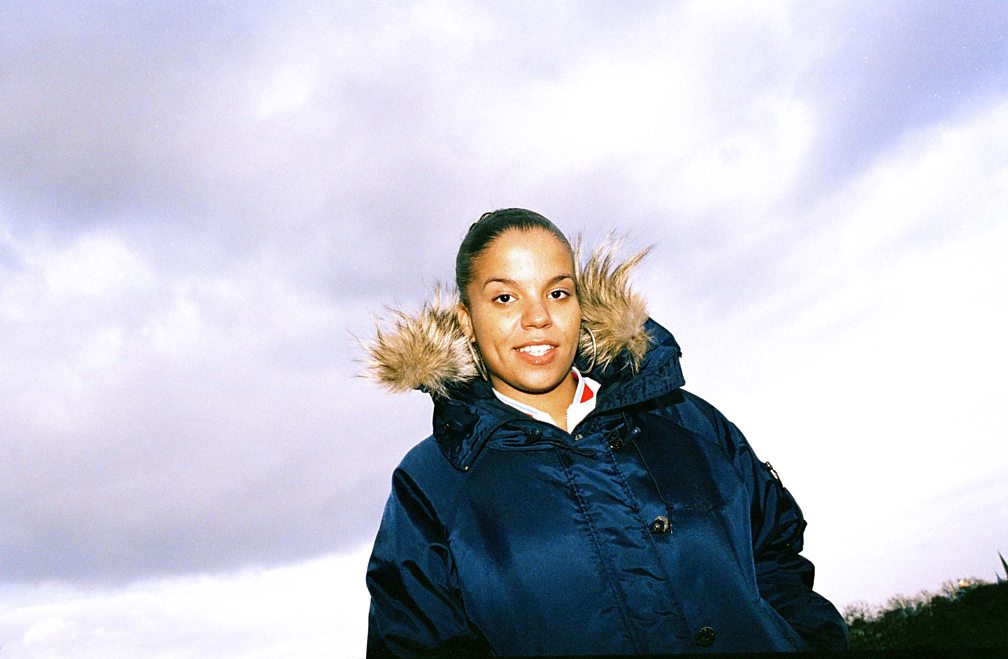 Ms. Dynamite's Dy-Na-Mi-Tee from 2002 is a UK rap/R&B classic and the album it's taken from, the Mercury Prize-winning A Little Deeper, is just as great. A year after its release, the Alan Yentob-presented BBC series Imagine began. One of its first episodes was called The Hip Hop Generation and it featured an interview with Ms. Dynamite, who was also photographed during the making of the programme. 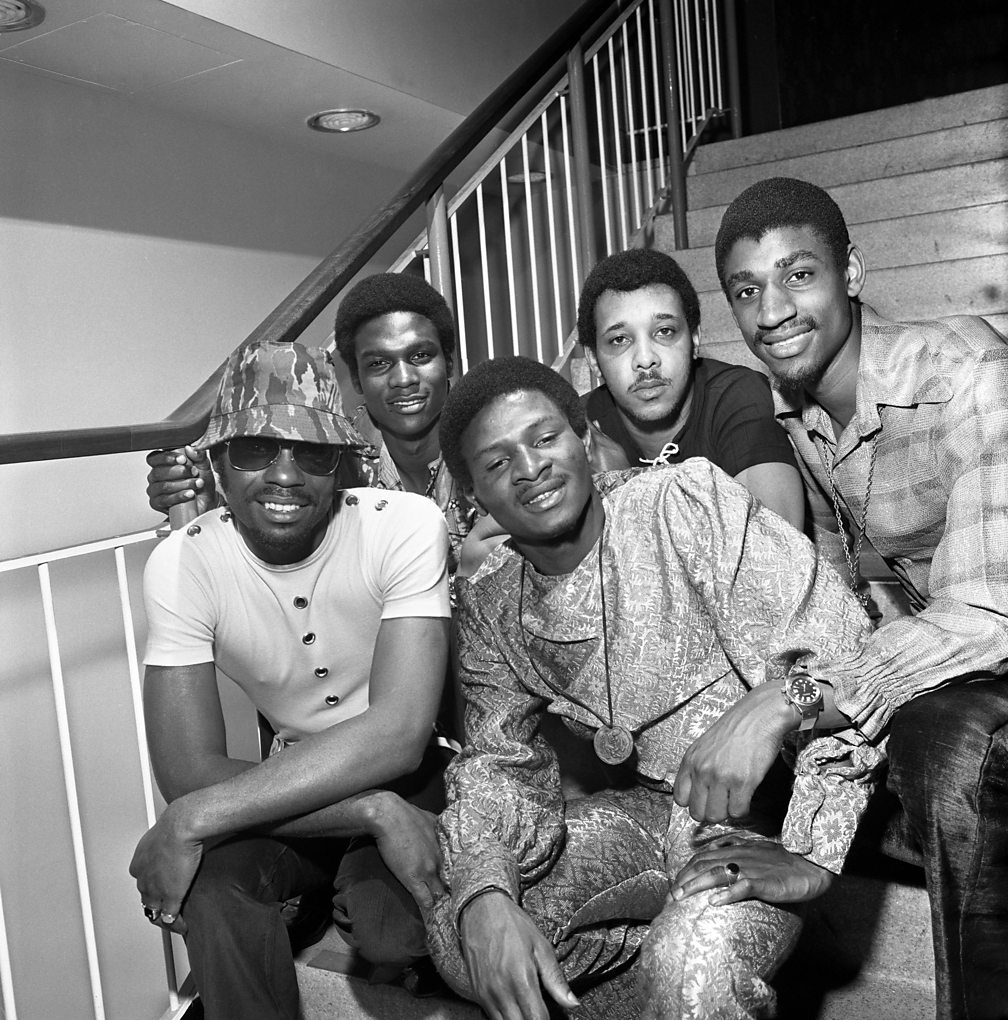 Pop-reggae group Greyhound started out as the The Rudies in the 1960s and had a hit with the peppy Black and White in 1971, which they followed up with a cover of Henry Mancini's Moon River later that year. It proved to be their most successful year; the band split in 1972, having paved the way for the likes of... 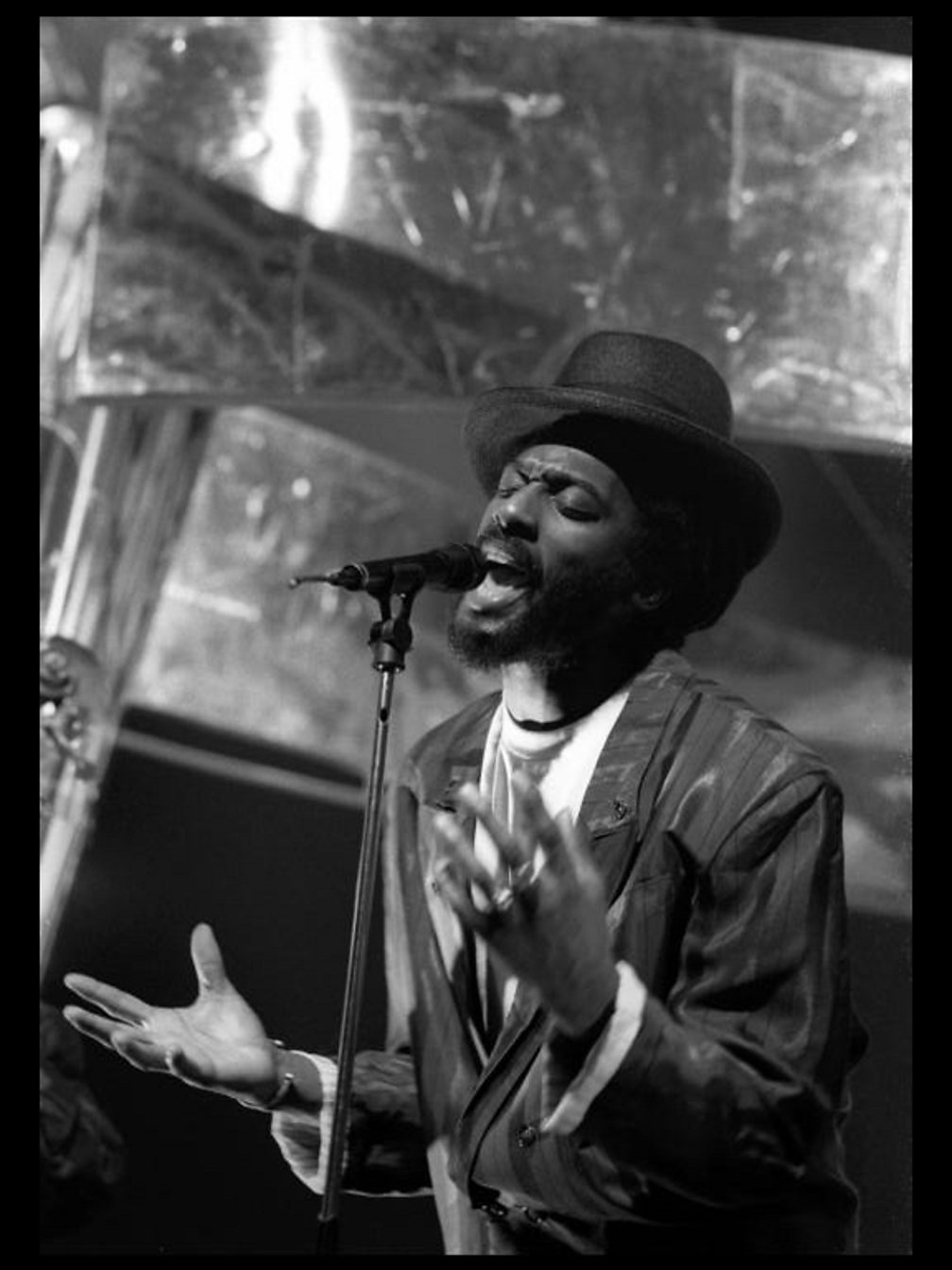 Along with Steel Pulse, Aswad are the most significant of the UK reggae bands that emerged in the mid-1970s, initially releasing roots music distinct from Jamaican reggae insofar as it specifically tackled issues surrounding black youth in Britain. In the 1980s, they added R&B, soul and pop influences to their sound and had a No.1 with Don't Turn Around in 1988. They've now released 21 albums and are still very much on the road. 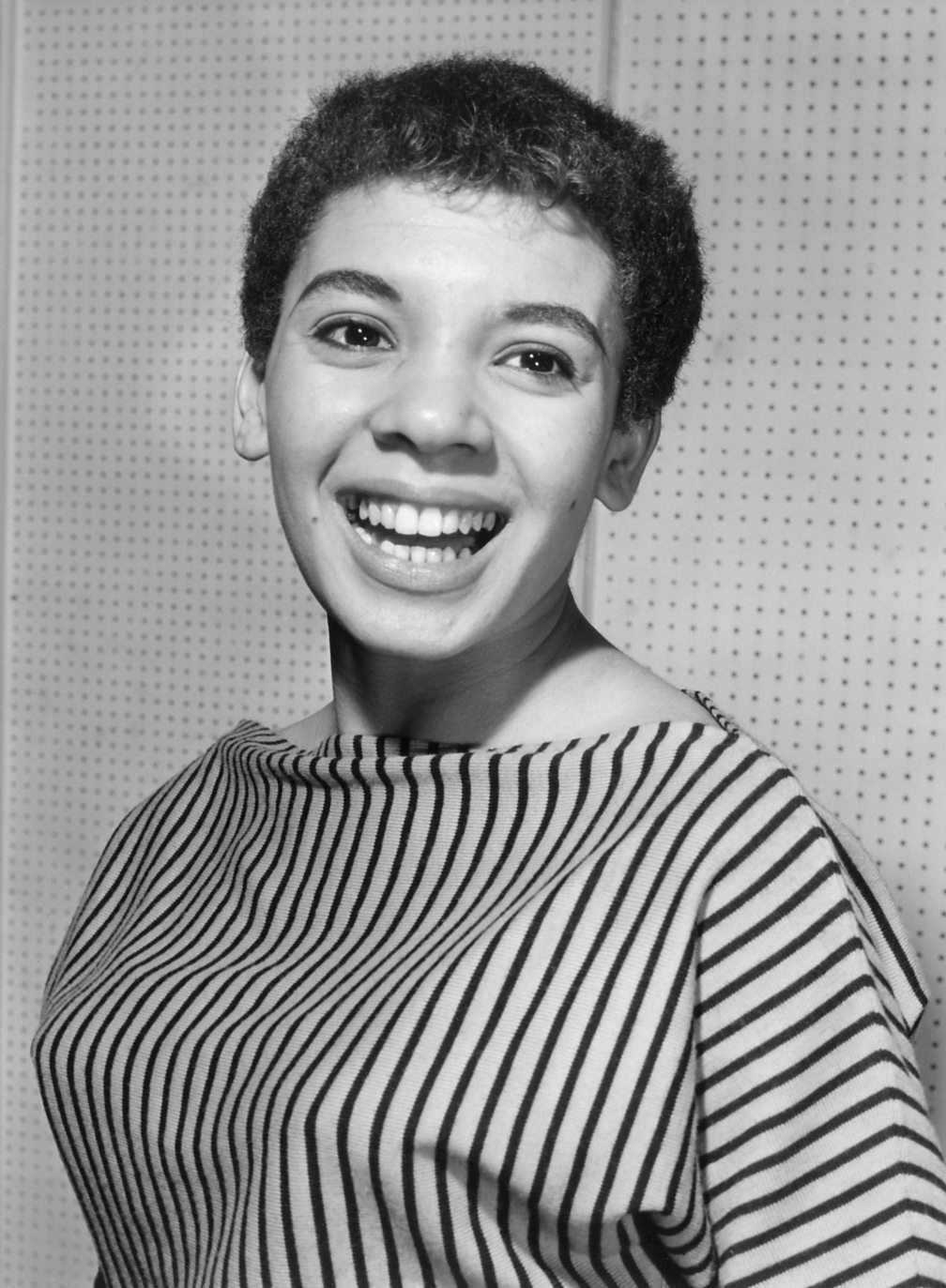 We know Shirley Bassey because of her defining Bond themes, Goldfinger (1964), Diamonds are Forever (1971) and Moonraker (1979), but here she is in 1956, aged 19, right at the beginning of her career. In that year, she released Burn My Candle, a highly suggestive debut single that the BBC banned - much to Shirley's bemusement. "I didn't even know what it was about," she said in 2009. "I'd never sung a risqué song and I think they purposefully didn't tell me so that I could give it that innocence." 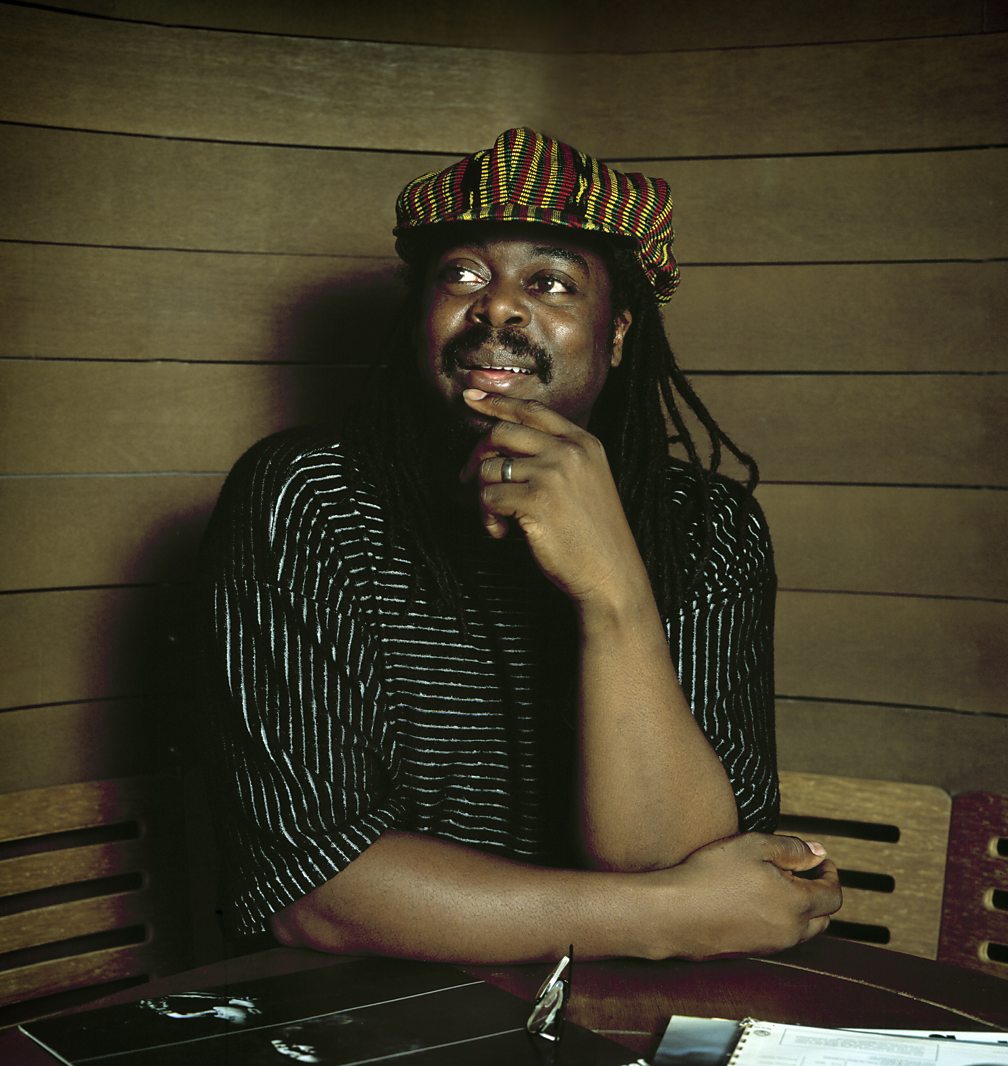 It's always been unfair to define Courtney Pine solely as a jazz musician when his music draws from such a wide range of influences. As he told the Guardian in 2000, "After I got to a certain point with my playing, I thought it [my music] should reflect my culture in a positive way - The Skatalites, Bob Marley, Black Uhuru, sound systems, Shaka, blues parties, Linford Christie; who I am as a UK black." And it was that phrase, UK Black, that became the title of a Radio 2 series on black British music that Courtney presented in 2003. This image is a promo shot for the programmes. 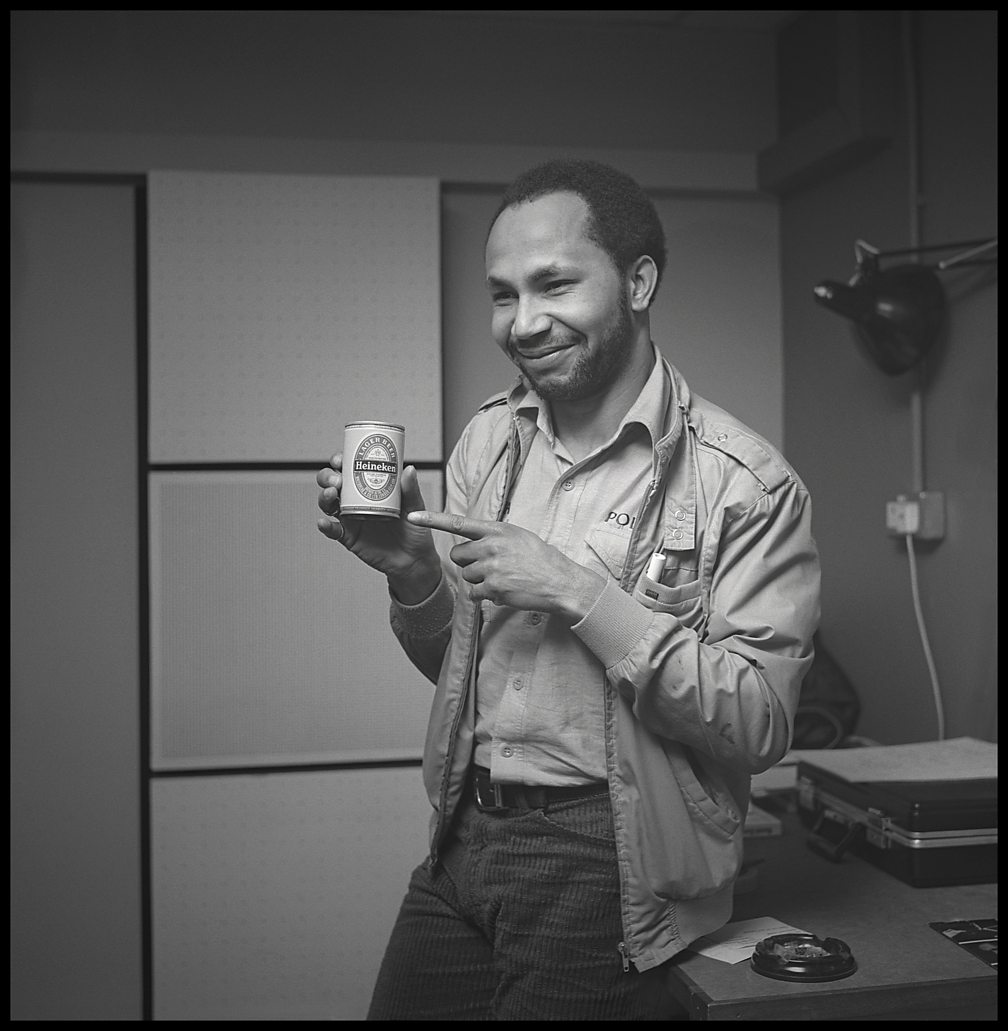 In 1978, BBC Radio London launched a reggae show, Reggae Rockers, hosted by David Rodigan and Tony Williams. Here's Tony in the Radio London studios, clearly thankful that someone's brought in some beer. Tony's still a radio and club DJ, and he's had a notable career as a producer, too. If you've never heard them before, check out cult classics Love Money and It's Over by Funk Masters - both Tony Williams productions from the 80s. 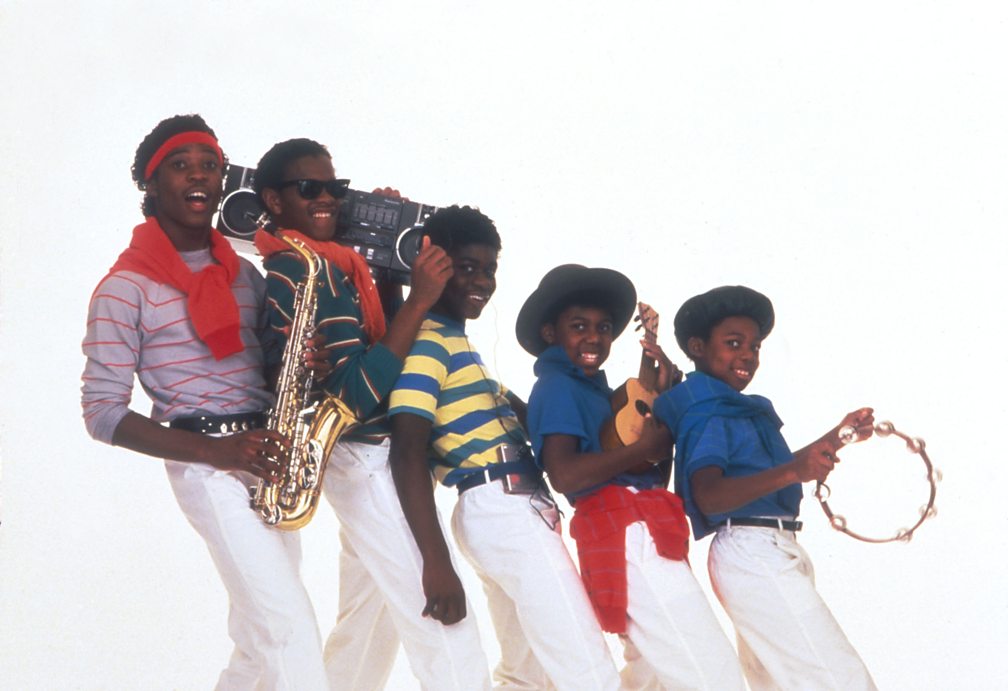 Pass the Dutchie by Musical Youth is one of the most iconic songs of the 1980s - a No.1 here and across Europe that ended up selling some four million copies. It set the Birmingham group up to go global, but they couldn't repeat its success and a year after this photo was taken at Top of the Pops in 1984 they'd disbanded in a blaze of financial and personal problems. They returned in 2001 as a duo comprised of original members Michael Grant and Dennis Seaton. 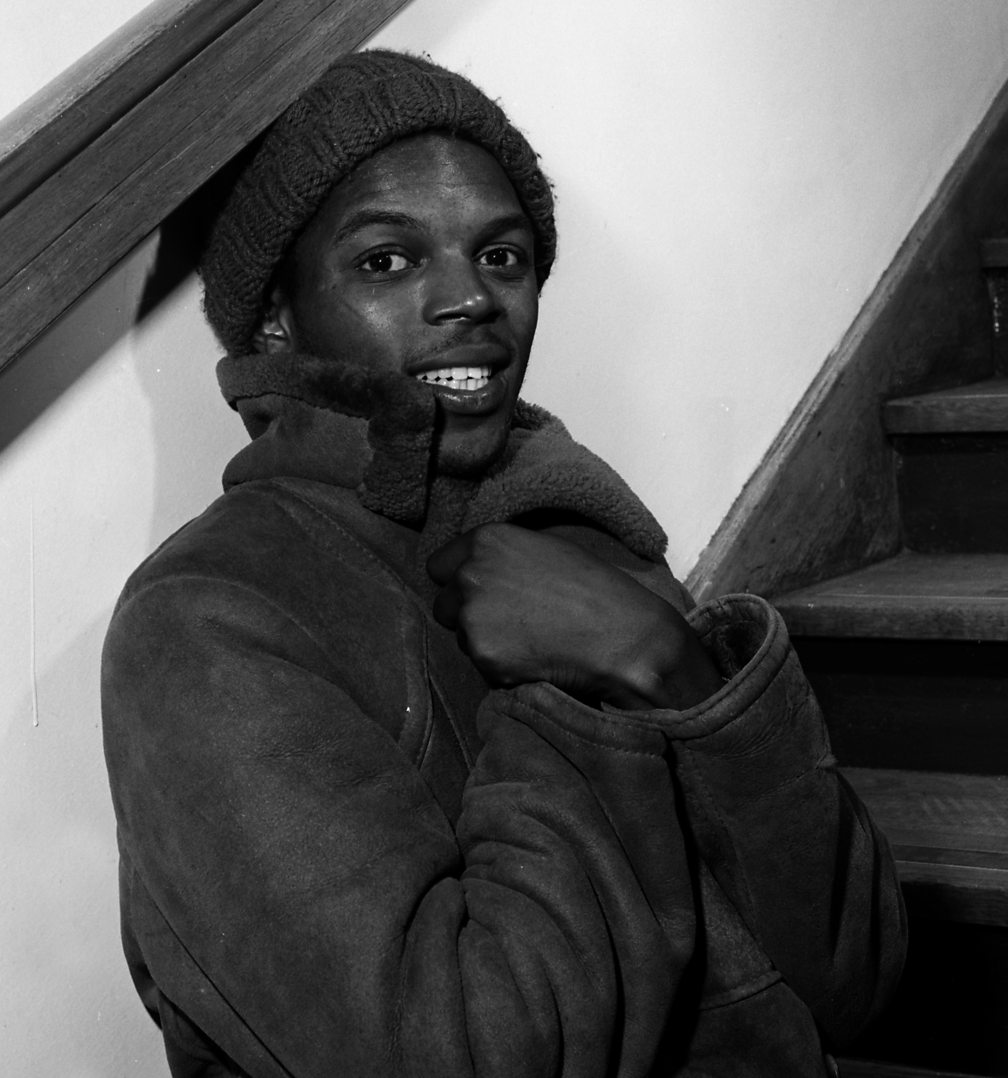 The Beat get included in the 2 Tone bracket, but they weren't on the label and none of the other bands sounded quite like them. Their debut album, 1980's I Just Can't Stop It, is a copper-bottomed classic that threw out three Top 10 singles, including Mirror in the Bathroom. Here's vocalist Ranking Roger from the group at Top of the Pops in 1980. After The Beat split in 1983, he formed supergroup General Public alongside fellow ex-Beat member Dave Wakeling and released two solo albums. These days, Roger leads The Beat again. Confusingly, Dave fronts a US version of the group, The English Beat. 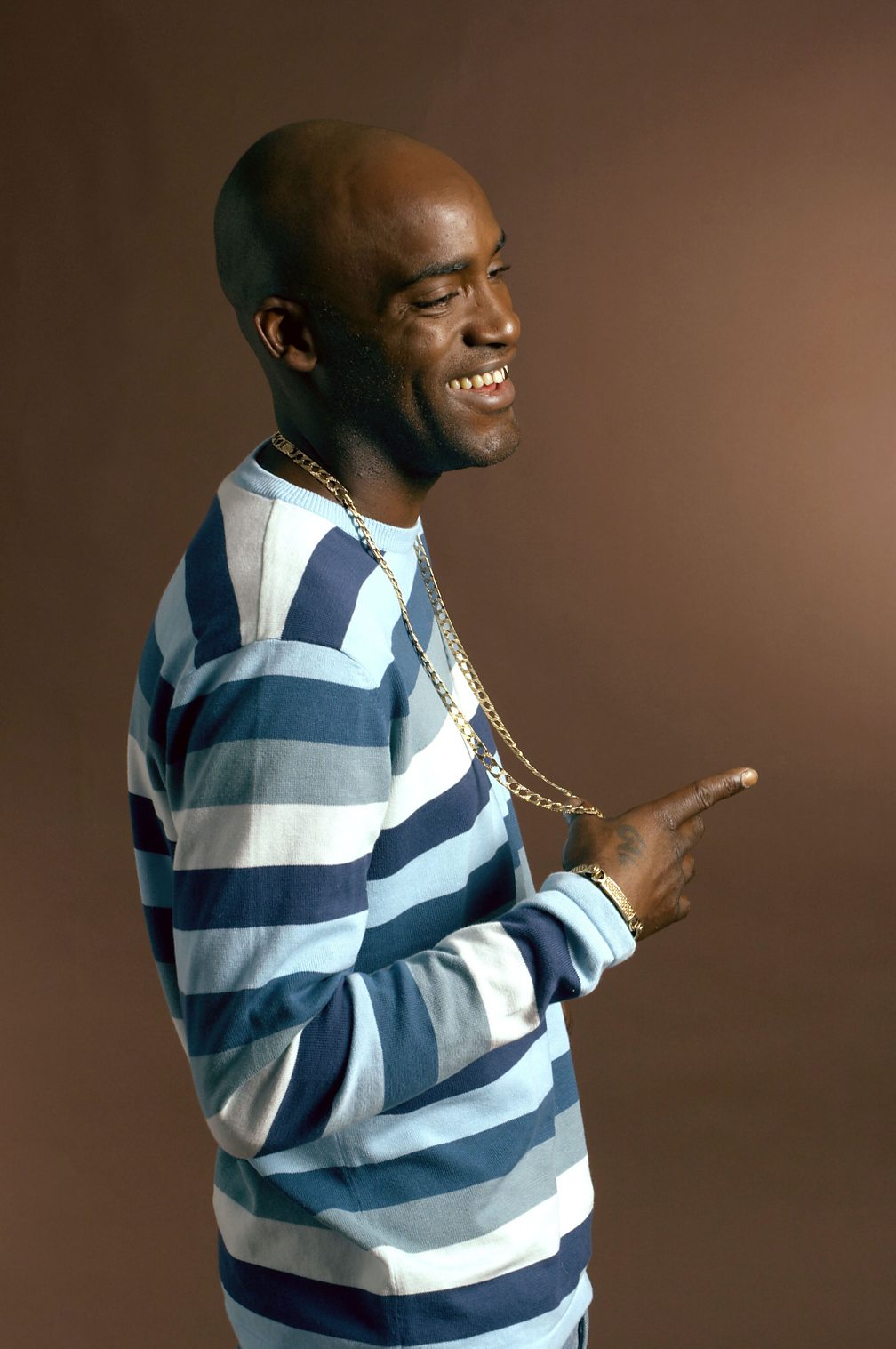 London Posse gave hip hop music a British identity in the late-80s, then released perhaps the best UK rap song of all time in 1993, How's Life in London. Key to their identity and success was the lyrical expertise of rapper Rodney P - perhaps the most-respected UK rap music MC along with Roots Manuva. This is a 2006 promo shot for Rodney's 1Xtra show with producer and DJ Skitz, which ran on the station for five years.