Questions of authenticity have been a part of pop music going back to its earliest days. Does Elvis strike lower on the artistic register than, say, The Beatles because he didn't write his own material? And what's the difference between The Beatles, The Monkees, Sex Pistols and One Direction, all of whom you could argue were the creations of canny managers with advanced understandings of marketing?

Perhaps more than any other art form, music celebrates both the authentic and the synthetic, but there is a line. Or is there? These six tales certainly run close to it, sometimes raising questions of legality. They were hoaxes - intentional deceptions - but were they in the spirit of showbusiness? We'll leave you to decide. 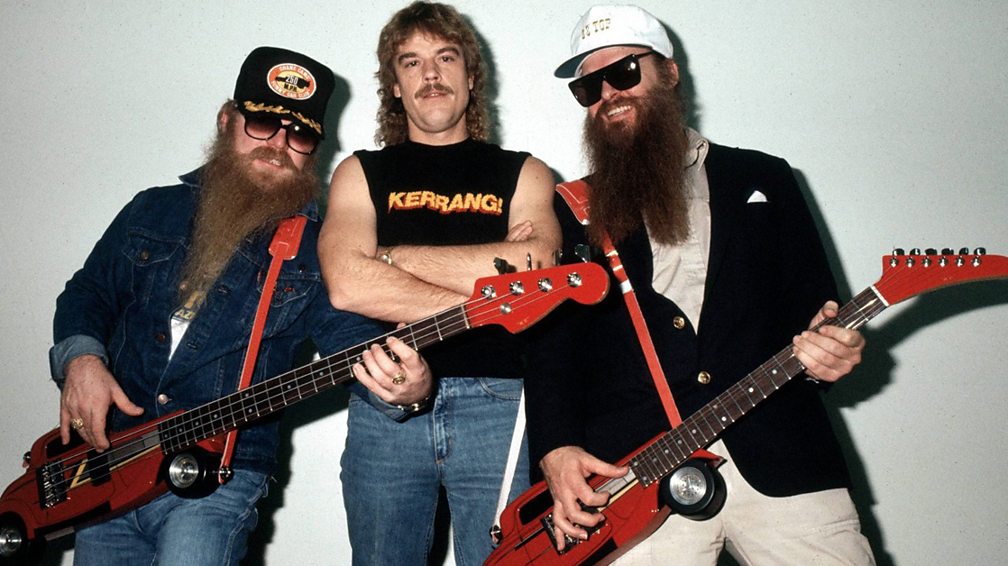 The illusion: British rock band The Zombies form in 1962 and have a hit in both the UK and US with 1964's She's Not There. Buoyed by enthusiasm for British Invasion bands, they have another Top 10 US hit later in 1964 with Tell Her No, although it fails to make the Top 40 in the UK. Then they fizzle out - until 1969, when they strike gold again in America with Time of the Season, a No. 3 smash. They promptly head out on tour again across America, keen to cash in on the second wave of interest in the band.

The reality: All of the above is true, except the last sentence. Or rather, two groups purporting to be The Zombies toured the US in 1969, but neither were the actual Zombies - and one of them contained two future members of ZZ Top, Dusty Hill and Frank Beard. As for the actual Zombies - they'd split up in December 1967 and were initially unaware that their US label had released Time of the Season in March 1969. The ruse - the work of a management company called Delta Promotions - is brilliantly detailed in a recent BuzzFeed longread, The True Story Of The Fake Zombies, The Strangest Con In Rock History [contains adult language], and it doesn't end well. Both fake Zombies were rumbled, as were other attempts by Delta to send imposter bands out on the road.

[WATCH] A harrowing audition for B Production, from The Great Hip Hop Hoax

The illusion: Two rowdy rappers from California, Silibil and Brains, are discovered in London in the early-2000s by an Island Records A&R at their first-ever UK show. He suggests they contact major-league talent manager Jonathan Shalit, who signs the duo and secures them a record deal with Sony for a reported £250,000. They start to make serious waves in the UK - appearing on MTV in 2004 and supporting the Eminem-associated Detroit rap group D12. Changes behind the scenes at Sony result in a delay to the release of their debut album, during which time Silibil leaves the group, scuppering Brains' chance of hitting the big time.

The reality: Silibil and Brains weren't American - they were two lads from Dundee, Gavin Bain and Billy Boyd, masquerading as genuine Californian rappers. Initially, as the above clip from the excellent Jeanie Finlay-directed Storyville film The Great Hip Hop Hoax reveals, they were a trio known as B Production and written off as "the rapping Proclaimers" at an audition in London. Devastated, they reinvented themselves as Silibil N' Brains, returned to London and spent three years in character, fooling Shalit and Sony. Boyd tired of the hoax and returned to Scotland. In 2013, the success of The Great Hip Hop Hoax led to the group reforming and releasing an EP.

Platinum Weird - Will You Be Around

The illusion: Before he finds success with Annie Lennox in Eurythmics, Dave Stewart forms a band, Platinum Weird, with American singer Erin Grace, whose voice and style influences Fleetwood Mac's Steve Nicks. In 1974, they begin recording an album, but it's never completed. Devastated by the death of English folk singer Nick Drake, Grace drops out of music and runs off with Elton John's boyfriend. Years later, Stewart is working with Grammy-nominated songwriter Kara DioGuardi. He plays a Platinum Weird song and, to his surprise, DioGuardi knows it. She'd learned the words from a songwriting mentor, who was her neighbour growing up - Erin Grace. Stewart decides to release the lost 1974 Platinum Weird recordings, accompanied by a VH1 documentary about the album's curious backstory. Lennox, Elton John, Mick Jagger, Christina Aguilera and Ringo Starr all speak affectionately about their love for the cult band.

The reality: In 2004, Stewart and DioGuardi, a writer for pop acts, were working on songs for the The Pussycat Dolls. The material they came up with was Fleetwood Mac-like - not right for The Pussycats, but their label boss, Interscope's Jimmy Iovine, liked the songs and suggested they continue their collaboration. It was Iovine who suggested they cook up a fanciful backstory to draw more attention to their 2006 album. Stewart based the character of Erin Grace on an actual America singer he'd met in Amsterdam in the 70s, but all Platinum Weird songs were new and featured DioGuardi singing. And as preposterous as the story seems now, the all-star-cast mockumentary gave it credence, as did the setting up of a fake website and making a video for single Will You Be Around (above). It was an elaborate, costly hoax, and also short-lived - the day the mockumentary aired in 2006, Stewart came clean.

[WATCH] BBC Storyville - Orion: The Man Who Would Be King (trailer)

The illusion: In 1978, a year after Elvis died, the label that first released his music, Sun Records, puts out a duet version of a Jerry Lee Lewis solo single from 1961, Save the Last Dance for Me. The other voice on the single - and other duets that followed from the Sun back catalogue - is initially unnamed, but he sounds uncannily like Elvis. Were these unreleased Elvis tracks? Sun encourages ambiguity, eventually saying the singer is a mysterious, masked figure called Orion, who also happens to be the name of a character in a recently published book about a rock 'n' roll star becoming a prisoner of his own fame and faking his own death. Orion captures imaginations, fuelling conspiracy theories that Elvis isn't dead. A slew of Orion albums follow, the first of which is called Reborn.

The reality: The bizarre case of Orion, told in another extraordinary Jeanie Finlay-directed Storyville film, Orion: The Man Who Would Be King, is a truly cynical episode in the history of rock 'n' roll. The pioneering founder of Sun Records, Sam Phillips, had sold the label and its catalogue to the unscrupulous Shelby Singleton in 1969. In the wake of Elvis's death, Singleton exploited both fans who were grieving their idol and an ambitious journeyman singer called Jimmy Ellis, a vocal doppelgänger for Elvis. Ellis achieved the fame he'd sought, but he became increasingly uncomfortable playing the character of Orion - ripping off the mask in 1983, only to find that few people were interested in plain old Jimmy Ellis. Orion himself was reborn in the 90s, until Ellis's death in 1998. He was murdered during a robbery at the pawn shop he owned in Alabama.

Read more: Q&A with Orion: The Man Who Would Be King director Jeanie Finlay 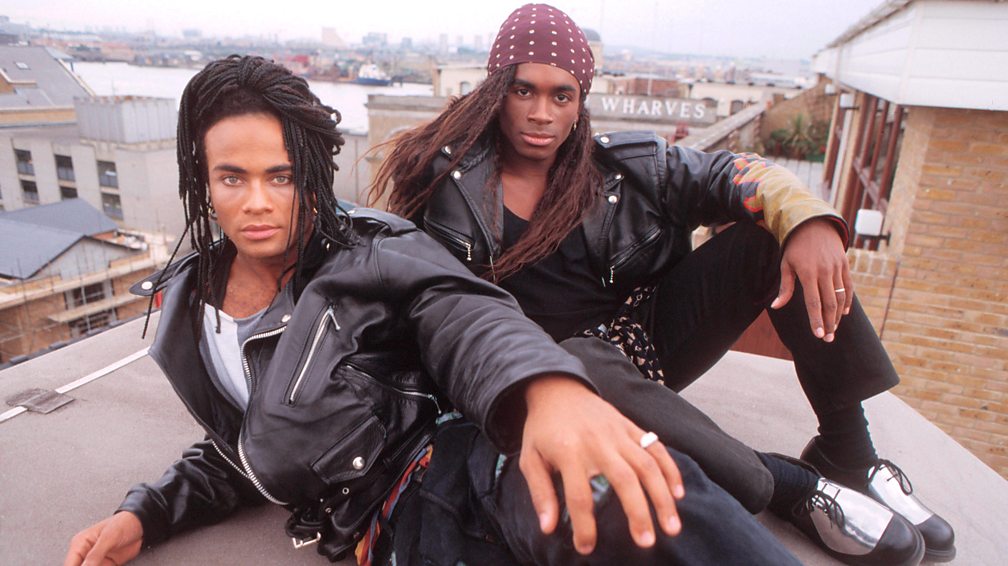 The illusion: Two handsome R&B/pop singers from Munich, Fab Morvan and Rob Pilatus, launch their career with a Europe-only album, All or Nothing, in 1988. The album is picked up by Arista in the US and re-titled Girl You Know It's True after its lead single - a Top 3 hit in the UK and US. Milli Vanilli's next three singles are all US No.1s, and they win the Grammy Award for Best New Artist in 21 February 1990, seemingly on the brink of becoming one of the world's biggest groups.

The reality: Using behind-the-scenes songwriters and lip-synching at live performances are hardly big news in pop; the scandal that engulfed Milli Vanilli blew up after it was revealed that the duo hadn't even sung on their records. In effect, they were stooges for German producer and songwriter Frank Farian, also the creator of 70s disco-pop group Boney M. Their descent was as swift as their rise. Their Grammys were returned four days after Farian was forced to own up to his con in November 1990. An album credited to The Real Milli Vanilli, featuring the actual singers, was released in 1991, but Morvan and Pilatus's attempts to forge a career as themselves were unsuccessful. 1993's Rob & Fab sold just 2,000 copies and bankrupted its label. Tragically, five years later just as the duo were about to embark on a promotional tour for a new album, Pilatus was found dead after a suspected overdose. Back and in Attack was never released. 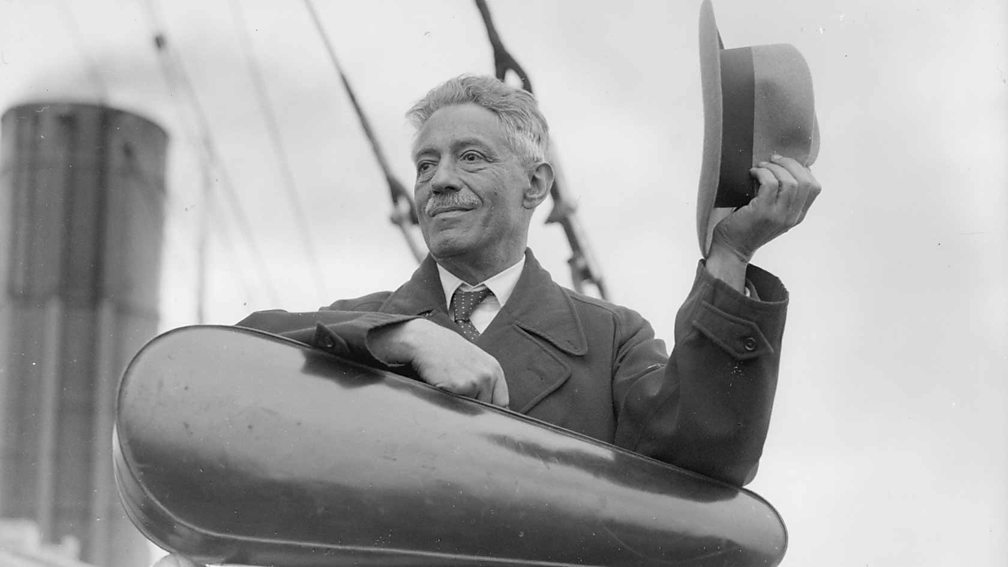 The illusion: While touring Europe at the turn of the 20th century, Austrian-born virtuoso violinist Fritz Kreisler unearths a number of great unheard works by past masters like Bach, Vivaldi and Pugnani (and lesser names) in such places as libraries and monasteries. Delighted with his discoveries and keen to find an edge over his violin-playing rivals, Kreisler plays these pieces in what quickly becomes the signature part of his performances. Over time, the works become part of the classical musical repertoire.

The reality: The pieces were not 'discovered' by Kreisler; he wrote them himself, and lied to help secure an audience for his own work (and because he enjoyed a joke). The deception might well have gone undetected if a New York Times critic hadn't casually asked him in 1935 whether he in fact hadn't composed the now-famous pieces. His response was equally casual; he said, "The name changes, the value remains," and although the scandal caused fierce debate at the time (it made the front page of the New York Times), Kreisler's reputation remained intact. He's still regarded as one of the finest violin players of all time, and we found out he was also a fine writer to boot.