50 years ago this month, The Beatles released Strawberry Fields Forever - a song that ushered in the psychedelic era and changed the course of popular music forever. But have you ever heard the Latin ska version featuring Blondie’s Debbie Harry? Few would argue it improves on the original, but it certainly brings something different to the table.

As the most popular band in history, The Beatles are also the most covered. Many versions of their classic songs have been attempted in a whole gamut of styles, moods and even languages - often with results that Lennon and McCartney (and Harrison and Starr) could never have imagined. Here are some of the most unusual.

Strawberry Fields Forever is one of The Beatles’ most idiosyncratic songs, heavy on obscure instruments such as the mellotron and the swarmandal, and spliced together woozily by super-producer George Martin from two wildly different takes in different keys. But that hasn’t stopped legions of other artists having their own crack at it, from Peter Gabriel to Marilyn Manson. Baggy chancers Candy Flip even took their raved-up version to No. 3 in 1990. However this 1995 effort by Argentinian ska band Los Fabulosos Cadillacs - featuring Debbie Harry singing in English - stands out for its foolhardy attempt to mash together at least four different musical traditions in the same recording. We're not in Liverpool any more, Ringo.

2. Lucy in the Sky with Diamonds by William Shatner 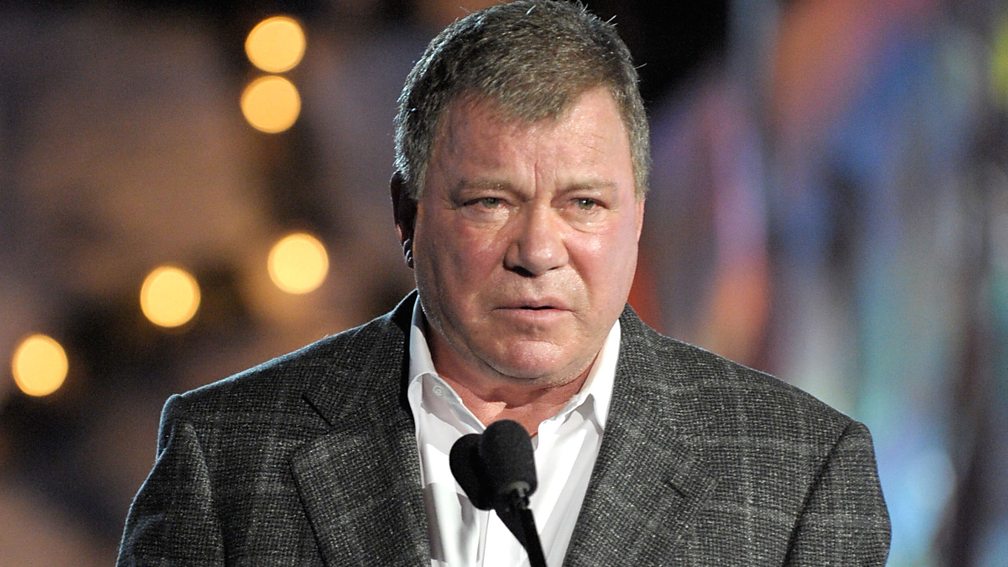 Once voted the worst Beatles cover of all time, Captain Kirk’s shambling spoken-word cover of Sgt. Pepper’s psychedelic centrepiece has long been a focus of ironic appreciation. But it’s worth hearing again for just how genuinely weird it is, with Shatner hamming it up to a ridiculous degree - even by Star Trek’s exceptionally hammy standards - in an attempt to fully convey the altered dimension experience. Shatner didn’t single out The Beatles; his 1968 musical odyssey The Transformed Man featured an equally upsetting dismemberment of Bob Dylan’s Mr Tambourine Man, while in recent years, and with a tad more self-awareness, he’s doled out similar treatment to Eminem’s The Real Slim Shady and Pulp’s Common People.

As one of the most covered songs in history, Eleanor Rigby has been re-rendered in numerous different musical styles from hip-hop to big band jazz, most completely unsuitable for the song’s sombre subject matter. But Eleanor Rigby actually works pretty well as a headbanging rock chug, a fact first discovered by late-70s proto-metal band Ethel the Frog and also picked up on by Californian post-hardcore band Thrice. But by far the greatest hard rock cover of Eleanor Rigby is by Twisted Sister’s Eddie Ojeda and Dee Snider, whose snarling, accusatory tone - “WHO IS IT FOR?!” - makes it clear that we’re all responsible for Eleanor’s lonely death. Because life lessons are always more powerful when delivered by a screeching poodle-rocker in a leather waistcoat.

A childlike crooner with a ukelele and a wobbly falsetto, Tiny Tim was one of the odder pop sensations of the late 60s. Famous enough that his marriage was watched on TV by an audience of 40 million people, he fraternised with all the big stars of the day, including The Beatles, who invited him to perform on their 1968 fan club Christmas disc. Encouraged by George Harrison, Tim offered this fragile, otherworldly take on Nowhere Man.

5. While My Guitar Gently Weeps by Wu-Tang Clan 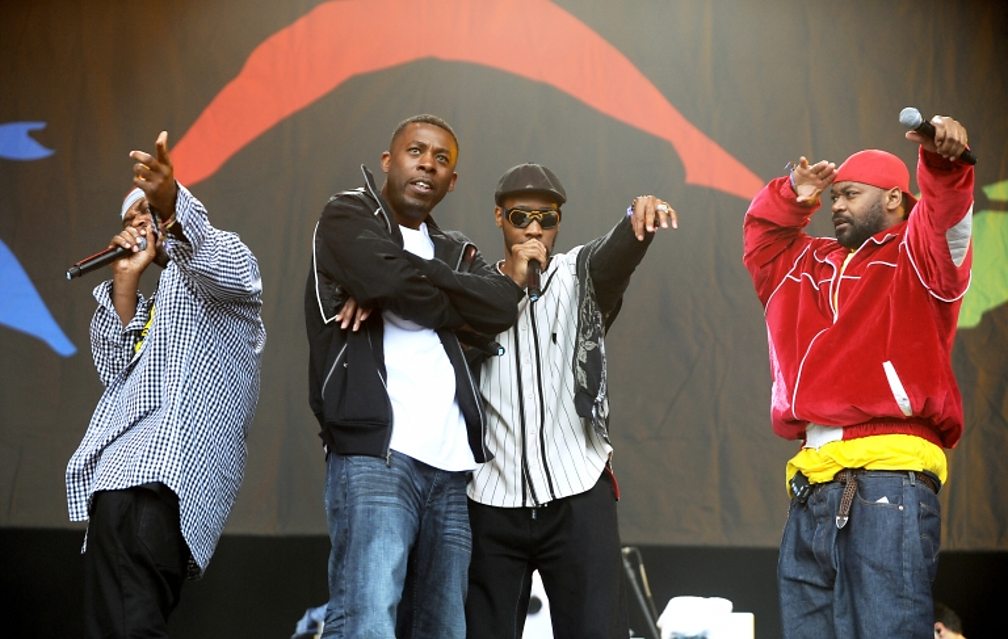 When George Harrison penned While My Guitar Gently Weeps for The Beatles’ 1968 self-titled ‘White Album’, he couldn’t have envisaged it being used as the basis for a drug-dealing melodrama by Staten Island rap sensei Wu-Tang Clan - but that’s the beauty of sampling. Built on a 1974 cover of The Beatles original by jazz-funk guitarist Jimmy Ponder, The Heart Gently Weeps also features fresh input from Erykah Badu, sometime Red Hot Chili Pepper John Frusciante and - nice touch from producer RZA, this - George Harrison’s son Dhani. Not everyone shared RZA’s newfound enthusiasm for classic rock - "He’s trying to do too much of this guitar s***," complained Wu-Tang rapper Raekwon - but the unusual combination of melancholy riffage and Ghostface Killah’s loquacious rap about a scuffle in a supermarket undoubtedly works.

6. The Long and Winding Road by The Langley Schools Music Project

In 1976, Vancouver music teacher Hans Fenger assembled a group of local schoolchildren to record versions of classic rock hits by the likes of The Beach Boys, The Beatles and David Bowie. Although ignored at the time, when rediscovered and reissued in the early 00s, the recordings were praised by critics for their haunting qualities, capturing the innocence of the performers as they grapple with the songs’ emotional demands. Given that Paul McCartney always hated the schmaltzy orchestration overdubbed by Phil Spector onto the original version of The Long and Winding Road, he may well have appreciated Langley Schools’ sparse and hesitant rendition.

Got To Get You into My Life - Earth, Wind & Fire

The soundtrack to 1978 musical movie travesty Sgt. Pepper’s Lonely Hearts Club Band - featuring the Bee Gees and Peter Frampton, alongside Donald Pleasance, Steve Martin and Frankie Howerd - is a swirling repository of atrocious Beatles covers, most of them perpetuated by the brothers Gibb, in league with George Martin. The only group to emerge from the farrago with any credit were Earth, Wind and Fire, whose funky lounge version of Got to Get You into My Life is certainly odd but not entirely unpleasant. Google Steve Martin’s zany mauling of Maxwell’s Silver Hammer at your peril. 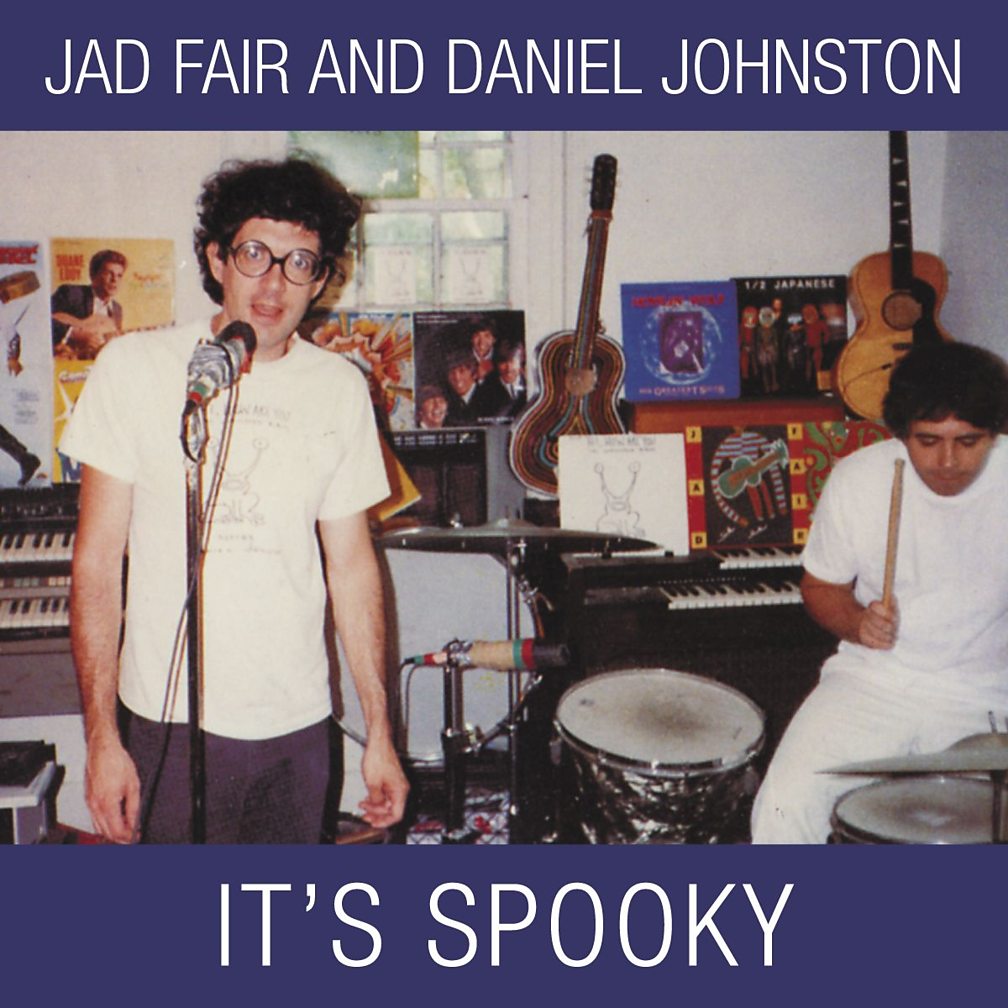 A heady psychedelic swirl of sitar, tape loops and backwards cymbals, Tomorrow Never Knows is practically uncoverable. That hasn’t stopped plenty of people from trying, among them Oasis, The Mission and even Phil Collins (seek out his 1981 album Face Value for the ugly truth). But perhaps the only faithful way to approach the song is with complete freedom from square constructs such as rhythm and melody, as in this gleeful clobbering by outsider musicians Jad Fair and Daniel Johnston. "Do not surrender to the void!" as Johnston shouts towards the end.

Sometimes referred to as the German Daniel Johnston, Klaus Beyer is a former candle-maker who has recorded lo-fi German-language covers of every Beatles song - initially for the benefit of his mother, but latterly encouraged by members of Berlin band Mutter as a ongoing outsider art project. Beyer has steadily worked his way through the catalogue, with Rubber Soul reimagined as Gummi Seele, and Yellow Submarine becoming, rather wonderfully, Das Gelbe Unterwasserboot. You may wonder if the melodies were lost in translation, but Beyer’s idiosyncratic delivery is all part of the charm. 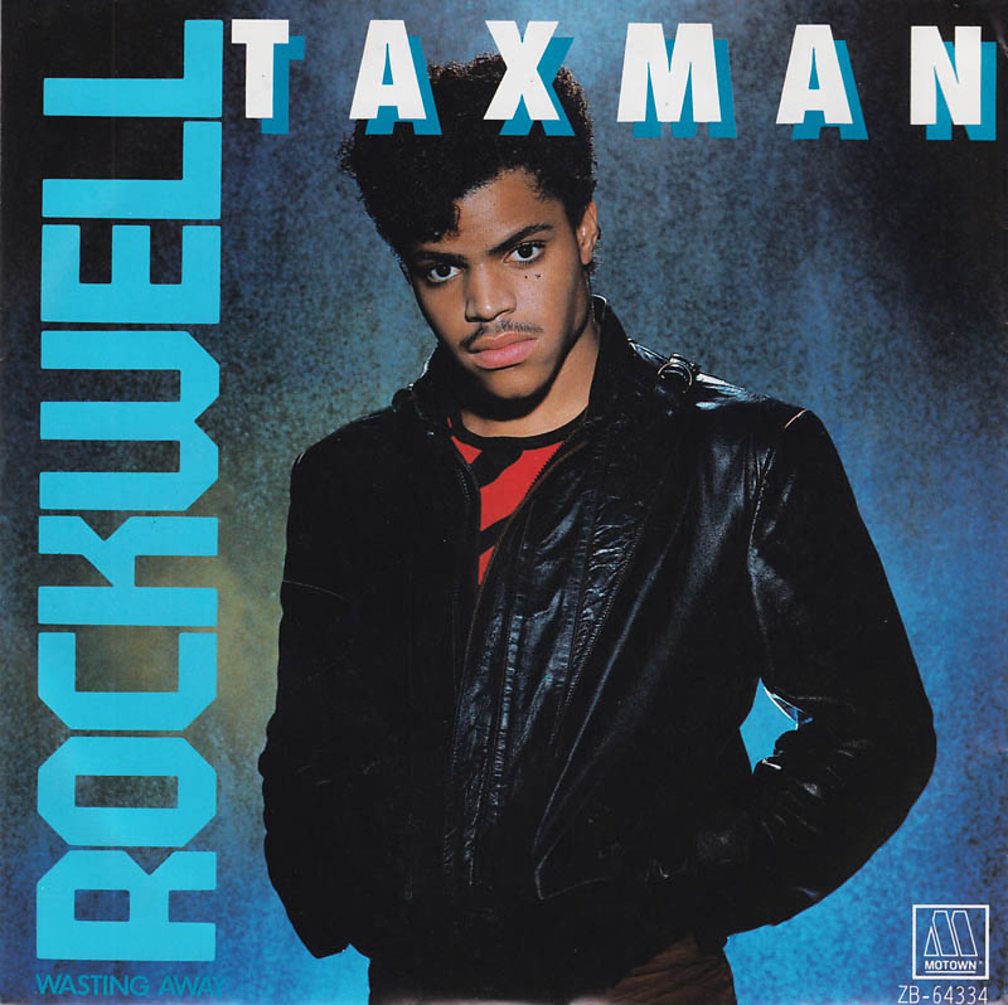 It’s never a good look when wealthy rockstars start moaning about having to pay tax, but The Beatles’ original at least did so with plenty of wit and verve. The same cannot be said of the limp electro-funk cover of Taxman by Rockwell, son of Motown boss Berry Gordy and mate of Michael Jackson. It even kept the original’s references to Harold Wilson and Ted Heath, which must have meant very little to Rockwell’s largely American audience in the early 80s. Amazingly, Taxman was not Rockwell’s worst offence of 1984 - he also released a single called Obscene Phone Caller, a very literal rant against phone pests that features the lyric, "If Alexander Bell were alive today / Would he want the telephone to be used this way?" 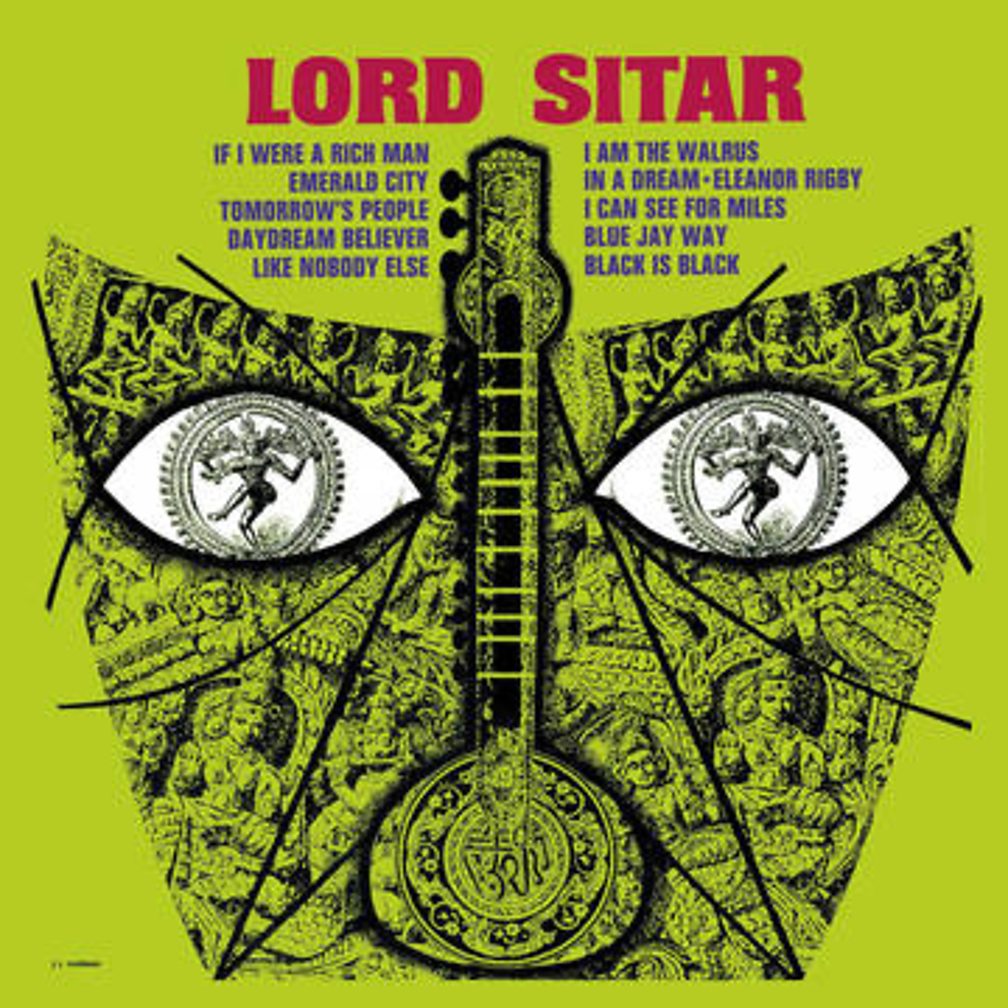 With George Harrison helping to popularise the sound of the sitar on Beatles songs such as Norwegian Wood and Within You, Without You, it’s no surprise that in 1968 some enterprising soul would attempt to rush out an album of pop hits - including several of The Beatles’ own - rendered in sitar-heavy easy listening style. The blurb surrounding its original release was left deliberately vague in order to encourage rumours that Lord Sitar was actually George Harrison, but record detectives didn’t have to search too hard to uncover the real culprit, given that renowned session guitarist Big Jim Sullivan was one of the few other people in late-60s Britain to own and play the instrument. He’d even released an album of sitar-based covers under his own name the previous year. The Lord Sitar album was dismissed as a crass cash-in, but its version of I Am The Walrus retains a strange, pungent charm.

Hey Jude is divisive. Rolling Stone may have named it as one of the greatest songs of all time, but plenty of other people clearly can’t stand it. The solution to its mawkish hollering? Take a sad song and make it… HARDCORE! Proof that there’s no tune in history that can’t be immeasurably improved by sticking a donk on it.