How New Order invented the 1980s

The pioneers of post-punk, electropop, proto-rave and Madchester (and probably half a dozen other genres along the way) have been confirmed as the closing act at 2015's 6 Music Live. Here's a brief history in their own words...

From punk to post-punk 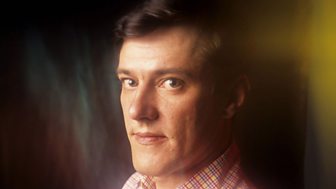 As the second city of punk rock, Manchester in 1977 was an ideal place for bands to develop and grow, one step removed from all the hubbub. Bernard Sumner and Peter Hook were inspired by a local Sex Pistols gig to gather guitars together and went looking for a singer.

Finding Ian Curtis - and later Stephen Morris on drums - they called their band Warsaw (after David Bowie's frosty instrumental Warszawa) and set about making music that may have started out in the three-chord thrash of punk and quickly moved into darker sounds, developing the monochrome poise of what became known as post-punk. To avoid confusion with another group called Warsaw Pakt, the now fully-formed band renamed themselves Joy Division.

From Factory to Unknown Pleasures 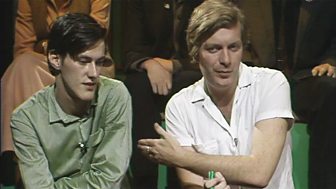 BBC Arts - Why can't you hear Joy Division on the radio?

It's at this point a dream team arrives to support the fledgeling band. TV presenter Tony Wilson and his recently conceived Factory empire - a club night, a record label and a constantly evolving mythology - record producer Martin Hannett and his clinical, unsentimental musical vision, designer Peter Saville and his beautiful record sleeves, and writer Paul Morley and his need to document the changing social topography of his home city.

Emboldened by the support, the band records Unknown Pleasures, an insistent and uncompromisingly alienated record, already a world away from the reheated primal rock of punk. The cold reverberations then ripple through the rest of the decade, with artists such as The Cure using that sound as a jumping-off point for their own florid excavations of the soul.

BBC Arts - Why can't you hear Joy Division on the radio?

From safety to where 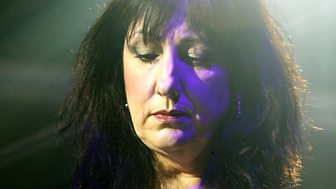 The band recorded their second album Closer in 1980, with Bernard Sumner augmenting their sound with a synthesizer he had made at home from a DIY kit. The sessions also produced Love Will Tear Us Apart, a heartbreaking optimistic song of defeat (or quite the reverse) that also forms a musical bridge between the band's early years and their later work.

Ian Curtis had been diagnosed with epilepsy in 1978, and as the band's workload increased, his health began to suffer dramatically. He took his own life in May 1980, just as the band were about to set out on their first American tour. Now bonded together by trauma and shock, the band resolved to carry on, recruiting Gillian Gilbert on extra guitar and synths, and renaming themselves New Order.

From Blue Monday to True Faith 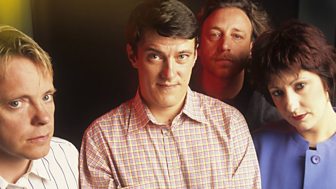 Two things happened in the early career of New Order that helped them find a way forward. Having finally made their way to New York, all of their equipment was stolen, which broke a link with the past. Also around this time, the band started listening to the futuristic electro and disco sounds of the New York clubs, partly first hand, partly through mixtapes from New York radio stations sent over to Manchester.

Fired up by these joyous sounds, they started buying more synthesizers and drum machines, including a Moog Source synth, an Emulator II sampler and Oberheim DMX drum machine, which were encouraged to talk to one another using a home-made sequencer Bernard brought in. This is how they made the groundbreaking (and hugely successful) Blue Monday in 1983. An alliance had been forged between the seemingly incompatible worlds of rock and dance music, without losing the attitude of one or the delight of the other.

From Madchester to the world

We play rock music, but we play dance music as well. It's like having a two-barrelled shotgun. Two barrels are better than one"
Bernard Sumner

Manchester's reputation as a pioneering musical community continued to swell during the 80s, with bands such as Happy Mondays following New Order's party lead, and celebrating their home town with the 1989 Madchester EP. The hub of this new wave was Factory's nightclub The Haçienda - bankrolled by New Order's record sales - which allowed them to continue to absorb the latest club sounds, this time from Ibiza, and use their influence on their 1989 masterpiece Technique.

This was swiftly followed by the 1990 No.1 World In Motion, the first football anthem that could actually fill dancefloors.

Having gone their separate ways in 1993, New Order returned to active duty in 1998, enjoying an enviable reputation from rock fans and electronic musicians such as Moby and The Chemical Brothers. Peter Hook left the band in 2007, but they continue to tour and record, guardians of an incredible legacy and with more than a few tales to tell. Their new album, Music Complete, is due out on September 25.

We play rock music, but we play dance music as well. It's like having a two-barrelled shotgun. Two barrels are better than one"
Bernard Sumner