Musicians concealing secret messages in their music is as old as the hills, or at least as old as the baroque-era master J. S. Bach, who used German musical nomenclature to spell out his name in his scores. The musical cryptogram became known as the BACH motif and, as we'll find out, was repeated by other classical composers in later years.

Pop musicians are equally fond of motifs, acrostics and codes, using them to convey extra, often sarcastic meaning in songs, album tracklistings and, in one imaginative case, to promote a new record to the millions of people living in Los Angeles...

Be warned: explaining some of these codes and ciphers can get complex, so it's a good job we've got Suzy Klein on hand to demonstrate on a piano how Shostakovich's DSCH motif works. In the above clip, which is taken from BBC Four's fascinating three-part series Tunes for Tyrants: Music and Power with Suzy Klein, Suzy reveals how the Russian composer used four notes to spell out the first initial of his given name and the first three initials of his surname, as it is in German transliteration, Schostakowitsch (in Russian it's Шостако́вич).

Shostakovich used the motif in some of his most-famous works, but why? Aside from it being a fun idea, Suzy suggests there's a deeper reason. Shostakovich, who was born in 1906 and died in 1975, was composing at a time of great turmoil in his country's history and was often persecuted by the Soviet authorities. Suzy: "This is his way of saying, 'I am putting myself right into the fabric of this music and, whatever you take it to mean, you cannot obliterate me.'" That's a very powerful statement, but as Suzy adds: "Music isn't that simple. There are no simple answers; it allows us to make of it what we will, and Shostakovich fully exploits that ambiguity in his work." 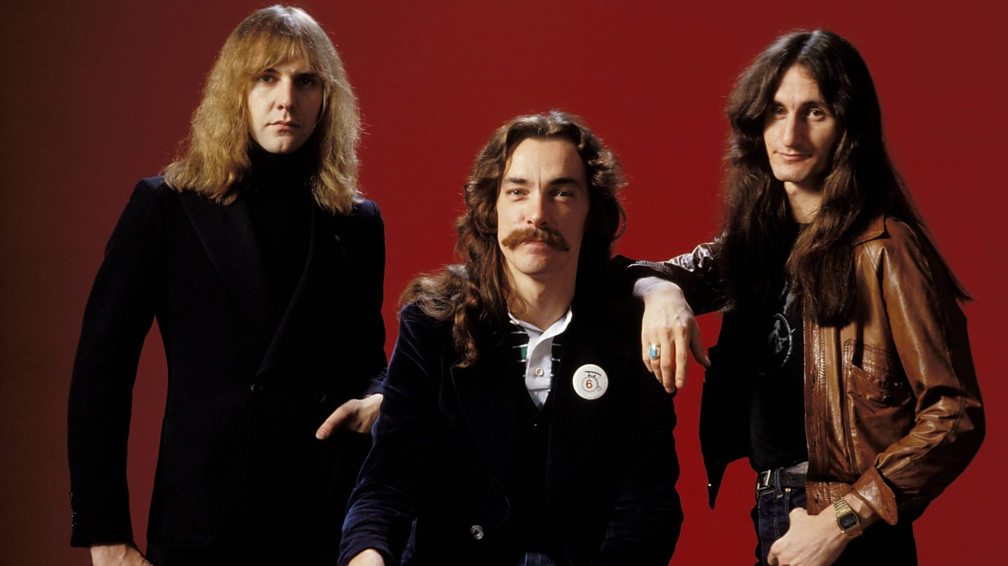 How do you title an instrumental piece of music? Do you aim for a word or phrase that somehow sums up the feeling of the music, or do you use something completely random? Seemingly, Canadian rock power trio Rush opted for the random option when they came up with the name YYZ for an instrumental they'd written for 1981 album Moving Pictures.

However, if you've ever flown into Rush's home city of Toronto you might know that YYZ is the IATA airport identification code of Toronto Pearson International Airport. The track is named for Toronto, and Toronto is also embedded into the track. Listen to the introduction in the above snippet: it's Morse code (- . - - / - . - - / - - . .) for Y-Y-Z.

Guitarist Alex Lifeson (left in the above photo) was training to become a pilot while Rush were recording Moving Pictures. In a documentary, he said: "We were coming back from the studio when we were making the record - just for a break - and my flight instructor came and picked us up in a small plane. On the way back, we'd tuned in the identifier for Toronto airport on the radio... [and we thought] that's a really cool rhythm. That's how the beginning part came about." 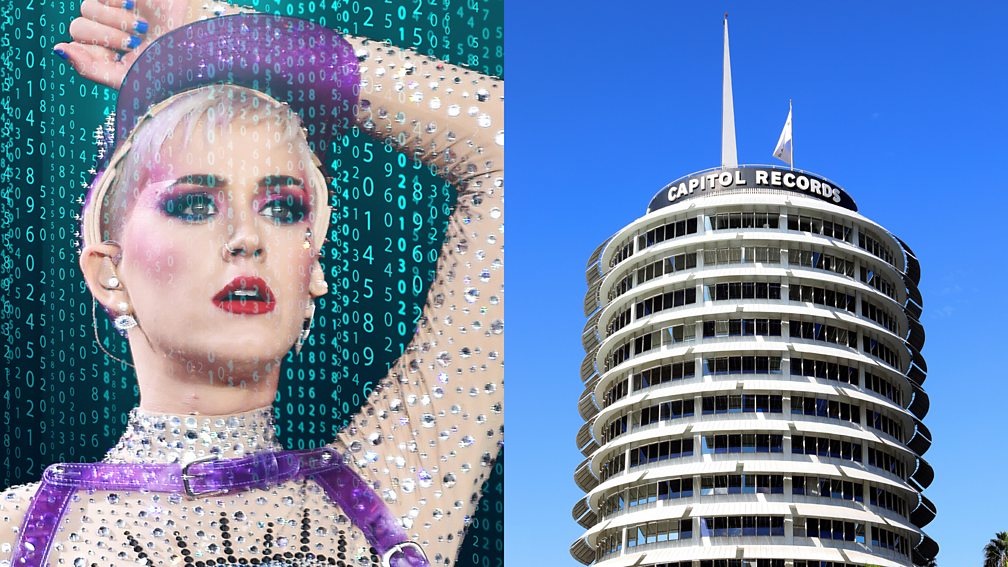 Speaking of Morse code and aeroplanes, did you know that the famous Capitol Records building in Hollywood flashes out H-O-L-L-Y-W-O-O-D in dots and dashes from the top of its tower as an aircraft warning light? It's done so since the building was erected in 1956, only changing the message on very special occasions. One time was in 1992 when the light was altered to read "Capitol 50", to mark the label's 50th anniversary. Then, in 2013, ahead of the release of Katy Perry's Prism album, it blinked out: "Katy Perry. Prism. October 22nd, 2013."

In an Entertainment Tonight interview filmed in the building, Perry said that the promotional message went unnoticed "for months", because, "No one reads Morse code anymore besides that guy, like, in the [Hollywood] Hills that doesn't wear any pants," as Contact Music reported. Which makes you wonder what other messages are being beamed out to potentially millions of people, and not being picked up.

Brahms's encrypted farewell to his lover

[LISTEN] The Listening Service: Brahms - Behind the Beard 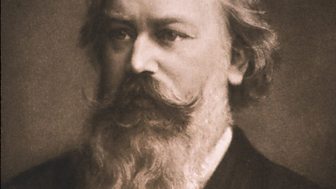 Who was Johannes Brahms? We know for sure that he was a German composer and pianist of the Romantic period; everything else beyond that is up for debate. And so, in the above episode of Radio 3's The Listening Service, presenter Tom Service tries to get to grips with his complex personality - to get under his skin, and behind his beard. He does so by examining three different pieces by Brahms, the second of which - his Sextet No. 2 in G major - contains a cipher.

The love of Brahms's life was pianist and composer Clara Schumann (wife of Robert, who died aged 46), but it's thought that their relationship never went beyond a close friendship. There was, however, another woman in Brahms's life, Agathe von Siebold, whom he met when he was 25. As Service explains, they fell in love, but Brahms cruelly rejected her, deciding instead to dedicate his life to music. As a goodbye, he wrote her name, as best as he could, into the first movement of his Sextet No. 2 in G major by using the notes A-G-A-H-E (only the 't' is missing, and in German musical nomenclature the note B natural is named H) in bars 162-168 - precisely the moment of the piece's "greatest and most aching release", as Service says. 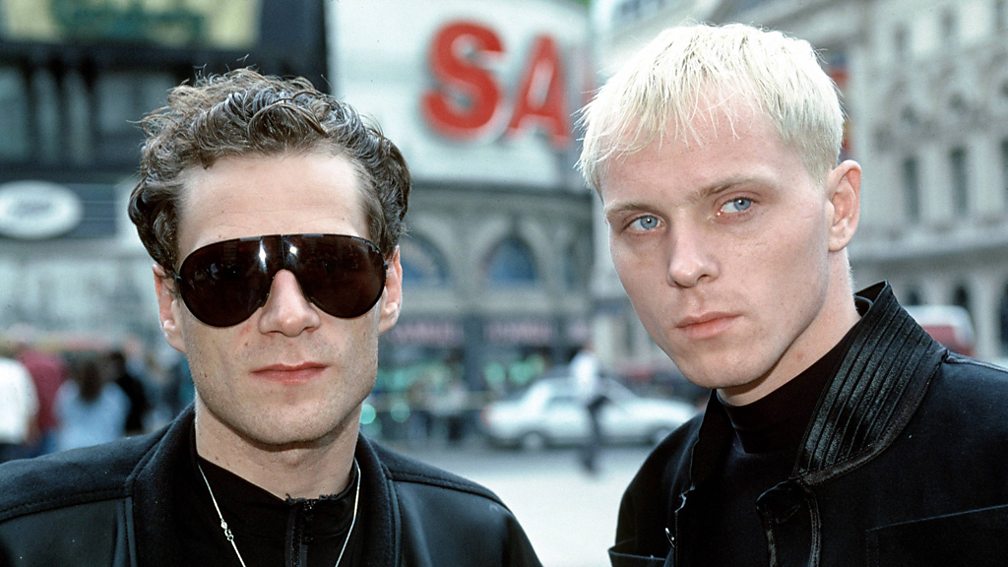 An acrostic is a series of lines or verses in which the first, last, or other particular letters when taken in order spell out a word or phrase. Poets are fond of them, and so were Scottish dance music group The Shamen. Apparently annoyed with Derek Birkett, boss of their label One Little Indian, trying to push them into a more commercial direction ahead of the release of 1996's Hempton Manor, they spelled out "F*** BIRKET" with the first letter of each track on the album (leaving off the last 't'). 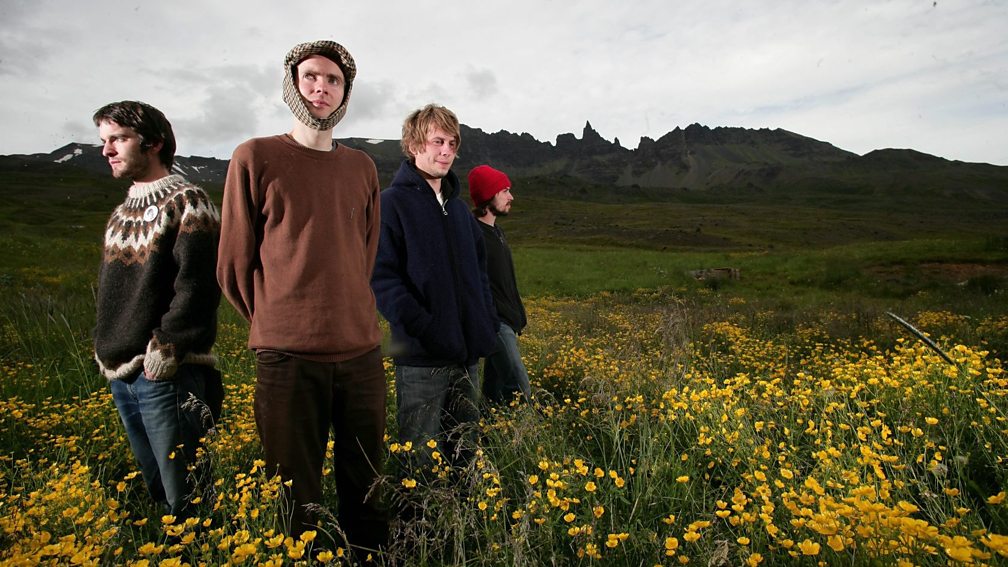 Another fun thing that has been part of music, and literature, for centuries is the palindrome - a word, phrase, number, or piece of music that is the same backwards as it is forwards (such as the name Hannah).

In classical music, everyone from Joseph Haydn to Alban Berg, Béla Bartók and Igor Stravinsky have incorporated palindromes into their music and you find them in pop, too. Take Icelandic group, Sigur Rós. Their 1999 second album Ágætis byrjun is full of secrets. The introduction contains a backmasked part (a bit played backwards) from the album's track, and the closing song, Avalon, is a different version of an instrumental passage from the song Starálfur slowed down to a quarter of its original speed. And if you listen closely, you'll hear that the strings on Starálfur are palindromic.

The enigma in Elgar's Enigma Variations 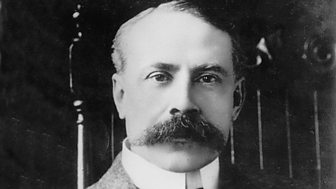 We'll leave you with one of the greatest mysteries in all music - a puzzle that's inspired, as Tom Service says in the above episode of The Listening Service, "more musicological and pseudo-mathematical sleuthery than any other work of orchestral music before or since".

English composer Edward Elgar's Enigma Variations from 1899 is made up of 14 variations on an original theme. So, it starts with a tune, then that tune is re-imagined 14 times over, and each of those variations is a musical sketch of a friend of Elgar's. There are many mysteries here, the central one being: what is the original theme?

Now, you could answer that by saying, perfectly reasonably, that it's the tune that Elgar wrote to open the piece. The complication comes in him suggesting that the real theme of the Enigma Variations isn't the melody that you can obviously hear; instead, it's a familiar melody that can be played at the same time - a quotation, if you like. And that, as Elgar wrote, is "so well-known that it is extraordinary that no one has spotted it", adding: "The Enigma I will not explain - its 'dark saying' must be left unguessed."

Elgar also said that this melody never appears in full in any of the 14 variations, leading to over 100 years of debate. Service assesses the candidates - from God Save the Queen, to Mozart's 'Prague' symphony, to a Lutheran hymn, to Rule Britannia! and Auld Lang Syne. Yet none of those suggestions quite work. So, what's going on here? Is Elgar winding us up? Or is his mystery just too advanced for us mere mortals to solve? (He was fascinated by codes and once wrote an enciphered letter, the Dorabella Cipher, which also remains unknown.) Also, does any of this actually matter when the piece itself can be enjoyed without any concern for its inner puzzle?

But if you do like puzzles, there's another one here - the separate issue of who the enigma might be, because the original tune is the only one without a named inspiration or dedicatee. Regarding that, there's an extraordinary 2011 Arts Desk deep dive online, complete with the intriguing title, Elgar's Enigma - A Love Child Named Pearl?