As a theme for a piece of music or song, mistaken identity has been well-used over time - by Mozart in his operas, Bob Dylan in It Ain't Me Be, The Kinks in Lola, and by Wu-Tang Clan in a track literally called Mistaken Identity.

But what of actual mistaken identity in the world of music? There have been many amusing cases from all fields; here are half a dozen of our favourites.

For music fans, Christmas 2016 was overshadowed by the deaths of Status Quo's Rick Parfitt and George Michael. But there was one story that spread across the internet on Christmas Day providing a bit of light relief - news that a Sri Lankan church had accidentally printed the lyrics of late rapper Tupac Shakur's Hail Mary in its Christmas service programme instead of the 15th century Catholic prayer.

As the Independent reported: "The mix-up occurred at the 2016 Catholic Joy to the World Festival at the Colombo's Nelum Pokuna Theatre during one of Sri Lanka's largest Christmas celebrations earlier this month. Instead of finding the words 'Hail Mary, full of grace, the Lord is with thee / blessed art thou amongst women, and blessed is the fruit of thy womb', the carol singers were invited to reflect on the 1997 song's themes of mortality, violence and sex and whether they wanted to 'ride or die'." 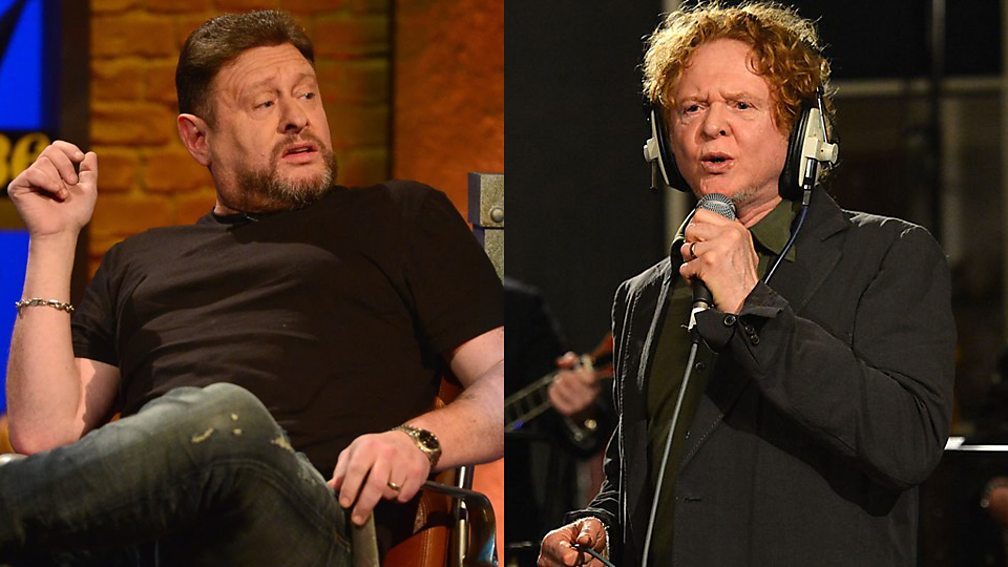 Shaun Ryder's 2011 autobiography Twisting My Melon is a mine of classic anecdotes from his days in the Happy Mondays and beyond, including this one...

It was 1989, the Mondays had just released their Madchester Rave On EP and they were on their biggest tour yet. Newcastle was the second date and Sean was late to leave Manchester for the gig. He arrived at Newcastle station with the group's manager Anthony 'Muzzer' Murray, then they hailed a cab and asked to be taken to "the local gig venue", where they hoped to find the rest of the band.

Ryder: "We ran up to the door and Muzzer was giving it, 'We're in the band, we're in the band... we're late,' and the bouncers just let us through and we legged it in. We waked through the auditorium, and should have clocked then that it was quite a civilised crowd... but we didn't. We just jumped on stage, and as I was walking across the stage I clocked the instruments and thought, 'We haven't got a saxophone,' but it still didn't click, and I just thought it was the support band's or something.

"Then we saw the dressing room door and Mick Hucknall was standing there with the rest of Simply Red and I suddenly realised. 'F***! Wrong f****** venue!' We had turned up at a Simply Red gig. We were actually playing the Poly, which was just round the corner, so we did one sharpish." 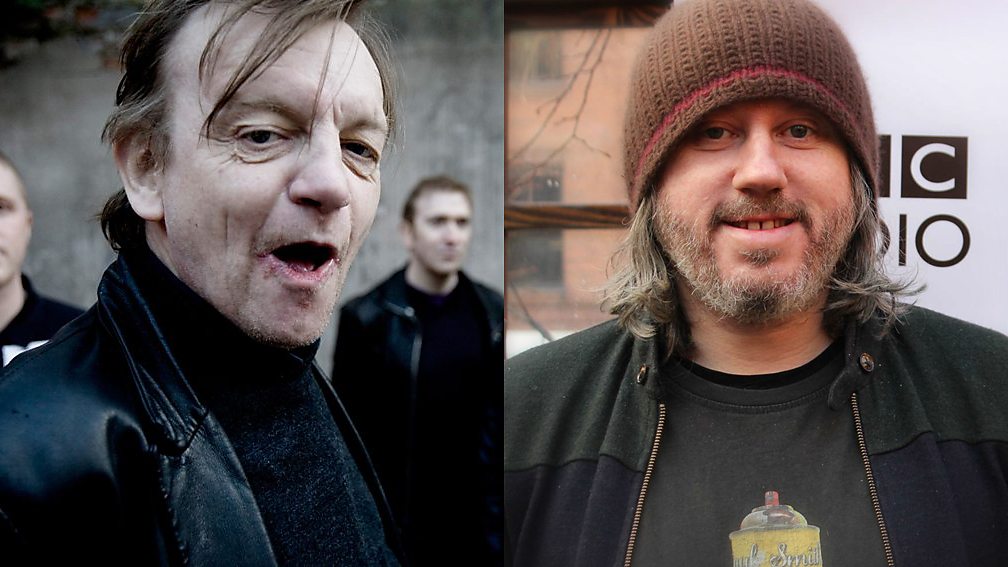 Badly Drawn Boy, Damon Gough, was a musician on the make in 1997 - he'd released his first EP, but he was three years away from winning the 2000 Mercury Prize with his debut album, The Hour of Bewilderbeast.

He was living in Manchester and specifically not working as a taxi driver. But that didn't stop The Fall's Mark E. Smith coming out of the Night and Day Café and mistaking him for one. Smith needed to get to Stockport and, courteously, Gough obliged, believing it would be a good opportunity to persuade Smith to record one of his songs.

Smith left his false teeth in Gough's car, which Gough kept. Then in 2001, Smith told Q magazine: "I also left a bloody expensive leather jacket that he has not returned... about 110 quid. I haven't had that back. He can keep the teeth, though." 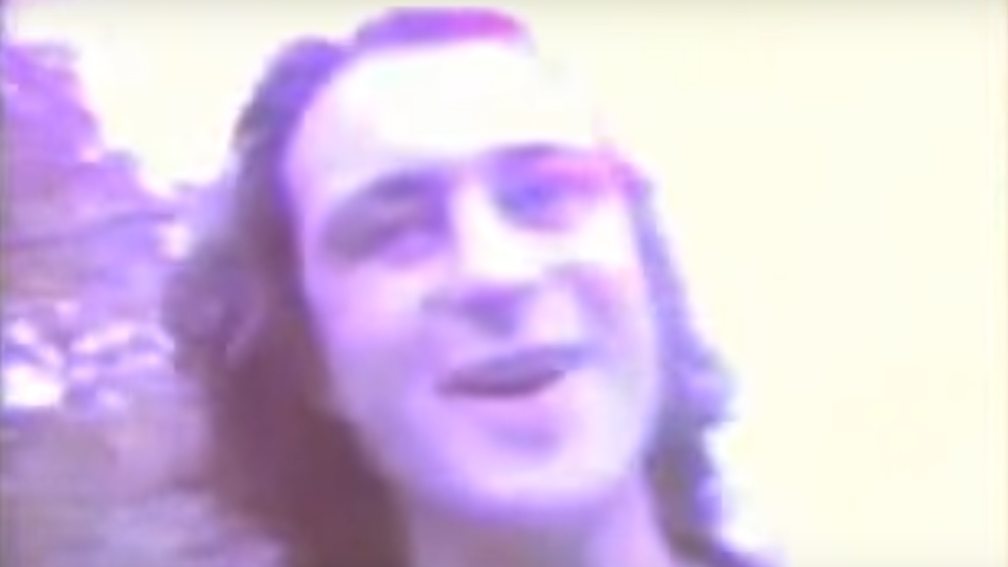 The above screengrab is taken from 13 seconds into a video of a March 1988 Sunrise rave and you have to admit - it looks uncannily like a youthful David Cameron, who was final-year student at Oxford at the time.

Vice flagged it up in 2008 when Cameron was leader of the Conservative Party and it went viral, forcing Tory HQ to "categorically" deny that the raver was Dave, although he didn't start work at their Conservative Research Department until six months after the footage was recorded.

Official word, then: it's a doppelgänger, which makes sense. The famous Bullingdon Club picture of Cameron, in which he has much shorter hair, is from 1987. In 2015, Buzzfeed unearthed another picture - from 1988. In that, he has short hair too.

One is a classical musical trio made up of Roman Catholic priests from Northern Ireland, the other is a punk band from Washington DC. The former are called The Priests, the latter just Priests, resulting in a holy mix-up in late 2016 - photos of the three clerics appeared on ticket sites and in gig listings to promote the punk band's 2017 US tour.

Fr Eugene O'Hagan from The Priests told the BBC that some fans has been contacting them over how to get tickets for their non-existent US gigs. "We were taken a bit by surprise, needless to say," he said. "It would be a whole new audience if we walked out on stage. Or if they walked out on stage, with our fan base, there might be a few heart attacks in the audience."

He added: "They're a very different band from us. I Googled them the other evening to find that they're described as singing with tempered tension, thoughtful rage and relentless energy. I think the only thing we have in common with them might be the relentless energy."

Amused, Priests extended "warm wishes to our brethren 'The Priests'".

6. Theresa May doesn't rock off stage to Primal Scream

As a band statement, it pulled no punches: "Primal Scream are totally disgusted that the Home Secretary Theresa May ended her speech at the Tory party conference with our song Rocks. How inappropriate. Didn't they research the political history of our band? Hasn't she listened to the words? Does she even know what getting your rocks off means? No. She is a Tory; how could she?"

It was October 2011, and someone had told Primal Scream that the current PM had walked off stage at her party conference to their 1994 hit. It sounded like a tall tale (lyrics include: "Dealers keep dealin', thieves keep thievin'") and it turned out to be untrue - May hadn't used the song at all; she'd played the equally surprising 2001 track Bohemian Like You by The Dandy Warhols, the controversial video for which contains full-frontal male and topless female nudity.