Express Yourself: The stories behind N.W.A’s biopic, Straight Outta Compton 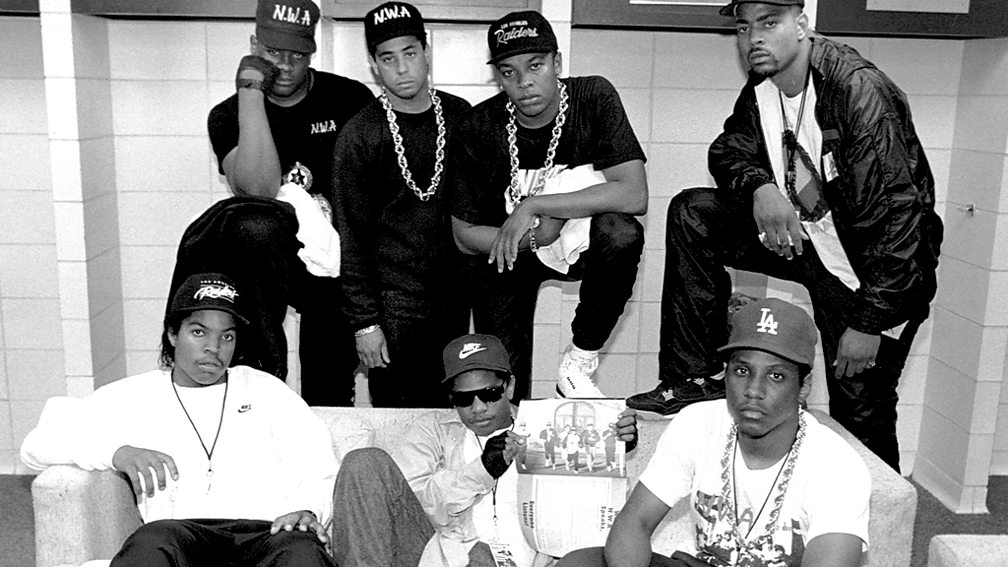 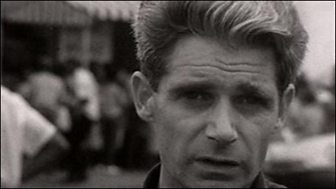 [WATCH] Charles Wheeler's famous report on the Watts riots of 1965

It's been six years in the making, but there's something very opportune about the N.W.A biopic being released in 2015, 50 years after the race riots in Watts, just north of Compton. Straight Outta Compton director Gary Gray makes it clear that's he's acutely aware of the historical parallels between the past, present and N.W.A's story. That goes for the music, too...

[WATCH] Charles Wheeler's famous report on the Watts riots of 1965

In 2009, to celebrate 30 years since The Sugarhill Gang released Rapper's Delight, Jaguar Skills recorded an epic 538-track, one-hour history of hip hop mix. His selections for 1988 - the year of N.W.A's debut studio album, Straight Outta Compton (the film is named after it) - are revealing. All the artists are from New York, telling you much about the East Coast's dominance of rap music before N.W.A brought West Coast gangsta rap to the masses.

New York hip hop and seventies funk and soul were, of course, huge influences on N.W.A. But Ice Cube, who wrote more than half on the lyrics on their debut album, also looked beyond the music in his parents' record collection - to comedy albums by people like Richard Pryor. He noticed that you could use profanity to shock people into paying attention to what you were saying, telling The Believer in 2004: "You heard someone like Richard Pryor saying the things he said on stage - and getting a reaction. You figured if you're rapping and if you're saying exactly what's on your mind, you would get a similar reaction - and it happened."

The strength of street knowlege

Protest art can be tremendously impactful and effective"
Ben Westhoff

In this interview, rap music historian Ben Westhoff credits N.W.A with many things - making gangsta rap popular, bringing a political seriousness to hip hop, but also being misogynistic. Their key legacy, according to Westhoff? "They tell us that protest art can be tremendously impactful and effective. At the time it was almost like, if you're young and if you're black especially, you weren't allowed to question the status quo, but N.W.A changed that and they really anticipated the LA riots in 1992."

Protest art can be tremendously impactful and effective"
Ben Westhoff 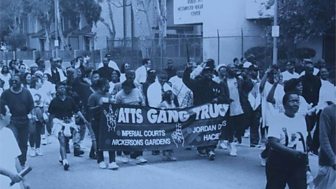 The N.W.A song F*** Tha Police became an anthem during the 1992 LA riots, which started after the acquittal of police officers on trial for a brutality incident involving motorist Rodney King (above). 20 years later, the World Service interviewed King on their Witness programme (above). Another Witness episode covers the truce between the rival Bloods and Crips gangs during the riots, alluded to in the film with a shot of a red and blue bandana (the colours of the two gangs) tied together.

Ice Cube was the first to leave N.W.A - in 1989, over a royalties dispute with the group's manager Jerry Heller and co-member Eazy-E, who ran Ruthless, the label that put N.W.A's music out. The film covers the fallout in detail, as well as Cube's subsequent success as a solo artist, actor and screenwriter. In 2014, Zane Lowe spoke to him about his entire career, touching on many of these points.

The legacy of N.W.A 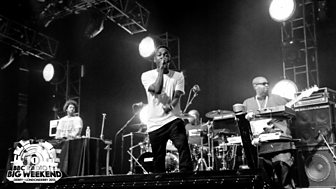 "Without N.W.A, it seems unlikely that people would have been able to really express themselves the way they did in the Ferguson and Baltimore protests of the last year," says Ben Westhoff in his BBC News interview, and they left a considerable musical legacy, too. The film finishes with Dre walking out of Death Row Records (his post-N.W.A label) and telling its boss Suge Knight he's setting up his own label, Aftermath. N.W.A superfans Eminem and 50 Cent both signed, and were produced by Dre, as was The Game (above), who grew up in Compton.

And Compton is still very much on the rap map. Aged eight, local lad Kendrick Lamar saw the video for the Dre and Tupac Shakur hit, California Love, being filmed in his neighbourhood and it had a significant effect on him. His breakthrough 2012 album, Good Kid, M.A.A.D City, was an ode to Compton.

Dre bows out (but not before heading straight back to Compton)

Before Straight Outta Compton was released, Dre released a surprise album, Compton: A Soundtrack, saying it was inspired by the film and would be his swan song. The royalties from the album will help fund a new performing arts and entertainment facility in Compton, and that should ensure that no one will ever forget about Dre and N.W.A.