WATCH // The Ninth Wave in session for BBC Music Introducing 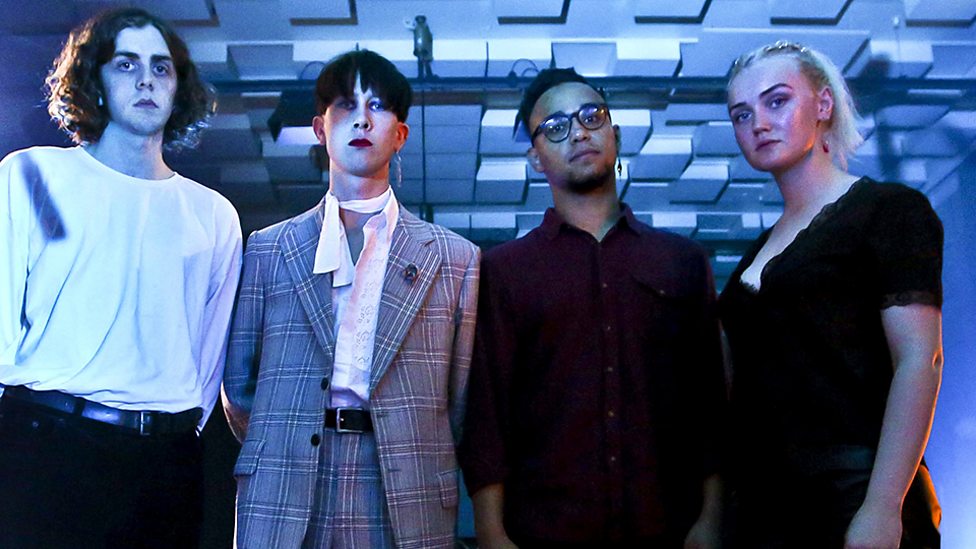 Meet The Ninth Wave: the ambitious quartet born of Glasgow's vibrant music scene, who channel the best of the New Romantic and post-punk aesthetics of the 80s. The band, whose debut EP was produced by Dan Austin (who's previously worked with the likes of Pixies, The B-52s and Placebo), delivered an incredible performance in session at Maida Vale.

They have a gift for crafting songs with multiple layers: musical, tonal, sentimental. Out of the signature murkiness of their sound, emerges infectious melodies and a grasping sense of something epic in proportion, almost anthemic. The deceptively effective element at the heart of this is their channeling of 80s sensibilities - the plinky FM synth hooks of Reformation and Swallow Me, for instance, that recall the catchiness of Tears for Fears.

The band's glam-noir grounding is a fitting basis for songs that feel transformative, that take you on an unpredictable journey through emotions; from loss and defeat to joy and triumph, and maybe back again. There is a 19th century painting by Ivan Aivazovsky with which The Ninth Wave share their name. Rather fittingly, the scene it portrays juggles a similar sense of conflict (the destructive power and beauty of nature). It is this quality that helps make the band sound so fresh and accomplished.

A WAVE GOODBYE TO THE PEOPLE WHO SAID I'D WIN

SOMETIMES THE SILENCE IS SWEETER