9 of the BIGGEST things in music 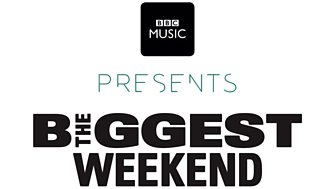 To celebrate, here are some facts and records about some of pop's other BIG THINGS...

Biggest jump to No.1 in UK chart history

It's one thing for an artist to do a press and marketing campaign for a single hoping that when it's released that it becomes a new entry at No.1. But what if a song is already out, and barely dented the charts? Getting to No.1 is much harder. In 2009, Pixie Lott's Boys and Girls broke the record for a jump to No.1 within the Top 75 when it shot up from No.73 to the top spot on 19 September 2009. 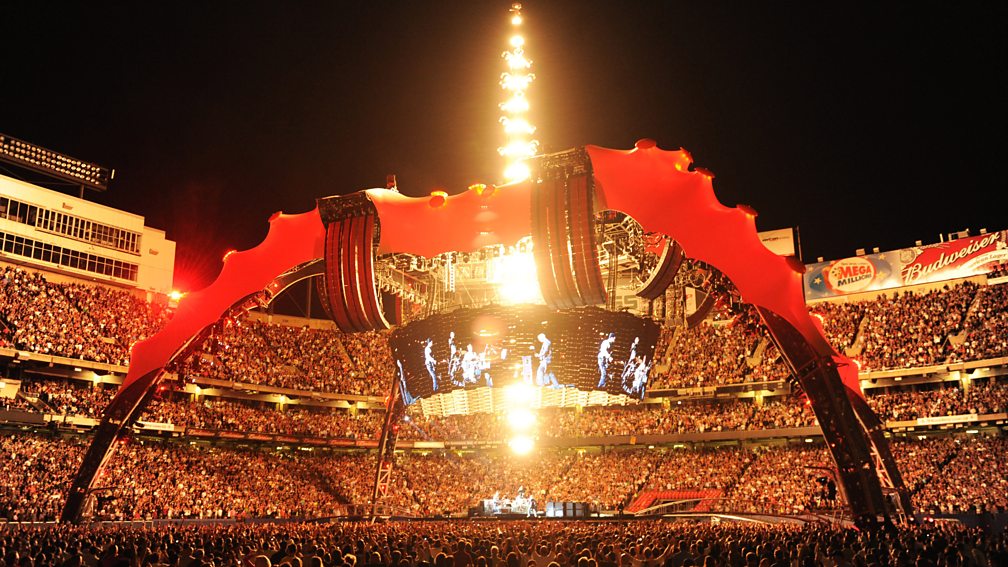 If we're talking about the longest concert tour by a rock band, that gong goes to Thirty Seconds To Mars, who completed an exhausting, world-record-achieving run of 309 gigs on the trot at Hammerstein Ballroom, New York, 7 December 2011.

As for the group that's played the most gigs, that's harder to define, but the Guardian think it could be jam band the Grateful Dead, who basically never stopped touring in the lifespan of the group - from 1965, when they formed, to 1995, when frontman Jerry Garcia died and they called it a day. It's thought they may have played as many as an astonishing 2,318 gigs in their career - an average of 77 a year.

Biggest demand for tickets for a single show

We all know that gruelling process of constantly calling a box office or refreshing a ticketing page online in the hope of getting tickets to see our favourite artists live. It can be painful and frustrating, often leading to disappointment, as indeed it did for the massive majority of fans who applied for tickets to see Led Zeppelin's one-off reunion show at London's 02 Arena in 2007 - a tribute to former Atlantic Records boss Ahmet Ertegun, who signed the band in 1968.

It was Led Zeppelin's first show since 1979, and there were an incredible 20m ticket requests for the 9,000 pairs that were made available. Guitarist Jimmy Page, singer Robert Plant and bass player John Paul Jones were joined on stage by Jason Bonham, son of John, the group's original drummer, who died in 1980.

According to NME, the world's biggest disco ball was built after Nile Rodgers of Chic challenged the promoter of Bestival, Rob da Bank, to break the world record ahead of the 2014 festival, which had a 'Desert Island Disco' theme.

Rob rose to the challenge and created a shimmering beauty of a ball that measured 10.33 m (33'10") in diameter. 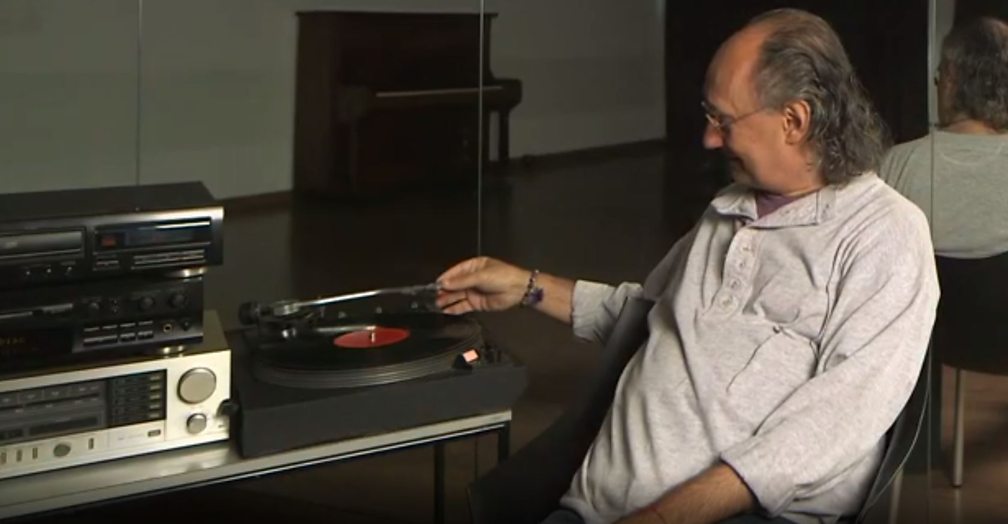 If you're a vinyl collector, you no doubt have times when you look at your records and think, "I need to get rid of some of these before the floor caves in." One man who has never thought that, ever, is Zero Freitas, a Brazilian businessman who has amassed the world's biggest collection - more than 5m records.

In 2015, the BBC went to meet him and discovered he was a life-long music fan who made his fortune operating a bus company in São Paulo. He bought his first record in the 60s with his pocket money and hasn't stopped collecting since. He now employs a team to clean and catalogue his purchases, and he hopes to one day make his archive available to the public. 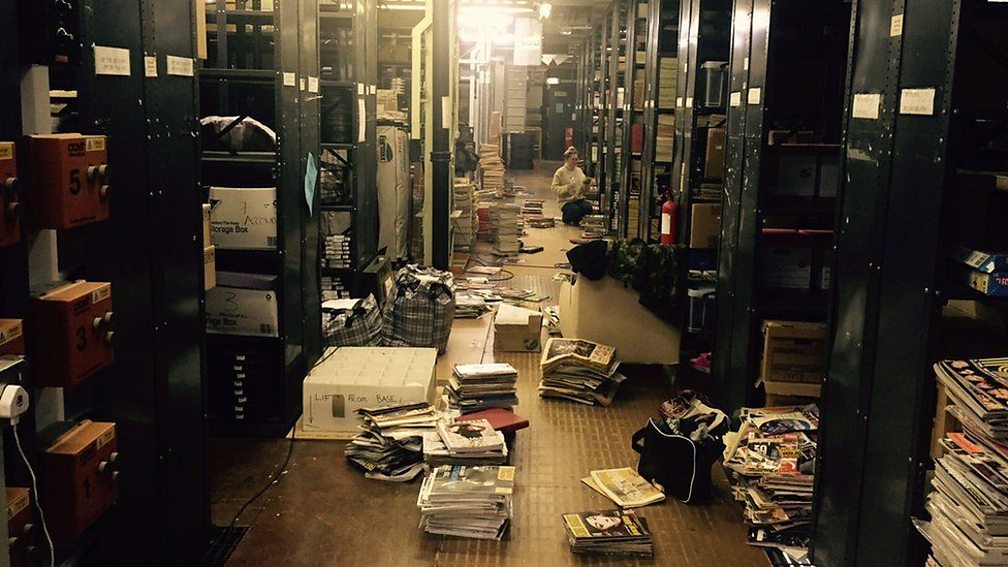 Another avid collector of music-related things is James Hyman, who began amassing a vast library of magazines - particularly music magazines - back in 1990. The Hyman Archive, which is held in London and includes popular culture magazines of all sorts, is now thought to have grown to 160,000 titles, according to a recent report in the New York Times - twice the number he owned when the BBC visited his archive in 2015.

Much like Zero Freitas, Hyman also plans to digitise his collection with the aim to "unlock the value and make it accessible to researchers and members of the public".

Biggest hit act in the UK

Guinness World Records say that Rock Choir has 4,500 members, 1,000 of whom contributed vocals to their debut album, Rock Choir Vol.1, which reached Top 20 in the UK album chart on 17 July 2010. That makes the choir, which was established in 2005 by musician and singer Caroline Redman Lusher, world-beaters, but it's not the only record they hold. They're also the biggest act to be signed to a label, and they achieved another record by completing the largest song and dance routine held at multiple locations. 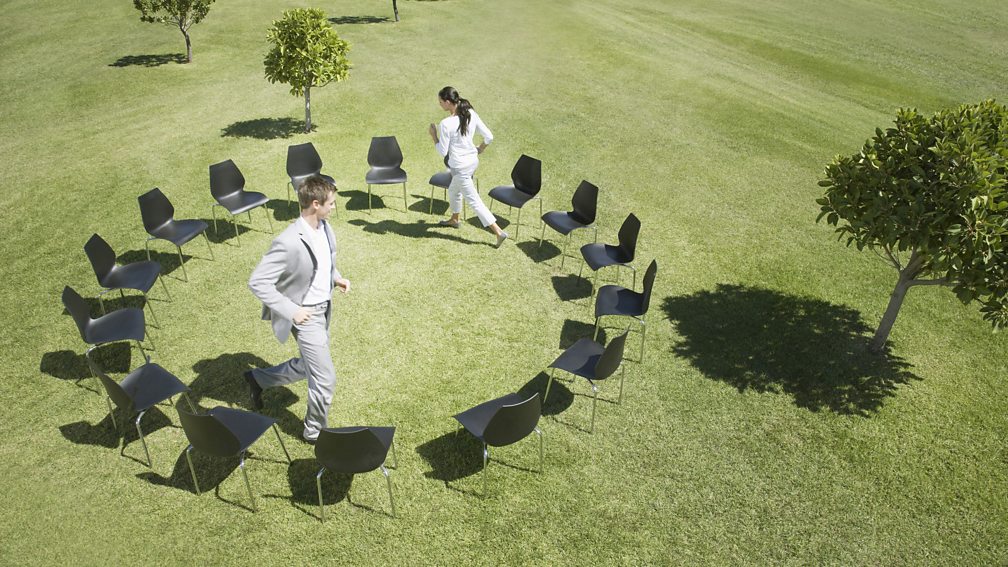 This might seem improbable, but playing musical chairs is a pretty serious business, complete with a Musical Chairs World Championship. In 2013, ESPN ran a whole report on the almost-sport complete with the inspired headline 'Sit Happens'.

The prize money is high - $10,000 for the winner - and there is a hero in this curious world. His name is Xu Chong Wei and in 1989, when he was 15, he won the largest ever game of musical chairs, which began with 8,238 participants at the Anglo-Chinese School in Singapore. It took 3.5 hours for Xu Chong Wei to squeeze himself onto the final chair. 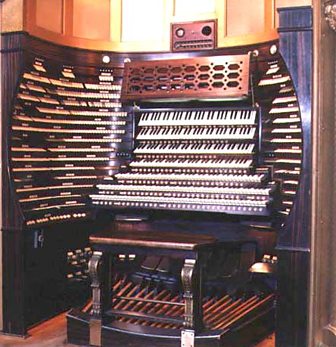 There are some truly massive organs out there in the world, including the Wanamaker Grand Court Organ at Wanamaker's department store (now Macy's) in Philadelphia. That's the largest functioning organ, based on the number of pipes, but it's not as big as the Boardwalk Hall Auditorium Organ in Atlantic City, New Jersey, which was built by the Midmer-Losh Organ Company between 1929 and 1932.

For all you organ lovers out there, that one contains seven manuals, 449 ranks, 337 registers, 33,114 pipes and weighs approximately 150 tons. It hasn't been in proper operation since 1944 and is currently being restored. Hopefully, it'll be back to its former glory by 2023.

Here in the UK, the city of Liverpool can boast about having the biggest organ. Liverpool Cathedral's Grand Organ has a not-inconsiderable 10,268 pipes.