9 noughties artists we'd like to see make a comeback

The millennium was a long time ago. And in the past 18 years, many of the bands and performers who were once crucial to the music scene have fallen by the wayside for one reason or another.

This is, frankly, a travesty. So, as there are encouraging signs that Mike Skinner is returning to active service as The Streets, here are a few other suggestions of a perfect post-millennial rave-up, with acts to suit all tastes.

The early-2000s were a boom time for a particular sound in indie-rock circles. It was a grand, dramatic reverberant swoosh that sounded like how it feels to reach the summit of a huge mountain, while angels battle in the skies above. Keane were tremendously good at it. It didn't win them many friends in the rock press, partly because of the band's relatively well-to-do background and education, and partly because Noel Gallagher took a dislike to them, saying, "I feel sorry for Keane. No matter how hard they try they'll always be squares."

They've officially been on hiatus since 2013 - having only released one new song since then; 2016's Tear Up this Town, from the soundtrack to the film A Monster Calls - but there's a groundswell of fans who have secretly been pining for their return. And in the wake of major critic-proof success stories such as Mumford and Sons and Ed Sheeran - performers who take the shellacking from the cool kids and calmly get on with singing the emotional lives of their many, many fans with devastating effectiveness - surely it's time for Tim and Tom to put aside their differences and crack on.

Just after the turn of the millennium, it became fashionable for dance duos to make warm sunshiney ambient tracks, constructed from loops of acoustic guitar, twinkling piano and immersive bass - that felt like the gentle breeze of a spring afternoon catching a duck-down feather and twirling it in the air. Lemon Jelly - the cartoonish name Fred Deakin and Nick Franglen gave to their collaborative efforts, were particularly good at it.

Sadly, they've been on hiatus since 2008, and their influence seems to have largely diminished over the years, which is a shame given how many modern pop productions have been created from acoustic guitar loops (Ed Sheeran, this means you).

Athlete never really went away, in that the band are still on speaking terms and would probably do a gig in your back garden if you asked nicely. But they've been officially on hiatus since 2013, following their peak in 2005 around their album Tourist. In particular, the single Wires, a beautifully emotive song which dealt with singer Joel Potts's reaction to his young daughter being rushed into intensive care.

In the intervening years, Joel has been lending his songwriting skills to modern pop acts such as George Ezra and London Grammar, so it's not looking promising that they'll announce a world tour anytime soon. And that seems a shame, because Coldplay aren't getting any younger, and there will come a time when we'll need another band of sensitive indie types with stadium-sized songs about feelings to take their place.

Hadouken! - the exclamation mark is non-negotiable - took up a position at the meeting point between new rave and grindie (a sentence which is so 2000s it should come with a free iPod classic). To younger readers, this means they played loud, bass-heavy dance music using rock instruments and wore clothes that were so bright you could see them from the moon.

Their calling card song, 2007's That Boy That Girl even defined that crossover moment, cocking a snook at both the "Hoxton Hero" and the "Indie Cindy" before insisting, "I'm an indie limey / Yeah but I like it grimey / And I rave with a grin." Which is a sentiment you just don't hear very often at the moment. What we need Hadouken! for is a reunion of all the former new rave teens who now have jobs and responsibilities, and provide them with a chance to relive their youth in a big communal warehouse party with massive strobes - only one that takes place in the afternoon and provides a creche for the little ones.

[WATCH] The White Stripes - Effect and Cause (Later Archive 2007)

The funny thing about bands is that even when there's a clear leader who provides most of the musical drive, the sound is a product of interpersonal chemistry. Jack White is clearly never short of ideas for music, and has spent the years since The White Stripes split in 2011 making music both solo and in bands such as The Raconteurs and The Dead Weather. But none has quite replicated the feral magic of his blues rock telepathy with Meg White.

And this isn't lost on Jack himself. In a 2014 interview for Rolling Stone he said that working with Meg wasn't always an easy ride: "She's one of those people who won't high-five me when I get the touchdown... We'd be working in the studio and something amazing would happen: I'm like, 'Damn, we just broke into a new world right there!' And Meg's sitting in silence." But he added that her drumming was the backbone of the band, and it's something he misses: "I don't think she understood how important she was to the band, and to me and to music. She was the antithesis of a modern drummer. So childlike and incredible and inspiring. All the not-talking didn't matter, because onstage? Nothing I do will top that."

[WATCH] Are the Jonas Brothers getting back together?

Blood may be thicker than water, but it may require something more like glue to get Joe, Kevin and Nick Jonas back onstage together belting out Lovestruck one more time. While their fellow graduates of the Disney school of music Demi Lovato and Selena Gomez are still very much an active pop force, only Nick Jonas is still trading under the family name since the band split in 2013. Brother Joe is a member of DNCE, whose Cake By the Ocean was a No.4 hit in 2016, while Kevin went into the real estate business.

Having said that, in January of this year the brothers posted a picture of themselves on their reactivated Instagram, proving that there's no hard feelings, and sparking rumours that they may indeed be considering some kind of reunion. 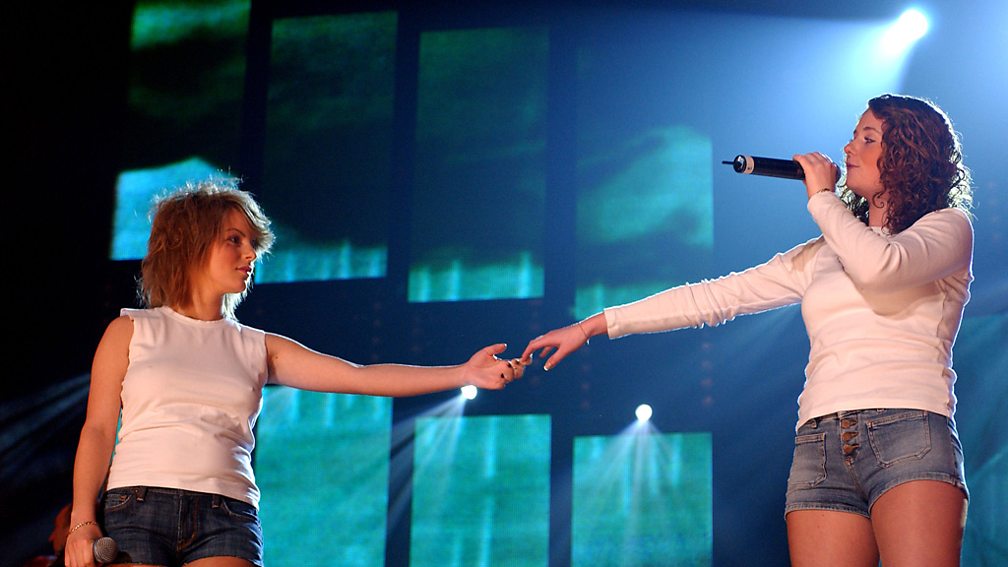 Just because the dominant pop sound of the moment is minimal and whispery, that's no reason to count out the return of the kind of epic, super-produced pop (courtesy of Trevor Horn) that can bend iron girders to its mighty will. In 2003, t.A.T.u. were two Russian teenagers with a controversial video - All The Things She Said was filmed when they were 14 and showed them kissing each other - which immediately put them on the darker side of, say, the kiddy-snark bounce of Daphne and Celeste.

They ran into all sorts of trouble - cancelled concerts and legal battles, and largely disappeared from international view after around 2006. It may be tempting to conclude that their success rested entirely on sexual outrage and gender politics, but that song and its sequels are undeniably great. And their reputation has only grown in the following years. You could even make a convincing claim that t.A.T.u.'s sound is a precursor to the kind of dour frosty pop that Lorde would later call her own.

This is a story that needs a better ending. Currently the name Sugababes is owned by people who have no band, and the band who used to own the name - Keisha Buchanan, Siobhan Donaghy and Mutya Buena - are mulling over their options as Mutya Keisha Siobhan. Heidi Range, the girl who replaced Siobhan and helped drive the band's imperial period of pop dominance - has taken to the West End stage, as has Keisha's replacement Jade Ewen. New mum Amelle Berrebah was last seen on Celebrity Masterchef in 2016.

Somehow the fizzling out of Sugababes niggles in a way that other band splits don't. Would it be beyond comprehension for all six former Sugapeople to put their differences behind them and create some kind of tag-team stage show in which all of the band's various stages are represented? Heidi and Jade's theatre training would stand them in good stead, Mutya, Siobhan and Amelle's various solo hits could be dusted off - with a guest appearance from Tinchy Stryder for extra 00s points, and they could end the night with a triumphant finale of Freak Like Me in which everyone gets a line or two. Call it Sugamania and watch the tickets fly.

Let's be clear; there are absolutely no plans for the return of One True Voice, the runner-up band from Popstars: The Rivals. They were last seen trying to make the grammatically over-fiddly Shakespeare's (Way With) Words happen in 2003. They then split up in the wake of the rocketing success of Girls Aloud, who had so dramatically overturned the 00s boyband paradigm - Songs by girls! For girls! No ballads! - that their reliance on the traditional five hunky guys in a line suddenly looked old hat.

But, given this is an exercise in wish fulfillment, how astonishing would it be if OTV suddenly made a comeback - with a song as good as Sound of the Underground - as a kind of pop version of the parable of the hare and the tortoise. And as the dominant boyband trend is for veterans to make their triumphant return - Boyzone, Westlife, Take That - surely there's room for a last minute challenge to Girls Aloud's post-millennial pop dominance.