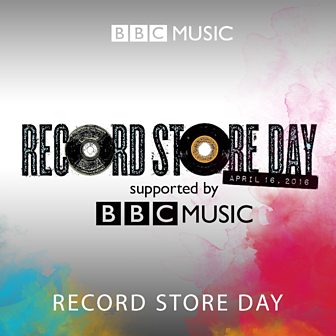 When it comes to recorded sound, the digital age is relatively new and an absolute mass of music exists on vinyl only. Much of it will remain there forever, not popular enough to have been transferred onto digital formats, or perhaps caught up in legal complications.

The BBC Archive Centre at Perivale, near Wembley, hosts a vast and historically significant collection of vinyl - 140,000 mono LPs, 317,000 stereo LPs, 233,000 singles and 303,000 78s - that you'd imagine would be collecting dust, but it's accessed often as BBC programme producers and journalists search for music and spoken word recordings that missed out on a digital upgrade.

To celebrate Record Store Day, we asked two BBC Archives 'Grams' experts, Dan Hatswell and Nigel Griffiths, to discuss a few records they had been asked to source recently. As far as they know, these have never made it onto CD. 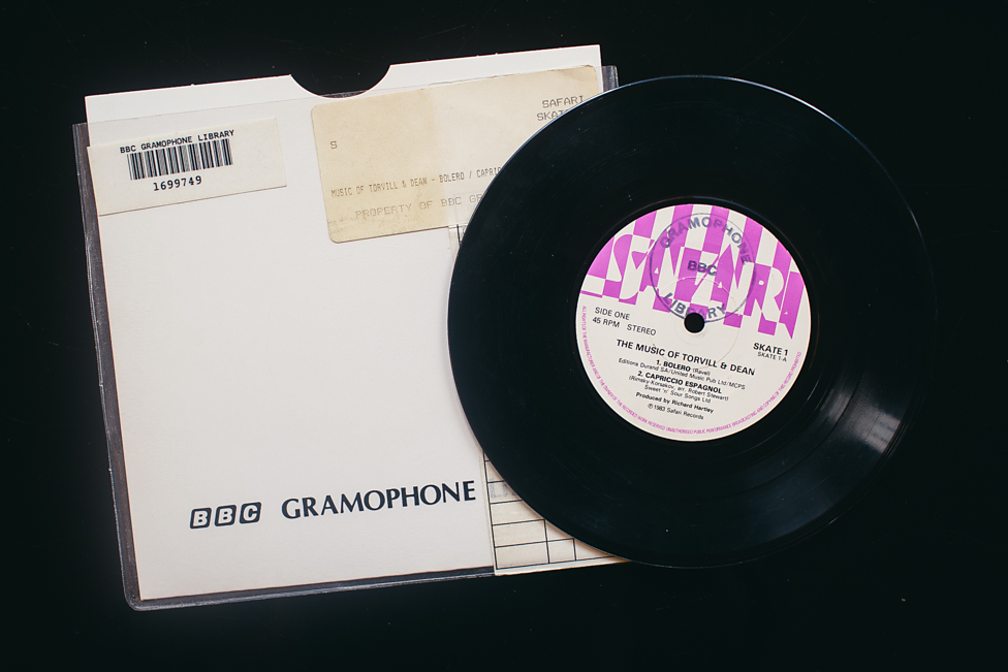 "This was released before the 1984 Winter Olympics and it's the actual arrangement of Ravel's Bolero that Torvill & Dean skated to. As far as we know it never reappeared on CD. There are a lot of records like that; records that you could categorise as one-off or novelty. It doesn't pay to put them out again, unless they're repackaged in a compilation or something like that, but we get asked for them quite often. In this instance, Torvill & Dean might have been guests on a show, or someone's doing a feature on ice skating, or the BBC are making an 80s retrospective."

West Indian Touring Team - West Indies Are Back in Town (1984) 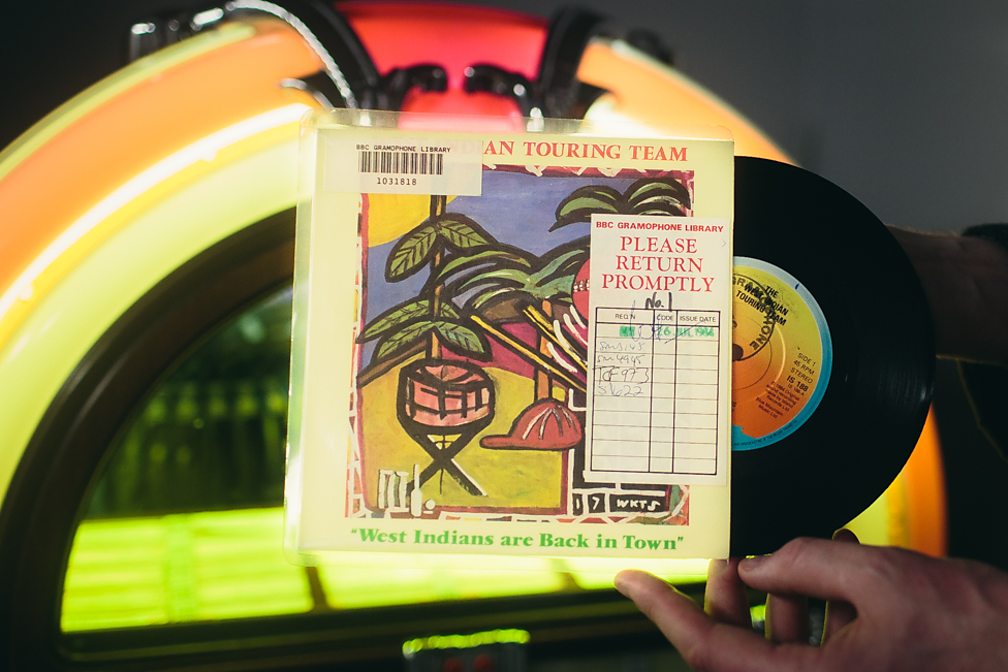 "The B-side of this is called Skipper Lloyd (Have Mercy), which he didn't on that tour of England, and it's got [fast bowler] Joel Garner singing on it. We've never seen this on CD and it's the kind of thing we get asked for when people are doing features on sport songs, or singing sportspeople. I haven't heard the A-side by the West Indian Touring Team, but I imagine it's very cheerful, which I wasn't as we got absolutely thrashed." 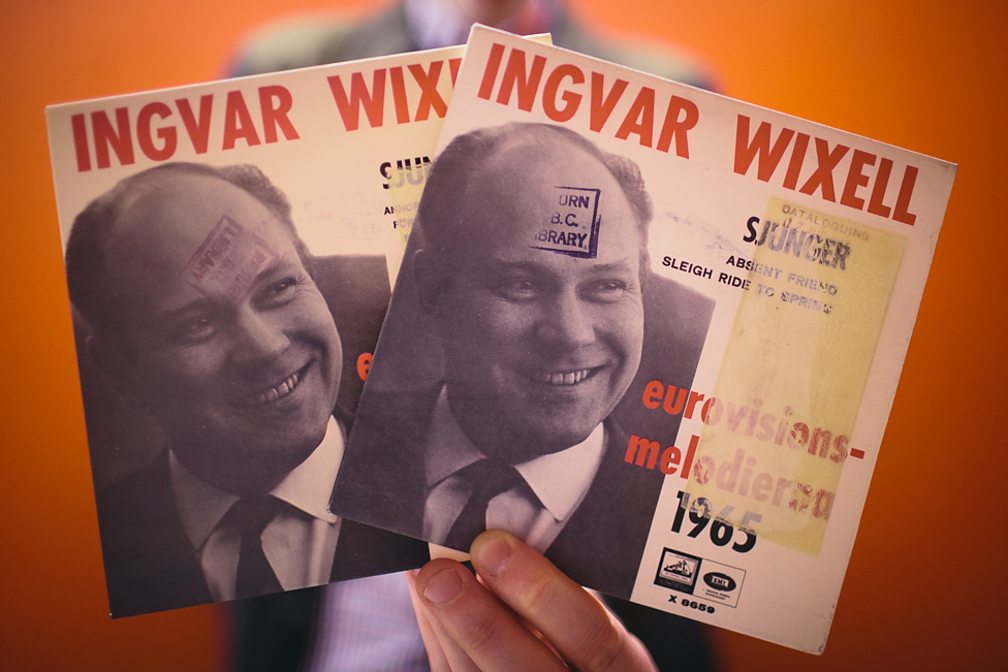 "If you look up Ingvar Wixell, you'll find out he was a really respected opera singer, who sung at Covent Garden and places like that. This, though, is the 1965 Swedish Eurovision entry, which he also sang and they released not only in Swedish but English. He went on to great things, but this will forever be in his musical closet. I think that's great." 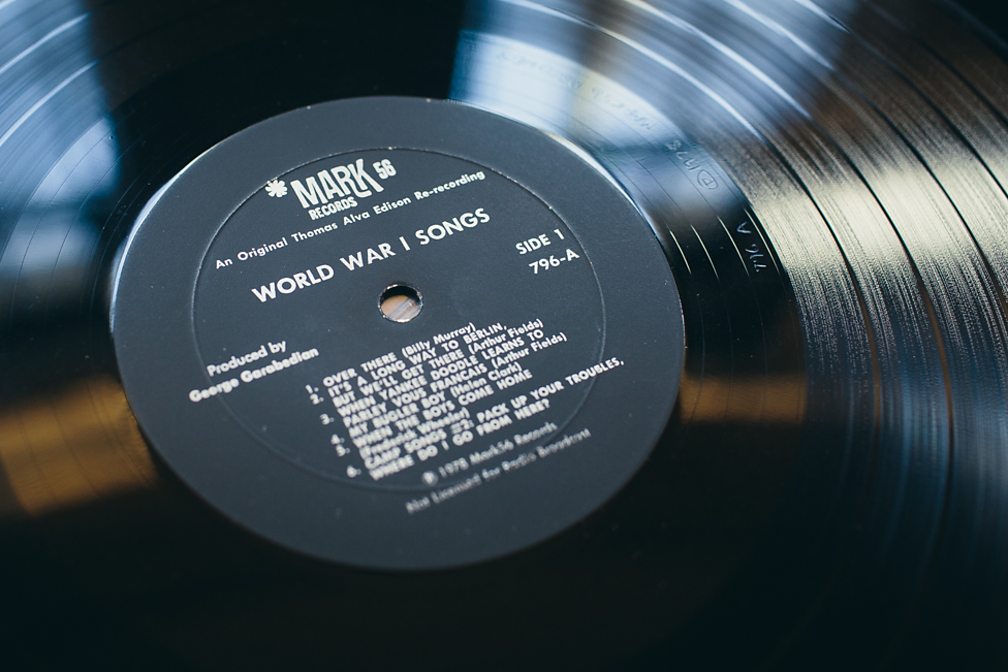 "As you know, the World War I anniversaries are ongoing and a lot of the original music from that era is on 78. This is an LP that we've had dubbed that has never been released on CD. It's songs from the time, and it's been invaluable to programme makers. There's loads of World War II stuff on CD, but far less from the first war, although plenty of compilations are now coming out." 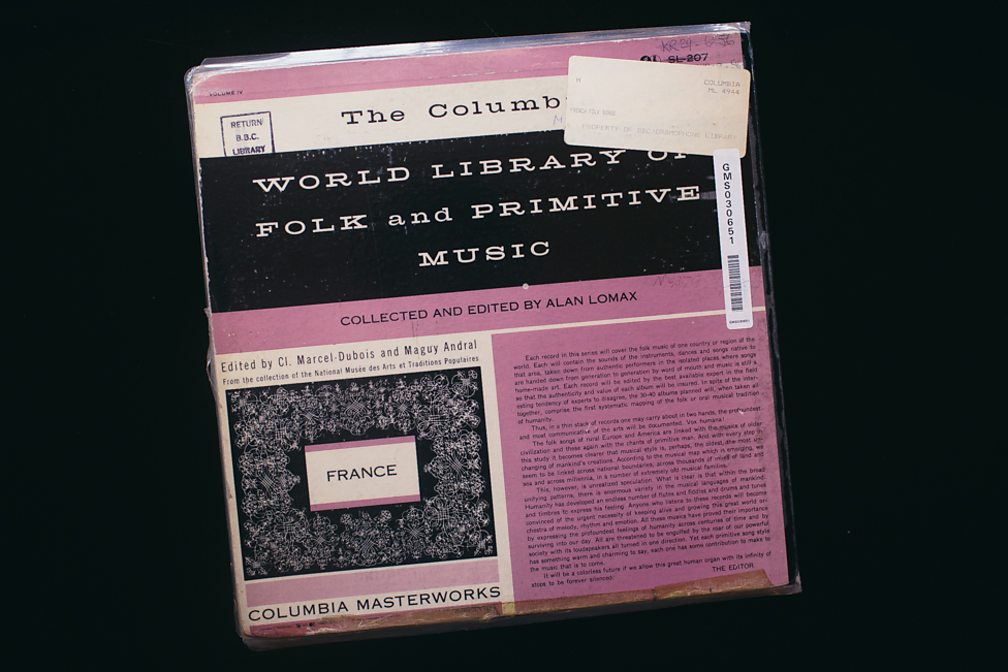 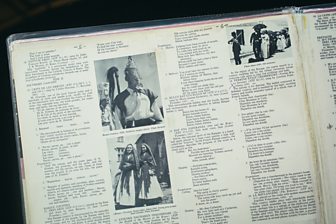 "This is world music - French folk. We got asked for it recently because the first track on it is an arrangement of an operetta song and the producer was after something that was typically French and an instrumental. I couldn't find anything on CD, but I found this. The version on here is a guy playing accordion, which worked well, so we digitised the track and it was used in the programme." 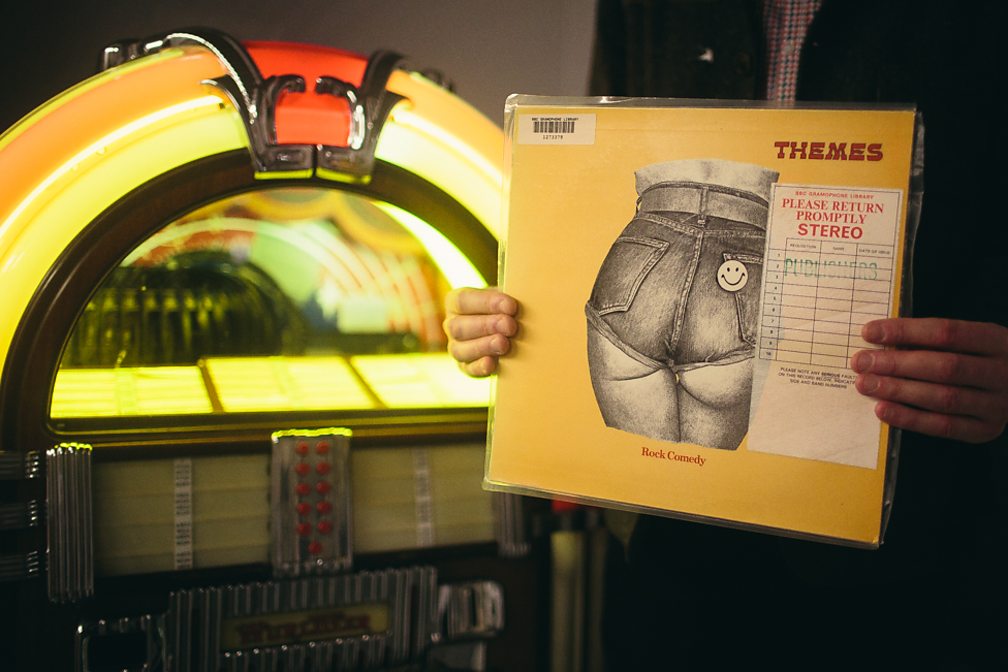 "It's mood music, or production music, and you might recognise the song Chicken Man by Alan Hawkshaw on here - it's the Grange Hill theme. So, years back in the day, someone would have come in, borrowed this selection of mood music and listened through looking for a theme. It also has a very sexist 70s cover, and there are plenty of albums in the archive with shocking artwork. We've got one called Birds & Brass - female musicians playing brass instruments - that actually has boobs on the cover." 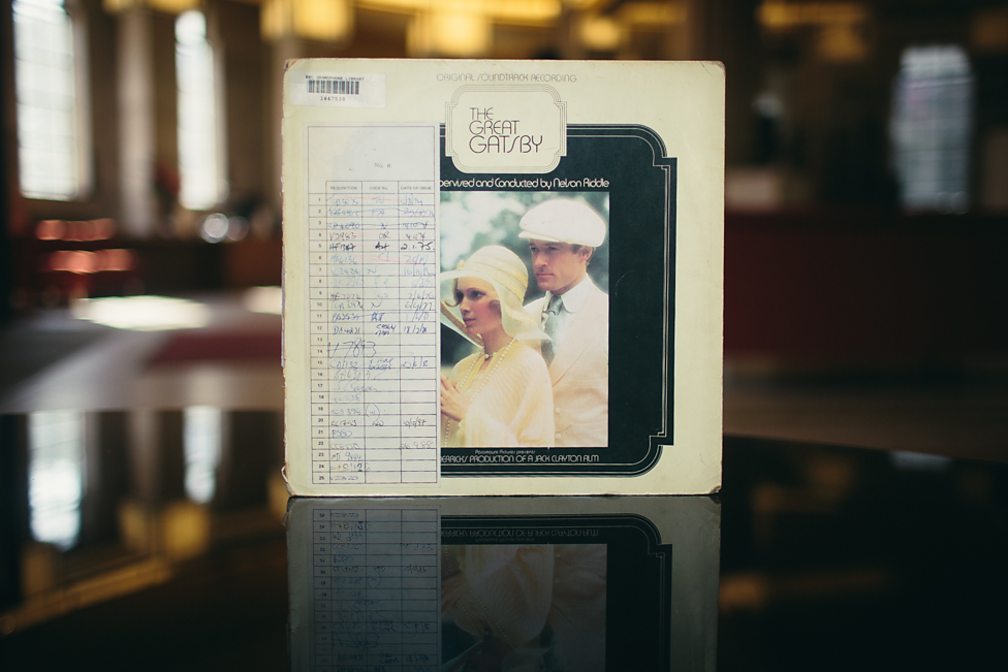 "When the Baz Luhrmann Great Gatsby film came out in 2013, some of the arts people here got interested in the film from 1974 with Robert Redford in it. The soundtrack was done by Nelson Riddle and, for whatever reason, it has never appeared on CD. The only thing we can think of is that there's some kind of issue over rights. You can't assume music makes it onto CD, even if there's demand and the music is high-quality. Legal problems get in the way." 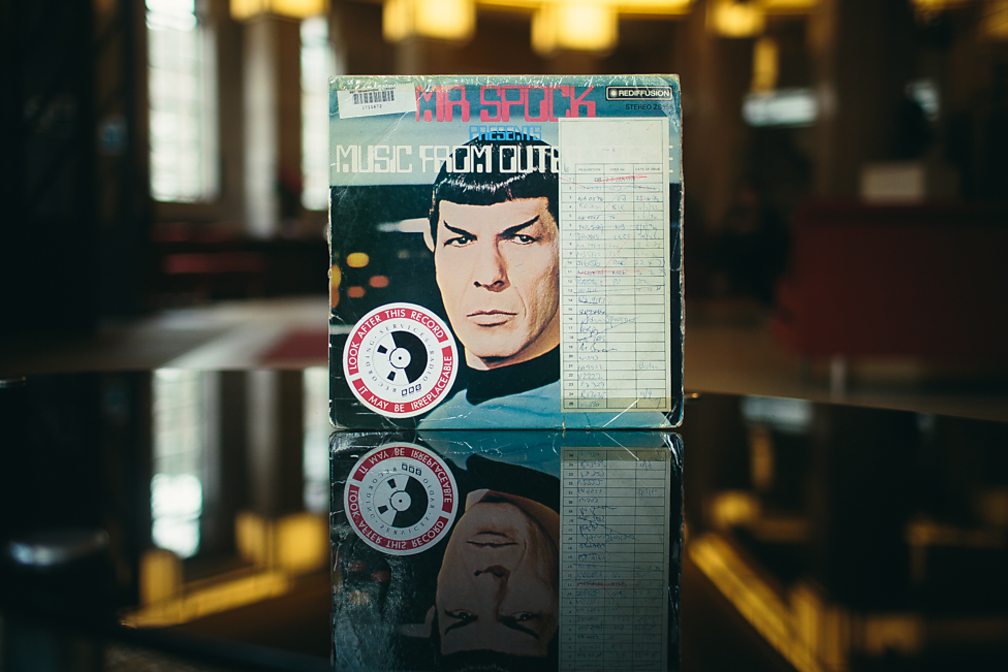 "Pretty sure you can find this on CD, but we don't have it and it's a fun record. There's plenty of William Shatner music out there, but it's Shatner as Shatner, not Captain Kirk. This is Leonard Nimoy in character as Spock. Pretty niche record, but of interest. There's definitely something about Spock." 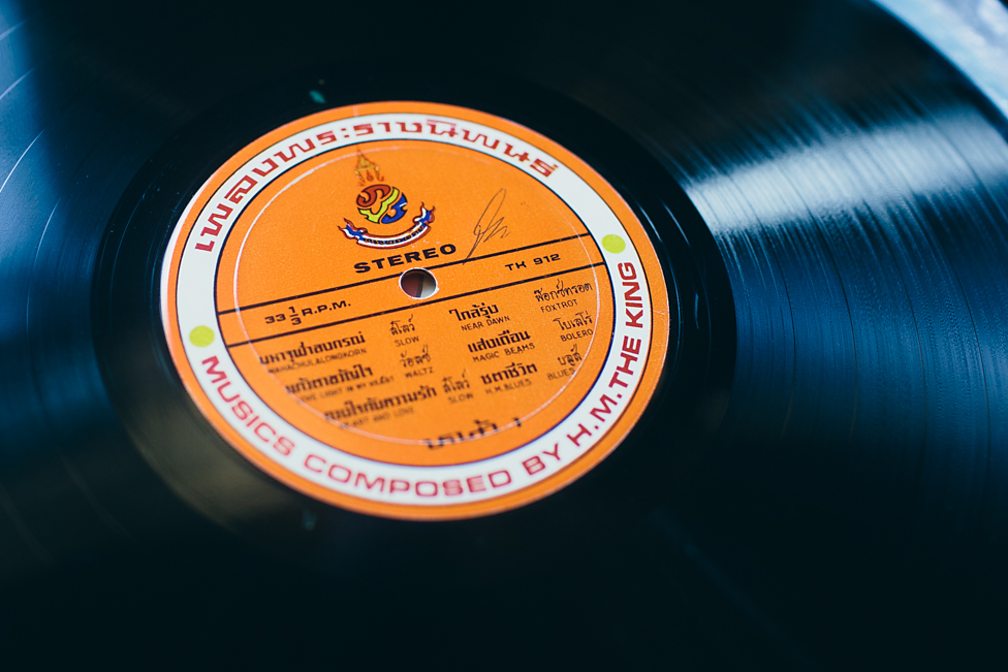 "This is great - an album by the King of Thailand. On its own, it would be noteworthy, but it's what written on the back that's incredible: 'It is generally accepted by Thais and foreigners alike that music composed by King Bhumibol is, to say the least, uniquely and melodically immortal...' We've got music in the archive composed by people like Henry VIII and various kaisers, but, as far as I know, we don't have much by living monarchs." 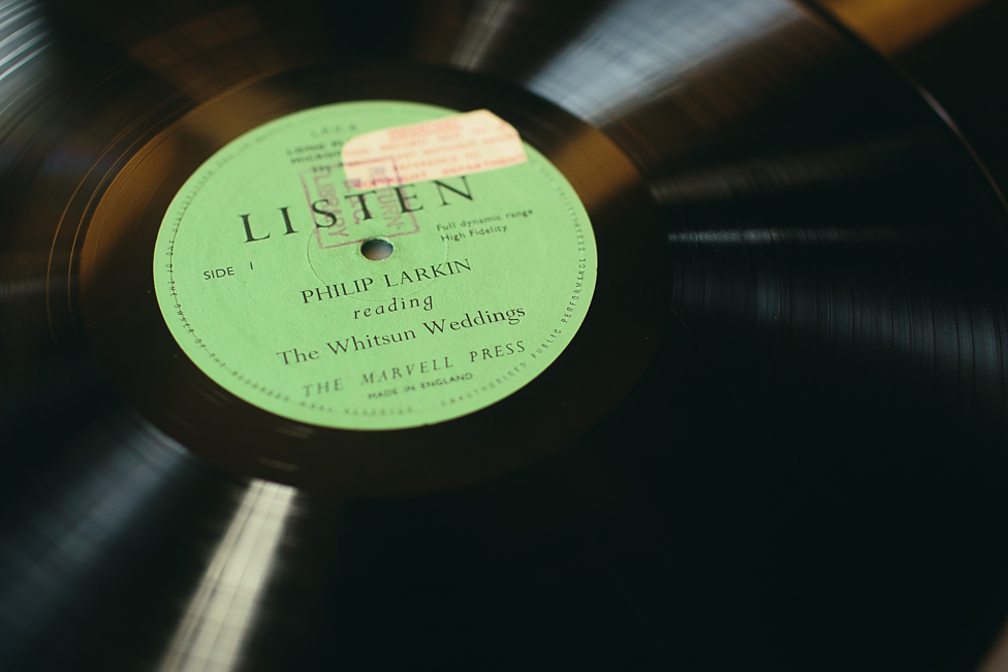 "Larkin reading poetry and, funnily enough, there are quite often right issues with these kinds of records. Spoken words can fall into odd categories. In the Radio Archive, we have the Whitsun Weddings being read, but not by the poet himself. This was a commercial recording and treated more like a music album, although it's all speech."

Barbara Cartland with the Royal Philharmonoic - Album of Love Songs (1978) 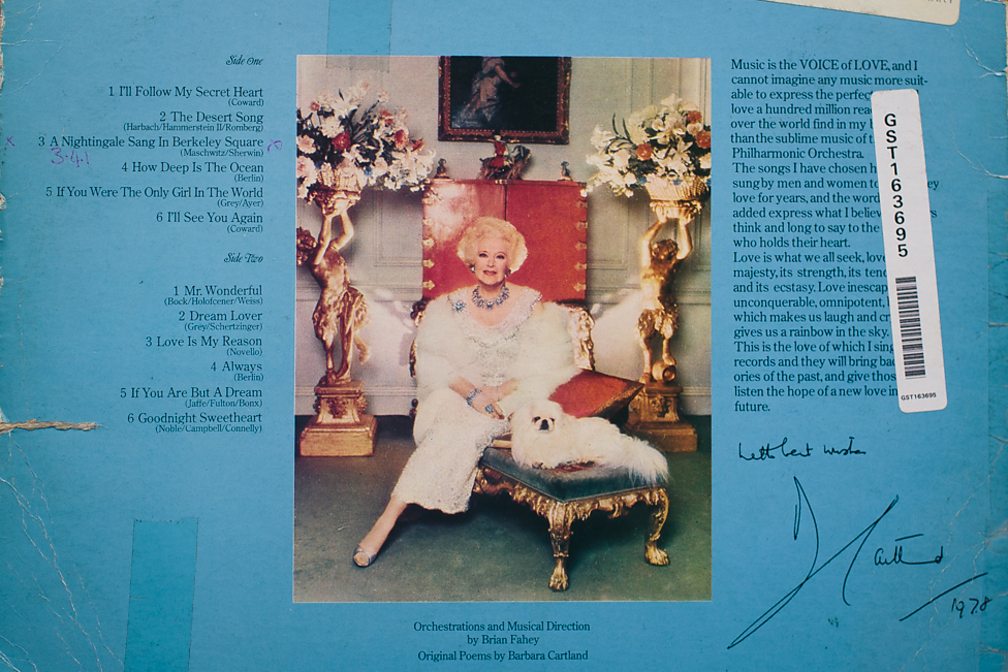 "Last, but not least, possibly the greatest love album of all time - Barbara Cartland's Album of Love Songs. We used to play this when we had a turntable in the office and it's absolutely dreadful, as is the cover. And we've also got music by her relative, Raine Spencer - Diana's mother - who was also known as Acid Reine; a very rare recording."