7 of the most scathing record reviews of the year

It's increasingly rare to find a critic willing to cut through the noise and say what they really think about an album - especially when it flies in the face of popular opinion and record sales. But a well-argued take-down can still generate publicity, support… and maybe a little bit of schadenfreude, too. Here are seven scathing reviews that got people talking in 2018. 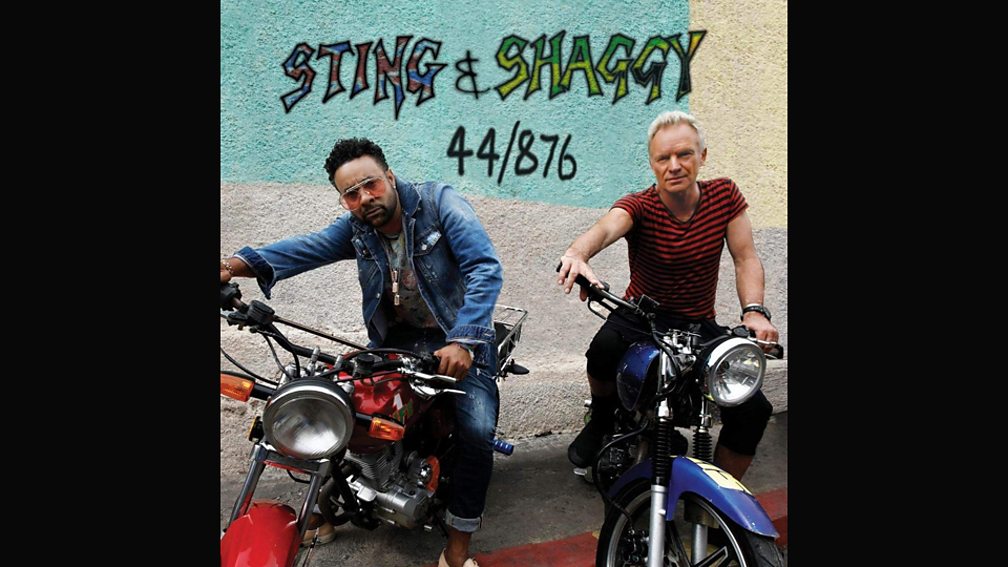 It's surprising anyone would make or listen to this, when there's literally 50 years of reggae music to choose from
The A.V. Club

In what was arguably the strangest musical collaboration of the year, Sting and Shaggy teamed up to make a reggae album, juxtaposing their respective international calling codes - 44/876 - as a title for the project.

The critical consensus proved favourable, with some reviews arguing that while the album may sound hopelessly lame, it amounts to some good-natured fun with plenty of novelty value. Who else but Shaggy can chime in with lines like, "Biddy bong bong," and, "Big up the UK, man, yeah, bam bam!" between verses? Where else would you encounter a musical courtroom drama where Shaggy plays a judge and Sting a drug-dealing human trafficker?

Sean O'Neal of The A.V. Club was less amused. "It's surprising anyone would make or listen to this, when there's literally 50 years of reggae music to choose from," he begins. "Yet here we are."

Mostly, the writer goes on, 44/876 is the sort of "limply competent" stuff you'd expect to hear in all-inclusive Caribbean resorts or Sting's office - recommended only if you enjoy Malibu rum and "Rasta-fying things by 10 per cent or so".

"Sting's offered a politely weak-tea version of reggae for decades, and here he cranks up his faux-Jamaican patois to pledge that 'the ghost of Bob Marley / Haunts me to this day' - Marley's spirit doomed to walk the earth, moaning for Sting to knock it off - all while Mr Boombastic lends his baritone big-ups to the duo's slick, beachfront-condo vibes. Perhaps the only shocker is that this Tommy Bahama shirt of an album isn’t even fun to laugh at."

It's surprising anyone would make or listen to this, when there's literally 50 years of reggae music to choose from
The A.V. Club

Justin Timberlake - Man of the Woods 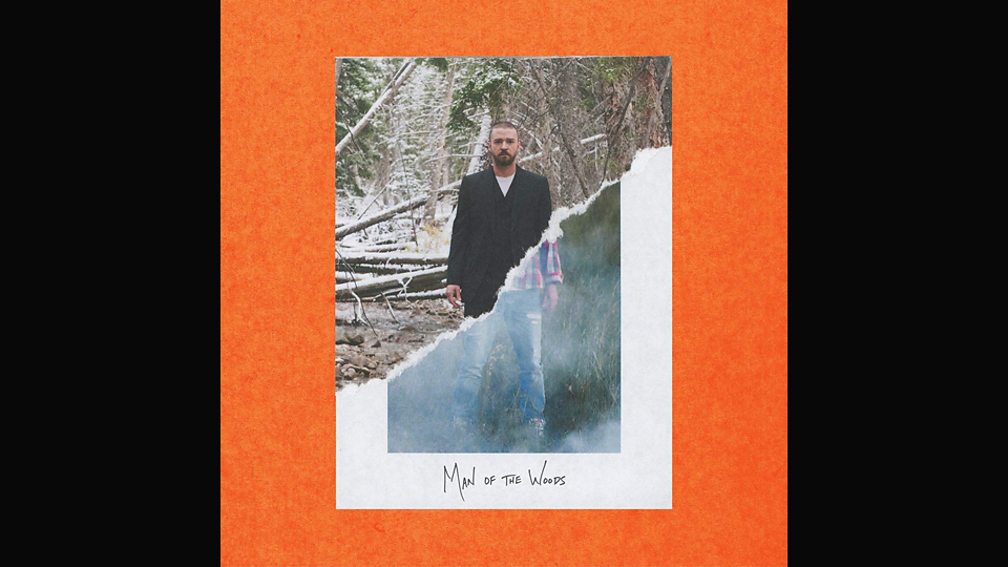 If this is the real Timberlake, maybe he should go back to pretending
Northern Transmissions

Two days before Justin Timberlake performed at this year's Super Bowl, his fifth album Man of the Woods debuted at No.1 in the US. But the critical consensus proved divisive, with many reviewers confused by its hybrid sound - country-inspired RnB - and onslaught of "awkward sex lyrics", as Spin called them.

"Is Justin Timberlake serious?" begins Max James Hill in his review for music website Northern Transmissions. "What's clearly meant as a back-to-basics exercise in authenticity comes off as shallow and poorly thought out, a grab bag of tracks sampling gospel, country, folk and funk that proves about as rugged as a stripper in a lumberjack costume."

Cringe-worthy lines are rolled out, from JT comparing his private parts to a faucet on the title track to describing the colour of male and female sexual organs on Sauce.

Hill argues that while there's barely enough material in each of these songs to justify two minutes in length, let alone four, the singer's creative choices offer plenty to unpack. It's the unbridled depiction of white masculinity, the "tone deaf" cultural tourism, as well as references to living off the land that just seem hollow and unintentionally hilarious coming from one of the world’s most wealthy musicians.

"It's a big swing and a miss, a belly flop of an album," the reviewer writes. "As Timberlake spits in the album's opening track, 'Haters gonna say it's fake, but it's so real.' If this is the real Timberlake, maybe he should go back to pretending."

If this is the real Timberlake, maybe he should go back to pretending
Northern Transmissions 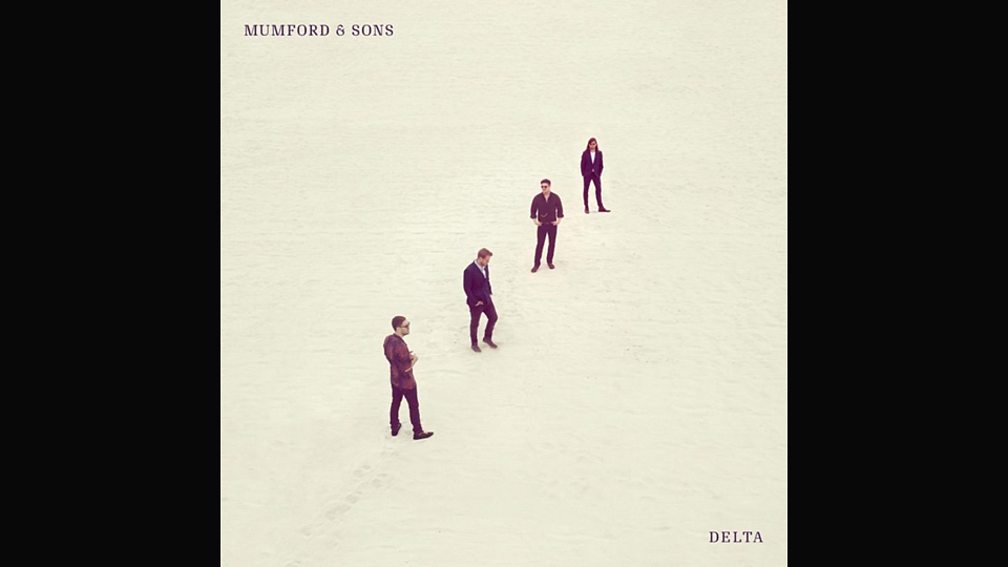 When Mumford & Sons decided to record their fourth album with top producer Paul Epworth (Adele, Coldplay, U2), the idea was to reassess their sound after departing from the Americana aesthetic that first brought them fame. And while the results earned the four-piece a third No. 1 album in the US, Rolling Stone labeled Delta an "epic bummer" that feels overwhelmed by its ambitions.

The trouble, writes critic Jon Dolan, is that its eclectic vision of pop gets weighed down by gloomy self-seriousness. On Slip Away, Mumford sounds "like he's MCing the grand opening of a trauma ward for people afflicted with too much emo", while on Forever the singer comes off sounding downright puritanical: "I've known pious women who have led such secret lives / Shameless in the dark, so shameful in the light."

"The man just wasn't made for these times - which gets to a paradox at the heart of Delta," Dolan concludes. "The Mums were much more likeable back when they were pretending to be coal miners who churned their own butter. Compared to this stuff, that was a decent look." 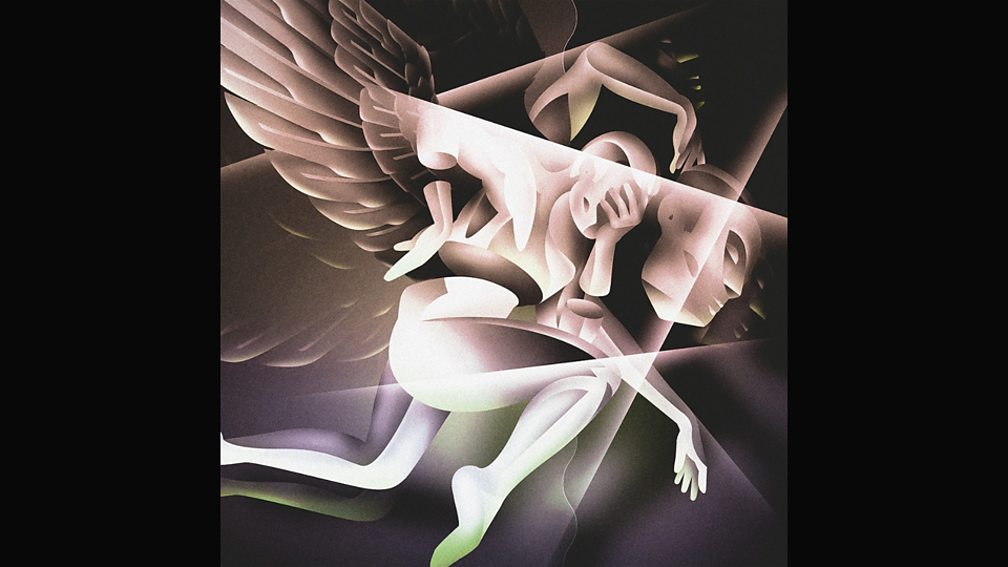 There is nothing for you here. There is, in fact, almost nothing here at all
Pitchfork

In February it emerged that original Smashing Pumpkins members James Iha and Jimmy Chamberlin were not only rejoining the band, but working on material with producer Rick Rubin for the first time in 20 years. Fans began to grow excited.

But after hearing the resulting Shiny and Oh So Bright, Vol. 1 / LP: No Past. No Future. No Sun., Jayson Greene of Pitchfork had a warning for those listeners: "There is nothing for you here. There is, in fact, almost nothing here at all. In the annals of 90s bands that have reunited to thrust a new album into the void where inspiration used to be: Shiny might contain the least imagination, the least personality, the least effort, the least love."

Greene diagnoses the songwriting of frontman Billy Corgan as suffering from "terminal vacancy", offering the song Travels as a perfect example of why you won't hear "a single decision being made" in 31 barren minutes: there's so little substance that the track eventually just "clicks off like a light in an empty kitchen".

In fact the writer grows so frustrated with Corgan's lyrics that he questions whether there was any intent behind them at all, speculating that sentiments such as, "When doldrums age in platinum / I've a starship you can use," must have been translated into numerical code and then back into words again. "Shiny is an album-shaped unit with nothing inside," writes Greene, finally. "And the only thing I know for certain is that nobody cares about it, least of all its creators."

There is nothing for you here. There is, in fact, almost nothing here at all
Pitchfork 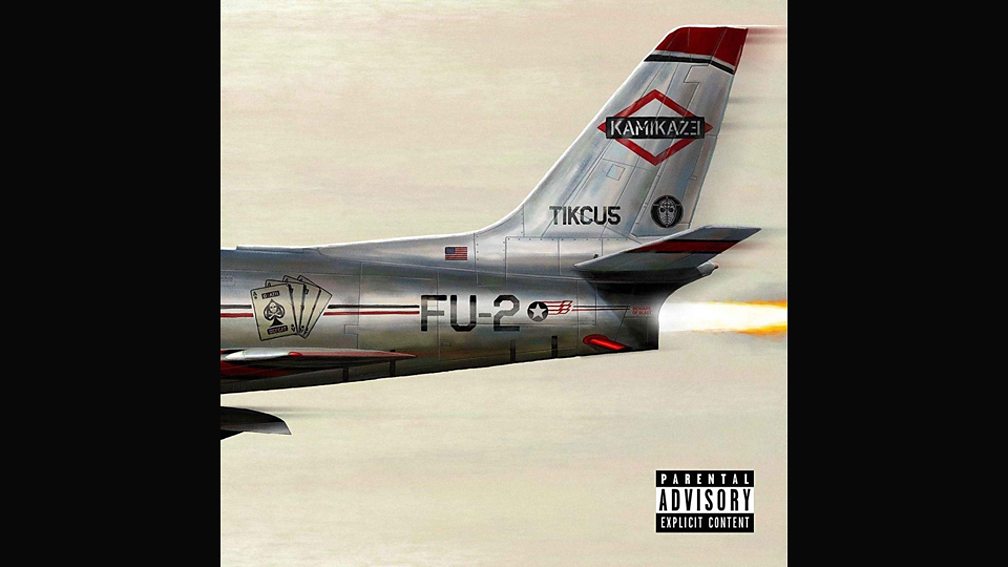 Where is that guy? Do you know where that guy is? Do you have his email or phone number? Is he coming back anytime soon?
The Needle Drop

Eminem's 10th album was largely seen as an aggressive return to form, topping charts around the world. Its surprise release just eight months after the backlash to Revival reflected an urgency that fans hadn't seen from the rapper in some time.

But for YouTube music critic Anthony Fantano of The Needle Drop, the reason Kamikaze fails is because that aggression is mostly directed at people who have justifiably criticised his music. In a 15-minute video review watched over one million times, Fantano argues that although Eminem was once an underdog weirdo capable of exploring dark topics with cartoonish humour… those days appear to be long gone. There are a handful of palatable moments on Kamikaze, the critic adds, but they're cancelled out by the "consistently bitter and vengeful tone" of someone taking himself way too seriously.

As proof that Eminem suspects as much himself, Fantano singles out a moment of self-awareness on the song Lucky You: "I don't wanna seem mad / But in fact, where the old me at? / The same cat that would take that / Feedback and aim back, I need that."

"That's what I'm saying," says Fantano with a shrug, nearly 12 minutes into his review. "Where is that guy? Do you know where that guy is? Do you have his email or phone number? Is he coming back anytime soon?"

Where is that guy? Do you know where that guy is? Do you have his email or phone number? Is he coming back anytime soon?
The Needle Drop 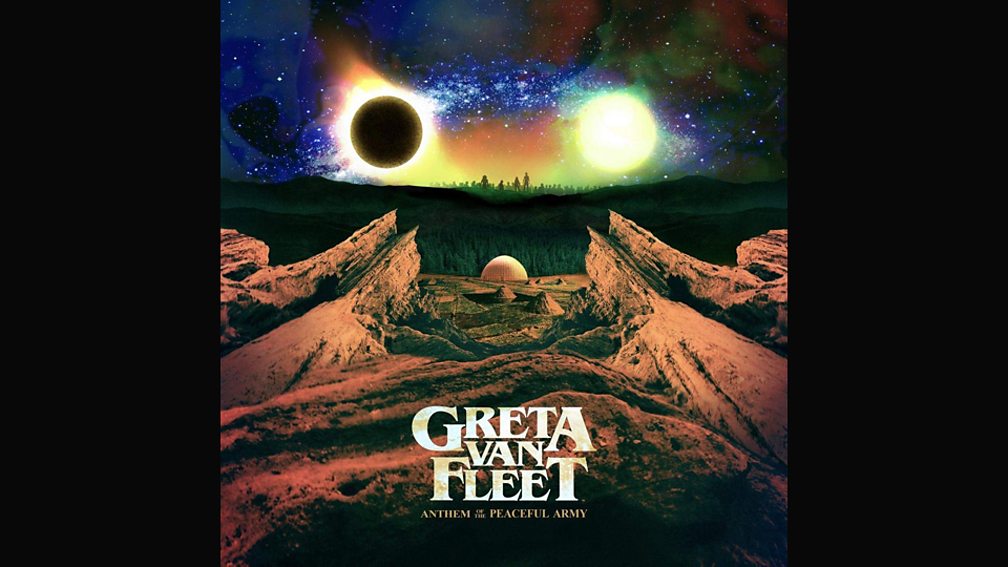 In October, Pitchfork gave Greta Van Fleet's debut album a rating of 1.8 - its lowest of the year - in what became the most discussed trashing of 2018. The fallout went viral, generating a wave of publicity for the band and sparking debate around what should be considered fair game in an album review.

To be fair, Anthem of the Peaceful Army proved popular with rock-minded platforms and even debuted at No.3 in the US. For Pitchfork's Jeremy D. Larson, however, the Michigan four-piece signify "a new kind of vampiric band" ready to resuscitate the dregs of classic rock using data-driven business models. But that’s not the only reason he despises them.

"Greta Van Fleet sound like they did weed exactly once, called the cops, and tried to record a Led Zeppelin album before they arrested themselves," the review begins… and it doesn't let up from there. Larson takes shots at the band's image ("hippie costumes they 3D-printed off the internet"), their inspirations, their lack of self-awareness and their ability to create anything of merit.

"Each song here could be written or played by any of a thousand classic rock cover bands that have standing gigs at sports bars and biker joints across America," he writes, adding: "They are just swatting at crusty platitudes and copy-pasting old mythos hoping no one notices that they are too small, too inept to even put forth one meaningful, specific, original idea." 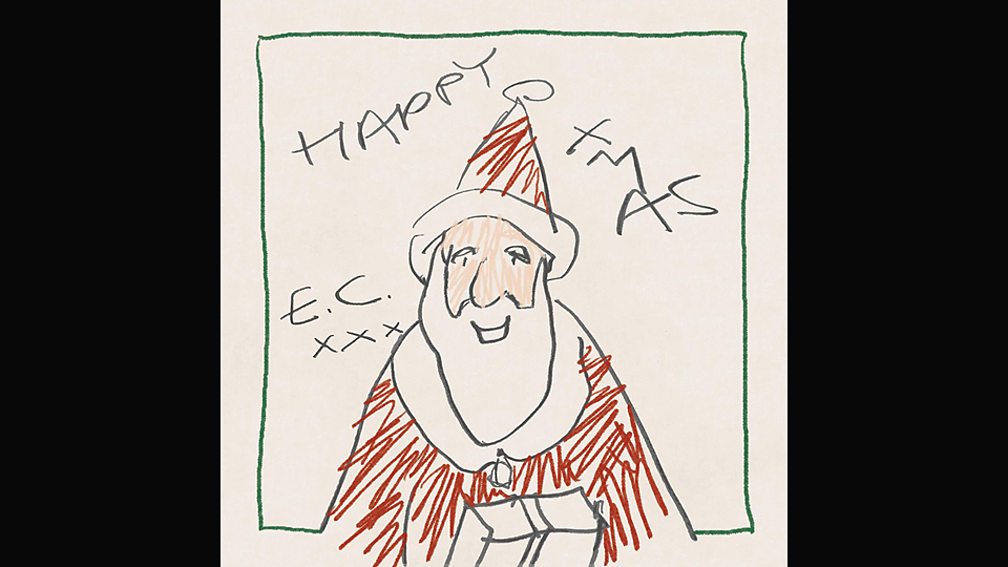 Happy Xmas is Eric Clapton's first Christmas album, made up of 13 covers (a mix of well-worn anthems and more obscure numbers) alongside one original song. Writing for the Guardian, Laura Snapes immediately notes that the collection - "one that is as 'will this do?' as its half-arsed artwork" - contains a six-minute version of Jingle Bells dedicated to the memory of Avicii, who died earlier in the year.

Although a touching gesture in theory, the reality of a blues guitarist paying tribute to the DJ through an unrecognisable remix of a Christmas classic just seems baffling. But it also sets the tone for a set of songs lacking any festive warmth whatsoever.

While Snapes acknowledges that Christmas albums can be a bizarre concept by definition - aimed at people who enjoy hearing familiar voices recycle the same old songs - Clapton is barely recognisable here. The 73-year-old heaves out Away in a Manger "as if between sobs" while the "cyborg smoothness" of Silent Night feels chilling.

"At least Christmas Tears is aptly named for the effect induced by its combination of 12-bar blues' lusty strut and Yankee Candle phoniness," she writes. "The one original song, For Love on Christmas Day, has a funereal shudder. 'I look up and I wonder, have I lost my guiding star?' Clapton sings. The question answers itself."