7 huge artists that only released one legendary album

From the Sex Pistols to Jeff Buckley and Buena Vista Social Club, pop is awash with those that released one hit album and never followed it up - sometimes going out in a blaze of glory, or, in Buckley's case, having a career tragically cut short by early death.

But what about the artists who kept going long after their classic debut had been released, or had already been on the road for years before suddenly coming up with a gem, then never bettering it? There's no shame at all in being a one-album wonder - an artist can forge a long career off the back of one dazzling moment of brilliance, as indeed these seven have. And, of course, pop isn't just about albums - many of these artists have scores of great singles hidden away on different alums. 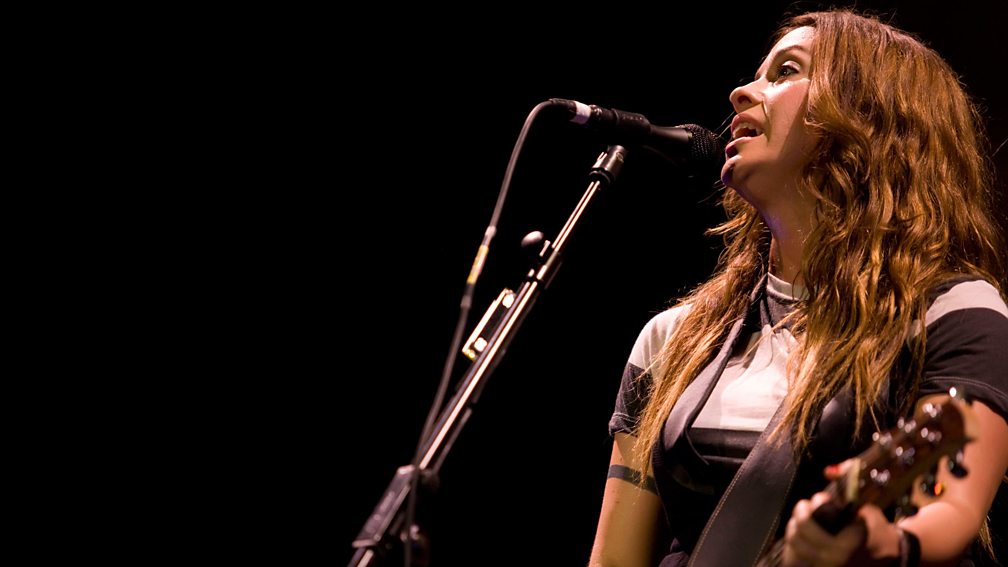 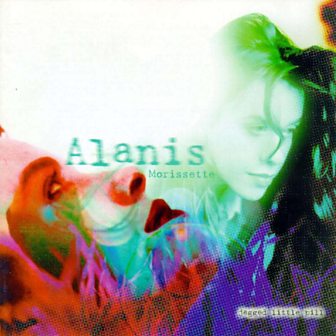 Canadian-American singer-songwriter Alanis Morissette is playing two nights at London's 5000-capacity Eventim Apollo in July, suggesting she's still a huge live draw, and yet she hasn't released an album since 2012's Havoc and Bright Lights. A new one - her ninth - is due sometime this year, and Alanis will no doubt be trying to come up with something that lodges in the brain in the same way that 1995's Jagged Little Pill did. Songs from that record - Ironic, All I Really Want, You Oughta Know, Hand in My Pocket - captured the post-grunge zeitgeist and became iconic.

Alanis had already cut her teeth in Canada, releasing two albums there, before moving to LA and working on Jagged Little Pill with producer and songwriter Glen Ballard. It was her first internationally released album and it went truly global - reaching No.1 in the UK, US, Australia, New Zealand and six other countries in-between. It also won five Grammys and is now thought to be the 12th highest-selling album of all time with around 30m sales. And although its follow-up, Supposed Former Infatuation Junkie, was a perfectly decent record that sold well, it hasn't survived the test of time in the way Jagged Little Pill has. In 2005, Alanis marked Jagged Little Pill's 20th anniversary by releasing an acoustic version. 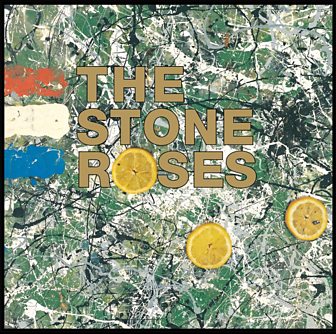 The Stones Roses' 1989 self-titled debut might have seemed like it came out of nowhere, but it had been a long time coming. Singer Ian Brown and guitarist John Squire had formed the band in 1983, drummer Reni joined soon after, and although they quickly found local fame in Manchester, not much was happening for them nationally until Mani became their bassist in 1987. "When Mani joined it almost changed overnight," Brown later said. "It became a totally different groove... Straight away, everything just fell into place."

The debut was recorded in London between June 1988 and February 1989, released in May 1989 and it was hardly an immediate success. In a 7/10 review, the NME said, "This is quite good. Just." But they backtracked quickly, claiming by the end of the year that it was the second-best album of the year, and its stature has only grown since - it's now widely considered to be one of the greatest British albums of all time. A legal battle with their label and intra-band squabbles resulted in a five-year delay before its follow-up, Second Coming, was released, by which time the sting had gone out of The Stone Roses. The album had its moments, but was met with a shrug by the press and fans alike, and the band split up soon after. They reformed in 2011, released new songs, but we've yet to see a third album.

Meat Loaf - Bat Out of Hell 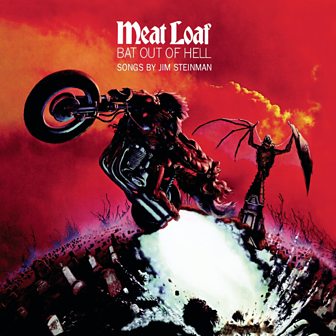 Meat Loaf made his name as an actor/singer in the musicals Hair and The Rocky Horror Picture Show, and Bat Out of Hell - his 1977 major label debut - has its roots in musical theatre, too. The album was developed from a futuristic rock version of Peter Pan, Neverland, that composer Jim Steinman wrote a workshop for in 1974. In Meat Loaf, he found a perfect performer for his operatic mini-epics, and a perfect producer in Todd Rundgren. The album was recorded in New York between 1975 and 1977, and released in 1977 to not much initial interest. It was a grower, and is now thought to be the fourth best-selling album of all time.

Subsequent albums fared less well, leading Meat Loaf to issue a follow-up to Bat Out of Hell in 1993, Bat Out of Hell II: Back into Hell, which spawned the hit single I'd Do Anything for Love (But I Won't Do That), and the franchise became a trilogy in 2006 with Bat Out of Hell III: The Monster Is Loose. In all, Meat Loaf has released 13 studio albums, the most recent of which was 2016's Braver Than We Are. 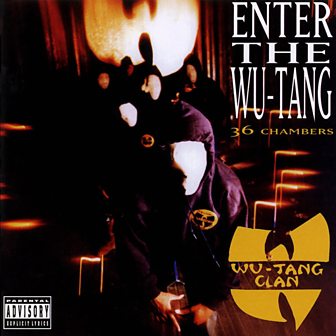 "When the Wu-Tang Clan came out, no one could really judge it - you either liked it, or you didn't, but you couldn't compare it to anything else," Pharrell Williams said in 2016 about the Staten Island group. Their gritty, hardcore 1993 debut, Enter the Wu-Tang (36 Chambers), re-wrote the rule book for what was possible with a hip hop album, and helped New York reclaim rap's crown from Los Angeles, where groups like N.W.A had blown up in the late-80s with a laid-back, West Coast gangsta rap sound.

Wu-Tang leader RZA had always intended to sign individual rappers in the Clan to different labels, giving them solo careers. In doing so, a stream of Wu-Tang-affiliated classic albums came out - including Method Man's Tical, Raekwon's Only Built 4 Cuban Linx, GZA's Liquid Swords, and Ghostface Killah's Ironman and Supreme Clientele - but the group itself would never match the heights of their debut. Second album, 1997's Wu-Tang Forever, was highly anticipated but over-long, and the less that's said about subsequent Wu albums the better. They never managed to function as a team again, despite being made up of star players.

[LISTEN] BBC Archive - The Beach Boys introduce themselves to the UK. 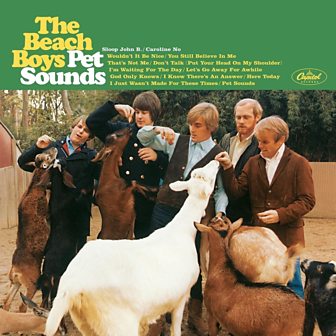 The 10 Beach Boys albums before 1966's Pet Sounds are very much collections of hit singles with added filler - they didn't seek to create a coherent album experience, although they were sometimes themed, like 1964's Little Deuce Coupe, mostly comprised of songs about cars. Pet Sounds was far more ambitious and a response of sorts to The Beatles' Rubber Soul, which had expanded the sonic palette that pop groups were using at the time. Group leader Brian Wilson was impressed and sought to create what he called "a complete statement" - a record that made sense as a whole, especially in its arrangements and production.

Pet Sounds was acclaimed on release in the UK, but it wasn't an instant hit in the US, only making No.10 in the chart. Wilson followed it up with an excellent single, Good Vibrations, but the sessions for the next Beach Boys album, Smile, collapsed. Troubled by mental health issues, he became a bit-player in his own group, who would never match the unified brilliance of Pet Sounds again, although there are plenty of great songs on all of their future albums. 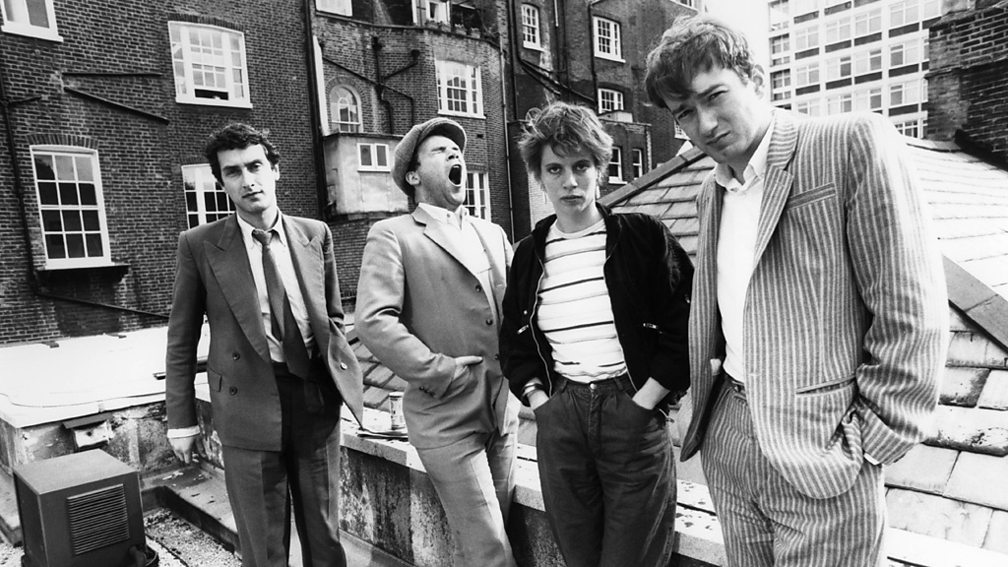 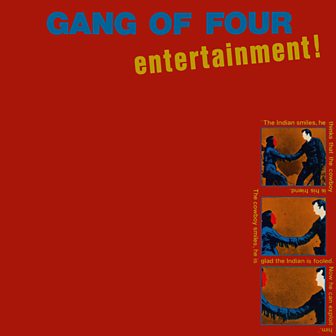 Post-punk band Gang of Four may not be the most famous group in this list, but in 1979 they released a debut album, Entertainment!, that did well at the time (NME ranked it at No.5 in their Albums of the Year for 1979) and would go on to become enormously influential. Many early-2000s bands in the US and UK, like LCD Soundsystem, Franz Ferdinand and The Futureheads, ran with Entertainment!'s formula of combining punk with dance music elements, cementing the Leeds group's reputation in the 21st century.

Gang of Four released three more albums in the early-80s, before quitting and reforming again, first in the 90s and then again 2004. In total, they now have eight studio albums to their name, but it's for Entertainment! that they remain best-known. In 2004, Pitchfork ranked it as the eighth best album of the 1970s, and it also features in Rolling Stone's list The 500 Greatest Albums of All Time, at No.490.

The Darkness - Permission to Land 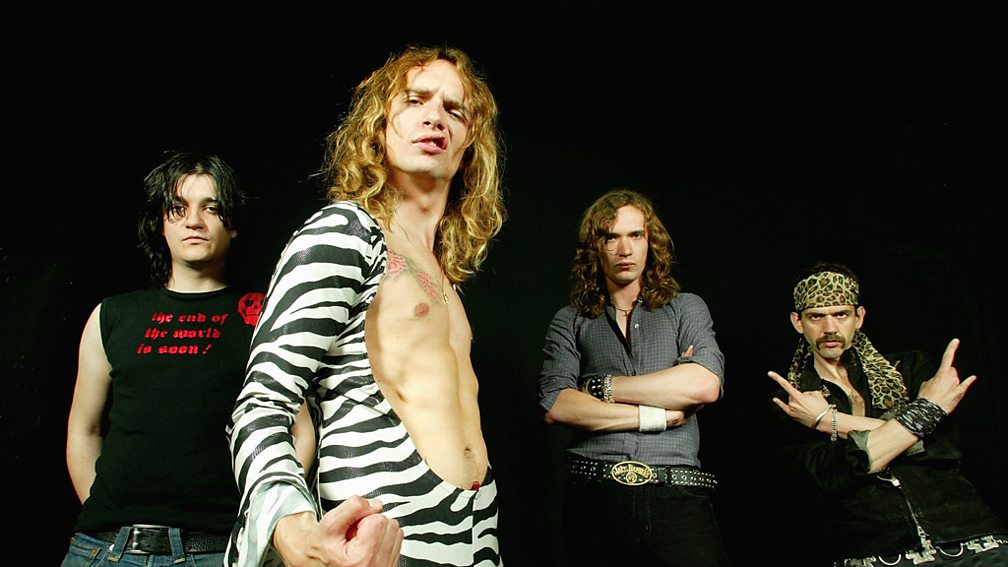 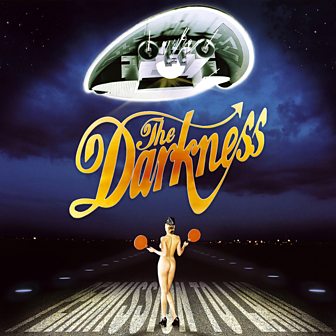 The Darkness seemed out of whack with prevailing trends in music in the early 2000s, struggled to get signed, but ultimately found a huge audience of music fans who were non-plussed by trendier groups like The Strokes and The Libertines and just wanted to rock like it was 1975 all over again. Permission to Land came out in 2003, shot up the charts to No.1, and eventually went four-times platinum. Just a year later, they achieved their dream of headlining the Reading + Leeds festival.

The Lowestoft group's time at the top of rock didn't last long. Second album, 2005's One Way Ticket to Hell... And Back, was met with iffy reviews and they struggled to sell out venues on tour to promote it. Singer Justin Hawkins walked in 2006, the band imploded, but they reformed in 2011 and have released three albums since.