From BBC Music Introducing to the Mercury Prize 2017 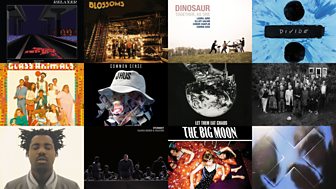 Another year, another Mercury Prize shortlist. As ever, we here at BBC Music Introducing get excited around this time, eager to see which albums are being celebrated but also, more importantly, which upcoming artists are getting the attention they deserve and which once-upcoming artists are making big waves.

There's something pretty special about this year's shortlist. Of the 12 artists with albums nominated, a grand total of 5 have at one time or another uploaded tracks to Introducing (plus an additional one skipped the Uploader altogether and went straight to doing a session for us - more on that later).

From radio plays and playlist features to studio sessions and to festival slots, find out more… #proud

Ed Sheeran first uploaded to BBC Music Introducing in Suffolk back in 2009 at the ripe age of 18.

He played the Introducing stage at Glastonbury in 2011, where he performed his first big single A Team, alongside a cover of Bob Dylan’s Make You Feel My Love.

Six years later, he has scored three No.1 albums, is one of the most streamed artists of all time and has headlined Glastonbury’s Pyramid stage. Not bad going, we say.

The Glass Animals boys first met at school before forming a band and uploading to BBC Music Introducing in Oxford in 2010. They were then selected to play the Introducing stage at Glastonbury 2014 and broke out onto the scene with their debut album Zaba.

They’ve since had huge support on Radio 1, with Annie Mac and Huw Stephens counting themselves as fans.

And being the nice boys that they are, they came back to fill a surprise slot on our stage at Glastonbury this year.

Loyle Carner is the alias of south London's Ben Coyle-Larner, and he first uploaded to BBC Music Introducing in September 2014.

He’s had huge support on Radio 1 and performed an amazing Kanye West cover in the Live Lounge. His debut album Yesterday’s Gone reached number 5 in the iTunes chart in January. Plus this year he came and played our stage at Radio 1's Big Weekend as a special returning artist. We can't get enough of him.

The Big Moon is made up of Julliette, Soph, Celia and Fern from London. The quartet first uploaded their music to BBC Introducing in June 2015. Later that year BBC Music Introducing took them to New York’s CMJ Music Marathon and they also played Radio 1’s Future Festival in January.

They too came back to play on our stage this year at Radio 1's Big Weekend and we were over the moon (sorry) to have them back.

Bonus clip: listen to The Big Moon react to being on the Mercury Prize shortlist

Blossoms began their BBC Music Introducing journey after uploading to their Introducing show in Manchester in 2014. They quickly became playlisted on Radio 1 as Introducing act of the week, were flown to SXSW in Texas to perform at the Introducing showcase, and were on the BBC Sound of 2016 list (alongside Loyle Carner).

Now Blossoms are playing headline world tours, supporting the likes of Liam Gallagher and have even teamed up with UK electronic duo, Chase & Status on a track.

Though they never ventured to create a profile on the BBC Music Introducing Uploader, alt-J did treat us to a special Maida Vale session back in 2011, performing a cracking rendition of Tessallate and also an unreleased song called 353.

Shoutout to @Sampha, the one that got away! Registered on the #BBCIntroducing Uploader but never uploaded a track 😭 #MercuryPrize 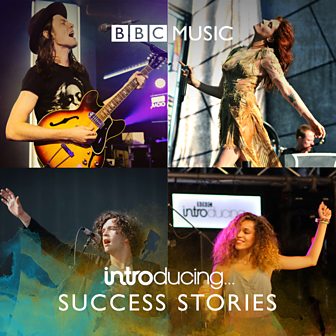 Listen to our playlist of Introducing Success Stories

If any of these lot win the Mercury Prize, they will follow in the illustrious footsteps of BBC Music Introducing alumni and past winners, Young Fathers.

Listen to our playlist of Introducing Success Stories