10 band names you probably won't understand if you're under 30

Naming a band is a tough job, and many's the group who have cast about their current lives for inspiration, picking ideas from TV shows, cars, the news, anything that might strike a common chord.

Some wind up with surprisingly mundane choices, naming their bands after everyday items. But others have names so rooted in a specific time the original inspiration can become murkier as time goes on. Or thrillingly retro, if you're lucky.

Here are some examples:

There aren't many bands who have chosen to name themselves after an item of government bureaucracy, but then UB40 were partly a product of their relationship with the state. Formed by a gang of reggae-loving mates on the dole, they shared the common experience of filling out the unemployment benefit form number 40 (now called a JSA form, short for Jobseeker's Allowance), the same one that they later used as the cover of their first album Signing Off.

And it had an immediate effect on their fanbase. In the late-1970s, unemployment had risen to around 1.5m, and was a hot political topic as the government changed from Labour to Conservative. By addressing the lack of opportunities for young people, they could be assured of a sympathetic ear from unemployed music fans.

It's entirely fitting that Buzzcocks should have inspired the name of a successful TV music quiz, given that they took their name from a TV catchphrase in the first place. Rock Follies was a 1976 ITV musical drama about a female rock band called Little Ladies. Loaded with 1970s slang, the script included the phrase, "What's the buzz, cock?", meaning, "What's going on here, my good fellow?"

Seizing upon this, a Time Out review of the series had the headline, "It's the Buzz, Cock!", and that's where Pete Shelley and Howard Devoto saw it, considering it a suitably risque spin on the name of their new favourite band, Sex Pistols, and therefore a perfect name for their own punk combo.

A success, Rock Follies was commissioned for one more series in 1977. 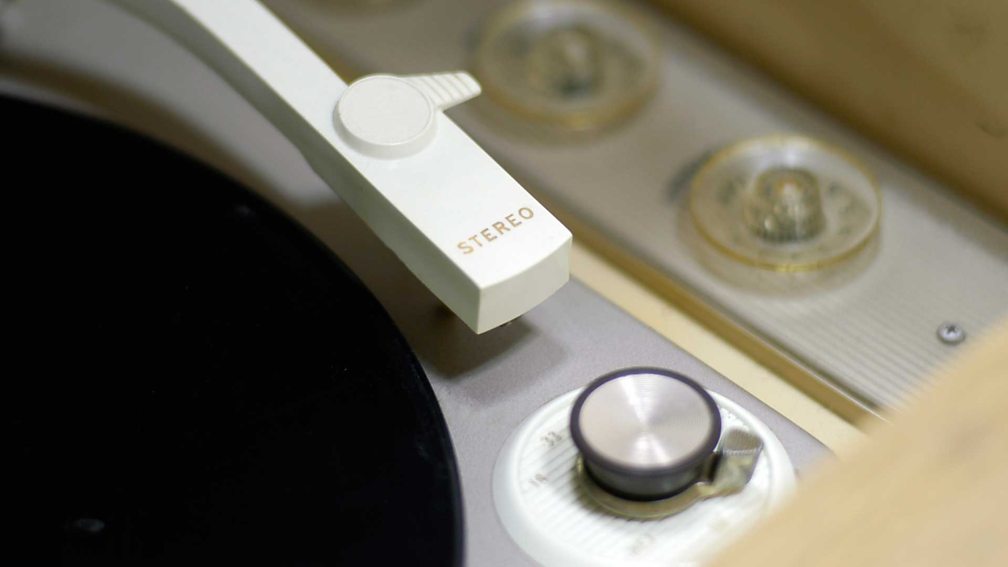 An absolute staple in the bedrooms of teenagers in the 1960s, the Dansette was a portable record player with built-in speakers and an autochanging spindle, created by London electrical suppliers J & A Margolin Ltd. Made with colourful melamine veneers that look like sideboards, they became synonymous with a certain style of interior decor and a specific time in pop's early history.

So if you wanted to capture the innocence of that era, and nail your musical colours to a pre-digital mast, The Dansettes is about as perfect a name as you can get. The interesting thing about The Dansettes is that they're not British, nor did they live through that time themselves. Formed in 2005, they're a 60s soul revival vocal trio from New York. 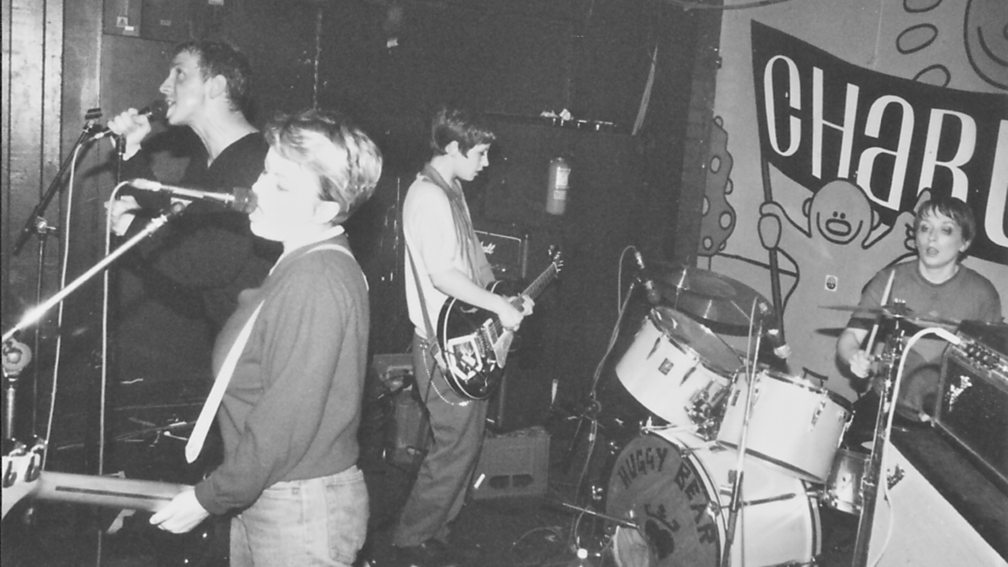 It's a toss-up whether people fondly look back on Brighton riot grrrl band Huggy Bear and think about the TV character they named themselves after or the 70s cop show Starsky and Hutch, which featured a superfly informant called Huggy Bear (played by Antonio Fargas in the TV show, and by Snoop Dogg in the movie adaptation).

Either way, Huggy Bear is a perfectly unexpected name for a feminist punk outfit that planned to revolutionise society.

No one would have thought there was a point of crossover between Roxy Music and children's TV, and yet, according to urban myth at least, that's how Bananarama came up with their name. It's a commonly repeated story that it was inspired equally by the anarchic late-60s TV show The Banana Splits Adventure Hour, and the Roxy Music song Pyjamarama. If true, it would be a phenomenally apt tale, given their midway position between giddy pop thrills and the acclaim of serious music fans.

However, only the Roxy part is true, and even that is more for the pun than the credibility. Sarah Dallin told Deseret News: "Our first single [Aie a Mwana] was in Swahili, banana sounded tropical. Our favourite group, Roxy Music, had a song we liked called Pyjamarama, so we combined the words." 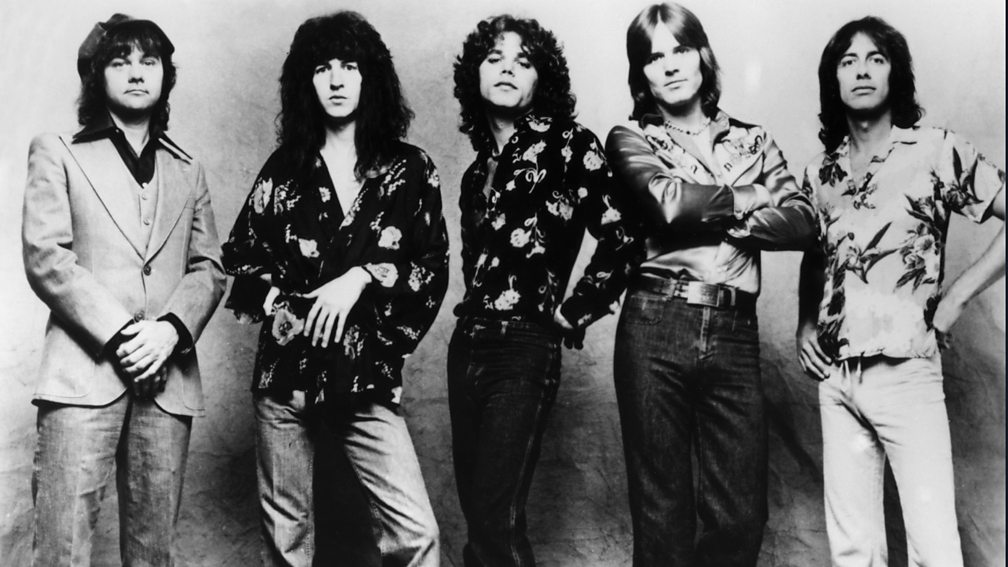 Neal Doughty arrived at the University of Illinois in 1966, ready to study electrical engineering. During his transportation history class, he studied a flatbed truck called the REO Speed Wagon. First introduced in 1915, the truck was in production until well after the Second World War. The name of the company came from the initials of the man who designed it, Ransom Eli Olds, but they pronounced it as one word - "Ree-yo".

Neal's plan was to name his new college band after this vehicle, but being a finickity engineer, he streamlined the second half to Speedwagon, while making the first half more complex by insisting that each of the letters be pronounced one at a time.

[WATCH] Teenagers listen to a modem for the first time

The early days of internet connectivity already seem like a lifetime ago, and there's already a generation growing up who simply will not remember what a modem connecting to a phone line sounds like, just as their parents may only have a dim recollection of the sound made by a computer game loading onto a ZX Spectrum from a cassette player.

So in the spirit of The Dansettes, it makes sense that there would be a band named in homage to this particular sonic experience, and there is. Perth's The Modems are an alt-rock band with a electronic edge, which could, at a push, be described as a union of human ideas and electronic communication, not unlike the internet itself. 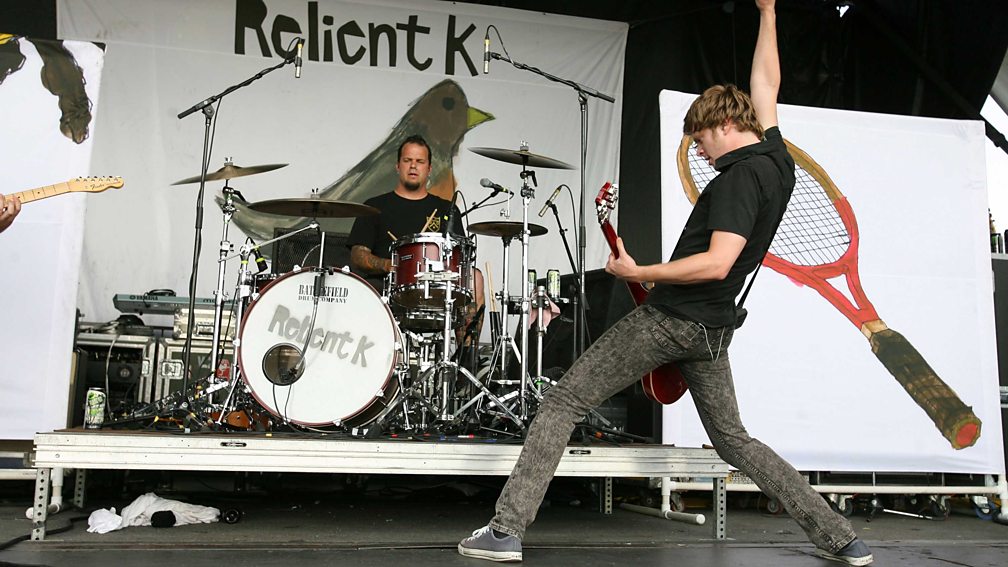 Taking a leaf out of the Speedwagon's log book, Christian rockers Relient K named themselves after the car belonging to guitarist Matt Hoopes. His trusty Plymouth Reliant was among the first of Chrysler's K-cars, front-wheel drive vehicles with independent front suspension and a transverse engine, marking a transition from their previous designs, which had rear-drive and solid axles.

Being savvy in the ways of international branding (and pretty prescient in the ways of Google-proofing your name), Matt and his bandmates chose to misspell their own bandname, so as to avoid a lawsuit from Chrysler. 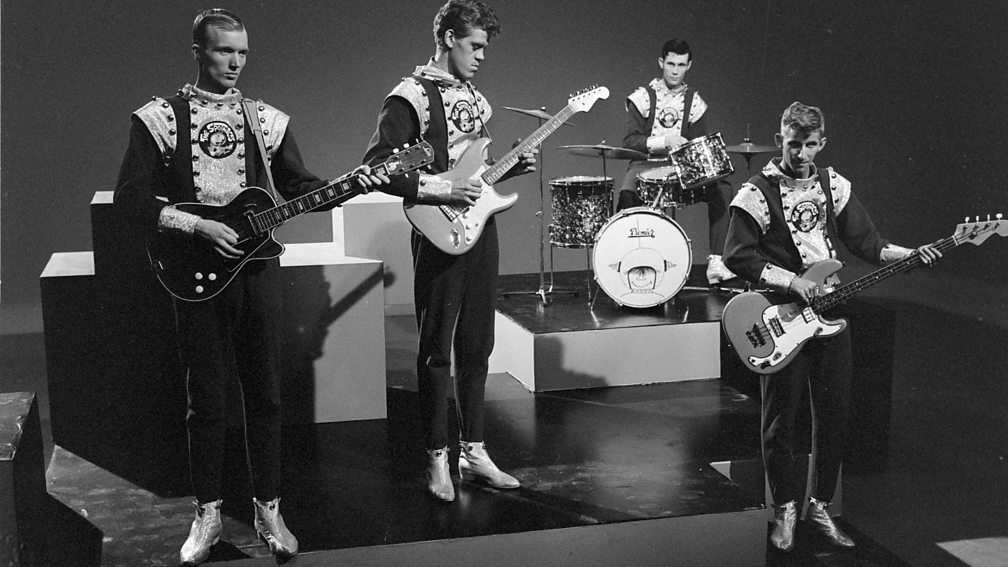 The space race of the 1950s and 60s was a heady time for popular culture, with American and Russian rockets aiming for the edges of the atmosphere at a velocity matched only by the speed at which cash-in bands could record futuristic songs about space. The Spotnicks (named after the Russian Sputnik satellite by an enterprising manager) were among those looking to catch the public imagination, playing swooshy Shadows-type instrumentals while wearing space suits and superhero costumes.

Which may seem like a recipe for flash in the pan status, but The Spotniks were not only the first Swedish group to attain international acclaim - early single Orange Blossom Special even got to No.1 in Australia - they went on to sell 18 million records, and release 42 albums. By contrast, neither of their namesake satellites stayed in space for longer than a year. 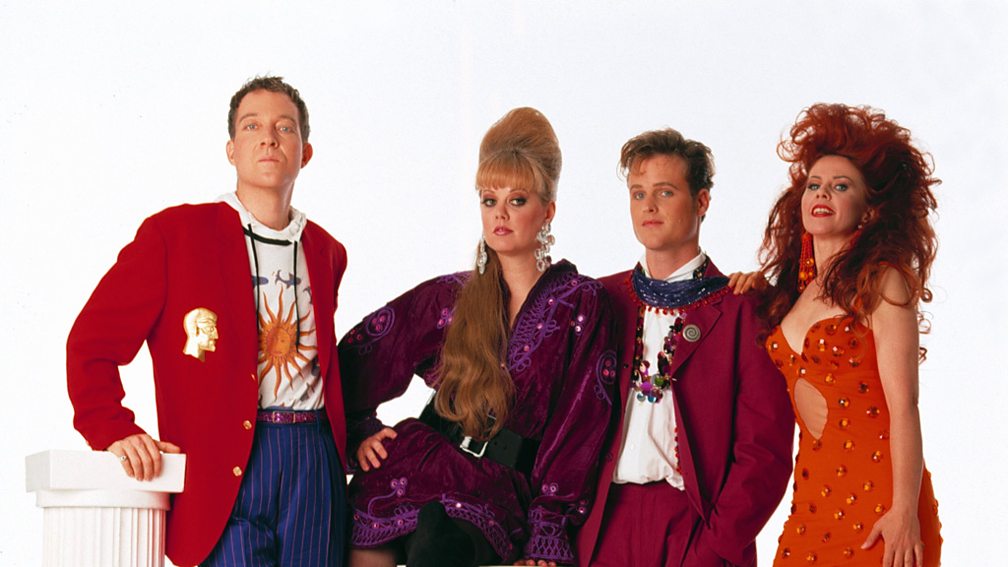 And finally, a band named after a haircut named after an aeroplane. Having first got together in Athens, Georgia in 1976, The B-52s took their name from an alternative name for the beehive hairdo, which singers Kate Pierson and Cindy Wilson both wore as part of a general love of early 60s kitsch culture. The beehive was also known as a B-52, because the low front and high back put people in mind of the nose cone of the Boeing B-52 Stratofortress, a long-range, subsonic, jet-powered strategic bomber.

The band considered naming themselves Tina-Trons, and Fellini's Children, but were convinced they'd found their perfect name when someone whispered it to drummer Keith Strickland in a dream. We should count our blessings he heard it correctly.