7 of the unlikeliest meetings between pop stars 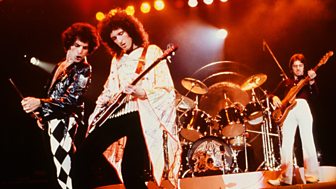 October 28 marked the 40th anniversary of the Queen album News of the World, a turning point for the band, a first step away from their multi-layered sumptuous prog rock, and towards the more streamlined adventurous pop sound that would pave the way for their 80s success.

It's also 40 years since a memorable encounter between Freddie Mercury and Sid Vicious of the Sex Pistols, which occurred when Queen were recording News of the World and the Pistols were working on Never Mind the Bollocks at the same studios. As BBC Four looks back at a momentous Jubilee year with the new documentary Queen: Rock the World, here are a few moments when musicians of very different disciplines and outlooks tried to forge some common ground (and occasionally failed). 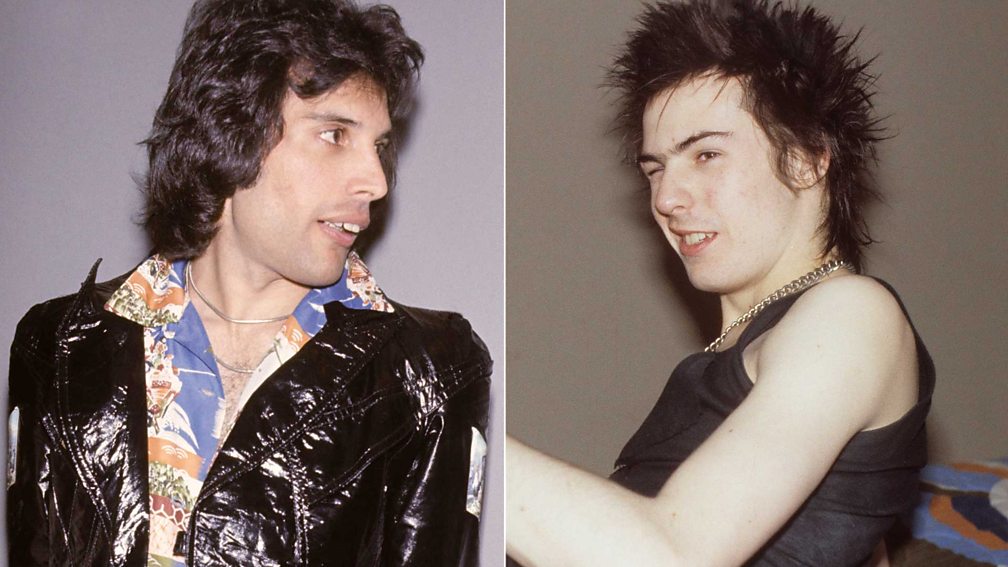 Aren't you Stanley Ferocious or something?
Freddie to Sid

The meeting of minds between Freddie Mercury, harlequin peacock in Queen, and Sid Vicious, scuffed guttersnipe in the Sex Pistols, took place in Wessex Studios in 1977. Roadie Peter Hince, in his book Queen Unseen, records the exchange as follows: "Sid Vicious stumbled in, the worse for wear, and addressed Fred: 'Have you succeeded in bringing ballet to the masses yet?' Fred casually got up, walked over to him and quipped: 'Aren't you Stanley Ferocious or something?', took him by the collar and threw him out."

Later, Queen's producer had a word with the Pistols' engineer over an interruption by an awestruck Johnny Rotten, saying, "One of the band members just crawled on all fours across our studio up to the side of the piano, said, 'Hello Freddie,' and left on all fours. Could you make sure he doesn't do it again?"

Freddie recalled it all slightly differently in a later TV interview, saying, "I called him Simon Ferocious or something, and he didn't like it at all. I said, 'What are you going to do about it?' He was very well marked. I said, 'Make sure you scratch yourself in the mirror properly today, and tomorrow you're going to get something else.' He hated the fact that I could even speak like that. I think we survived that test."

Can you conquer our Queen quiz?

Aren't you Stanley Ferocious or something?
Freddie to Sid 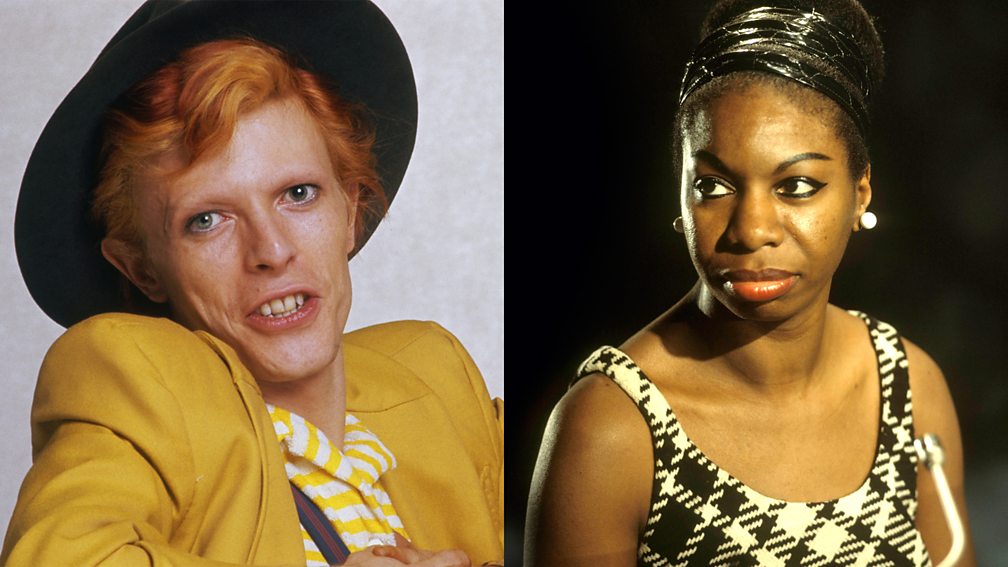 Not every unlikely musical meeting is a confrontation. David Bowie met Nina Simone in 1974 at a time when she was at a low ebb. She had stopped performing, was battling tax problems and was unsure what to do next. Having attended a Bowie concert in New York, she was surprised to bump into him in a private club called the Hippopotamus. He asked her to join his table, and took her phone number.

Some hours later, at 3am, Bowie rang, and started what would become a month of nightly calls and visits with the words, "The first thing I want you to know is that you're not crazy - don't let anybody tell you you're crazy, because where you're coming from, there are very few of us out there."

Nina later recalled that his encouragment drew her back to the piano stool again, adding, "He's got more sense than anybody I've ever known. It's not human - David ain't from here."

Although sonically hip hop and country don't often intersect, the attitudes of the musicians who make those songs is pretty similar. Tales of crime and sex, getting wasted and fighting authority appear regularly in both songbooks. So it's not all that surprising that Snoop Dogg should think highly of Willie Nelson, and Willie, being a welcoming sort, appears to think highly of Snoop, too.

When Snoop invited Willie to appear on his song My Medicine in 2008, Willie invited Snoop to Amsterdam to hang out and party and a kind of bromance ensued. Snoop's personal highlight came when they went out to get some food, as he later told fans at the 2015 SXSW festival: "We pulled up in the drive-thru. We're ordering chicken. A bucket of this, a bucket of that. We're sitting side by side, so when we get up to the window to pay for the food, we pay for it, they give us the chicken, and we open it up. We stick our hand in at the same time and we grab the same piece of chicken. I look at Willie and I'm like, 'That's you dog, my bad.' That was one of the greatest moments of my life, when me and Willie Nelson grabbed the same piece of chicken at the same damn time."

Him don't give a damn about Bieber, do Him?
Eminem

In some ways, this is the most unlikely meeting of all, given that Eminem has rapped many times about his antipathy towards teen pop stars. But as this picture from Justin Bieber's Instagram proves, there's more to Marshall Mathers than meets the eye, and he's a lot kinder than his records might suggest.

In fact, during some of Justin's more troubled periods, Marshall has been on hand to offer advice, and (if newspaper reports are to be believed) even a place to stay out of the limelight, when tabloid attention into his various misdemeanours grew too intense. Although that didn't stop him from writing the following verse, claiming that God had forsaken Justin in the single A Kiss: "Him don't give a damn about Bieber, do Him? / What a demon, a behemoth, evil just seems to be seeping through him."

Him don't give a damn about Bieber, do Him?
Eminem 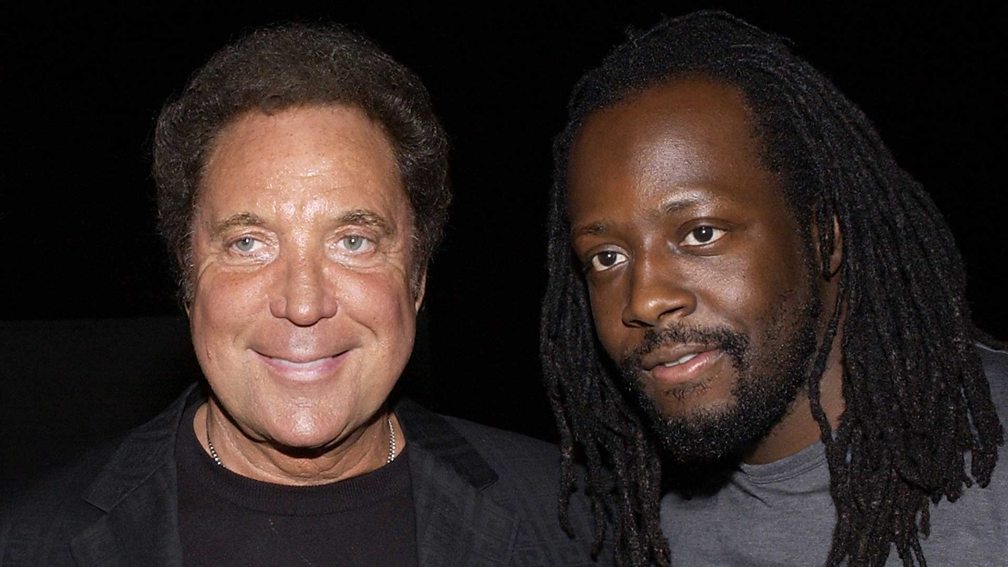 While a meeting between Tom Jones, one of music's most seasoned performers, and Wyclef Jean, producer and former Fugee, isn't all that unlikely in itself, the true depth of affinity between the performers was put to the test in very public circumstances, and very early on. Wyclef was so much of a fan he once claimed to have taken on Tom's mantle of musical sex symbol by effort of will alone, telling Entertainment Weekly: "He's where I got my ladies' man thing from. Ladies throw their bras at me because of Tom Jones."

In 2001, he sampled What's New Pussycat?, started pitching songs to Tom directly, and remixed his hallmark hit It's Not Unusual, even managing to take the stage with his hero at the first Top of the Pops Awards, exhorting the crowd into action by yelling, "Say Tom Jones!" repeatedly. For his part, Tom gamely tried to follow suit, but forgot the name of his No.1 fan, shouting, "say Westcliff!" to a mostly bemused audience. 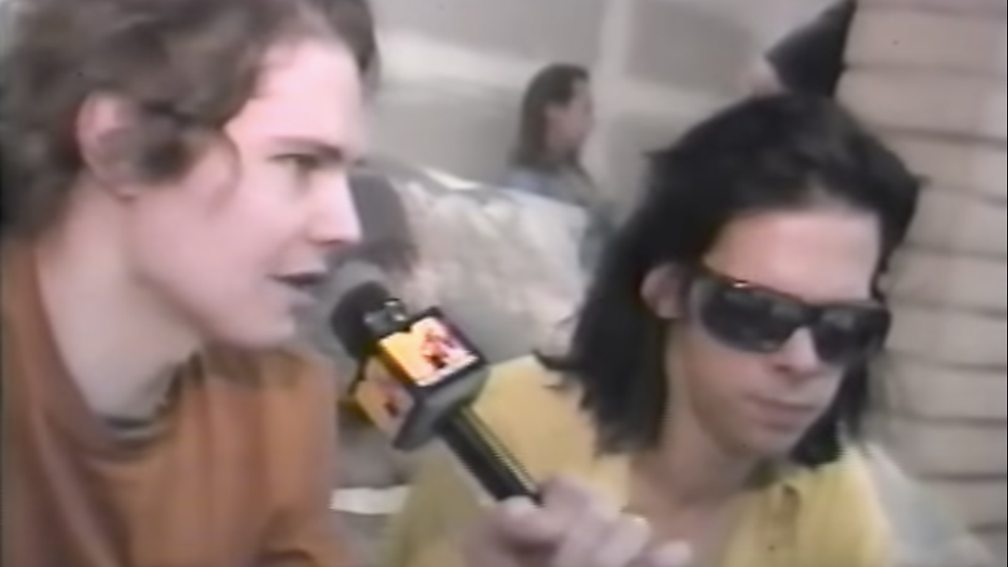 You have the mentality of a teenager
Nick to Billy

It must have seemed like such a good idea at the time. MTV were reporting from the 1994 Lollapalooza festival and they asked Billy Corgan, leader of hot new grunge stars The Smashing Pumpkins, to chat to a few of the acts on the bill, reasoning that musicians would respond favourably to questions posed by fellow musicians.

In the case of Nick Cave, this did not happen. Nick, never the most patient interviewee, was clearly in something of a sharp mood, batting back Billy's opening question - how he came to be playing here - with a waspish, "Well, my manager rang me up and told me that I was gonna do this." He then abandons a second question, claiming to have already done the same interview for MTV, and asking Billy if these were his questions. Then Corgan mistakenly calls Cave's band The Bad Seeds British, which given their international lineup, isn't true and clearly irks their lead singer, and while trying to sort the conversational mess out amicably, Nick rounds on Billy (then 27 years old), saying he has "the mentality of a teenager".

You have the mentality of a teenager
Nick to Billy 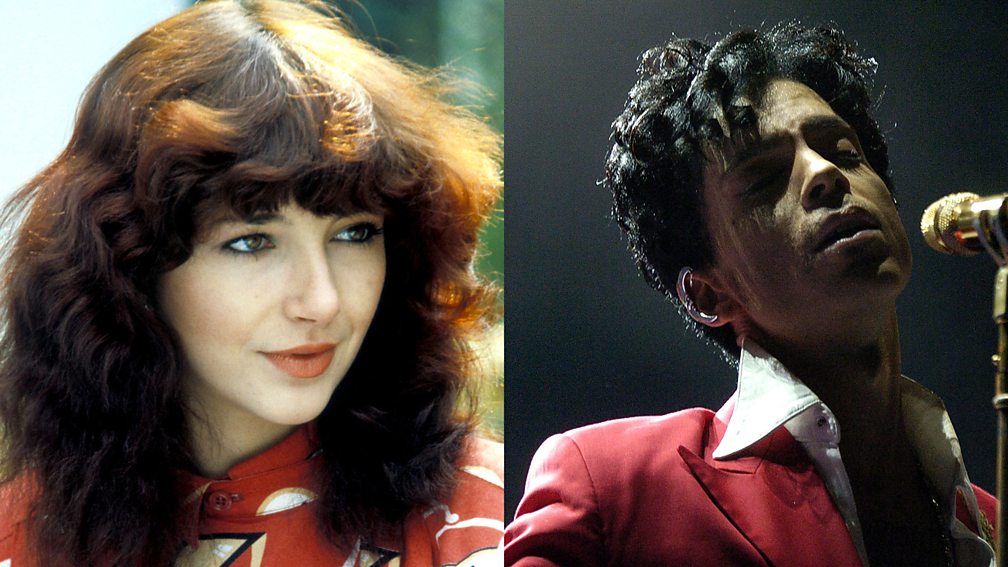 Musical collaboration can be a tricky business, with both sides compromising some of their essential sound in order to melt into the other. In case of Kate Bush and Prince, the way they interacted says a great deal about them as artists. While they were longtime mutual fans of one another, and had made this clear in various interviews throughout the 1980s, it wasn't until 1990 that Kate came backstage to meet Prince at a Wembley gig, and almost immediately started talking about working together.

She had a song called Why Should I Love You, which she felt was essentially finished, but would benefit from a few purple backing vocals. Prince took the tape, ignored the music on it, and added keyboards, guitars, bass - entirely changing the sound of the song in the process - and then finally a lot of harmonies, as if to say, "What? Isn't that what you asked for?"

And the fascinating thing is that as a song it sounds exactly like the way it was made. It starts as a Kate Bush creation, before warping into the full kaleidoscopic Paisley Park experience.

[LISTEN] Kate Bush on performing live after a 35-year gap