Massive tunes you'll hear differently when you know who they sampled

Ever since the earliest days of hip hop DJs and producers have dug deep to find unexpected sounds to, first, rock the party, then use as samples in tracks. Pioneering Bronx DJ Afrika Bambaataa was famous for including songs like Mary, Mary by The Monkees in his sets and he also interpolated Kraftwerk's Trans Europe Express on Planet Rock, the legendary 1982 song he released with his group Soulsonic Force.

Since then, in hip hop, other dance genres and pop, the race has been on to find the perfect piece of music to sample for a track. Old funk and soul records proved to be rich pickings, as did other, more surprising genres...

Eminem's My Name Is - Chas & Dave (via Labi Siffre)

Eminem - My Name Is

Chas Hodges of Chas & Dave died on 22 September and one of the stories from his life in music that took many people by surprise, including the NME, was that the bass and guitar loop that producer Dr. Dre used for Eminem's My Name Is was performed by the 'rockney' duo. And indeed it was, when they played on the Labi Siffre song I Got The... in 1975 (hear the sample at 2:30 in the track, and below).

Both Chas and Dave had had long careers in music before becoming stars in the 80s with songs like Aint No Pleasing You and Rabbit. As a session guy, Chas had worked with producer Joe Meek backing rock 'n' rollers Jerry Lee Lewis, Bill Haley and Gene Vincent; Dave played in beat group Cliff Bennett & The Rebel Rousers, who had two Top 10 hits in the 60s.

Siffre - a writer as well as a musician - is best-known for his 1987 No. 4 (Something Inside) So Strong, which he wrote in response to watching a TV documentary about Apartheid in South Africa. In hip hop, though, he's famous for I Got The..., which has also been been sampled by Wu-Tang Clan and Jay-Z.

Siffre, who is gay, refused to pass the sample until homophobic language on the song was removed. "Diss the bigots not their victims," he told the New Humanist in 2012. "I denied sample rights till that lazy writing was removed. I should have stipulated 'all versions' but at that time knew little about rap's 'clean' and 'explicit' modes, so they managed to get the lazy lyric on versions other than the single and first album."

Britney's Toxic - a UK No.1 in 2004 - was produced by the Swedish Bloodshy and Avant and to get that distinctive beat and high-pitched string sound (the latter of which a dog magnificently managed to replicate recently), they looked far beyond Europe and America to India, and specifically the soundtrack to 1981 Bollywood film Ek Duuje Ke Liye. The sample is taken from an old Hindi song Tere Mere Beech Mein, sung in this instance by superstar playback singers Lata Mangeshkar and S. P. Balasubrahmanyam.

In 1974, Guinness Book of Records had Mangeshkar (now 88) noted as recording the most songs in history - a staggering 25,000. The figure was contested and the record removed until 2011 when it was credited to Mangeshkar's sister Asha Bhosle for recording up to 11,000 solo, duet and chorus-backed songs in over 20 Indian languages since 1947. It's no wonder that Cornershop paid tribute to Bhosle with their appropriately titled Brimful of Asha, the Norman Cook remix of which was a 1997 No.1.

Britney is no stranger to being sampled herself. Check the beginning of French dance duo Justice's D.A.N.C.E. from 2007. Then listen at 3:40 to Britney and Madonna's Me Against the Music from four years earlier. Justice interpolate - reproduce - the outro of the Britney song.

Britney Spears - Me Against The Music ft. Madonna

A classic of the acid house era, A Guy Called Gerald's Voodoo Ray contains perhaps the most surprising samples on this list - small vocal snatches of comedians Peter Cook and Dudley Moore in guise as their highly offensive alter-egos Derek and Clive. Both the repetition of "voodoo ray", which begins at 1:36, and "Later!" (1:53 onwards) are taken from 1976's Derek and Clive (Live), although on the album Dudley Moore actually says "voodoo rage". It's thought that the sample is truncated because samplers in 1988, when Gerald Simpson made the track, had tiny memories.

Fugees' Ready or Not - Enya

The Fugees - Ready or Not

Fugees were master samplers, and also superb at knowing what songs to update by covering them. Killing Me Softly with His Song - the biggest-selling single of 1996 in the UK - was a cover version of a 1972 track that Roberta Flack had had a US No.1 with in 1974 (although Fugees added a sample from Bonita Applebum by A Tribe Called Quest). Also, the chorus Ready or Not was taken from 1968's Ready or Not Here I Come (Can't Hide from Love) by soul group The Delfonics. More unexpectedly, the beginning of Ready or Not samples Boadicea by Enya. The song is on the Irish sing-songwriter's self-titled debut album, released on BBC Records in 1987.

"At the beginning, with the Fugees, we were actually on the verge of suing them because of the copyright infringement, because they just didn't approach us," Enya told Forbes in 2016. "It was a case of, I wasn't featured at all on the credits and it [the sample] was very much a part of the song."

Enya was later credited. The song has been sampled many times since, including by Diddy for the 2004 Mario Winans song I Don't Wanna Know. 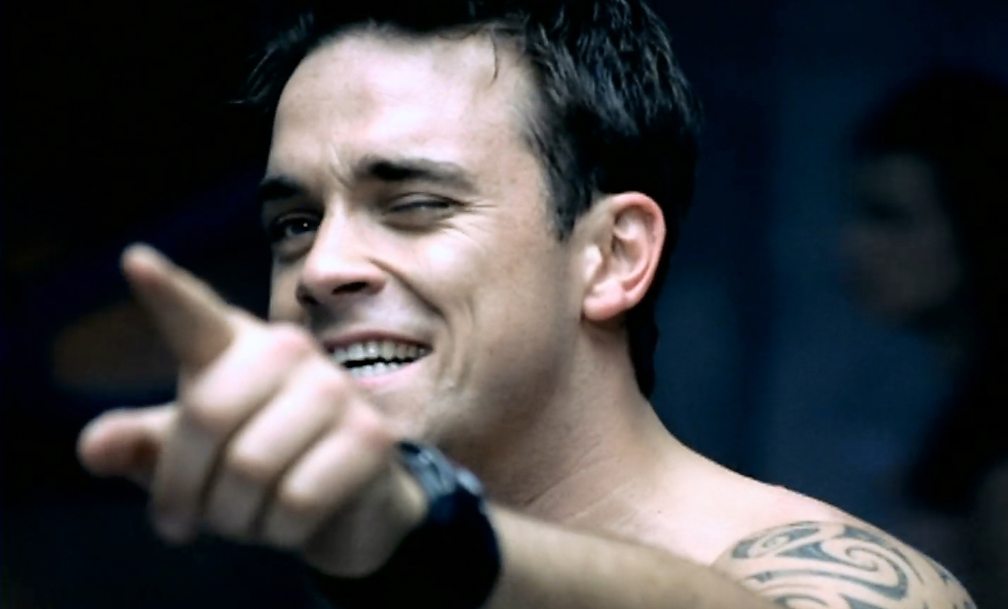 Somehow this one just seems to make sense. Check Robbie's Rock DJ, then listen to Barry 'The Walrus of Love' White's It's Ecstasy When You Lay Down Next to Me from 1977. Robbie and his producer Guy Chambers heavily sampled the track, and there's also a sample in Rock DJ of Can I Kick It? by A Tribe Called Quest, which itself samples Lou Reed's Walk on the Wild Side.

Taylor Swift's Look What You Made Me Do - Right Said Fred

Taylor Swift - Look What You Made Me Do

Taylor Swift's 2017 comeback single doesn't directly sample Right Said Fred's I'm Too Sexy; it interpolates the melody of the song in its chorus, leading to Right Said Fred's Richard and Fred Fairbrass to be credited as co-songwriters.

The brothers said they had no idea that Taylor wanted to use I'm Too Sexy until a week before its release, at which point they were asked whether a "big, contemporary female artist who hasn't released anything for a while" might be able to use a portion of their song for her latest single. They agreed, and only later found out it was Taylor Swift.

"It's pretty cool," Fred told Rolling Stone about Look What You Made Me Do. "I like the cynical aspect of the lyric, because I'm Too Sexy is a cynical song, and I think she channeled that quite well."

Look What You Made Me Do went to No.1 in 15 or more countries, and will soon clock up a billion YouTubes views, which no doubt ensured a decent bonus for the brothers, 26 years after I'm Too Sexy was a hit itself.