Was September 1991 the best month ever for albums? 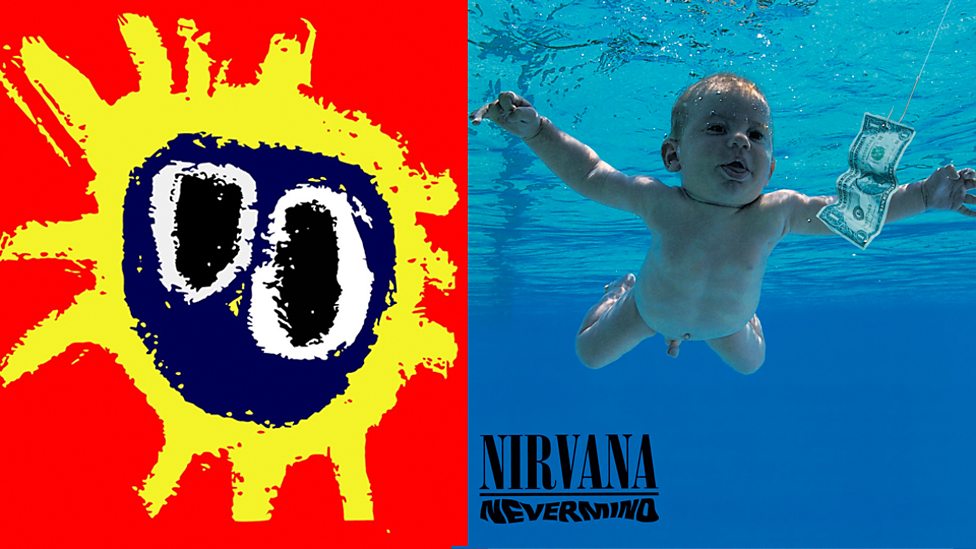 In terms of great musical eras, the early 90s aren’t usually mentioned in the same breath as the swinging 60s, the post-punk late 70s, or even the Britpop mid 90s. With Bryan Adams smothering the singles chart and the likes of 2 Unlimited prancing around on Top of the Pops, you could easily dismiss 1991 as a year of mawkish power ballads and inane Eurodance.

And yet it was an amazingly fertile time for music, with the new heroes of alternative rock ruthlessly overthrowing the old guard, hip hop coming of age and rave culture leaving its grinning stamp on musicians across the spectrum. As a result, September 1991 yielded an incredible crop of killer albums - several of which changed music forever.

To go by the title of Dave Markey’s essential documentary, 1991 was dubbed “The Year Punk Broke”. In America, alternative rock had been building up a head of steam throughout the 80s, thanks to bands like Sonic Youth, Dinosaur Jr and Pixies. Nirvana's Nevermind was the point it erupted noisily into the mainstream, powered by Kurt Cobain’s transfixing underdog snarl and sly pop hooks.

The colossal riffs and vicious sarcasm of Smells Like Teen Spirit and Lithium instantly cut through pop’s superficial facade, galvanising a new generation of righteous noisemakers and annihilating the last remaining 80s hair metal bands in one fell swoop. Kurt Cobain instantly regretted the swirling Butch Vig production that turbocharged his songs so effectively; tragically, he was unable to withstand the fame and scrutiny that Nevermind brought. But the album still stands proud as one of those rare, epochal records that revolutionised music overnight.

Confirming that their fates were intertwined from the start, September 1991 also saw the release of Courtney Love’s first album with Hole, Pretty On the Inside.

On the release of their second, self-titled album in 1989, Primal Scream had been written off as a bit of a joke; a bunch of skinny Glasgow indie kids trying to be The Rolling Stones. Their luck changed when they started attending raves in London and ran into Andrew Weatherall, a DJ, journalist and aspiring producer on the eclectic fringes of the acid house scene. Invited to remix a song called I’m Losing More Than I’ll Ever Have, he came up with the irresistible groove of Loaded, propelling Primal Scream into the Top 20 in early 1990.

Inspired by the open-minded positivity of rave culture, the band poured their myriad influences - rock’n’roll, gospel, soul, dub, house, post-punk, even country - into the recording of a celebratory new album. "I guess we deconstructed the idea of a rock band," muses Bobby Gillespie in the above clip. "I don't think we realised it at the time but that's what we were doing." With the canny Weatherall on production duties, Screamadelica hung together better than anyone could have expected, creating a heady sonic voyage and a vivid document of a uniquely exciting time in British music. This time, no one was laughing.

The years 1988 to 1993 are often referred to as hip hop’s golden age, a period of positive creativity before the more cynical rap moguls moved in. A Tribe Called Quest's The Low End Theory is the quintessential golden age hip hop album, its addictive boom-bap enlivened by an abundance of choice jazz samples and the nimble, unhurried rhyming of Phife Dawg and Q-Tip. Occasionally joined by fellow travellers Brand Nubian and Leaders of the New School (featuring a young Busta Rhymes), the duo offer sage advice on chatting up girls, how to navigate the “cesspool” that is the music industry, and the importance of owning a pager. Well, it was 1991…

Underpinning it all is an unshakable belief in the power of hip hop itself. “Listen to the knowledge being dropped over beats” advises Q-Tip on laid-back album opener Excursions. And for the following 45 minutes or so it really is that simple. A casually life-affirming album.

Like Primal Scream, Saint Etienne were wan pop music obsessives weaned on the 80s indie scene but whose horizons had suddenly been expanded by the dance music explosion. The advent of the sampler threw the possibilities wide open. It meant that a Neil Young song (Only Love Can Break Your Heart, Saint Etienne’s breakthough single) could be brilliantly repurposed as a moody Balearic skank, or that blasts of pert 60s pop could be effortlessly weaved into lo-fi beat collages, bookended by snatches of cool film dialogue.

By patching all these cues together, Saint Etienne were able to paint a portrait of an idealised, retro-modern London, where Dusty Springfield went raving with S’Express. Twenty five years on, its joyful innocence still captivates. 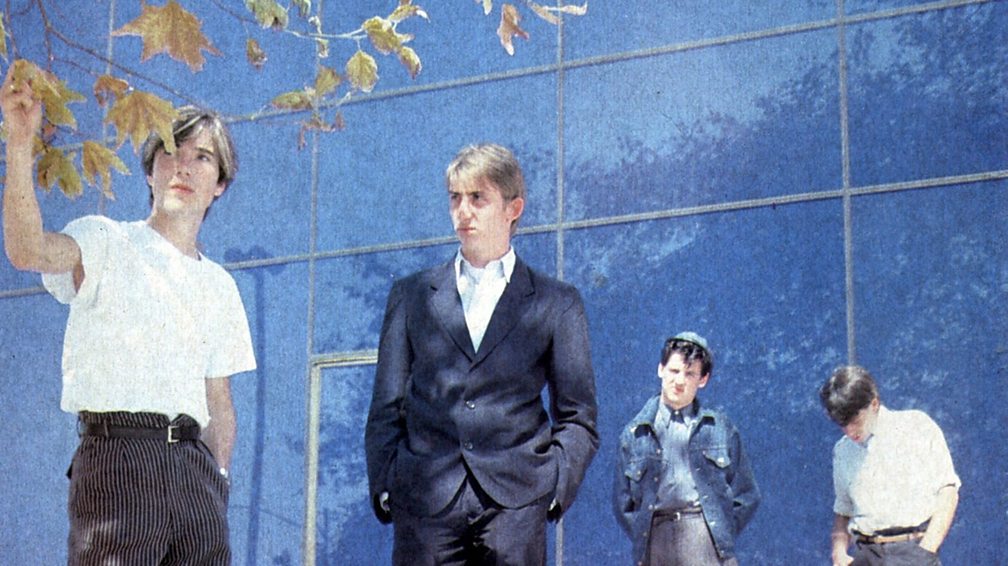 Although Laughing Stock occupies the opposite end of the dynamic scale from Nevermind - so quiet that at times it’s barely there - its chief protagonists shared a sense of acute anguish. Like Kurt Cobain, Talk Talk’s Mark Hollis spent most of his career in retreat from the limelight he’d been briefly thrust into as a result of mid-80s synth-pop hits It’s My Life and Life’s What You Make It. Laughing Stock was the band’s fifth and final album and Hollis would only ever make one more record before retiring from music for good.

The album's gestation was legendarily tortured, with engineers recalling pitch black studios and musicians forced to improvise parts over and over again until Hollis was satisfied their purest essence had been captured. Eerie and intense, the results bemused critics at the time but the album’s reputation has grown steadily, becoming a defining influence on the quietly powerful post-millennium sound of Radiohead, Bon Iver and James Blake.

Guns N' Roses - Use Your Illusion I and II (September 17)

There’s a certain synchronicity to Guns N' Roses unveiling their grand folly - not just a double album but two double albums released on the same day! - just a week before Nevermind emerged to sweep away that kind of bloated rock self-indulgence for good, and only a month after Metallica redefined metal with The Black Album. But it means that at least Use Your Illusion I and II can be kitschily enjoyed as the last days of decadence before the revolution, with Axl and Slash as Louis XVI and Marie Antoinette. Let them eat solos!

There’s plenty to enjoy across the two albums, including I’s thundering opener Right Next Door to Hell and II’s piano-pounding Iggy Pop homage 14 Years. There are also multiple howlers - witness the heavy-handed bar-room boogie of Bad Obsession and Dead Horse (the clue’s in the title), not to mention industrial rap abomination My World. Overall, it proves the old adage that within every two-part double-double album, there’s a great single album trying to get out...

A bit of a hidden gem, Swervedriver’s debut album took the noisy guitar pop blueprint of fellow Oxfordians and Creation signees Ride and customised it with additional rock thrust, suggesting they’d grown up listening to Deep Purple instead of The Byrds. Standout tracks like Sandblasted and Son of Mustang Ford allow you to imagine yourself putting pedal to the metal on some vast desert highway, speeding into an uncertain future.

September 1991 was a good month for shoegazing - it also saw the release of Just For a Day, the diaphanous debut album from another great Creation band, Slowdive. 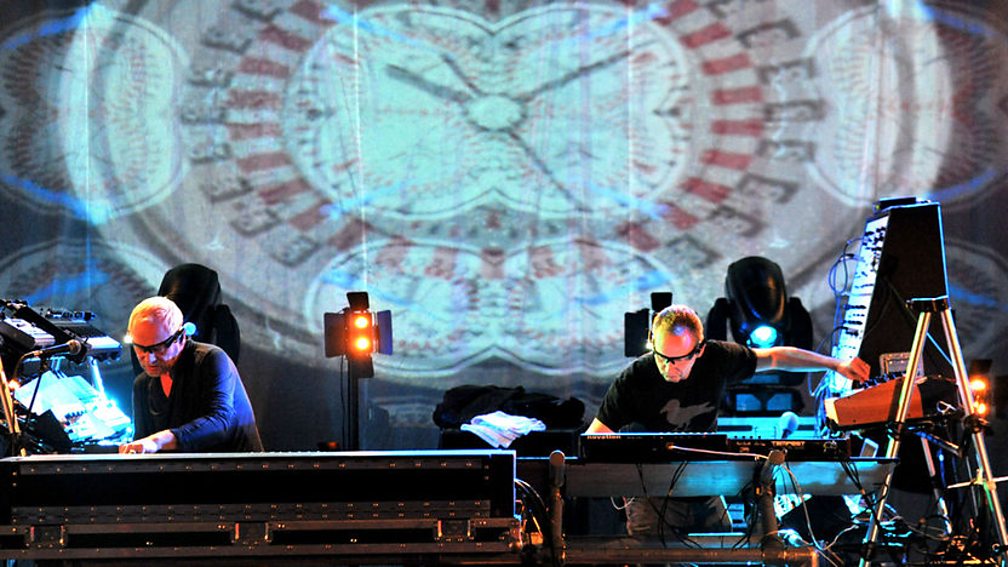 In 1991, many still regarded dance music as a passing fad, repetitive machine music for pill-monkeys. Orbital were one of the acts to change that perception with their self-titled debut album (sometimes called ‘The Green Album’ to distinguish it from their subsequent eponymous effort AKA 'The Brown Album').

Including a live version of their irrepressible debut single Chime and concluding with the spine-tingling Belfast, which sampled a 12th century liturgical chant, Orbital was as rich and emotional as anything hewn from the rock firmament in 1991, with the bonus that you could dance to it in a field with your top off.

Red Hot Chili Peppers - Give It Away

The Chili Peppers already had four endearingly chaotic funk-rock albums to their name before they hit the big-time with Blood Sugar Sex Magik. The input of super-producer Rick Rubin can’t be underestimated but perhaps more important was the flowering of precocious young guitarist John Frusciante, who’d joined the band as a teenager in 1988, following the death of founding member Hillel Slovak from a heroin overdose. Frusciante brought a previously suppressed sensitivity to the Chilis’ make-up, allowing singer Anthony Kiedis to bare his wounds on reflective numbers such as Breaking the Girl and Under the Bridge. Meanwhile, the likes of Give It Away and Suck My Kiss rocked harder and tighter than before, seducing a rapt MTV audience.

Sure, Blood Sugar Sex Magik is over-long, over-sexed and probably responsible for Limp Bizkit. But it remains a landmark album that set up the Red Hot Chili Peppers for a further quarter-century of rock domination.

OK, OK, so Simply Red's unashamedly middle-of-the-road fourth album didn’t rewrite the rulebook like several others in this list. But it’s hard to deny the quality of the songs; Stars yielded five Top 40 hits, including the slinky title track and the tentatively groovy Thrill Me. And just look at those numbers: 12 times platinum, the biggest album of both 1991 and 1992, the 14th best-selling album ever in the UK.

People really loved Stars, even though it’s not referenced so much these days. But its shrewd combination of classic soul and voguish contemporary pop is exactly the same formula that catapulted Adele and Sam Smith to stardom. Come to think of it, Smith is about the right age to have been conceived to Stars… and he wouldn’t be the only one.