What do pop star autographs reveal about their personality?

When a pop star gives out their autograph, it's largely so that fans can prove they met them. But what if the act of writing your name on endless scraps of paper, photographs, CD cases and body parts actually reveals more about the kind of person behind the pen than they had originally bargained for? 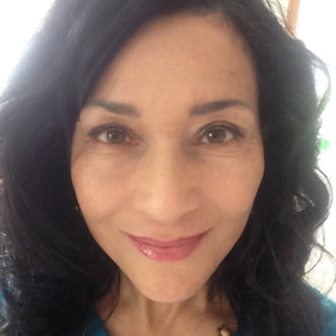 Brigitte Applegarth MBIG (DIP) is a qualified professional graphologist with the British Institute of Graphologists. She gives lectures nationally on how handwriting analysis gives an enlightening insight into human development, behaviours and reactions. Just for fun, we asked her to examine eight pop star autographs (and a small selection of their writing), to give her personal opinion about what their handwritten words might reveal.

"Katy Perry has a designer's mind. She has a strong, stylish imagination, and a sophisticated sense of aesthetics. Her signature is very cleverly designed - there's a heart shape which incorporates or replaces Perry, the loop in the bottom of the 'K', the little cartoon face and eyes, demonstrating her humour. I'd say if she wasn't doing music she'd be designing or presenting, something creative and visual. She writes very fast, suggesting she's a quick thinker.

"Some of her signature is quite phallic; if you look there appear to be lots of body parts, suggesting she aims for a broad appeal. She has a very smooth and even downstroke, the mark of someone who knows what they want, focusses and then goes for it.

"I've looked at a few of her signatures, and hers have changed each time, which suggests a desire for reinvention. She used to underline her signature, suggesting that she needed to feel important and appreciated, but she doesn't do that any more. There are lots of curves going one way and another in the upper and lower zones, which suggests that dancing and rhythm and movement are essential to her."

"Adele has the most graphologically mature handwriting of this group. It's quite spiky for a woman, and the spikes indicate an observant, analytical and critical mind. Her downward strokes suggest someone who is motivated to provide for their need for security, home, money. The strokes also trail off, suggestive of someone who can let the odd pointed comment slip out. Few curves show she can be very business-minded.

"She uses quite thin strokes with sharp pressure; this is someone who keeps their energies specifically for what they need to do and not much else. Curvy connections demonstrate that she's good at charming people.

"Signing with a small 'a' is the kind of thing someone would do if they had felt second class. This is a great motivator, or they want to lower their status in order not to overwhelm her audience. Otherwise her writing shows huge confidence in her abilities. There's no shyness in her handwriting - it's very natural and traditional, no faking. The baseline curves and staggers a little, suggesting she can get bored easily, or get tired. She bucks herself up, but soldiers on to the end. Some of her signatures have a full stop at the end. That indicates that she likes to finish with a final, 'And that's all you're getting. There you are. That's me. Next.' It also indicates that she is someone who likes to have the last word."

"Ed's signature is simply a large squiggle, and he's clearly used to doing thousands of them. The interesting thing is that he starts from the bottom of the 'E', which is not where most people start a capital 'E'. The style of the capital 'E' is one that shows a love of culture and classical things, and individualism. His mind deconstructs things down to their basic level in order to build them up again. He thinks outside the box. The signature doesn't seem like much, but the way he does it says a lot about him. He does things in his own way.

"His handwriting has wide spaces, so he needs space around him and can't be rushed. He's quite a relaxed guy. The curves and roundedness show a sensitive gentle personality who is comfortable with friends and family. Loops show his emotion, creativity and imagination. Wide letter spacing shows he doesn't always relate to people on a friendly basis right away, but he is very sensitive and able to register much sensory input, such as noise, heat, vibration, atmosphere and people's emotions.

"His writing has a left slant, the hallmark of someone who is an independent thinker, and a tendency towards an introverted personally. His writing is quite controlled and paced. This is someone who likes or is able to work on his own."

"Taylor Swift is another star who likes her privacy. A signature or autograph is how the writer wants to appear to the reader; it doesn't always reveal the whole personality. The big round loops are like a speech bubble of thoughts and suggest someone who aims for harmony in her relations. That's what she wants people to see that she desires. It's about imagination.

"Her signature is narrow, but her writing has a slightly left slant, suggesting she is usually reserved but anxious about her image. The curves are emotional. Her name ends with a 'T', but she ends hers with a downstroke. This suggests that she takes her emotions down to the root, past the baseline. The letter has an arched baseline, which suggests she gets bored quickly, although spacing shows me she is usually thoughtful enough to take the time. She writes with an even letter height, she's emotionally stable and considerate and patient.

"Her 'T' is unusually crossed with the big circle, which is a hallmark of imagination. In today's emoji world, it's easy to put hearts and kisses in text messages, but in handwriting it's hard to work out if it is to be fashionable, or is it someone's own design? At any rate it's a symbol of affection, and in her case is genuine - she's thoughtful, and wants people to think well of her."

"His signature is right slanted, narrow and on a steeply rising baseline. Justin appears to be enthusiastic, upbeat, while seeking approval at the time of writing. He likes to be polished and wants to perfect his work. That said, this handwriting signature appears to lose impetus and pressure half way through 'Justin' until the end of 'Bieber'. This suggests uncertainty about his identity and his family expectations at that time.

"In his short written passage, the baseline shows that he finds it quite difficult staying on an even line. I call this a baseline of legality, also emotion.

"It's very evident that he was (and is) still developing his sense of self. The mixed slant is a sign of erratic thoughts, judgement, and ambivalence. The pen pressure is blotchy, and his word spacing is wide. He's on an emotional rollercoaster, so things affect him sharply. He is very sensitive, and he's working out how his feelings affect his actions."

"People who choose felt tip deliberately for personal notes tend to like the quality things of life - no fakery, nothing cheap or nasty. The pen is like an artist's brush stroke, sensual and lush. Beyoncé will apply this to everything; food and clothes, and her choice of people. Her signature is underlined, so she is someone who likes to feel important and respected. The squiggle is a light-hearted entertaining sign, but when she crosses through her name, that can show a negative reaction to her hard work, suggesting she's somehow cancelling or doubting her previous efforts.

"She's thoughtful, passive and quite delicate when dealing with others. I wouldn't expect her to be tactless. There's good spacing between her words, which suggests she thinks about things carefully. She wants to relate to people. The writing is very family-oriented; she's someone who likes to be in a family or a club and enjoys living day-to-day. The arcade connectives in her writing suggest she is very protective and motherly, although perhaps that can be inhibiting for her artistic nature."

"Drake's signature is almost illegible, the hallmark of somebody who wants privacy despite being a performer. It does show, however, that he has a lack of clarity or connection with his surname, as though he is skipping over it somehow, maybe because he wants his achievements to be recognised as his own.

"He has a strong, stylish capital 'A', and where it loops back on itself is a sign of stubbornness, thoroughness, and one who stops, looks back on their past in order to make use of that knowledge now; the past being his mother, in this case. It's also worth noting that people who circle their 'I' dots want love and attention.

"His has a smooth curvy signature, a sign of gentleness, not hardness. He's stylish and artistic. Loops show imagination and creativity, and that's all his signature is, really. Sometimes he feels a lack of control in that creative urge, and his artistry lies in how he can learn to master it. His writing on the baseline slopes up; he is someone very upbeat and hopeful."

"There are large spaces in Calvin's writing, suggesting someone who sometimes feels quite isolated, and likes to take his time. He's a quick thinker, though; his letters are spiky, which also suggests someone who doesn't like to show emotion. He's not full of ego. His signature doesn’t tell me much; it's more like a cypher. Some people are more into symbols, and this is a guy who'd look for a short cut even in his signature, because it's quicker if you don't have to be legible.

"But his words are legible. He wants privacy and doesn't mind if people don't get him. At the same time he wants the information to be clear. He’s not a 'do you know who I am?' type at all. He's determined and strong with an even stroke. That said, there's a neglectful side to his handwriting; he doesn't complete all his letters well, which usually suggest someone who is more interested in other people than himself, and doesn't show his emotional side with a loud display.

"His writing is a bit messy, but that's common for someone who is creative, and can get his emotions and ambitions out and fulfill them quickly. Wavy lines show he has a good sense of humour - he draws faces and hats into his signatures."

[LISTEN] Why Calvin Harris prefers to keep his mouth shut