You'd think being an acclaimed musician, rapper, producer and DJ would be enough to keep you busy. But earlier this month, Q-Tip revealed a new feather in his cap: professor. As Rolling Stone reported, the legendary A Tribe Called Quest artist has been invited to co-teach a seven-class course at New York University (NYU) about the connection between hip hop and jazz, with students able to learn the "social, cultural, musical and business" aspects of the relationship between the two genres, as well as producing their own musical works - all with a bit of help from one of the greats.

It's not the first university course or module with a link to a famous musician, either. Whether it's learning about Beyoncé in Copenhagen, swotting up on The Beatles in Liverpool or poring over Bruce Springsteen's religious references in the US, here are seven of the strangest... 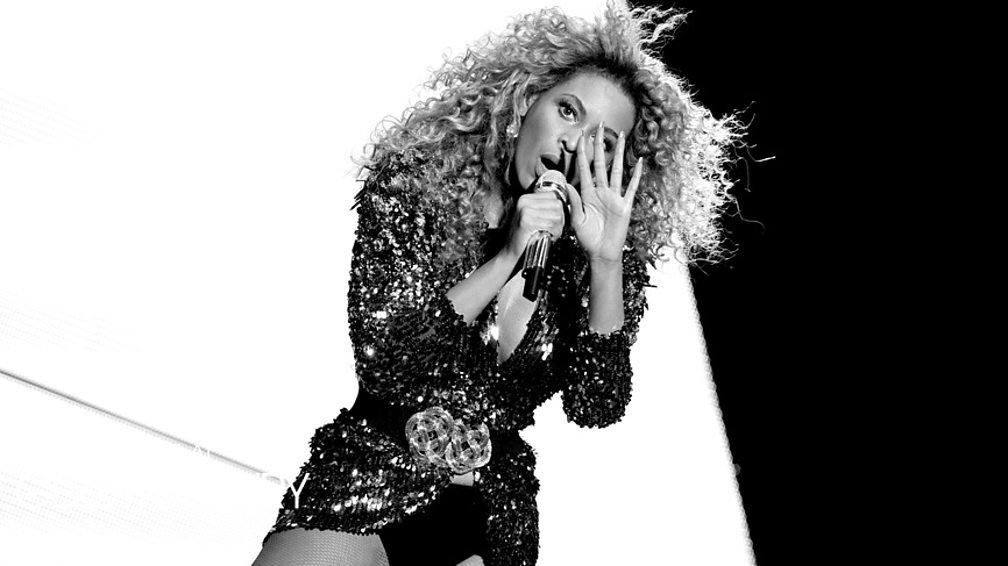 An American college actually got there first, but Copenhagen University's Beyoncé-focused course was an immediate hit with students when it was launched in 2017: according to reports at the time, 75 would-be Bey-experts immediately signed up, and there was so much interest in studying the singer's work that they had to move to a bigger lecture theatre.

Professor Erik Steinskog told TV2 that the course would use a combination of Beyoncé’s songs, lyrics and videos to explore ideas of gender, sexuality and race - in particular, he said he wanted to "introduce black feminist thought, which is not very well known in Scandinavia".

"Beyoncé is important in understanding the world we live in. [She] is one of the biggest pop artists today, which makes her important in an analysis of contemporary times," he added, although his fandom isn't just limited to academia. "It is hard not to be impressed. She is extremely good at what she does. Life is too short to work with music I don't like."

Most David Bowie fans will be aware of the list of his 100 favourite books, which has been floating around the internet for the last few years, such as on the Independent's site. His son, the film director Duncan Jones, has even started an online book club inspired by his father’s most treasured reads (an eclectic collection which includes everything from George Orwell and Angela Carter to back-issues of Viz magazine).

The Bowie, Reading, Writing module at the University of Leeds goes even deeper down the rabbit hole: it’s an "intensive, theoretically alert, focused consideration of the relationship between David Bowie's work and the field of 'the literary' from 1971-2015" that explores "questions of time, place and selfhood, sexuality and style, pleasure and politics", among others. There's also room for highfalutin literary theorists Roland Barthes and Jacques Derrida on the reading list, as well as Bowie's own work.

Lady Gaga and the Sociology of Fame - University of South Carolina

At first, Lady Gaga's celebrity story was going to be just one part of Professor Mathieu Deflem's new course at the University of South Carolina; he planned on calling it simply the Sociology of Fame, or the Sociology of Celebrity. "Then I thought, 'Oh, what the hell?'" he revealed. '"Let's make the whole freaking course about Lady Gaga and her rise to fame.'"

Deflem, who also counts counter-terrorism and international policing among his research interests, designed a course that would "unravel some of the sociologically relevant dimensions of the fame of Lady Gaga with respect to her music, videos, fashion, and other artistic endeavours". As he explained to the university's student newspaper: "We're going to look at Lady Gaga as a social event. So it's not the person, and it's not the music. It's more this thing out there in society that has 10 million followers on Facebook and six million on Twitter. I mean, that's a social phenomenon."

Although Deflem had seen her perform live on 30 occasions, he insisted his syllabus wasn't intended just for hardcore Little Monsters, adding: "The better fan will not necessarily be the better student." 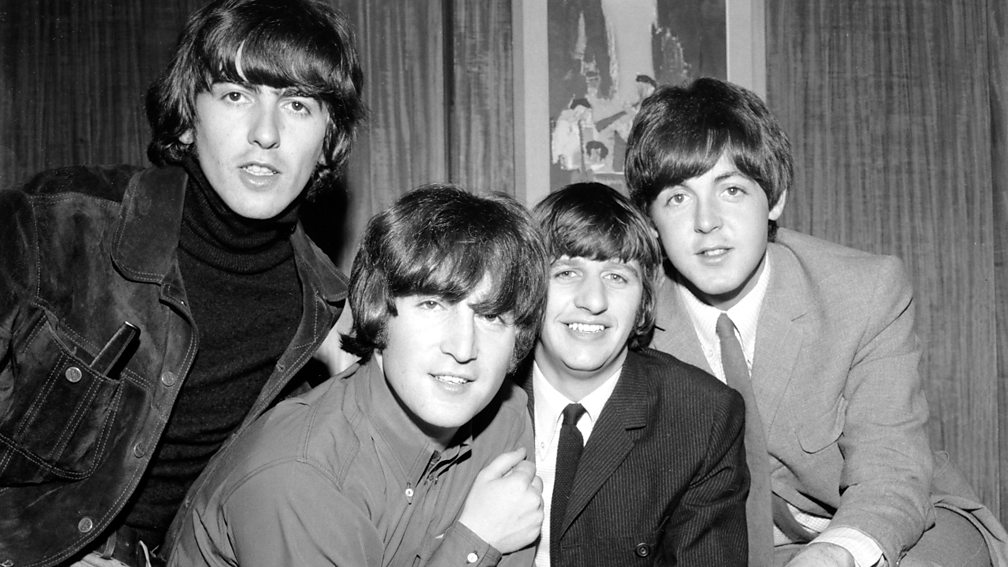 There have probably been more words written about The Beatles than any other band in pop and rock history, but according to Liverpool Hope University, there wasn't any opportunity to get a qualification in return for all that reading until it revealed its Masters degree inspired by the Fab Four in 2009.

"It's definitely the first Beatles-related MA in this country and I would say probably the world," said course leader Mike Brocken. Two years later, Mary-Li Zahalan-Kennedy - a Canadian singer who had released a handful of her own albums - became the first graduate of the course, and dismissed ideas that she and her 11 classmates hadn't had to graft for their Masters, revealing: "It was a lot of history. It was very much having to understand all of the history of British music, British politics and the economic state of the country at the time."

There were other challenges, too. "I couldn't make out a word anyone was saying at first," she said. "And then every time I'd just start to get used to an accent, I'd meet someone with a different Liverpudlian accent."

The fact that Kendrick Lamar's most recent album, DAMN., recently won the Pulitzer Prize for Music should give some indication of the richness of his work. Adam Diehl of Augusta University (formerly Georgia Regents University) was so taken with his 2012 record Good Kid, M.A.A.D City that he created a course of the same name, which used a variety of texts - including Lamar's album, the film Boyz n The Hood and literary works by James Joyce, James Baldwin and Gwendolyn Brooks - to explore the depiction of young people in cities such as LA, New York and Dublin.

Diehl told HipHopDX: "I think Kendrick Lamar is the James Joyce of hip hop - i.e. in the complexity of his storytelling, in his knowledge of the canon, and in his continuing focus on the city of his upbringing, Compton… in choosing this album for inclusion in my course, I am making the claim that great hip-hop albums deserve the level of academic analysis and discussion that has eluded many other classic LPs."

Learning institutions seem to love The Boss: Princeton University has offered a sociology course that explores Bruce Springsteen's depiction of America, and New York’s Rochester University gave students the chance to take a history course on him. In 2013, Rutgers University in New Jersey joined the ranks of Springsteen studies with a special theology class inspired by the way he "recasts biblical figures and stories into the American landscape".

Professor Azzan Yadin-Israel provided details of the course to Rutgers Today (via Rolling Stone), revealing: "Theologically, I would say the most dominant motifs are redemption - crossing the desert and entering the Promised Land - and the sanctity of the everyday. Springsteen tries to drag the power of religious symbols that are usually relegated to some transcendent reality into our lived world. In his later albums he also writes very openly about faith." 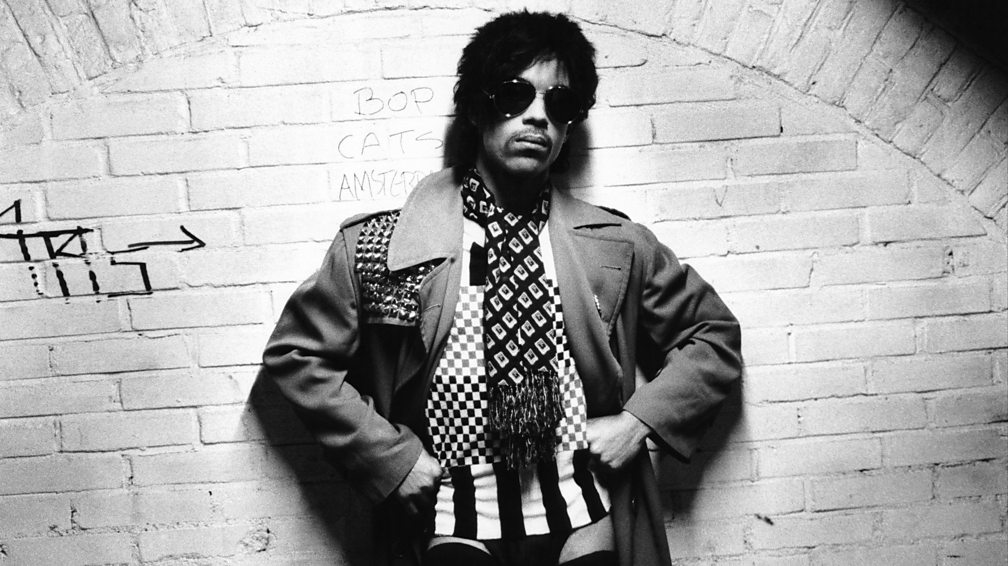 NYU are such big fans of Questlove that they've invited him to teach two courses. First, in 2012, The Roots musician was asked to be a guest lecturer for a Classic Albums course at the Clive Davis Institute for Recorded Music at NYU's Tisch School of the Arts. (LPs put forward for class discussion included Aretha Franklin’s Lady Soul, Michael Jackson's Off The Wall and Beastie Boys' Paul’s Boutique).

Then, in 2014, they asked him back to help teach a course about one of his heroes, Prince. "I'm not expecting people to walk away with their PhD in Purple-ology, but I want to light a spark," he told the New York Post. "It's a mistake to assume that even in this age of information, people just know about the fundamental records and artists of the 70s, 80s, 90s. What's the point of being a walking encyclopedia if you don’t share the information?"

Early reviews were good, with the class impressed that their famous teacher gave them access to rare Prince recordings he owned. "Just the fact that I got to hold one of Prince's original demo tapes blew my mind," said one student. "The class has gone so fast. It's so interesting, and Questlove is extremely knowledgeable. Regardless of the fact it's Questlove, he's also a really good teacher."