Is this it? What happened to the New York post-punk revival bands 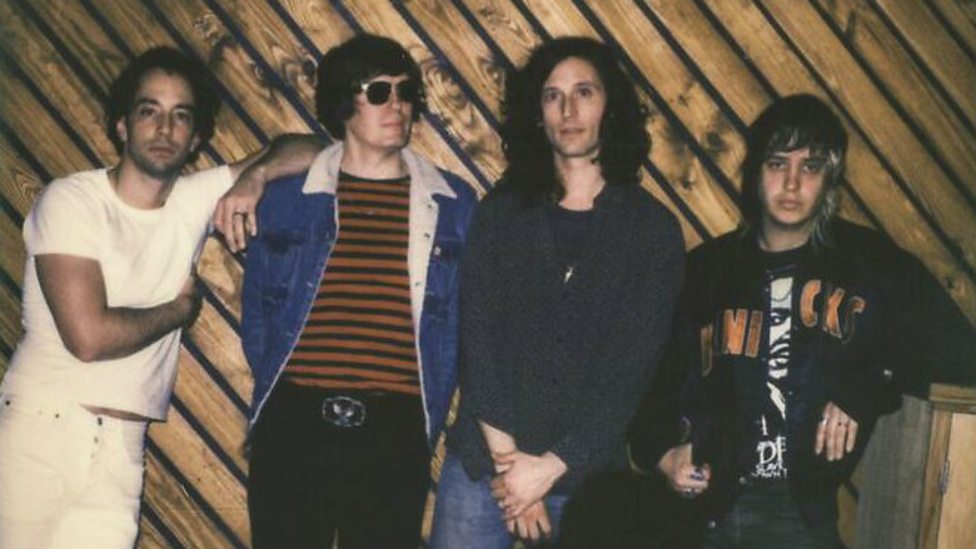 In the spirit of music journalists grossly over-simplifying history, let's go back to the 1990s, when the grunge explosion was seen off by Britpop, which then faltered, and by the end of the decade the rock and indie landscape in both the US and UK was, by many a critic's estimation, truly atrocious. Kurt Cobain was dead, tired nu metal bands were headlining festivals and tensions within groups like Blur and Oasis were threatening to completely derail them.

The door was left wide open for something new as we tiptoed into the 21st century, and it came in the form of a very retro band from Manhattan called The Strokes. Their debut album, Is This It - released 15 years ago this July - brought youth, sass and hysteria back, and spearheaded what became known as the New York post-punk revival: an explosion of bands, mostly based in Brooklyn, that took inspiration from the early-80s (just as groups like Franz Ferdinand, The Futureheads and Maxïmo Park did in the UK).

Not every Strokes record has been good, but they remain a huge band. As they return with a new EP, Future Present Past (hear two songs below and an Annie Mac interview with Julian Casablancas above), we explore the annals of time ourselves to see how their contemporaries fared.

Strictly speaking, it was The Strokes' May 2001 debut EP, The Modern Age, that caused all the fuss (and a label bidding war), but for many music fans it was Yeah Yeah Yeahs' excellent self-titled debut EP, released in the same month as Is This It, that truly signalled the birth of something new. The trio, fronted by Karen O, rose in sync with The Strokes, who they supported on tour, and by the time they performed Pins from their debut album, Fever to Tell, on Later... with Jools Holland in 2003 (above), they were indie rock superstars on both sides of the Atlantic.

Since then, just three more albums - all good - and various side projects, including exhibitions of photography by guitarist Nick Zinner and a solo album from Karen in 2014, Crush Songs. Oh, and they ended up with a writing credit on Beyoncé's Lemonade.

Where are they now? On hiatus (Karen had her first child last August), but you can bet this much-loved trio will return. 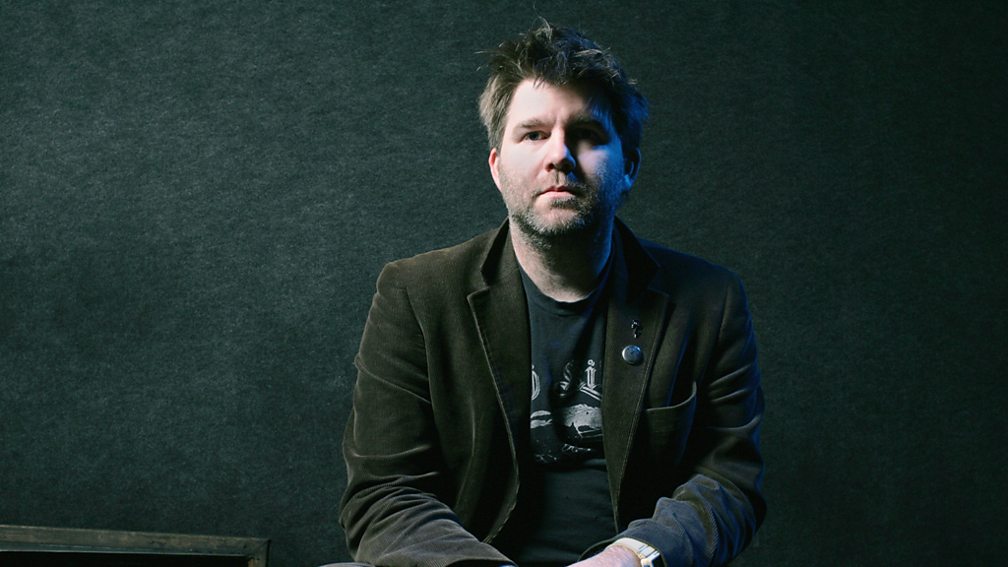 You could make a strong case for LCD Soundsystem's debut single, 2002's Losing My Edge, being the best song by any group on this list. Sonically and thematically, it defined the zeitgeist and turned its creator, James Murphy, into both a reluctant spokesman for his generation in New York and an unlikely pop star.

Murphy had founded the now-legendary DFA Records with Tim Goldsworthy in 2001. LCD Soundsystem began ostensibly as a low-key studio project releasing music on the label, then grew into a full-band touring behemoth and one of the most critically lauded groups of the decade. Their three albums are classics and what a way to go out - with a monster final show at Madison Square Garden in 2011 and a spin-off live album.

Where are they now? Gloriously disbanded. Except not; they're back and playing Glastonbury! "There are people who feel betrayed by us coming back," Murphy sheepishly wrote in a statement after some fans expressed feeling conned by their return. 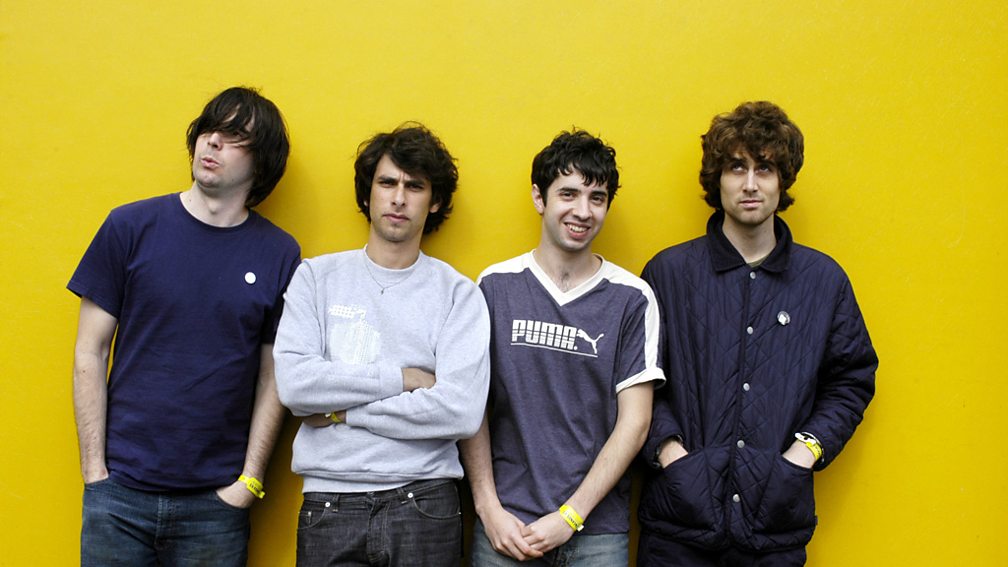 The Rapture, in its first incarnation, was a noisy punk band from California signed to Sup Pop before James Murphy saw them play in New York in 1999 and persuaded them to move east so DFA could produce them. Steeped in the hardcore scene, they were initially reluctant to move into the more dance-orientated direction that Murphy preferred, but the partnership worked and hit magnificent fruition with 2002 punk-funk single House of Jealous Lovers, a UK top 30 hit.

They instantly became the signature DFA Records' band, seemingly poised to cross over. Their full-length debut, 2003's Echoes, had fabulous moments, but the group never caught on in the way that LCD Soundsystem did. They went major-label for 2006's Pieces of the People We Love, then took a break. The horse had bolted by the time they released a lackluster 2011 comeback, In the Grace of Your Love, on DFA but without bassist Mattie Safer, a key member.

Where are they now? Officially disbanded, as of 2014.

Interpol are so well-known for their intra-band squabbles it's a wonder they're still around today, and you could say the same for The Strokes. They actually pre-date The Strokes by a year or so, and while plenty will suggest that they just aren't the same band since bassist Carlos Dengler left in 2010, their 2014 fifth album El Pintor - the first without Carlos - was reviewed well and went Top 10 in both the US and UK, as indeed its two predecessors did.

It's their first two albums, though, that truly thrilled, channelling the spirit of Joy Division and Echo & The Bunnymen into smart, dark and brooding songs (hear Slow Hands from their second album Antics on Later... in 2004 above). Back then, they looked like they might blow up as big as The Killers, and almost did. But then they probably had another blazing row and didn't speak to each other for weeks.

Where are they now? Ongoing, in fits and starts, and in depleted form. 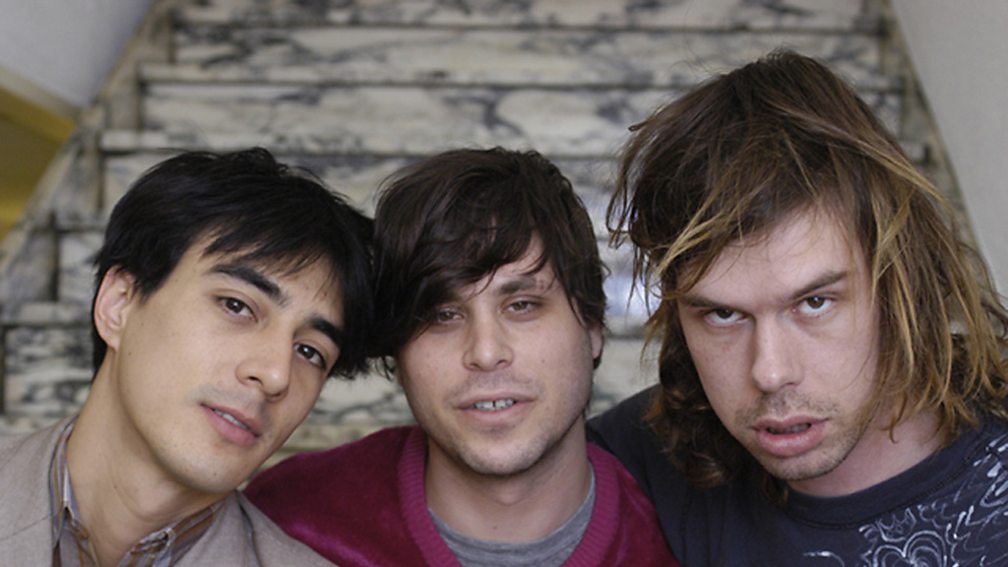 Liars certainly started out influenced by angular post-punk bands like Gang of Four (hear a session version of a track from their debut album, They Threw Us All in a Trench and Stuck a Monument on Top, above), but all bets were off soon as they walked into the New Jersey woods in 2003 and recorded their spooky second album They Were Wrong, So We Drowned in a cabin studio with producer Dave Sitek from TV on the Radio.

Since then, they've entirely ploughed their own sonic furrow, mixing noise rock with ambience and sometimes full-on techno in a long, consistent run of albums and EPs for UK label Mute, a natural home for them.

Where are they now? Cooking up something monstrous that will terrify children. 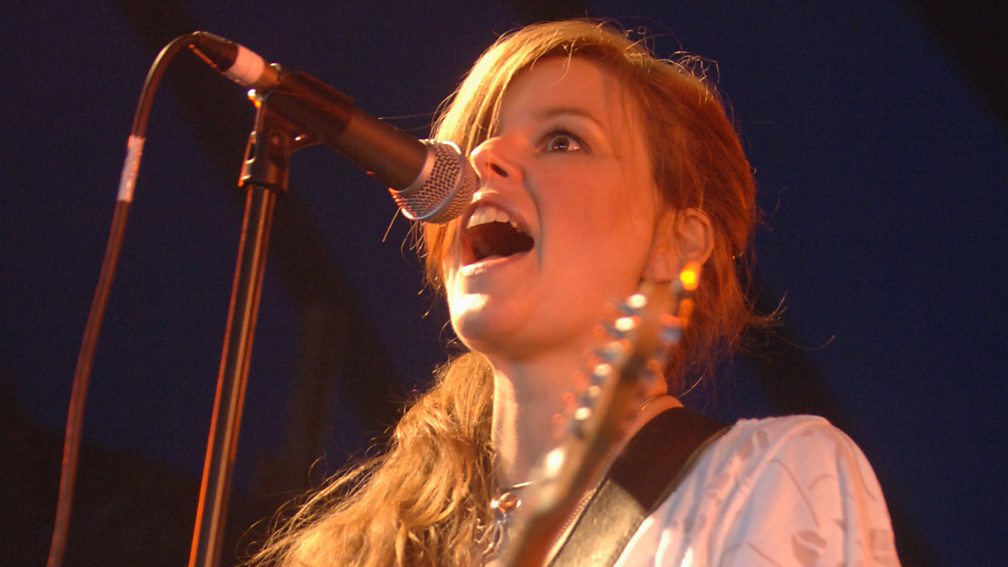 Plenty of bands on this list tried really hard to be cool and, to be fair, they mostly pulled it off. The Rogers Sisters, however, were born cool - the daughters of a record shop owner from Detroit called Ron and they were running their own bar in Brooklyn, Daddy's, all the time they were doing the band. Laura played drums, Jennifer played guitar and sang, and there was a non-Rogers in the group, too - bass player and singer Miyuki Furtado.

They melded garage rock and punk-funk with the new wave flavour of groups like The B-52s across three super-fun albums in five years (2002 to 2006), found a fan in John Peel, then called it a day in 2007, job done.

Where are they now? As far as we know, they're still running Daddy's. 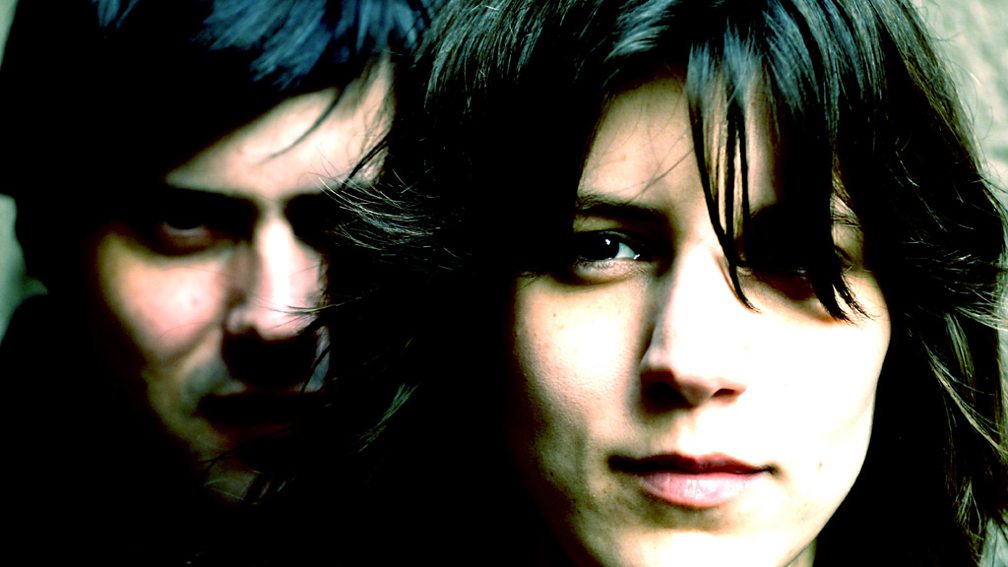 No group in New York in the 2000s sounded like The Fiery Furnaces and they're definitely the ones who sit most uncomfortably on this list of post-punk revival bands. They liked Devo, and they certainly had an art-punk aesthetic, but in interviews the brother in the band, Matthew Friedberger, spoke of a long-standing love of The Who and their rock operas. Their sound was a genuinely eccentric melting pot of the wilder ends of blues and rock, and live they used to rearrange their music almost from the bottom up, like they were sampling themselves. They were cacophonous at times, but equally capable of releasing relatively clear-headed pop songs, like Single Again (above).

We're speaking of them in the past tense, because the core of the group - Matthew and his sister Eleanor, originally from Chicago - are on hiatus with no current plans to record again. They've been highly productive as solo artists, Eleanor opting for a golden, singer-songwriter sound, while Matthew got even weirder. His last record was called Mr Fried Burger, I Resume?

Where are they now? We reckon they'll record together again, but not for quite a while. 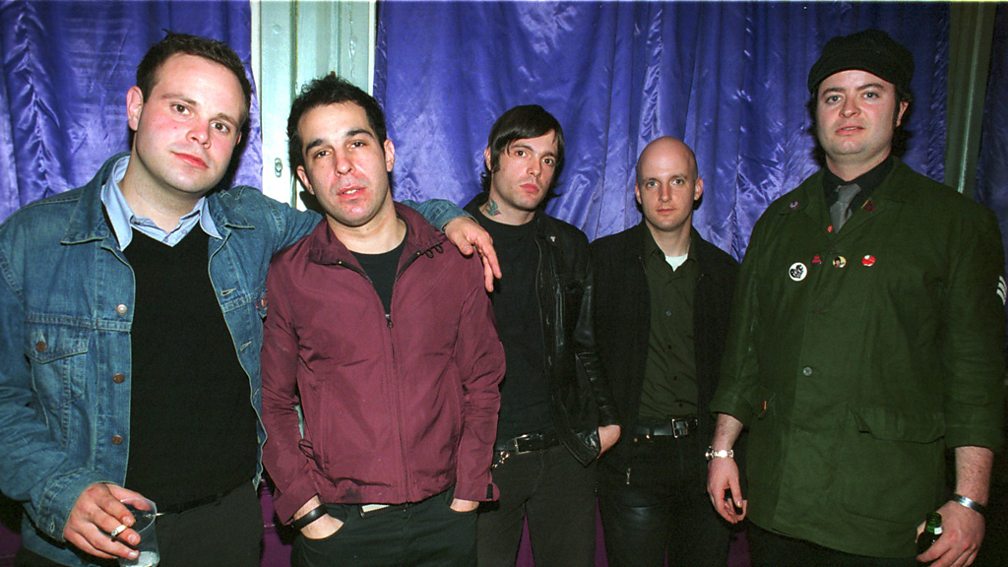 Radio 4 once said their music is "made in New York, is about New York, and sounds like New York" and they were named after a Public Image Ltd song from Metal Box. They also worked with the DFA production team, who saw where they were going with 2001 single Dance to the Underground - still an indie club staple - and extracted even more funk from their politicised punk on second album Gotham!

There's no shame in a band only having half an album of good music in them, if that music's as brilliant as the top end of Gotham!, which still sounds muscular and bold today. Radio 4 never bettered it, although they released two more albums in 2004 and 2006, before not exactly quitting but fizzling out. If you scour YouTube, you can even find live footage of the group playing as recently as 2012.

Where are they now? Possibly playing in your local pub this weekend. Check listings. 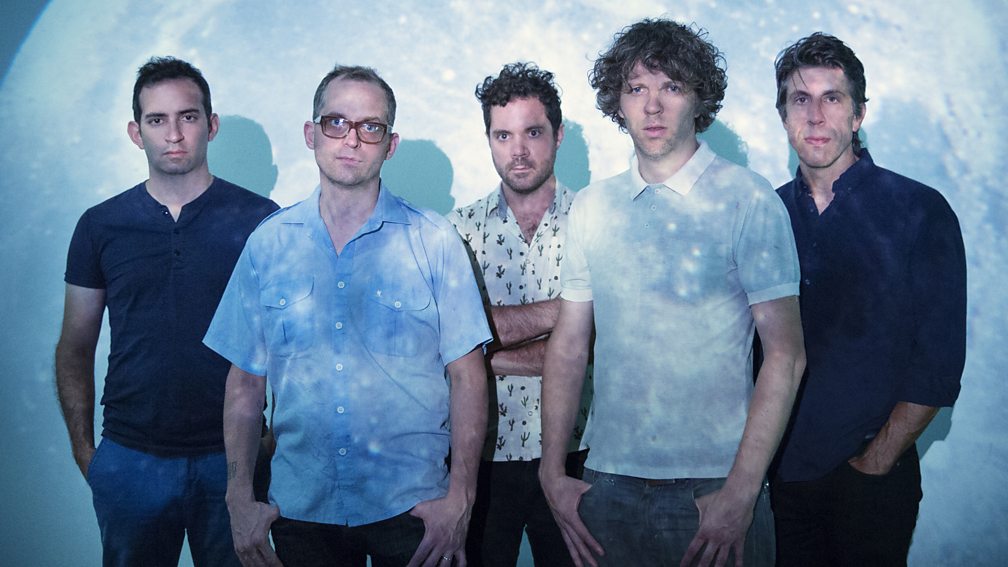 In the nicest possible way, !!! never seemed like they were going to stay the course. They're near impossible to Google, find it hard to hold onto bandmates (Wikipedia lists eight previous members, including Tyler Pope, who was also in the !!!-affiliated Out Hud, then joined LCD Soundsystem) and have never had anything resembling a hit record, although they've released plenty of great songs, including the nine-minute Me and Giuliani Down By the School Yard, which put them on the map back in 2003.

And yet, held together by frontman Nic Offer, they mark their 20th anniversary as a group this year and have reliably been releasing albums on Warp for more than a decade. They remain a live draw too and, to top it off, they're big in Japan. Expect them to still be around for the post-punk revival revival in about 20 years time.

Where are they now? Right behind you.