10 love songs that aren't really about love at all 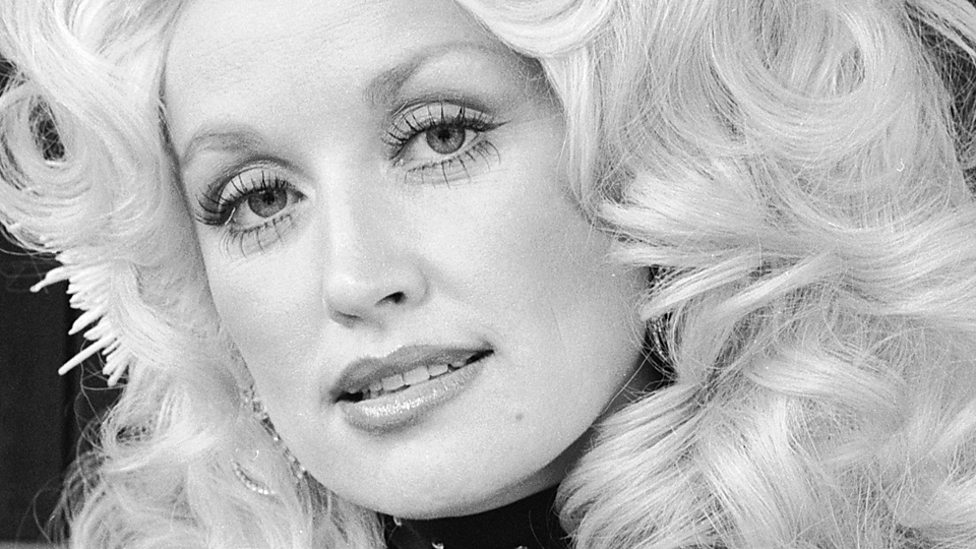 Every couple has their song, the one that makes them soften, catch each other's gaze and smile, remembering how they got together, the things they've been through and exactly what strange magnetism keeps them together. But not all songs are appropriate to the task, and quite a few songs that appear to be about love were originally written about something else entirely.

This can be part of the fun, and no one wants their special gooey moment ruined by a pedant who can't let things lie. So, for this year's Valentine's Day, let's just be aware of the potential pitfalls, double-check all songs for hidden meanings (starting with the selection below), but also learn to celebrate true romance wherever and however it rears its delightful head.

1. Can't Feel My Face by The Weeknd 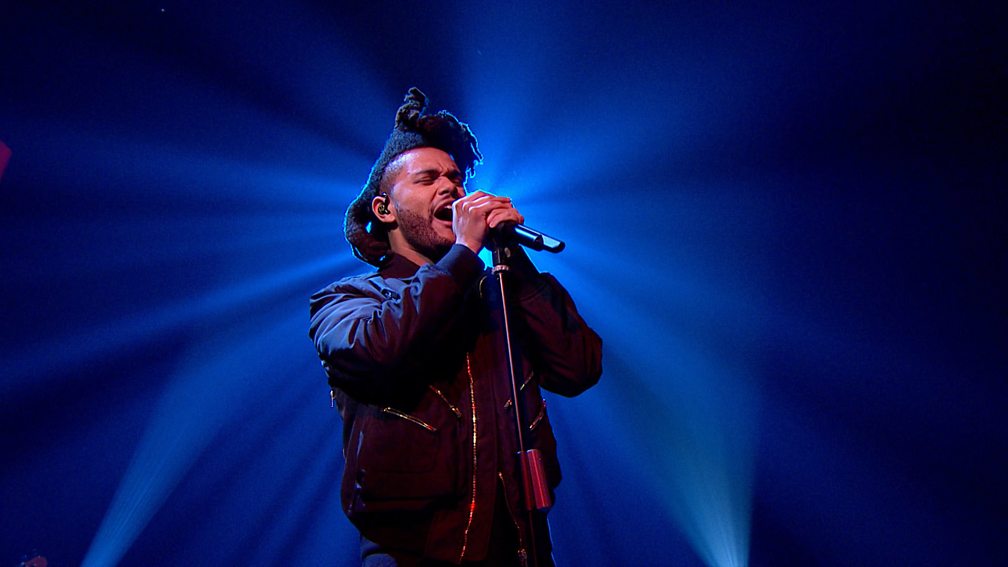 What it's really about: getting wasted

For anyone wondering why the force of love would be so strong as to render whole body parts completely numb; it's not a clever metaphor. The Weeknd is just using the image of a courtship to personify the effects of getting completely out of it.

He joins a long list of songwriters who may have written love songs to their own bad habits, including Paul McCartney (he has admitted that The Beatles' Got To Get You Into My Life is a love song to marijuana), The La's (There She Goes does mention veins a lot) and Lou Reed (Perfect Day may not be about having a lovely picnic and a snooze).

2. More Than Words by Extreme

What it's really about: sex

This tender and sincere ballad by Extreme, adorned with lovely Everly Brothers harmonies, is actually a passive aggressive whinge by someone who is feeling frisky but thwarted. It's a twisted arm up behind the back of an unwilling lover, akin to Please Please Me by The Beatles but without the impatient, "Come on! Come on!" come on.

Worse still, it's riddled with grammatical errors, as though the character in the song is too worked up to bother making sense - "Saying I love you is not the words I want to hear from you"; "More than words is all I ever needed you to show" - and has had to resort to pointing at various body parts while making up any old nonsense about love to try and get busy in the boudoir. 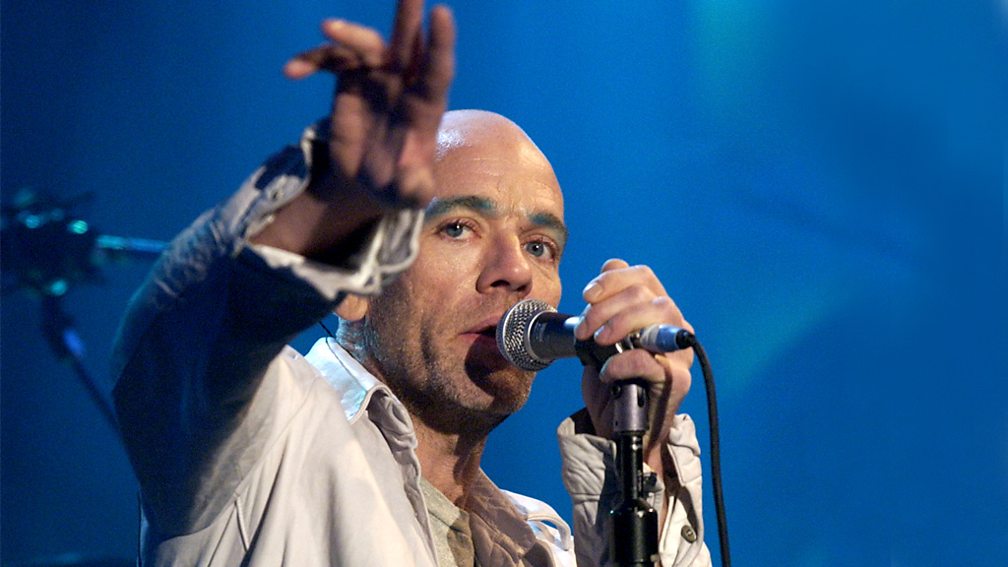 What it's really about: sleeping around

And then, a withering dismissal - "A simple prop to occupy my time" - a repeat of the first line and a chorus that repeats the word "fire!" like Michael is flicking the Vs through his rear window as his cab pulls away. Wow.

4. Ho Hey by The Lumineers 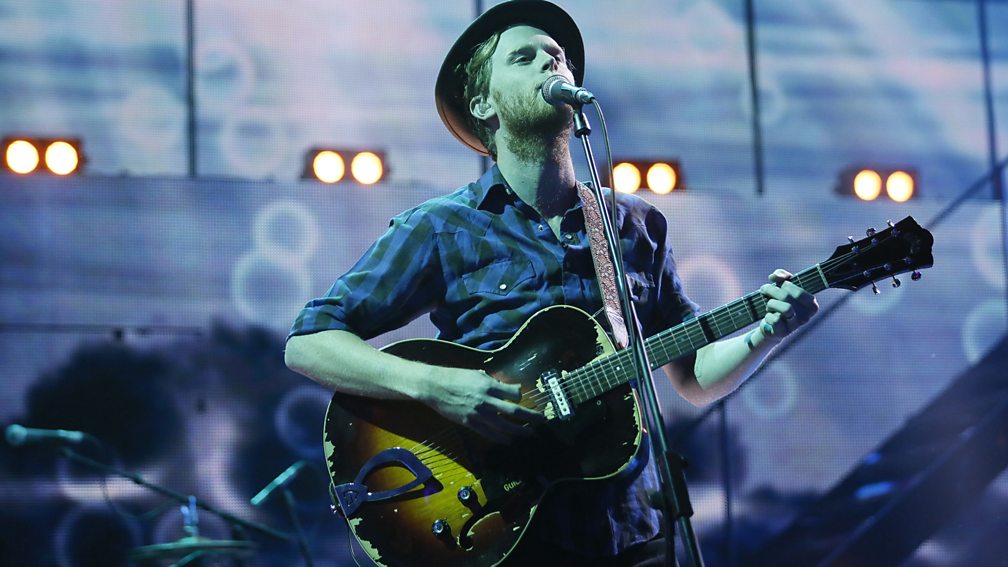 What it's really about: jealousy

Yes, the chorus refrain may be direct and heartfelt - "I belong with you, you belong with me, you're my sweetheart" - but a brief dig about in the verses to this song by The Lumineers reveals quite a lot of solitude and self-pity - "I've been living a lonely life"; "I don't know where I went wrong" - and a certain amount of presumption that the person the song is addressed to hasn't got the sense to know they're with the wrong partner.

Or to put it plainly, "I don't think you're right for him, think of what might have been" is the kind of thing you think while watching the first dance at a wedding, not taking part in one. 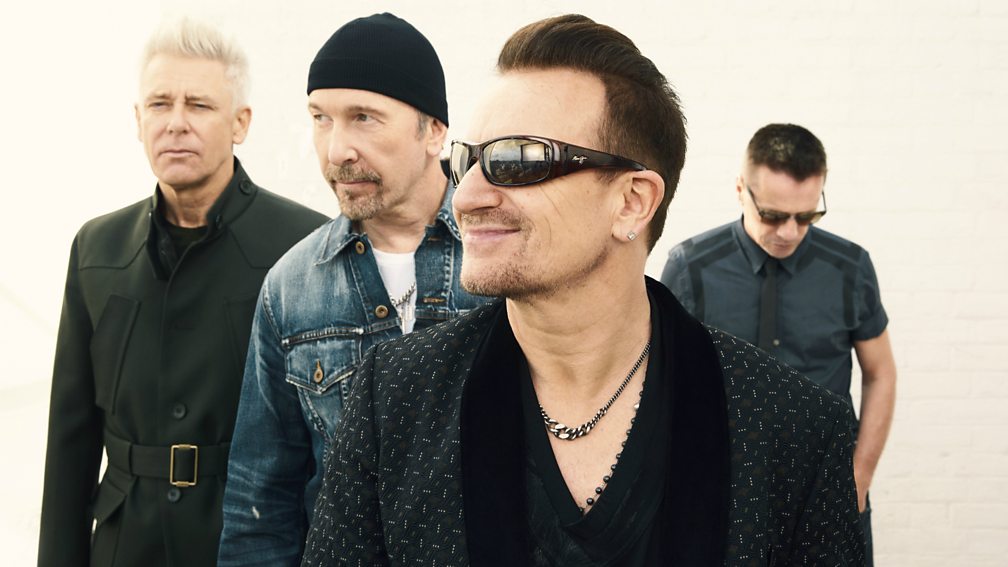 What it's really about: U2 having a row

Inspiration comes from many strange places, and the lyrics to U2's most lovestruck song is no exception. Having so thoroughly got on each other's nerves during the recording of their 1991 album, Achtung Baby, that they considered calling it a day, the four members of the band happened upon a magical chord progression in the studio, and commenced jamming.

Bono's words came quickly, and addressed not only the differences between the people in his group - "We're one, but we're not the same, we get to carry each other" - but also the reunification of Germany, as a note of hope in trying times.

6. Marry You by Bruno Mars 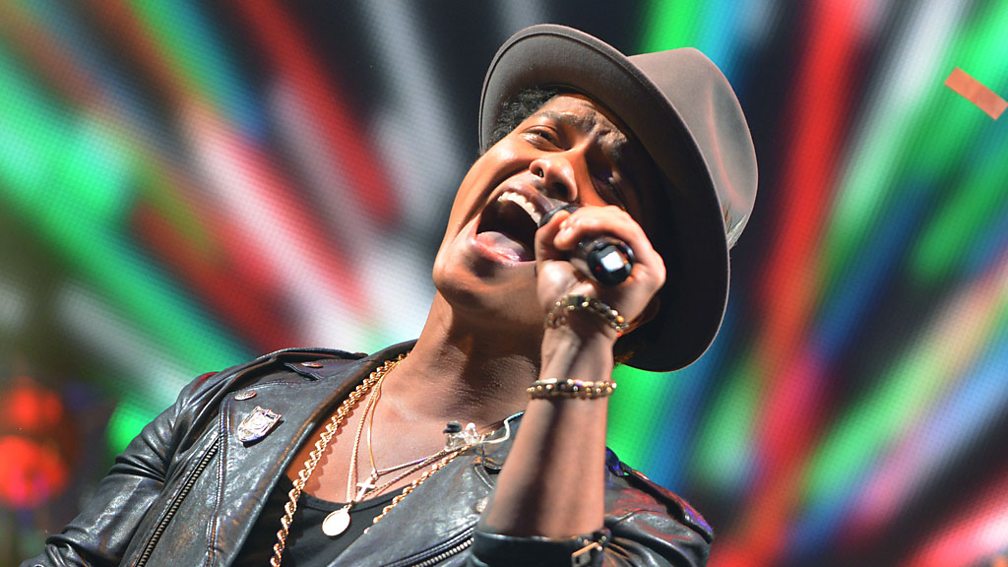 What it's really about: being bored

Some songs don't have deeply hidden meanings, but find themselves misunderstood anyway, and this skippy romance from Bruno Mars is a perfect example. He doesn't really want to get married, and he certainly won't commit to any vows with due solemnity: "It's a beautiful night, we're looking for something dumb to do." He's more than happy to write the wedding off as a drunken mistake and yet this song has already become a heavily requested first dance at actual weddings.

Granted, you don't have to mean every word you dance to, even on the most romantic day of your life. But it's a good idea to be wary of any song proposing marriage that concludes: "If we wake up and you wanna break up that's cool / No, I won't blame you / It was fun, girl."

7. You're Gorgeous by Babybird 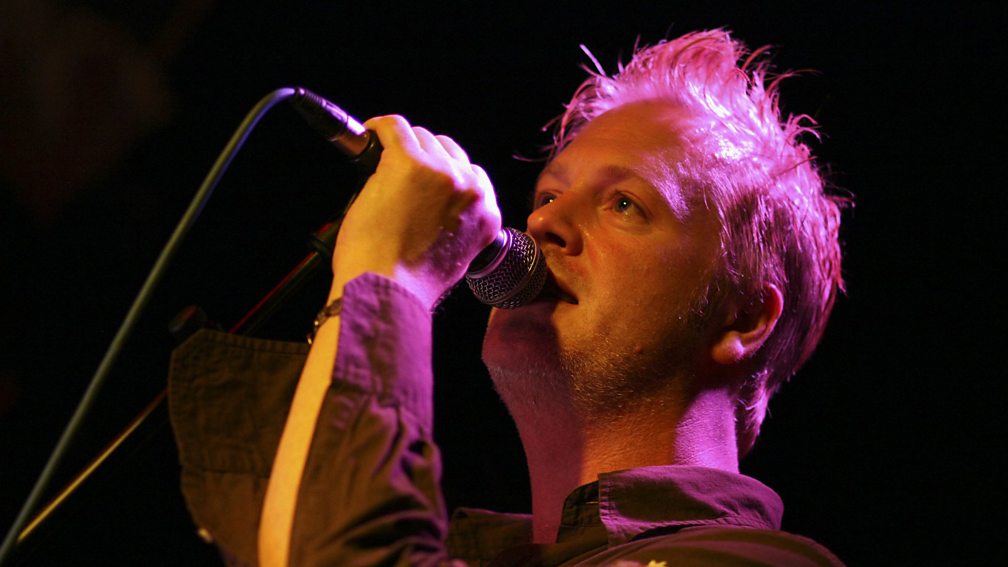 What it's really about: exploitation

It may boast a soaring and open-hearted chorus, it may claim to be sung by someone who would "do anything" for the subject of the song, but You're Gorgeous is anything but friendly. Babybird wrote it about seedy photographers asking women to arrange themselves in provocative poses in order to take and sell pictures for lads' magazines.

In the song, he switches roles, so he's singing from the perspective of someone being taken advantage of in the verses - "You said I wasn't cheap, you paid me twenty pounds" - and the pleading sleazebag in the choruses. And at no point does anyone hand anyone any flowers or chocolates.

8. Every Breath You Take by The Police

What's it's really about: obsession

There can't be many people so addled in love that they still believe this 1983 hit for The Police (complete with hand-stretching riff) is anything but creepy, can there? It's a song about a self-pitying man who wants the object of his affections to know that they're under constant surveillance for the crime of leaving him feeling bereft.

Sting does not care what they think about this state of affairs, he only cares about his poor, aching heart. And while this is an emotion that many people can empathise with - especially if they've just been dumped - it's not romantic in the slightest.

9. When a Man Loves a Woman by Percy Sledge

What it's really about: feeling foolish

Soul music is all about suffering. Even when the lyrics to the songs are among the happiest collection of words in the sunshine dictionary, it's there in the pleading grain of the voice singing them, and Percy Sledge did a lot of pleading. When a Man Loves a Woman is often taken as a statement of romantic vulnerability, a momentary loosening of the armour of male bravado to show the true feelings beneath.

In fact, it's a bitter song about how love makes men act like feeble idiots, written by a man who had just been dumped and was giving himself a firm talking to. And it just happened to be Sting's wedding song...

10. I Will Always Love You by Dolly Parton 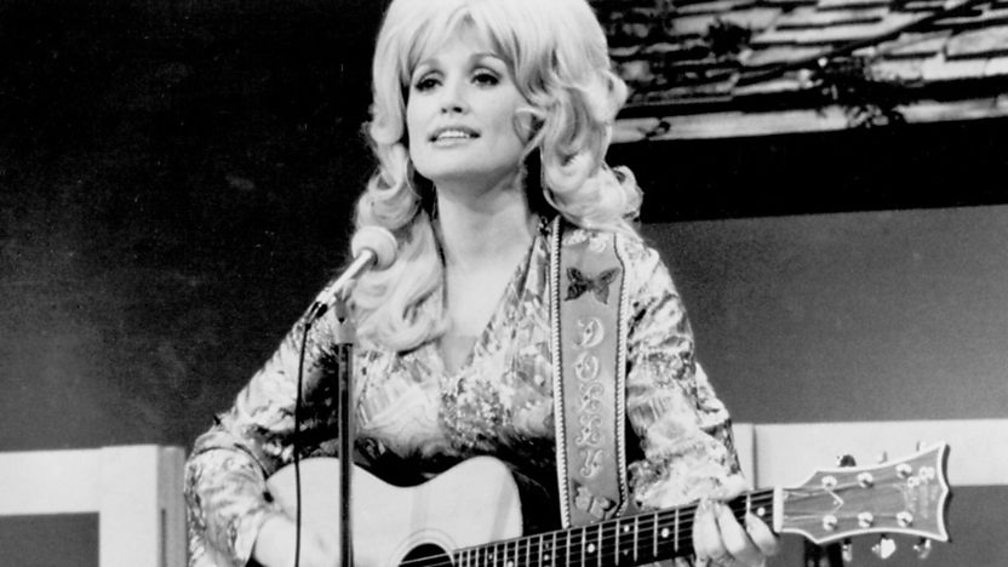 What it's really about: quitting your job

Dolly Parton wrote I Will Always Love You as a peace offering to Porter Wagoner, the country bandleader, TV star, Dolly's duet partner and the man who had mentored her and helped her establish her career. It's a song that states clearly that he had an emotional impact on her for better and for worse, but that it is time to go her own way. He reluctantly agreed, on the condition that he could produce the song.

And yet, as we've seen time and again in this list, while the verses hold the details to the song's meaning, it's the chorus that takes the firmest grip on the listener, especially when it has been taken out of its original context and delivered with epic triumph by Whitney Houston. She will definitely always love you.

The office whip-round looks rather feeble by comparison.