Does your town have a surprising music secret?

The historians of British music naturally spend a lot of time looking at cities for inspiration, but remarkable events happen everywhere, sometimes in locations that don't seem to be otherwise loaded with potential for astonishment.

So this is a salute to the smaller towns in which iconic things happened; the unassuming villages and quiet hamlets that acted as a backdrop or launchpad, or even just an interesting stop-off point on the way to startling musical success.

[WATCH] Oasis in their first BBC TV interview from 1994

While Swindon can rightly claim huge rock heritage points for being the hometown of three members of XTC, plus Billie Piper and Justin Hayward of The Moody Blues, it's the town's leisure centre that really deserves the blue plaque treatment. Oasis was named for the interior decor of its swimming pool, decorated to resemble a lagoon on a desert island. It also doubles as a gig venue, and in 1993, Inspiral Carpets played there as part of their UK tour. Noel Gallagher was their roadie at the time, and put a tour poster up in the bedroom he shared with his brother Liam. Liam liked the look of the word Oasis, partly because it reminded him of a cool clothes shop in Manchester's Arndale Centre, and decided to take it for the new band he was forming.

Sidenote: Liam did not actually play at the Swindon Oasis until 2011, on tour with Beady Eye.

Like a lot of decent-sized market towns in the 1970s, Aylesbury was blessed with a good record shop - Earth Records - and a great venue for visiting rock bands, named Friars. This club was known to host very excitable audiences, so it made sense for David Bowie to choose it as the location for his first public performance with the band who would become The Spiders from Mars. In September 1971 he played songs from his then-unreleased album Hunky Dory, first on acoustic guitar, then bringing on Mick Ronson, Woody Woodmansey and Trevor Bolder for a raucous climax.

According to Paul Trynka's Bowie biography Starman, the concert went down a storm, and afterwards David remarked: "That was great. And when I come back I'm going to be completely different."

The following January, a mere four months later (and a week before the events described in the clip above), they returned. This time most of the songs were from the album that would become The Rise and Fall of Ziggy Stardust and the Spiders from Mars, and David was heading into full Ziggy mode, a transformation that was complete by their third gig there, that July. Aylesbury has never forgotten its Bowie connection, and ran a successful crowdfunding campaign to fund a statue in the market square.

[LISTEN] Queen talk about their formation and influences

For a band formed in London, Queen certainly spent a good deal of their first gigging year in the South West. Their first proper gig with Freddie Mercury as lead singer (albeit with Mike Grose on bass guitar - John Deacon would join a few months later) was in Truro's City Hall on June 26, 1970. Drummer Roger Taylor had attended Truro School and cut his teeth playing with local bands, so it was a homecoming and grand premiere at the same time.

This was one of the last concerts at which they were billed as Smile - the name of Roger Taylor and Brian May's previous band - but they returned a month later to play a club called PJ's as Queen. It was a slow start for the band, and a year later they embarked on a tour of Cornwall, with local newspaper adverts still having to explain their appearance in Penzance as being, "Roger Taylor's group, formerly Smile."

Johnny Cash was a man who took great pride in his family background - not just his immediate heritage, but the lineage of his family, which he traced back to the Strathmiglo area of Fife after a chance meeting with Major Michael Crichton-Stuart, hereditary keeper of Falkland Palace, who commented on how many farms and streets in the area had his surname. And while this may have just been a minor point of interest for most stars, Johnny wanted to investigate further, travelling to Fife three times, and even recording a TV special there in 1981.

Bob Beveridge, local violin shop owner, was tasked with looking after him during one of his visits, and told the Guardian he was enormously interested in everything he saw: "He spent most of his time inquiring about the local people rather than the other way round. There is a wooden post outside the palace and I remember seeing Johnny just perching on that post and talking to anyone who would walk past."

During December 1976, the Sex Pistols were struggling to complete a UK tour. Their recent appearance on The Tonight Show, in which host Bill Grundy goaded them into swearing, had caused a moral panic and venues found themselves under huge pressure to cancel shows. One performance that did go ahead was in Caerphilly's Castle Cinema, a replacement gig for their cancelled booking at Cardiff's Top Rank. As BBC Wales discovered, locals were so concerned about a punk invasion the pubs were barricaded, with service restricted to regulars only. Outside the venue, protesters sang Christmas carols, conducted by local councillor Ray Davies, after a particularly fiery sermon from a Pentecostal preacher. There were even special leaflets in circulation, claiming that the Sex Pistols were a confirmation of Biblical prophecy.

Speaking to a local fanzine, Johnny Rotten said: "I'm just surprised that many grown-up adults can behave so ludicrously childishly. Don't they know their papers tell them lies? I don't think they do - they live in a twilight zone. That's alright, they can be happy in their own way, but I don't think they've got the right to interrupt my way; each to their own, God loves all kinds." 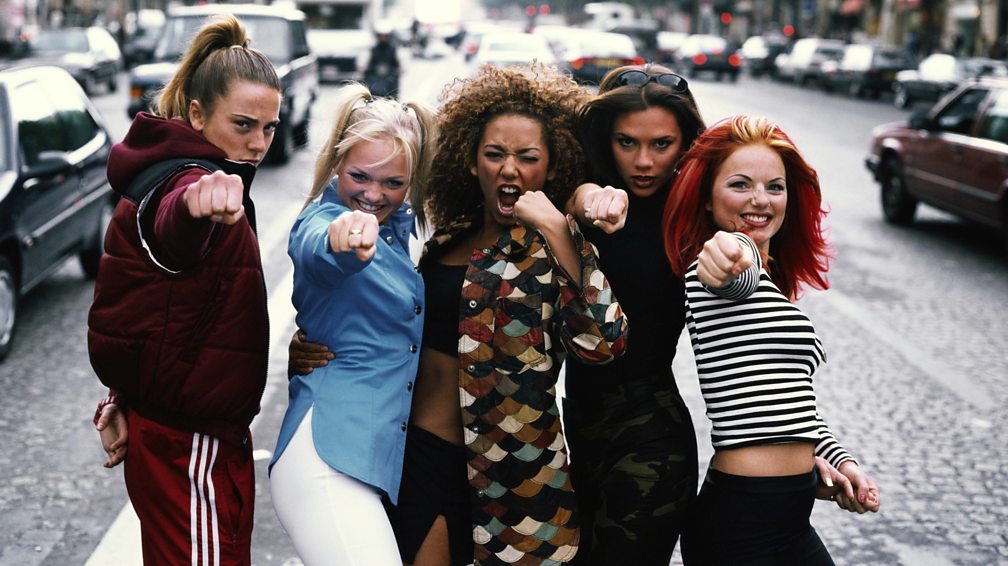 Boyn Hill Road is a quiet and unassuming street of red brick houses in Maidenhead, with plenty of off-street parking. And yet the Spice Girls shared a house on this road (albeit with Michelle Stephenson instead of Emma Bunton, and named Touch) while they got their act together in the mid-90s.

Living on very little, they spent every day in a rehearsal studio working on dance routines and songs, first in quite a young, bubblegum pop style (including the song Sugar and Spice that gave them their new name) and then with a bit more spirit. Michelle was later replaced by Emma, and the girls moved out when they split with the managers that had put them together. But this is really where Girl Power started. 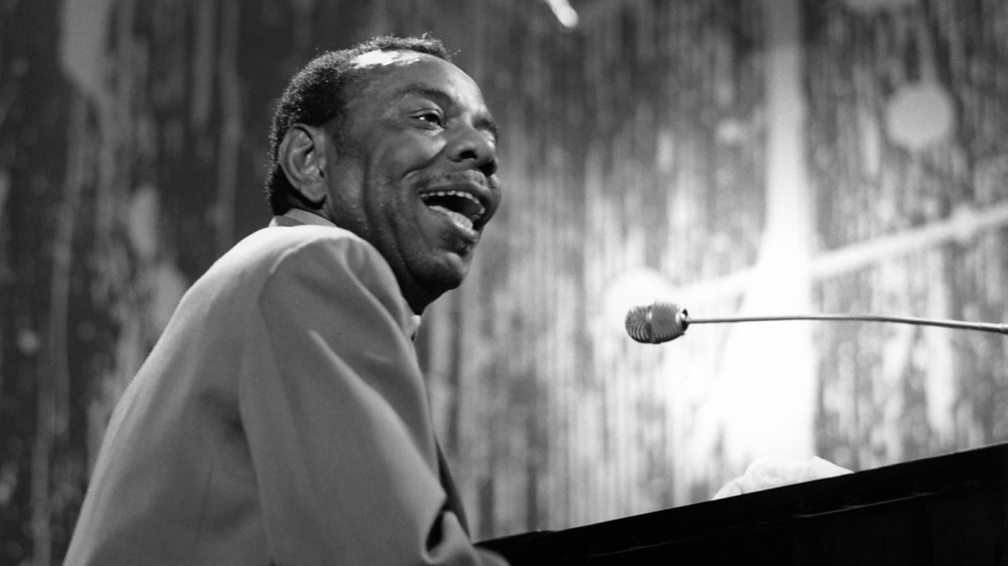 Road-hardened bluesmen do not, as a rule, settle in northern English towns. Which makes Champion Jack Dupree all the more remarkable. The former boxer and prodigious blues pianist met Shirley Ann Harrison in a London club during the 1960s blues boom, and decided to leave America, where he had suffered racial prejudice, and settle in her hometown of Halifax.

Their Ovenden house then became a stop-off point for visiting blues artists. After he left the area in the late 70s, his piano was later discovered in the drama department of Halifax's Calderdale College, covered in props and costumes.

Immaculate Hampshire villages are not commonly considered to be breeding grounds for future music stars, but then, not every village plays host to a famously liberal-minded private educational establishment like Bedales School. Very encouraging of their pupils' artistic talents, they taught future notables such as Daniel Day-Lewis, Minnie Driver and Kirstie Allsopp, and even played host to Lily Allen, Luke Pritchard of The Kooks and Emmy the Great at the same time.

Not that there's much love lost between former classmates Lily and Luke. She famously attacked him on her blog (back in the days when blogs were still a thing) for backstage self-regard: "There is no excuse for wearing broken straw hats and dark sunglasses two storeys underground of Alexandra Palace while strumming your guitar like you're treating everyone to an exclusive showcase for your next album - this is a dressing room and you're not Jim f****** Morrison, okay! I don't want to hear your rendition of Waterloo Sunset four times in an afternoon."

Across the UK, there are probably as many Beatles-related local points of interest as there are names in the atlas, but Sevenoaks deserves special mention because two interesting things happened there on the same day. On 31 January, 1967 the band came out to Knole Park, on the outskirts of town, to film the iconic promo video for their new single Strawberry Fields Forever. While they were there, John Lennon wandered into a local antiques shop and took a fancy to a 19th century poster for a performance by Pablo Fanque's Circus Royal in Rochdale.

The archaic showbusiness phrase "Mr Henderson will undertake the arduous task of throwing 21 somersets on the solid ground" lingered in his mind, and he later used large portions of the text in the lyric for Being for the Benefit of Mr. Kite. Although in his version, the horse was called Henry, not Zanthus. 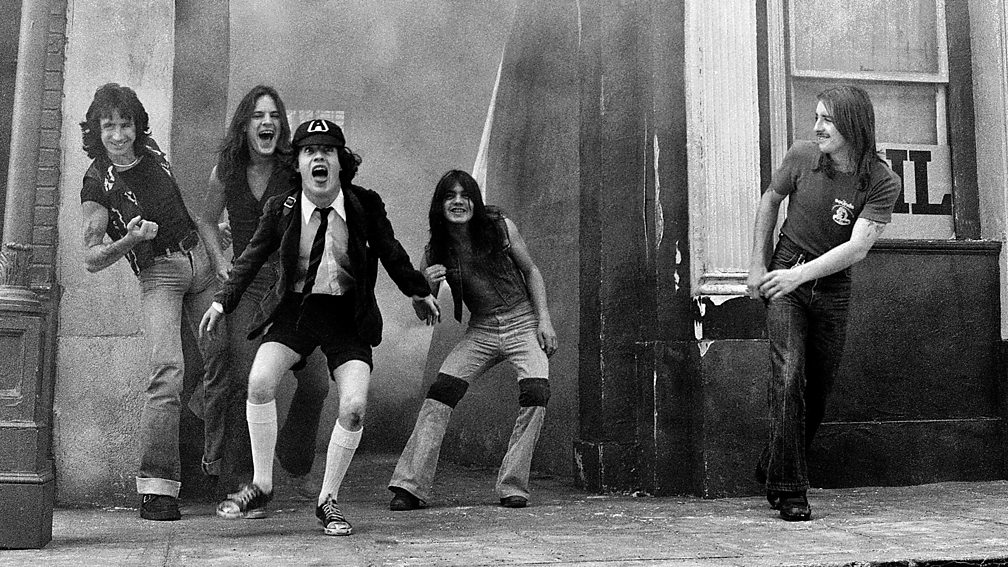 AC/DC are largely considered to be an Australian band, trading in no-nonsense rock 'n' roll with the minimum of artifice (although it's safe to say Angus Young is no longer at school in real life). However, their classic front line - the Young brothers and Bon Scott - were all expatriate Scots, who moved to Australia as children. The Youngs were originally from Glasgow; the Scotts came from the north-east, Kirriemuir, near Forfar.

Local residents are rightly proud of Bon's success, having stumped up for a commemorative statue on Bellies Brae (complete with bagpipes) and Bonfest, an annual musical celebration of his life and music. And yes, isn't it strange how he travelled all the way from Angus to Australia, only to form a band with a man from Australia called Angus?