Cut! 6 of the weirdest albums released by Hollywood stars

Plenty of actors make music and, in most cases, it doesn't seem so unexpected. Johnny Depp hoped to make it as a rock star before finding success in film; Keanu Reeves has always had a parallel career playing in bands; and somehow it makes sense that in November Jeff Goldblum is releasing an album of jazz tunes, The Capitol Studios Sessions, which he told Chris Evans about recently:

Sometimes, though, actors' forays into music are quite unexpected and, at times, plain weird. Here's a selection of music curiosities created by Hollywood's finest...

Wicked Wisdom - Bleed All Over Me

You might well know Jada Pinkett Smith from her roles in Menace II Society, The Nutty Professor, The Matrix Reloaded and The Matrix Revolutions, and for voicing the character of Gloria - a hippopotamus - in the Madagascar franchise. Married to Will Smith, she's also one half of a Hollywood power-couple.

Less well-known is that Jada fronts a nu-metal band, Wicked Wisdom, whose eponymous 2006 album contains songs called Bleed All Over Me and Yesterday Don't Mean, which has a chorus that repeats, "Yesterday don't mean s*** today!!!" 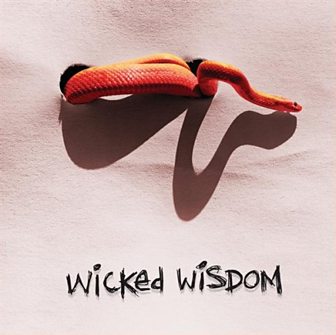 "I listened to all kinds of metal as a kid," Jada told MTV in 2006. "Metallica, Guns N' Roses. I would always look at Axl Rose and say, 'Why aren't there any chicks out there doing this now?' I always wanted an opportunity to get out there and rock out."

Wicked Wisdom is the second of the band's albums (2004's My Story is more of a rock-funk record). And if you think that Jada ever intended to keep the group indoors as a studio project, think again. They've frequently headed out onto the road to face the test of whether they could cut it in front of metal fans, including as part of Ozzfest in 2005.

"The first six shows were really rough," Jada told LA Daily News (via Blabbermouth). "We had a steep learning curve. Those first few shows, the fans were brutal. By the time we got to show number seven the audience started to come around. By the end of the tour, during our last set, we had three mosh pits going while we were playing. The crowd was truly with us." 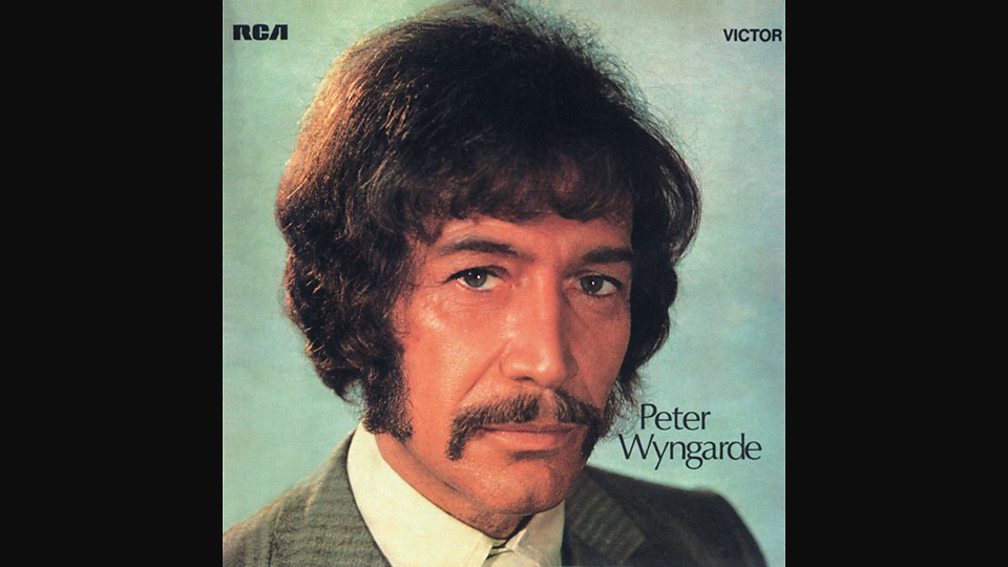 Peter Wyngarde's self-titled album from 1970, reissued in 1998 with a new title - When Sex Leers Its Inquisitive Head - isn't just the weirdest album on this list, or the weirdest album ever released by an actor, it's among the most outrageous records ever to see the light of day.

Wyngarde, who died in January, became a TV star and sex symbol playing novelist-turned-detective Jason King in Department S (1969–70) and Jason King (1971–72), having already made his name as a respected stage actor and from appearing in The Avengers, The Saint, The Baron, and The Champions.

Part-Terry Thomas, part-Austin Powers (Mike Myers is said to have partially based his character on Jason King), he was offered the chance by RCA Records to make an album, although he couldn't sing. "When RCA came up with an offer, they told me I could do whatever I liked - that's what really appealed to me," he's quoted as saying in the sleevenotes to the reissue. "I saw the record as an entertainment in its own right; to be enjoyed tongue-in-cheek."

It's a highly idiosyncratic listen, featuring Wyngarde examining masculinity and other topics in spoken-word passages set to music produced by Vic Smith and Hubert Thomas Valverde. And it became instantly notorious for the last track in an opening suite of three songs. Called Rape, it inexplicably finds Wyngarde adopting a range of stereotypical accents (German, French, Chinese, Russian) to explain how perceptions of rape supposedly differ across the world.

Exactly how the album got released by RCA remains something of a mystery, but it's thought to have sold well until RCA wised up, refusing - according to Wyngarde - to press any more copies. "I think they expected eight or nine Sinatra cover versions, but we wanted to do something new," he said. "The album's success really took them by surprise. They were mired in a scenario similar to The Producers, where the only really successful act they had on their books at the time was Elvis Presley, and the plan was that my record would go down as a tax loss. It rocked them on their heels when the opposite happened and it became a tax gain!" 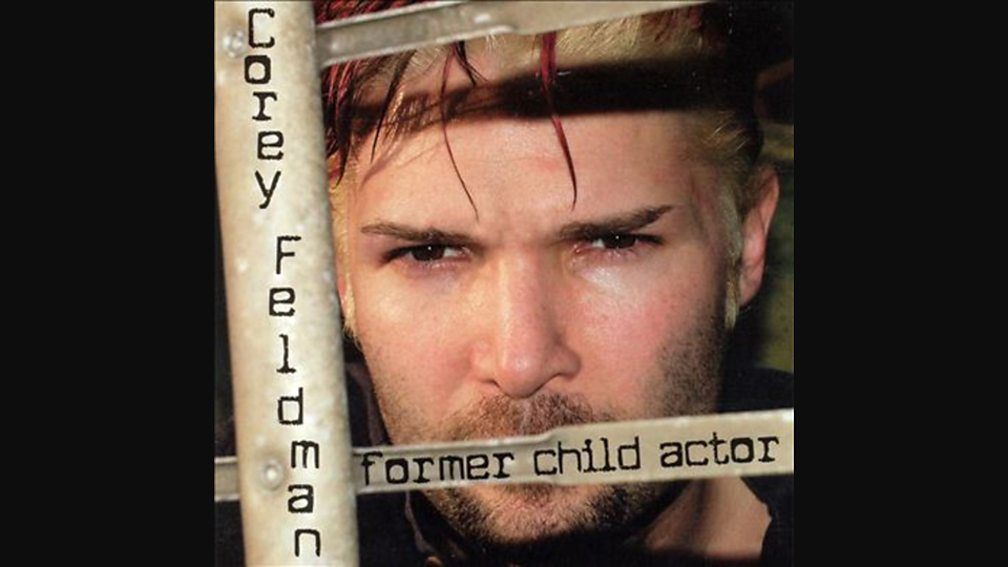 Corey Feldman became enormous news in the 1980s starring in such era-defining films as Gremlins, The Goonies, Stand by Me and The Lost Boys. The 90s weren't so good to Feldman, leading to the creation of this eccentric record from 2002. "I could've been great / Could've been a contender / But now I can't do s*** / 'cause I'm a former child actor," he sings on the grungey title track, co-written with Rick Springfield. It was all a bit metaphysical.

The album wasn't a success. "Only the first 2,000 copies of the CD contained the cover of [John Lennon's] Imagine," reported The Awl, 10 years after its release. "My copy, purchased last week, contains the cover of Imagine."

Christopher Lee - Charlemagne: By the Sword and the Cross (2010)

By far the most famous musical turn by an actor best known for appearing in British horror films is Vincent Price's monologue in Michael Jackson's Thriller. But for metalheads, there's no bigger god from the world of cinema than Christopher Lee, whose 2010 album Charlemagne: By the Sword and the Cross and its (heavier) follow-up, 2013's Charlemagne: The Omens of Death, became instant cult classics.

Lee, who played Dracula in many Hammer Horror films, Scaramanga in The Man with the Golden Gun, and Saruman in The Lord of the Rings film trilogy, had long been fascinated with heavy rock - claiming to have become a Black Sabbath fan in the 1970s - before giving it a go himself. In 2005, he began a series of collaborations with Rhapsody of Fire and he also appeared on Battle Hymns MMXI, Manowar's 2010 re-recording of their 1982 debut album. 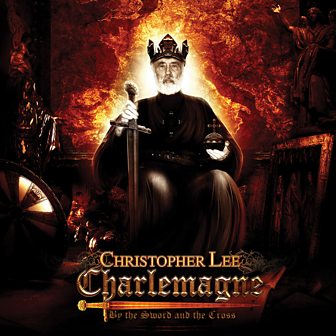 Charlemagne: By the Sword and the Cross is a fantastically dramatic symphonic metal album that Lee made with Italian musician Marco Sabiu. It won the Spirit of Metal award at the 2010 Metal Hammer Golden Gods ceremony, at which he described himself as "a young man right at the beginning of his career". He was in his late-80s. Let Legend Mark Me as the King - the lead single from Charlemagne: The Omens of Death - was released on his 90th birthday, making him perhaps the oldest performer in the history of heavy metal.

"I have a great belief that things, no matter what they are - music, literature, anything in life - should from time to time surprise people and that's what I believe in: surprising people," he told Metal Hammer in 2014, the year before he died (via Rolling Stone). "Heavy metal has, since its very beginning, surprised in the best sense of the word, and people all over the world. To be involved in that, and to show people that even now I can still surprise my audience, it's very important."

Ahead of Record Store Day in 2016, we asked two BBC 'Grams' experts, Dan Hatswell and Nigel Griffiths, to dig us up some curiosities from the Archive Centre at Perivale, near Wembley. This was one of their selections. "There's plenty of William Shatner music out there, but it's Shatner as Shatner, not Captain Kirk," Dan told us. "This is Leonard Nimoy in character as Spock. Pretty niche record, but of interest. There's definitely something about Spock."

Released in 1967 to coincide with the huge success of Star Trek, Leonard Nimoy Presents Mr. Spock's Music from Outer Space is both a bonkers time capsule and a really fun listen. In a review for AllMusic critic Bradley Torreanoit says: "It's hard not to like the album as a whole; as obviously thrown together as it is, it still works. Even people who hate the series will probably get a kick out of this fun, oddball mix."

The album was Nimoy's debut. He went on to release more straight-ahead records, covering such songs as Proud Mary by Creedence Clearwater Revival and Johnny Cash's I Walk the Line. 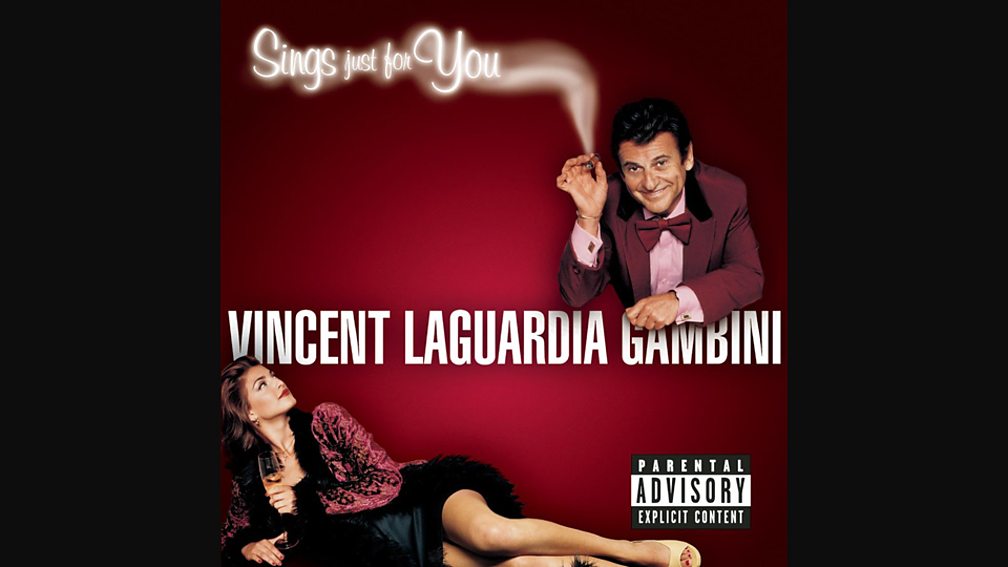 Joe Pesci had a stellar career playing hardmen in - most notably - Martin Scorsese films, alongside Robert De Niro. Then, in the late-90s, he decided to throw in the acting towel and concentrate on his first love - music (in 1968 he released a covers album as Joe Ritchie, Little Joe Sure Can Sing!). Vincent LaGuardia Gambini Sings Just for You is an extraordinary record, and extraordinarily sweary. He sings in character as Vincent LaGuardia Gambini from his 1992 comedy My Cousin Vinny and even manages to include a bizarre cover - or re-imagining - of Blondie's Rapture, Wise Guy.

Whether he imagined such a blue record could give him a second career as a mainstream singer is anyone's guess, but no further Pesci albums have been released. Sensibly, he recently chose to team up with Scorsese and De Niro again in The Irishman, which will be out next year.